Alun Murch started parkrunning in January 2020. The sense of accomplishment and shared experience he found at parkrun ignited a new found love for running.

With lots of tips for motivation, this is his story.

The only running I did, until I discovered parkrun, was playing 5-a-side football once a week, otherwise I’ve avoided it as its not been something I ever enjoyed.  My brother, who has long been into running, told me about parkrun. He had recently started attending with his wife and son.

parkrun sounded like a good opportunity for me to spend some time with my brother and his family. The more I heard about the social side of parkrun and the community spirit that those shared Saturday mornings seemed to generate, made me want to see what it was all about.

My first parkrun was in January 2020 at Bramhall Park in Stockport, my ‘home’ parkrun. It went really well and not at all what I was expecting, although I’m not exactly sure I knew what I was in for!

I also train in the martial art of Eskrima and a few months before my first parkrun I graded for my teaching level.  This involved an hour or so of demonstrating techniques then several hours of nonstop fighting against a rotation of other teachers and students.  Building up to that I had put in a lot of hours at the gym on weights, rowing machine and the cross trainer.  I continued that regime each morning and went into my first parkrun after a couple of hours workout.  I didn’t really have an idea on how long a 5k was, how my legs would cope or really what to expect at all, but I had a great time and knew I would be back.

I really enjoyed that shared experience with the other parkrunners, using that to motivate me as well as trying to motivate others myself.  There was a real team spirit that was buzzing around the crowd.  Plus, my brother and I have always been competitive with each other so that is quite a driver! 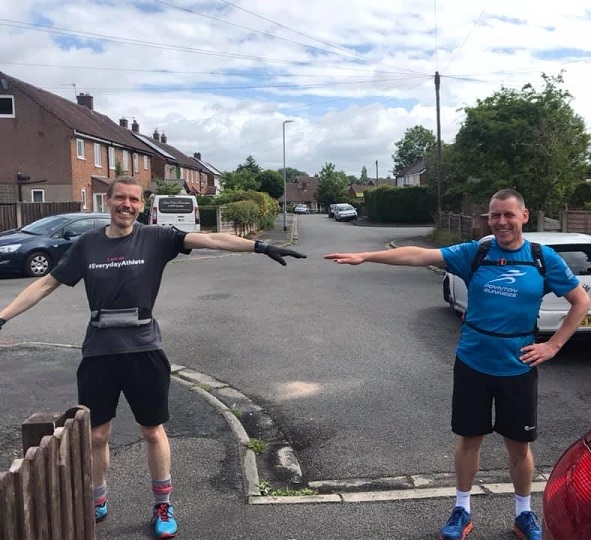 I think parkrun ignited something in me, much like my martial arts, where I get embedded into an idea and feel I have to run with it (pun intended) to see how far I can go.  After getting used to running 5ks, I just saw the progression towards those other milestones of 10k, half marathon, marathon.  I wanted to see if I could hit those targets, which seemed daunting at first.  I remember having walked a 10 mile distance once and being wrecked afterwards and also barely being able to hobble along the last few miles of a night time marathon distance walk.  The idea that I could maybe run those distances, and the journey of getting there, really appealed to me in terms of wanting to explore what my body can do. Slowly, I’ve just pushed my limits and evolved my training as I’ve gone along so that I now see my default day as starting with a 10 mile run, with longer runs when I can fit them in.

I’m so pleased to have discovered running, particularly with gyms being closed during lockdown. Before now, I really couldn’t see how running could be fun. parkrun helped me find a way into it, with the challenges and social aspects unlocking the enjoyment for me.

I generally run from my front door, particularly during lockdown.  So, for now, the places where I like to run I have to run to!  I change it up each day, with a few routes that I sometimes fall back on but I mix and match a variety of different segments starting and ending at home.

My longest run so far has been a 30 miler. It felt great, better than some of my shorter runs!  I think I did it on one of those days where I was just in the right mind set and my body was ready.  Before that, I had done a marathon distance twice.  During the first one of these I ended up walking a couple of times, the second I jogged the whole way.

I mostly run on my own, though once every other week or so I usually end up having a socially distanced jog with someone.  I do enjoy those times, when we can arrange them and jump at the chance, but I also enjoy my solo running.  It’s fascinating that something as basic as just putting one foot in front of the other can have so much nuance and the vast difference in experience there is between social running, solo running, covering different distances and so on.

All this running doesn’t come easily and most days I do lack the motivation to get out and run. I suffer from depression, which I think is part of it. No matter how much I know I will feel good having completed a run or it will be fine when I get out there, I can honestly say that virtually every day I have to drag myself out of bed at 6am and force my shoes on.

I think you have to have determination and drive and not give yourself excuses.  For me, motivation is the word for those days when you are feeling great and want to get out and do something, but those days are few and far between.  Some people seem to have motivation in spades and I envy them! Until I find that ‘motivation’ I will encourage myself on with that sense of accomplishment! 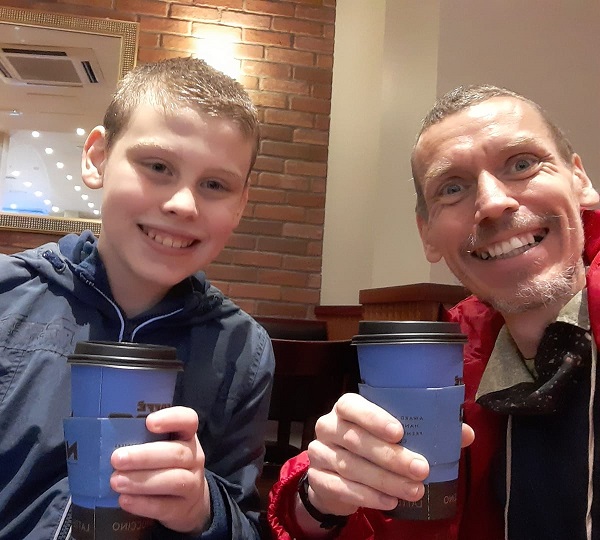 I have set my target this year of running at least 3,000 miles in total.  Stepping up from 2,000 in 2020.  I’m not following any sort of programme or plan, simply aiming to achieve around a 10 mile run a day, some will be less and when I have the time, others will be much longer. Having 3 kids and with work too, it’s about what I can fit in as much as anything else!

I turn 44 yrs in February and I’m contemplating a 44 miler to celebrate that! My aim is get at least a 50 mile run in before the end of this year and eventually look at attempting some long distance events such as the running of Hadrian’s Wall or Escape From Meriden or even something like the Appalachian Trail. It’s good to dream!

I’m looking forward to being able to just get back to parkrunning, meeting people and seeing what sort of times I can set.  Although I am into the longer distances, parkrun will always be something I will do as well.  parkrun is about so much more than just the running and I can’t wait to have that back in our lives again.  I like the idea of running to different parkruns to take part in them.  Now that would be an adventure! 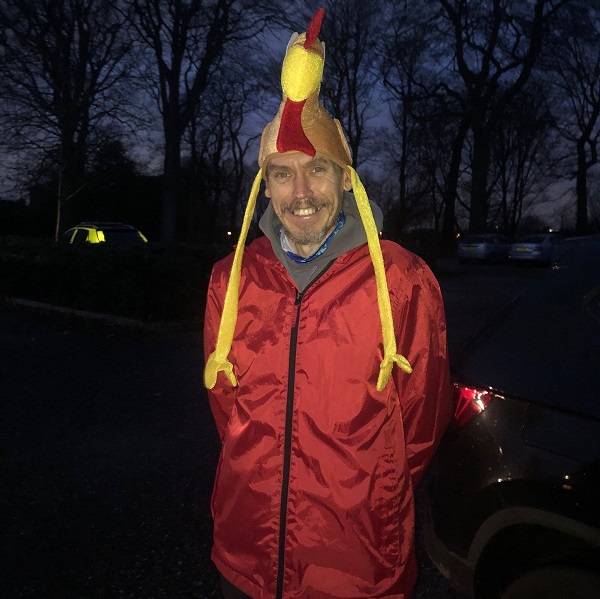 Despite now running quite a lot by most people’s standards, I don’t see myself as a runner and I think that’s kind of a good thing.  A runner isn’t something you are, it’s something you do and if you can, no matter how fast or slow, how long or short, then I’d recommend trying and maybe see it as part of something bigger in life rather than its own thing.  I love to get lost in podcasts when I run, for example, and so I run as part of my listening experience.  Or, for these crazy longer runs I want to do, I see them more as adventures that the running is part of, rather than just a long run.  I find that by seeing running as part of something else rather than its own thing can really help overcome those initial mental barriers of getting started.