After giving running a ‘proper try’ at parkrun, Rebecca Coulson-Parker now considers running an essential part of her busy life.

I heard about parkrun from colleagues and friends who were already parkrunners. I had been considering giving running a ‘proper try’ for a while, but was worried I’d embarrass myself if I turned up to a parkrun! I have a young child, Theodore and my husband, Charlie, plays hockey most Saturdays, so we sometimes struggle to coordinate diaries at the weekend!

On Saturday 7th March 2020 the opportunity to try parkrun for the first time arose. My husband had a later match that day and my little boy was really keen to come and watch me run, so it was a ‘now or never’ kind of thing. 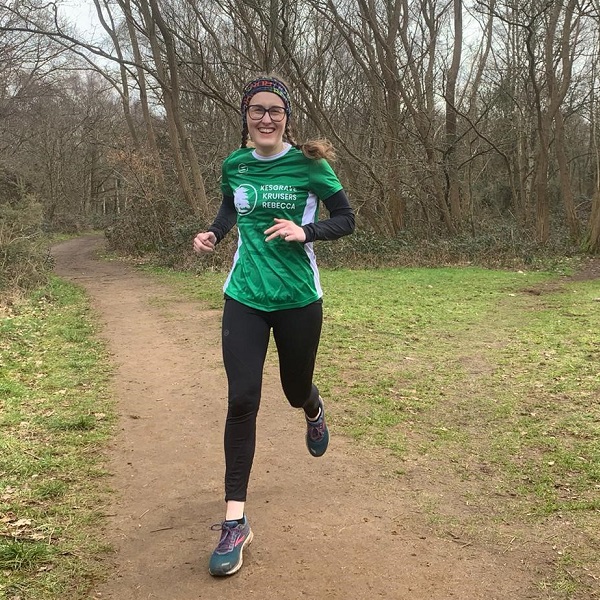 I found the community spirit at Kesgrave parkrun was brilliant with a very friendly atmosphere and the event was really well organised. There were lots more people than I expected! My little boy (who was 3yrs at the time) was shouting, “You WON, Mummy!” as I crossed the finish line. I absolutely didn’t win, but it was really sweet. 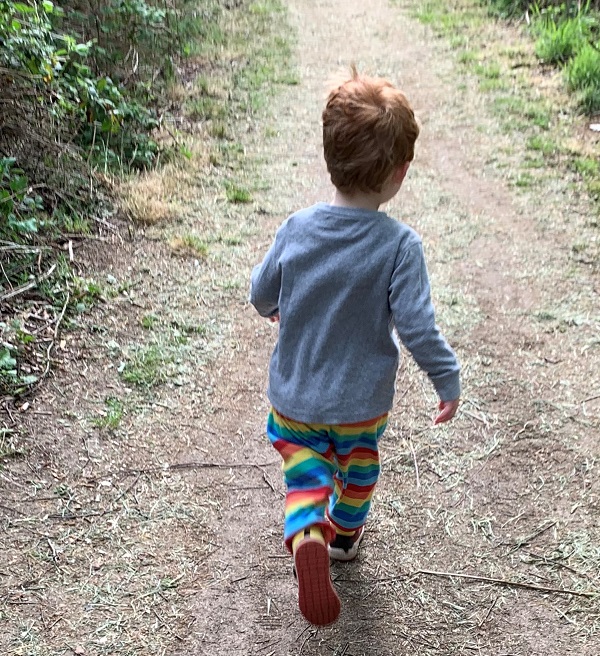 My first parkrun coincided with the event’s support of International Women’s Day and the ‘This Girl Can’ campaign. I do think both are so important. Lots of women my age struggle to schedule fitness around young families and busy jobs. It often starts to feel like an impossible task!

I decided I wanted to commit to running regularly on that day of my first parkrun.

Sadly, we then entered lockdown. However, I kept running… and running… and running! I built myself up to half marathon distance by July, and was running 220km a month by August, including regular (not)parkruns and a couple of ‘real’ races. I also joined my local running club, Kesgrave Kruisers, and met some lovely people. 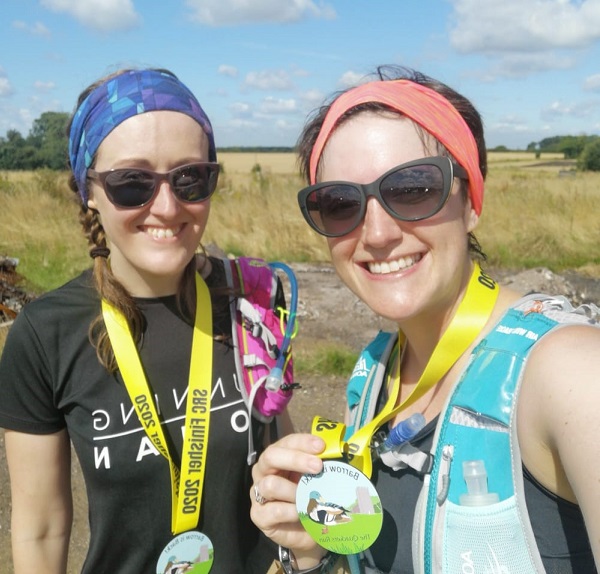 It’s safe to say that I absolutely love running now. I really value the headspace and time to think over my day that running gives me. I enjoy getting out and exploring the local area, the friendliness of other runners and the sense of community.

It’s been so good for my general wellbeing. I’d always told myself that I couldn’t do ‘proper’ running before, but it turns out that I absolutely can! There’s probably a bigger lesson in there for me about not underestimating myself. 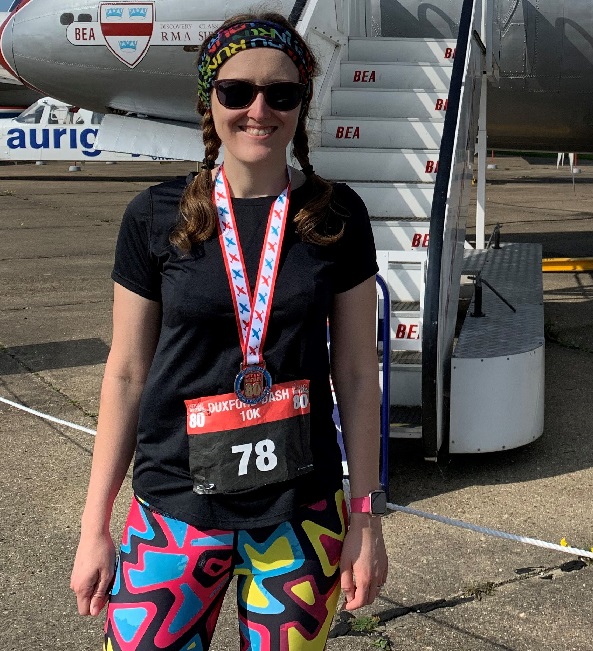 Running is an essential part of my routine now and I am much happier and healthier for it. Theodore began asking to go out with us after I started running properly, so we go out a do a couple of kms with him whenever the mood takes him 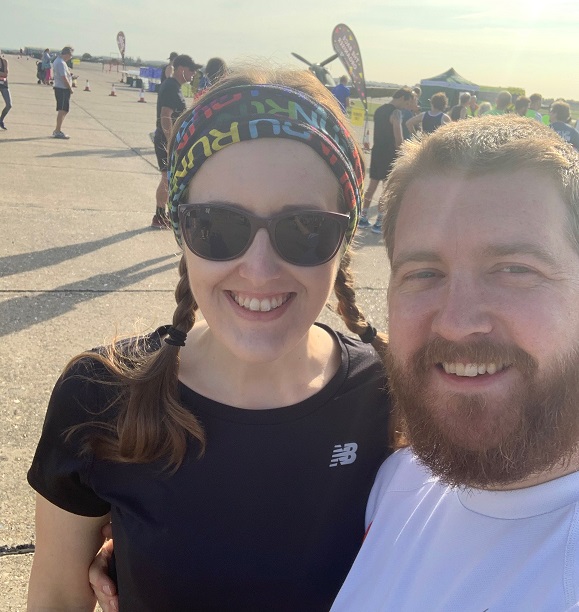 To anyone thinking of getting more active or trying parkrun for the first time I would say, “Just give it a go!” There’s such a mix of abilities at parkrun and no need to feel intimidated. In terms of getting active in general, I’ve always found that regular exercise is essential for my general wellbeing. I certainly don’t think I would have coped as well with lockdowns without the structure of an exercise routine!