Ever since January 2007, when Darren Wood became the first individual to complete 100 parkruns, milestone t-shirts (actually it was a fleece to begin with) have been awarded to recognise individual participation at parkrun.

Celebrating persistence and consistency, milestone t-shirts have become immensely popular, and are an important motivating force, encouraging parkrunners to return time and again to walk, jog, run and volunteer.

Since those earliest days, milestone t-shirts have been free to claim, and with only a handful of recipients to begin with, the cost to parkrun wasn’t at all significant.  Ensuring they were free to receive seemed to fit within the values of parkrun.

Fast forward 14 years, and almost half a million free t-shirts have since been awarded to parkrunners. Over that time, suppliers have changed, milestone clubs have developed, and delivery methods have been improved. Plus we’ve expanded the range of t-shirts available, in order to accommodate the ever-increasing milestones being achieved.

Over the next 10 years we will need to provide in excess of 2.5 million milestone t-shirts, and as a charity focussed on health and wellbeing it would not be appropriate for us to divert such significant funds toward their production. And critically, without action, milestone t-shirts will soon become a financial liability risking the future sustainability of parkrun globally.

At the same time, understanding how cherished milestone t-shirts are, we don’t want to stop producing them altogether. 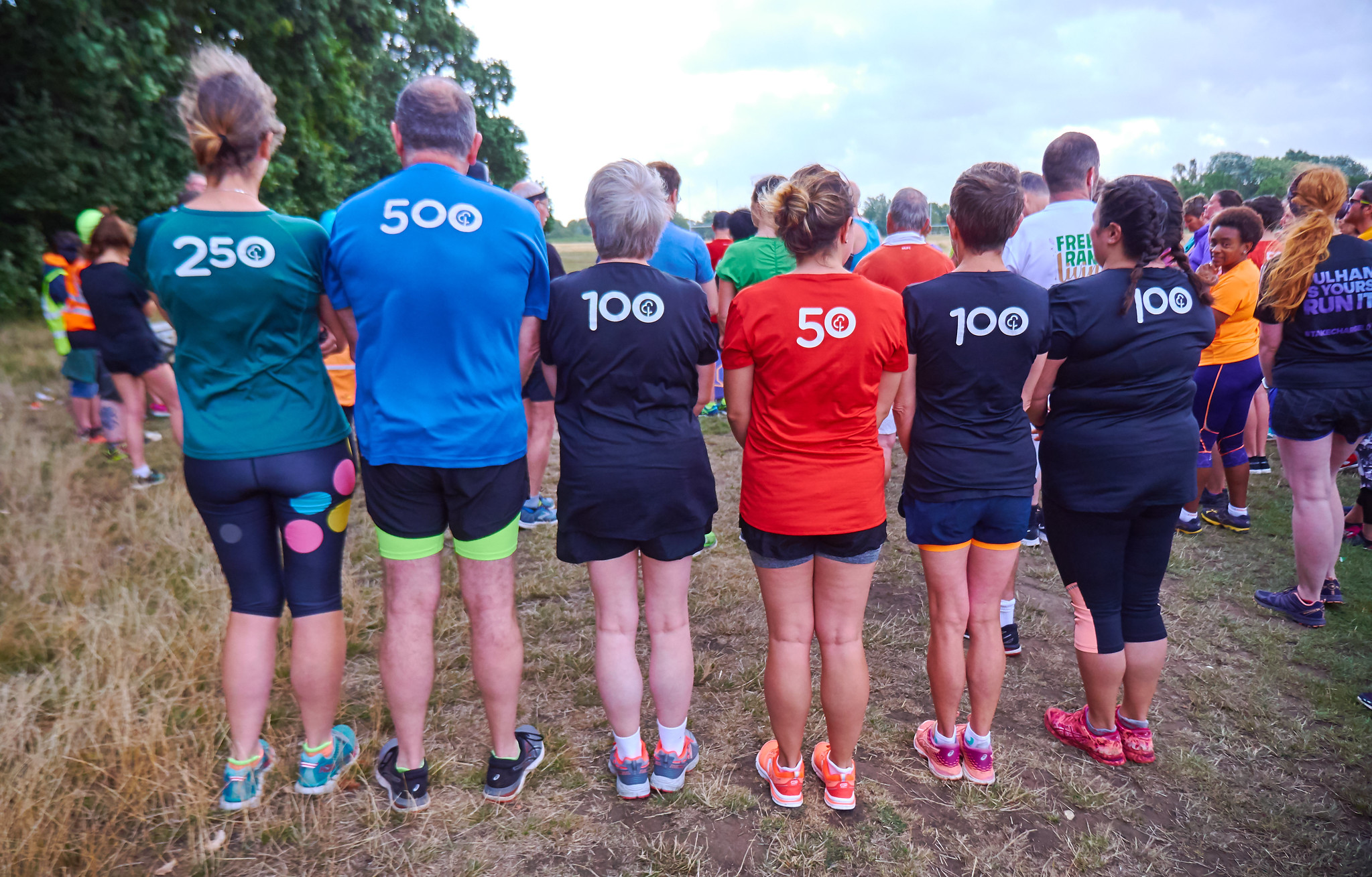 From 1 September 2021 we will be introducing a charge for milestone t-shirts, covering  the cost of manufacture and global distribution. The price of a milestone t-shirt will be the same for every parkrunner, anywhere in the world, at £15, including delivery.

For some people (e.g. parkrunners in Asia Pacific or South Africa) this isn’t significantly different to what it costs now, since the current postage cost is roughly equivalent to the new price including postage. For others, including parkrunners in the UK, the cost of receiving a milestone t-shirt will increase (from 1 September) from £4.50 (currently) to £15.

By introducing a charge, we are offsetting the cost of producing milestone t-shirts, ensuring we can continue to deliver them in the future. But it isn’t a money-making exercise. We are only seeking to cover costs of production, storage, and shipping. An equivalent-quality t-shirt would normally retail at around £25- £30 in the UK. 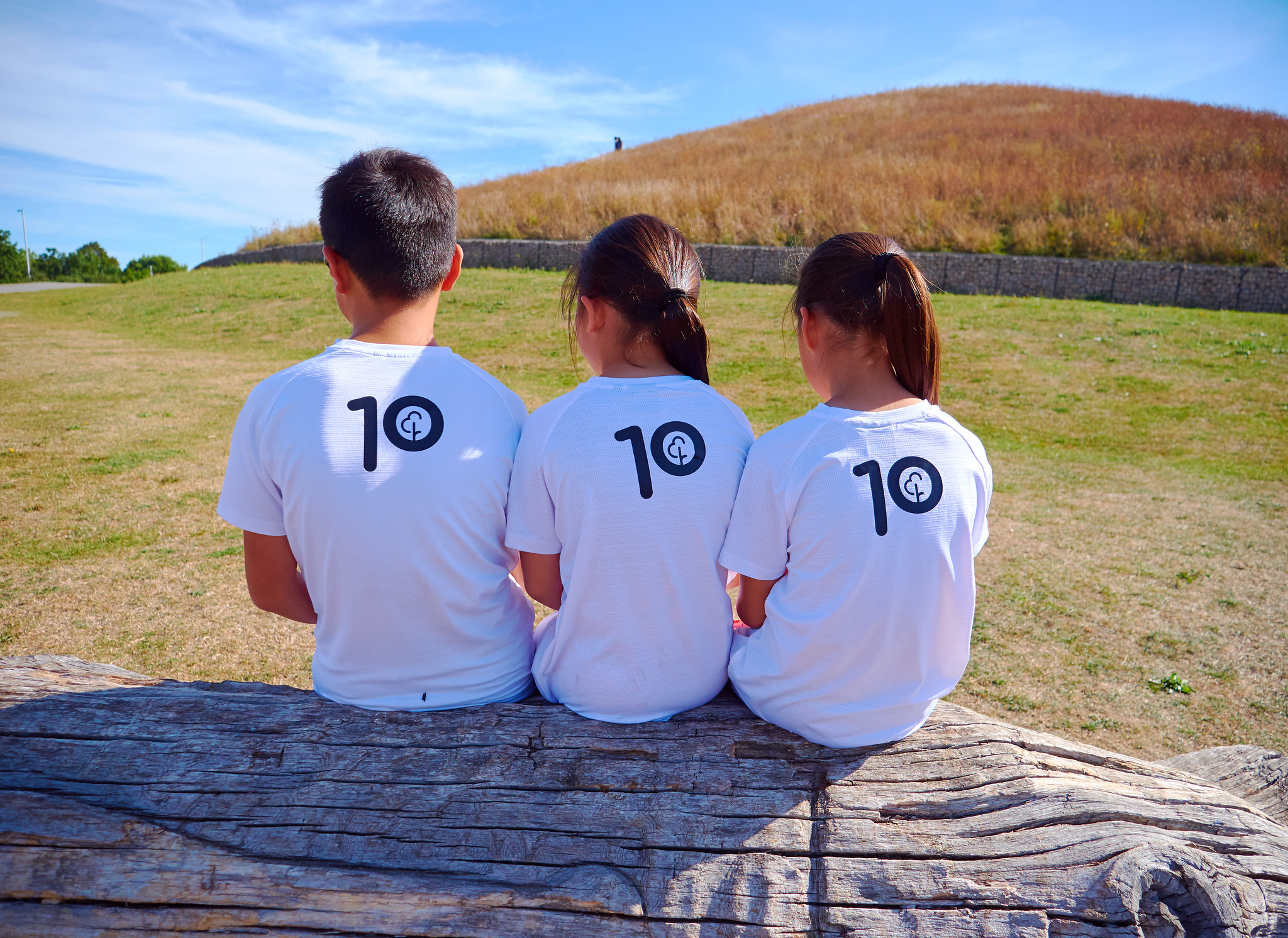 The COVID pandemic has accelerated the changes we had already internally committed to make. Over the past 12 months we have suffered a significant reduction in revenues as a consequence of the suspension of events around the world. Whilst this hasn’t caused any immediate threat to the short term sustainability of the parkrun organisation it has compelled us to review what is critical for the charity to fund, and what changes we should make as we seek to limit costs, reduce financial risks, and operate as lean and efficient an organisation as possible, staying true to our principle of the parkrun experience itself being free, for everyone, forever.

Although we are announcing this change today, it won’t come into effect until 1 September 2021. We are conscious that many people are very close to their next milestone, and haven’t been able to get there in the past year due to events being suspended. Whilst we can’t guarantee that all events will be up and running again by 1 September, we do hope that many parkrunners who are close to their next milestone will have an opportunity to claim their free t-shirt before the introduction of the price increase.

Of course we have to set a date, and we accept that some parkrunners will be disappointed that their milestone t-shirt won’t now be free. But we have weighed this against the future sustainability of parkrun, and our obligations as a charity to ensure our ongoing ability to deliver free weekly community events around the world.

For many years we have believed that participation at parkrun is equal. And that whether someone chooses to walk, jog, run or volunteer, all are welcome and we value them the same. So it’s long been a frustration that there has been only one milestone t-shirt for volunteers.

We’re excited to confirm therefore, that from 1 September, we are introducing new milestone clubs (and t-shirts) such that for every existing walking, jogging, running milestone club there will now be a volunteering equivalent (e.g. jv10, v50, v100, v250, v500).

Additionally there will be a new milestone club and t-shirt for walking, jogging, running 25 parkruns (equivalent to the existing v25).

These new milestone t-shirts will be identical to the existing milestone range (same colours and same fabric), except for the different branding depending on whether it’s for walking, jogging, running, or for volunteering.

We will also be introducing children’s sizes to the 25, 50, 100 and 250 milestones, and we can now ensure that the j10 and jv10 t-shirts will be available in every territory in which we operate (something that we’ve never been able to achieve previously).

Finally, it is our intention to remove the limit of one t-shirt per person so, if you have lost, outgrown or worn out your old milestone t-shirt, you will be able to purchase a new one, via exactly the same process in your parkrun profile. We may not be able to do this from 1 September, but we will provide further detail on this in the coming months.

Introducing six new milestone clubs is a major undertaking. Not least because when the changes come into effect, overnight, more than half a million parkrunners will be eligible for one or more of the new t-shirts.

We’ve spent time working through these numbers and have made some assumptions about likely claim rates. Accordingly, we have placed an order with our milestone t-shirt supplier Pro:Direct for the full range of new t-shirts.

We anticipate that there could be some supply issues in the short term, particularly with the 25 t-shirt, however once we settle into a more typical pattern we hope to very rarely be out of stock of any t-shirt, in any size.

From 1 September you’ll notice a change in your parkrun profile, where, depending on how many times you have walked, jogged, run, or volunteered, you may have entered some or all of the new clubs and be eligible for a new milestone t-shirt.

Claiming your t-shirt will work in exactly the same way as now, and a link on your parkrun profile will take you to the relevant page at Pro:Direct from where you’ll be able to select your size and place your order.

These changes mark a significant step forward for parkrun globally. Whilst it is regrettable that we have had to introduce a charge for milestone t-shirts (something we would have liked to have maintained for free, forever) we recognise that  we have a responsibility to ensure that the organisation has a sustainable financial foundation going forward, and that it can continue to support weekly events long into the future.

At the same time, we’re delighted that these changes mean we can offer parity between all forms of participation, be it walking, jogging, running, or volunteering.

We have published (and will develop over time) a comprehensive FAQ over on our support site. And you can hear more about this decision and the thinking and deliberation that went into it on this week’s Free Weekly Timed podcast, due to be published on Friday.