Richard Pidgley experienced his first parkrun on Saturday 24 July, when events returned in England. He loved it so much that when he finished he wanted to go round again!

I’d never done a parkrun before. Throughout the pandemic restrictions I had heard many people lamenting that parkrun was not permitted and I often thought to myself, “What’s the big deal?”

On Saturday 24 July I found myself on a parkrun start line with so many people of all shapes and sizes and abilities, standing around the bandstand at Cannon Hill Park Birmingham awaiting the 9am start.

There was such an awesome buzz of joy and excitement as people recognised each other in the crowd. Then, whilst I was soaking up the immense positive feel good vibes in the air, the Run Director gave some quick instructions and we started the 5k parkrun.

From the start I felt that I was being carried around the course by the synergy of so many parkrunners striding with joy on their faces and the park was filled with the sound of feet hitting the ground and happy chatter. I was touched by the way the marshals, placed strategically along the route, were so enthusiastic in their role as they clapped, cheered and encouraged us on our way.

When I ran into the finish funnel, and along to the token and scanning stations I was totally overwhelmed by the euphoric atmosphere and the kindness of so many parkrunners making parkrun such a great experience. I was still buzzing after being scanned and felt like going around the course again! 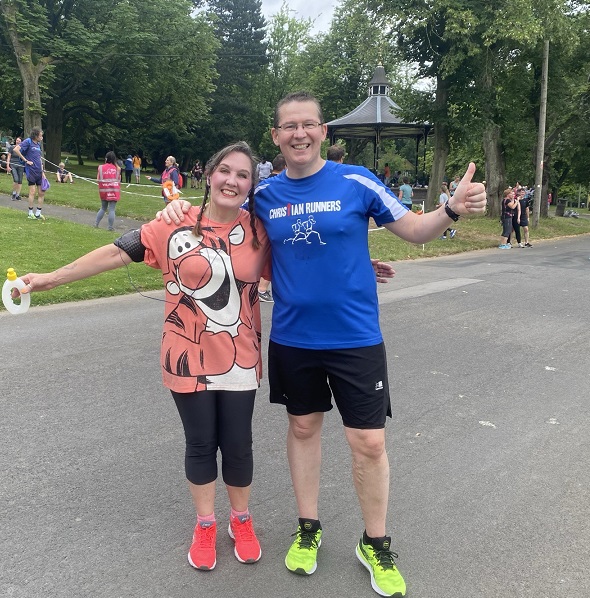 What’s the big deal about parkrun? Well now I know and I can’t wait until the next one on Saturday morning.

I now have my parkrun wristband (in cool stylish black!) and I feel proud to put it on as I’ve joined an amazing family of friendly people throughout the UK and beyond.

Thank you parkrun, you’re a catalyst for getting thousands of people healthy and coming together in a positive way, creating community and waves of well-being that sweep our nation.