When family and work commitments meant that Richard Banks and his friends could no longer field a football team on Tuesday nights, they looked for an alternative to provide the social exercise they enjoyed.

In 2018, their run club was initiated and christened with an unusual name. Now, with parkrun as their anchor, they walk, run, laugh, talk and have an all round good time. Here’s their story.

Our club only has five members! We have been friends since school. Back in the noughties, when the time came to leave college and we began to drift into our own lives, football was the shared activity that brought us together. For a further 10 years we toiled weekly on the football pitch, but one by one family and work commitments drew us away from the beautiful game until there was no team left and our footy club folded.

Inevitably, this left a large void in our social lives that needed to be filled. Running was the solution. For some us of running has always been a part of our lives, for others it was a new concept. It started with just two of us, running a few miles on a Tuesday evening. Slowly we built up the distance and then we became three runners and then more.

The social aspect of our Tuesday evening run was great.  We ran as a group, a team bonded by a common goal. We encouraged each other to get out and run and supported each other. No shouting or arguing as we would often be guilty of playing football.

Another benefit is that running is free. We didn’t have to worry about booking an expensive pitch, paying for a referee or worrying about getting enough friends together to make a team.

Once running became a part of our weekly routine, our fitness clearly improved and these improvements were easily measurable.

Tuesday night run club became our new social activity and Rotherham parkrun also became a key weekly focus for us. Whilst we had dabbled in and out of parkrun for many years it had never been a focus for any of us. With running now top of our social agenda, parkrun was suddenly in our spotlight.

parkrun is a dream. There are no fees, it provides a safe space to walk, jog, run away from traffic in a beautiful open space and within a welcoming and supportive community, same time, every week, and if you don’t want to walk, jog or run there are other ways to get involved, like volunteering, or going along to support friends and family. parkrun can be whatever you want it to be. If you want a casual run, it can be. If you want to meet people, you can. If you want to compete for your best time or placing, you can. It is an inclusive, unique event.

With parkrun as an anchor, complimented by a social run in the week, we had found ourselves an enjoyable and manageable running routine. We had a structure akin to an established running club, only without the organisation or affiliation of belonging to a running club. The next step seemed obvious, start our own. It all starts with a name. During the many midweek runs we discussed the merits of a name that represented us. There were many contenders, from Pheasants to Pelicans. One name eventually stuck and the Flying Boobies were born. 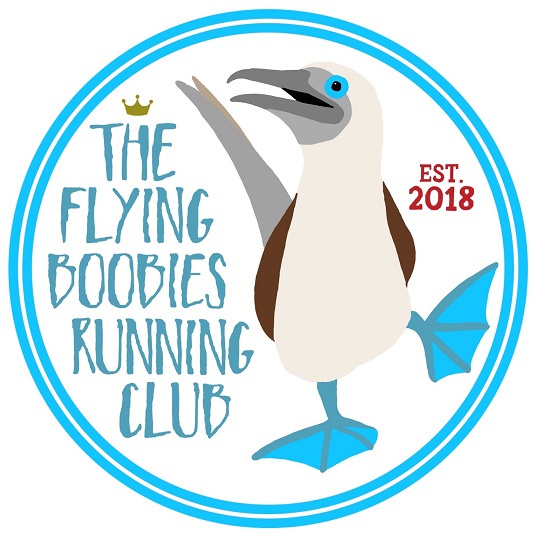 Blue-footed Boobies have fabulous, dancing feet. They often gather in small, co-operative groups. They exhibit fearlessness. Despite being masters of streamlining when diving, they are clumsy when walking on land, yet entertaining and whimsical. We certainly wouldn’t want anyone to take us too seriously!

It was a simple process to register our club name with parkrun following the guidance on the website, and within 24 hours we had a dedicated page of our own on the parkrun website. We found great value in using the existing structures of parkrun’s website to co-ordinate and validate our respective statistics. Interestingly, our five members initially placed the fourth-highest number of runs amongst all clubs at Rotherham parkrun since it began, higher than some established and affiliated clubs.

Watching our homemade club develop week after week has been really motivating for us to experience. Being part of a club makes us more likely to run and maintain our enthusiasm for it rather than relying solely on our own personal motivation. This is especially important on the cold, winter nights. Seeing our friends succeed inspires the whole team to believe in achievement. On one hand this drives a healthy competitive streak that leads to better performance. On the other hand, we listen and act upon each other’s advice, recommendations and training ideas, varying our sessions to ensure we don’t stagnate.

During the Covid-19 pandemic and subsequent lockdown restrictions, we adapted our running as best we could. This included building our own trophy and creating socially distanced events to compete for it, including an Annual Mileage Challenge which tasked us with cumulatively running the distance between Land’s End and John O’Groats and back over the course of a year. During this challenge we also raised money for a wildlife conservation fund. 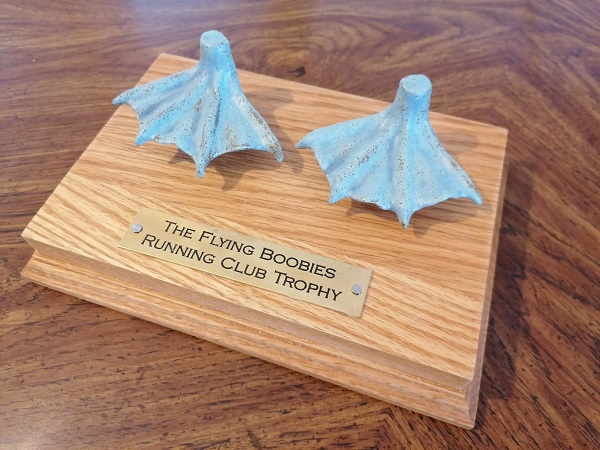 We have an international trip planned to the “running city” of Valencia in 2023 and we have formed a junior running club for our children called The Jolly Foghorns. 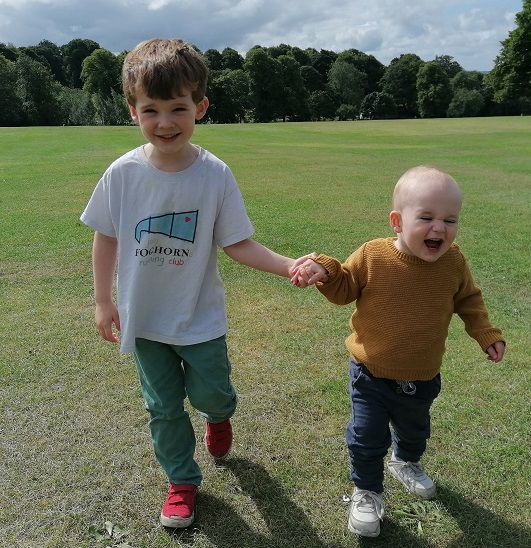 parkrun is the anchor around which we have structured our running club. From this simple, weekly, reliable routine we have managed to embed running and exercise into our daily lives,  whether it be replacing a car journey with a jog or just simply creating an excuse to meet.

Having missed parkrun so much, it now feels so good to have it back. Whether it is the volunteering, the exercise, the support for each other, every aspect of parkrun brings out the best in us all. We walk, we run, we talk, we laugh and it feels safe. This is truly health and happiness in a community setting.