Matt Lane is a parkrun stalwart having clocked up over 500 events. After a diagnosis of MS, he’s returned to parkrun as a walker, and his determination has never wavered.

My first parkrun was back in the days when it was still Bushy Park Time Trial. ​A close friend asked me if I wanted to do an, ‘eye balls out’ 5k on New Years Day 2007. ‘Why not?’ I thought, as it was free and a good chance to catch up. So off we went and the rest is history!

Bushy Park Time Trial in 2007 was a very different set up to the parkrun events we know today. It was, as now, a friendly community, but at that time it was very much a competitive spirit that drove us on. To this day, the joy of parkrun is that you can take parkrun any way you wish, to suit your needs and no one else’s, with speedsters and walkers and everyone in between equally welcome.

Initially, my attendance at either Bushy Park or Wimbledon Common Time Trial events (only the two to choose from in those days!) was irregular but as I was marathon training at the time it gave me an opportunity to do some speed work and test myself.

It was when the North Hampshire Time Trial event started up in Basingstoke, that the bug really set in for me. It was my ‘home’ parkrun and I was a regular parkrunner and volunteer there. 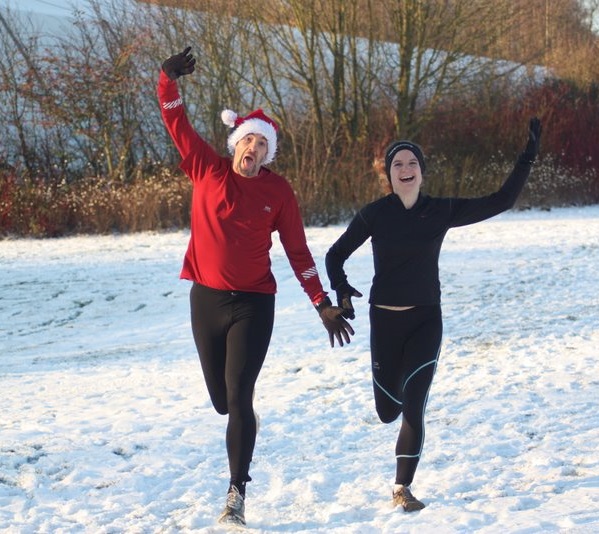 I then supported the Eastleigh parkrun event for a while, followed by my home town at the time, Andover,  this is where I have my highest number of parkruns recorded. In 2017, I moved over to the Lydiard parkrun in Swindon and have completed just under 100 parkruns at this event.

​parkrun has always largely been about community for me, meeting friends and having a coffee afterwards, but it has also been a training aid, recovery run, support for others, pacing, tempo runs as part of long runs, the list is endless. 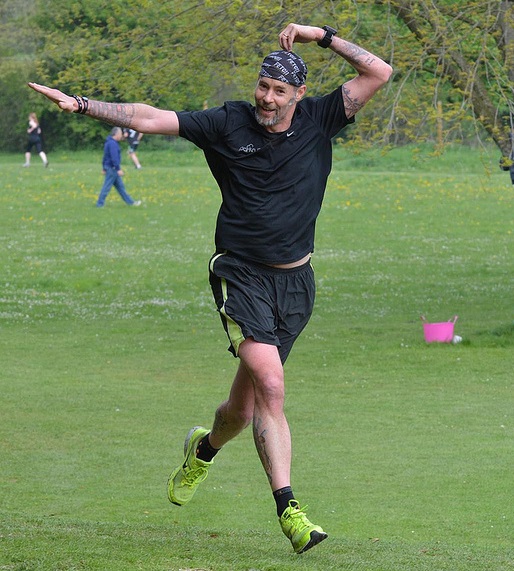 I have some standout parkrun moments including running with my son who has autism and being photographed together in mid flow at Wimbledon Common Time Trial, travelling to Denmark for the very first Danish parkrun, the times that I was first across the finish line at Basingstoke and Andover and also running in the snow at Basingstoke, Andover and Newbury. 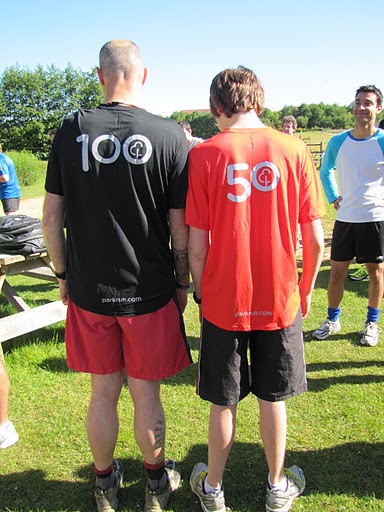 It is two years since my MS diagnosis. I was already struggling with running and falling. As time went on it became apparent that I could no longer run. In October 2020 I made the decision to hang up my running trainers. However, I was able to walk, using poles for stability and balance. So this will be my parkrun stance for the time being until there comes that time when I can no longer even walk.

I kept active during the various lockdown periods. In total I did all 70 virtual parkruns as part of Swindon Community Running (which linked up both the Swindon parkruns). I started logging them on the (not)parkrun site but not from the start. Once I could no longer run the 5k courses that were set by the Swindon Striders club, I walked them using my poles but in the opposite direction, so was able to see everyone and give them support. It was a good way to keep going and I was often joined by my wife and another MS’er. It is always good to walk and talk. This has been true as I’ve returned to parkrun, with a friend wanting to walk with me. 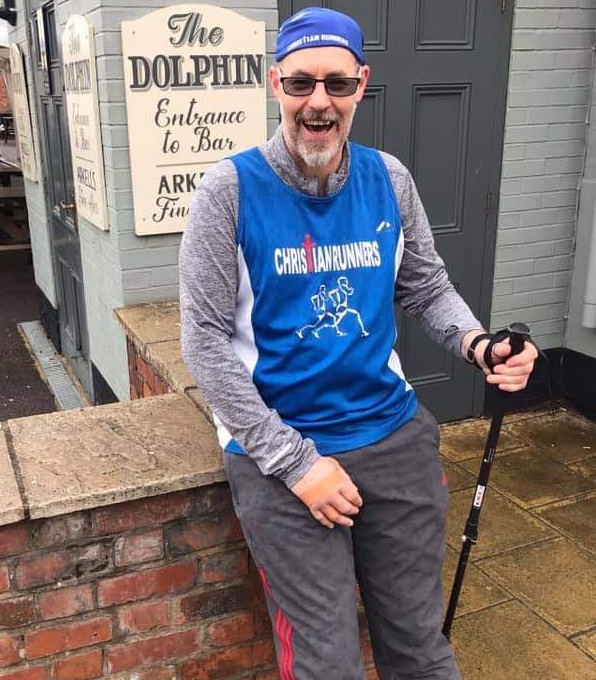 I’ve made it to each parkrun since they have returned, so far, and plan to attend as often as possible, although through work commitments I will miss the odd one. 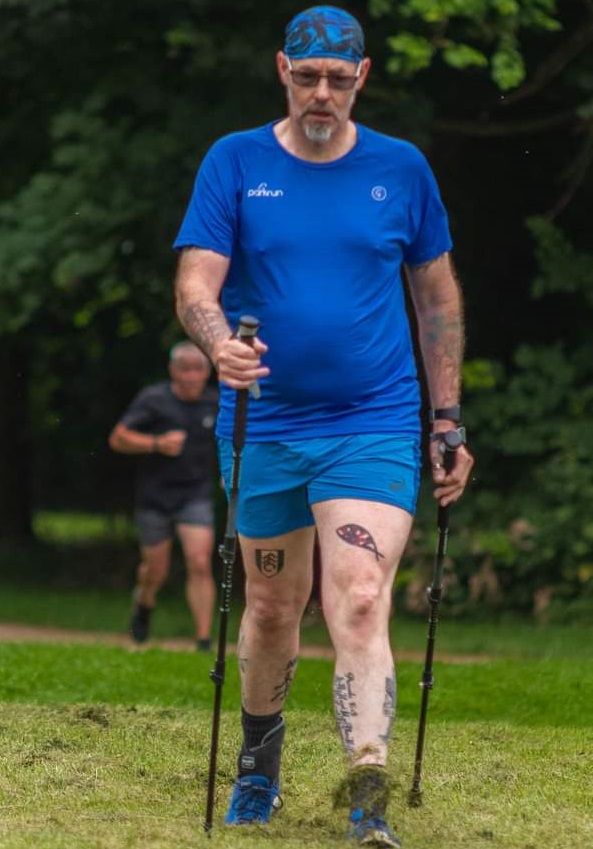 With mobility getting harder, I do not know what the outcome will be, but I will be fighting and keep fighting every step. I plan to continue participating in parkrun as long as I can. I was determined as a runner and so I’ll now carry this determination forwards. Even when I can no longer manage the walk you will see me somewhere on the course using my loud voice to cheer everyone on

I owe much of my strength and determination to my family, my Faith and my parkrun family. To all of you out there I want to say, ‘Get out and mix, share, laugh, cry, but most of all be there for each other.’ 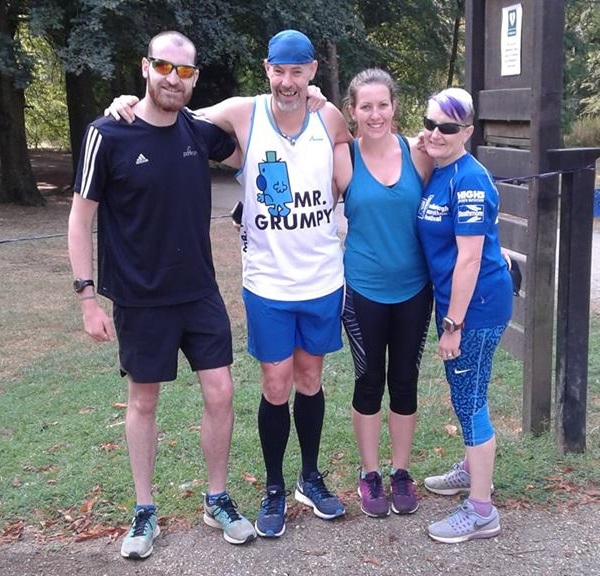 It’s been a hard journey for me, but not a lonely one and that makes it easier.