His post-pandemic return to parkrun was a special moment, as he recovers from a shock diagnosis in 2020 and resulting treatment.

I live within walking distance of Coventry War Memorial park, so I used to see people coming back from Coventry parkrun every Saturday and it made me start to wonder if I could run 5k.

I used the Couch to 5k programme to help me build up to the full distance and only then did I sign up for parkrun.

It wasn’t until I went along and experienced my first parkrun that I realised it is something for all ages and abilities. I had thought I needed to be able to run 5k to take part.

I wish I had started sooner. Now I know that it doesn’t matter how unfit you think you are or how old you are, parkrun is for everyone. No one judges you, it is one big community.

I’ve always considered myself to be reasonably fit and healthy so it was a shock in May 2020 to be diagnosed with throat cancer despite never having smoked.

I had to endure four operations, two sessions of chemotherapy & 33 sessions of radiotherapy. It all left me feeling extremely weak, but all through this time and while the country was in lockdown, I kept thinking of getting back to parkrun.

Although the events were suspended due to the pandemic, when I was able, I started walking the Coventry parkrun course so I would be ready for the official re-start. At my worst I could only manage a slow walk, but I gradually built up to jogging and then to running.

I regularly submitted my (not)parkrun times which gave me the impetus to keep going.

When parkrun re-started I was over the moon to get three PBs successively, which was a massive achievement for me. Returning was a big step as I had been so ill, having the other parkrunners around me spurred me on. 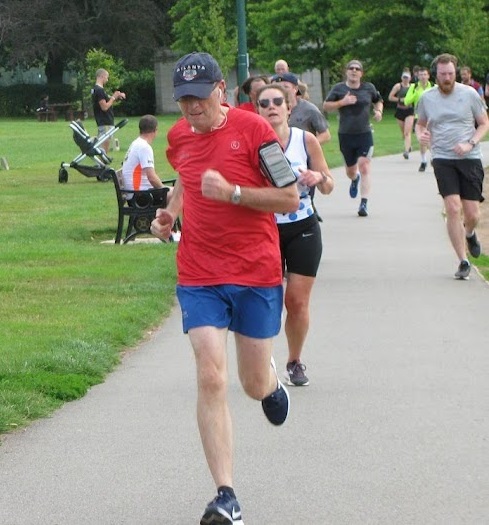 My next goals are to reach my 100 parkrun milestone and have a go at some volunteering roles.

I am now in remission and enjoying my Saturday mornings in the park.

This week’s brunch recipe is our quick and easy Smoked Mackerel Omelette. Don’t forget to scan your Membership Card QR Code at your local event this weekend to receive your money off voucher!   In case you might have missed it – to celebrate the return of parkruns, we are giving events across the UK…

Emma Farrant’s first parkrun marked a real milestone in her journey to finally being happy and healthy.   Here she tells us how she’s never experienced life with so much energy and so little pain.   I remember being asked, a couple of years ago, to do parkrun by someone at my church and I…