Even better than I expected

Graham Le-Gall has just experienced his first few parkrun events having only been able to (not)parkrun since registering before the pandemic hit.

Here he tells us why he’s been loving the parkrun experience.

Wow! And wow again! Having only registered for parkrun just before lockdown, I’d only had chance to (not)parkrun. So, when parkrun events recently returned I finally got the opportunity for my very first attempt around the Rickmansworth parkrun course.

It was so welcoming and friendly. 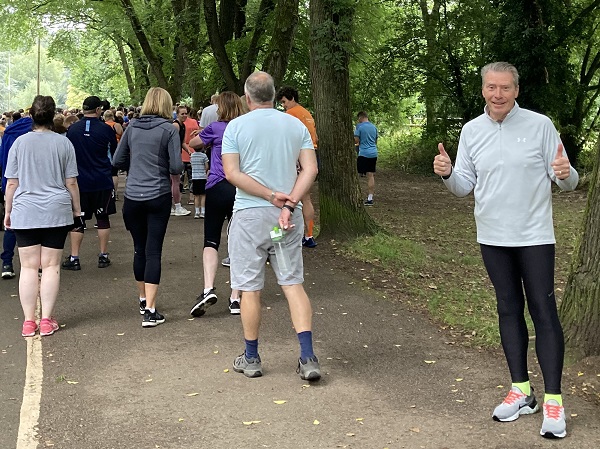 As an ex-marathon runner, but still energetic 70 yr old, who is now banned from running due to dodgy knees I walked the 5k. I was close to the back and more than chuffed.

I started running when I was younger with a work colleague who was an ex-army physical training instructor and was mad keen on general fitness, road walking and running in particular. We trained together, entered the London Marathon several times and loved every minute for the following three years.

I completed other half Marathons for various charities. I enjoyed the buzz, friendship and fitness of the training and the events. The lengthy training eventually put pay to these long distance runs due to my knee problems. I needed to cut back on the distances and intensity. The knee problems now mean that I speed walk rather than run.

I was finding that yomping alone around the local parks, woods or roads was becoming a little lonely and even listening to a good book was failing to cut it. This is when I thought of giving parkrun a try, having heard about it through the media and seen people gathering at Rickmansworth Aquadrome on Saturday mornings.

Once I had registered, I was unable to attend an event for a number of reasons, before the events had to be suspended.

I found that (not)parkrunning offered an opportunity to get out in the woods or streets whenever and wherever I wanted and record my times. This was not only motivational, but felt like belonging to this worldwide parkrun phenomena. I also started analysing my times and style, aiming to improve.

So when I was finally able to attend a parkrun event for real, I couldn’t wait to get there and it was even better than I was expecting!

I was given lots of encouragement from everyone around from my arrival right through to the end of the event. At every turn there was someone smiling and congratulating and encouraging. It was so well organised. 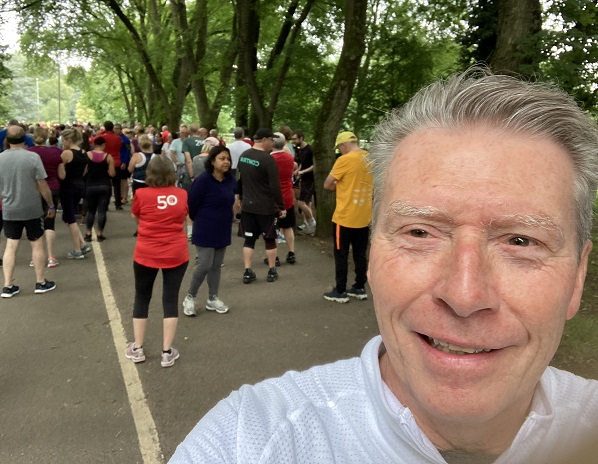 It was great meeting people in a similar boat as me. By this I mean there were several of us walking near the back. Having chatted with a few, none of us were bothered by the majority of people being way ahead of us or finishing 30 minutes before us. It was just the enjoyment and personal achievement being experienced. I met one guy who was doing his version interval training, walking and occasionally jogging, we managed to encourage each other to the end.

I finished faster than my usual 5k time, excited and really chuffed. 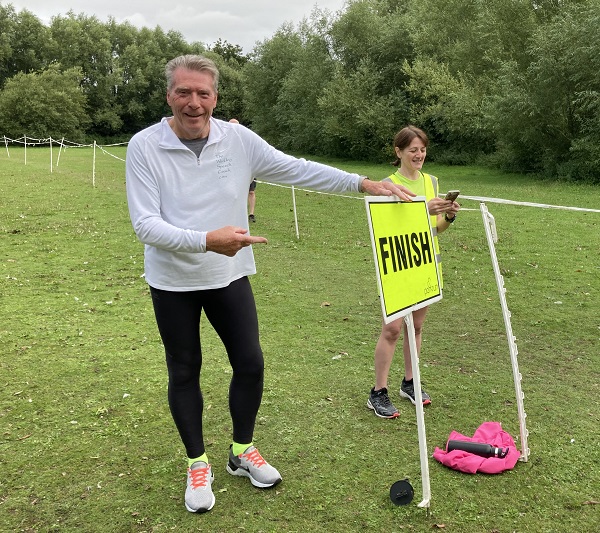 Although Saturdays will remain difficult for me to attend every week I will continue recording any (not)parkruns I complete instead.

Following a brush with cancer a few years ago and successful non-recurrence I have managed a couple more marathons, speed walking them, while also raising money for a cancer charity. I have found out that there is a group of Rickmansworth parkrunners who meet on the last Saturday every month after the parkrun event in the café in the park. The group is part of the ‘5k Your Way – Move Against Cancer’ charity. I hope to join them shortly.

I’ve since been back for more Rickmansworth parkruns which have been just as enjoyable as the first. Each time it’s been great to chat with those around me near the back. We all encourage each other over the 5k course and then congratulate each other at the finish.

What better way to start the weekend?