Happy to be back

After a cancer diagnosis and being told he might never walk again, Chris O’Brien made it his mission to come back to parkrun.

Here he tells us his story, from facing the possibility of having his leg amputated, to returning to volunteering, and completing the course on crutches.

I ‘accidentally’ got into running in 1996 when a work colleague, sponsored by our company to run the London Marathon, had to drop out with 10 weeks to go. A replacement was needed, so I stepped in, starting my training from scratch and got round the marathon course. After that I got the running bug and have since completed many more marathons, half marathons and more than 260 parkruns. 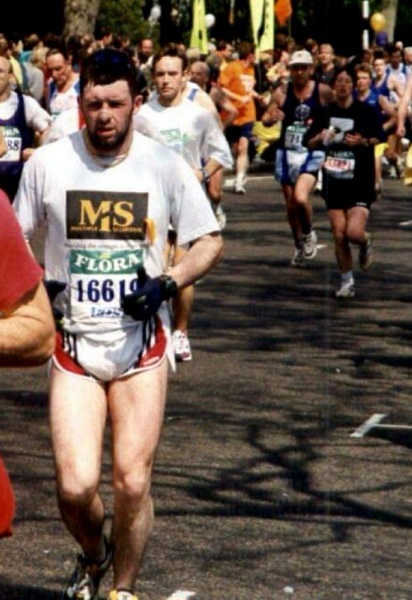 My first parkrun was in 2013. Prior to this, my running had lapsed for a couple of years and I was encouraged to start again by my father-in-law who was a regular parkrunner.

I went along to my local parkrun and watched for a couple of weeks before giving it a go. It seemed to be a low-pressure route back into fitness, was friendly, inclusive and the post-parkrun atmosphere was amazing.

I can remember my first parkrun being extremely hard work after having had so much time away from running, but I enjoyed it thoroughly with lots of encouragement from the marshals all the way around and was soon back for more. 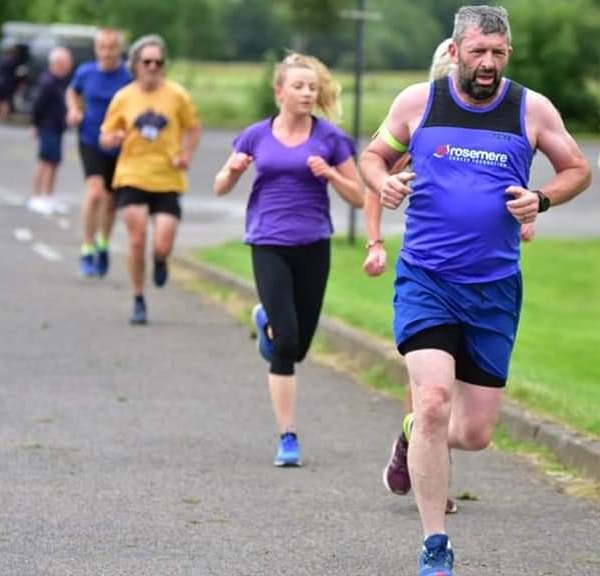 The organisers of our Burnley event are brilliant, the course we have is beautiful and the regulars are great fun. 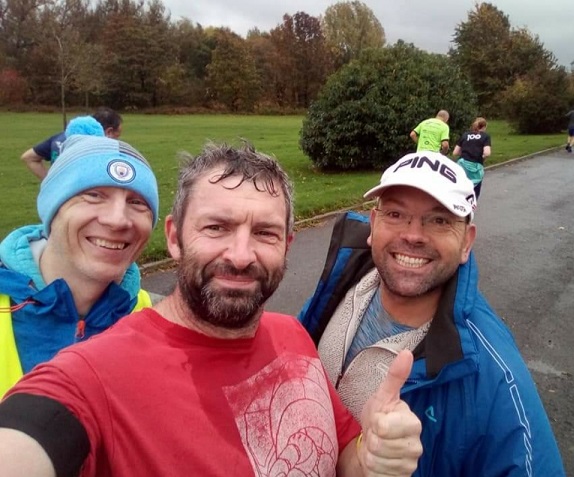 I enjoy volunteering as well. I have undertaken roles such as photographer, marshal, finish line duties and report writer. Although my favourite way to volunteer is when we have pacemaker week, and I pace the parkrunners around the course with a view to them reaching their own goals by encouraging them as we complete the course together. 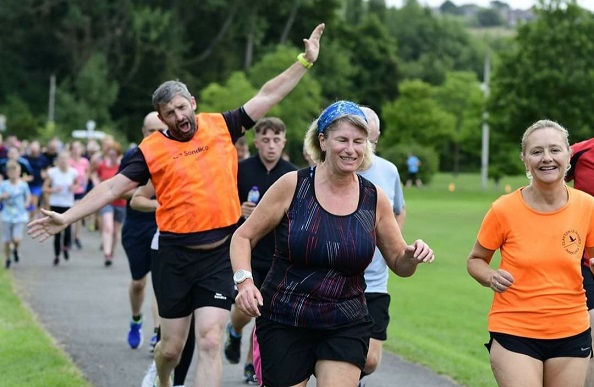 Currently, I am more likely to be found doing the First Timer’s Welcome. I am just happy to be back at parkrun at all. Over the last 18 months or so I have experienced some very serious health issues.

I was diagnosed with bowel cancer in December 2020 and was in hospital, December 17, for the operation, which was successful. But, the following day I was found to have developed a rare condition called compartment syndrome in my leg (which causes insufficient blood supply to the tissues), that required further emergency surgery.

Prior to going into surgery again, I had to agree to potentially having to have my leg amputated which was extremely scary. On top of my bowel cancer, it really felt like the end of the world.

I was relieved to see my leg still there when I woke up, but my physio said I may never run again. However, I am rather stubborn and decided I would make it my goal to try and prove the physio wrong!

I was discharged in January 2021. By March, I was walking around the parkrun route with crutches, and a few weeks later, I was shuffling around very slowly, without crutches, still with the wound closure stitches in my leg.

Those first parkrun shuffles certainly didn’t go as well as they could! So, it was great to still be able to be part of parkrun, as a volunteer, until I’d recovered some more. The support I’ve received has been great. Everyone knows my name because I have been a regular for so long and I’ve benefitted, in the past, from them cheering me on when I’ve been parkrunning, now it’s good to be cheering others along.

I completed the Warrington Half Marathon this last weekend with my stepdaughter Imogen. It was a slog, but we completed never the less. Between us we raised around £2000 for a bowel cancer charity, so it was well worth the hard work. It was a great celebration of the news that my recent scans for cancer have come back as clear.

I now have my sights set on the London Marathon in 2022. Having done marathons previously and, after trying to get a place for years, I was accepted for this year’s event, but have managed to defer the place for a year to allow my body to heal.

My long term goal is of course a parkrun one, I need to keep clocking up those Saturday 5ks to reach my 300 parkrun milestone!