Liz Barber celebrated her 73rd birthday at parkrun on the day events returned in England.

It was also an important milestone in her recovery from a serious quadbike accident. Here’s her story.

I’d heard about parkrun but had never considered trying one, as I do not regard myself as a runner. My brief attempts at running a few years ago had involved a two mile circular route on the streets near home, but I had given up, preferring to go on long walks, for exercise, instead.

On 19 October 2019, I agreed to get up, at what seemed like the crack of dawn for a Saturday, to drive my daughter, Helen, and her partner, Jamie, to Hyde parkrun. I really like Hyde Park, East Manchester not London, having attended a group health walk there every Monday morning for 11 years and also visiting with my friend’s Mum on warm, sunny days, pushing her wheelchair, because she loves seeing all the trees.

I told Helen and Jamie that while they were running, I would walk the route. At various points on the course I was encouraged and cheered on by the marshals, I was just strolling to fill the time but they really spurred me on, so I began to increase my walking pace and even run some sections of the course.

From that point, I was hooked. I obtained my barcode and turned up as an ‘official’ parkrunner at Hyde Park the following Saturday. I continued to parkrun each Saturday only missing the odd event if I was away on holiday, or one week when the rain was lashing down due to Storm Dennis!

When Helen was home for Christmas 2019, she and I and even her Dad went along to Hyde parkrun together on Christmas Day. 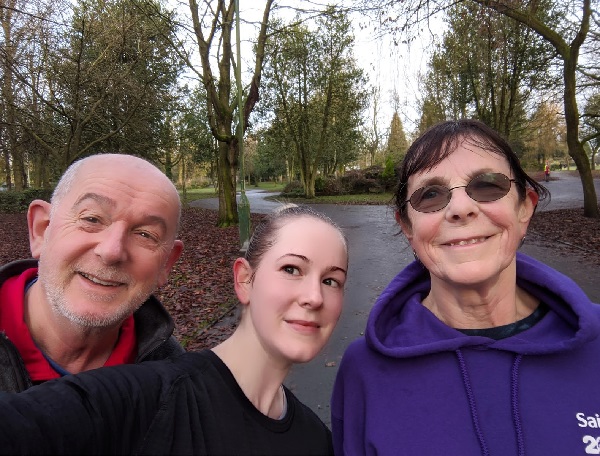 I got a new PB on five occasions during my first five months of parkrun. I was still not running the whole course, just the level bits and downhills, whilst always trying to power walk the uphill sections. Nevertheless, I was very proud of my improvements.

In mid-March, the COVID-19 restrictions brought parkrun to a halt. I missed my weekly 5k outing, but my husband and I kept fit walking 6-7 miles every day. We followed the instruction of staying close to home and walked the same route each day over Fairfield and Denton golf courses. We took a set of Trivial Pursuit questions with us in order to exercise our minds as well as our bodies.

Six months passed relatively peacefully for me. Then, on 20 September 2020, I was riding a quad bike in the fields where my older daughter Susan keeps her horses. My job was to spray the dock leaves with weed killer from the 70 litre tank carried behind the quad bike seat and muck spread with the chain harrow which was attached behind.

Unfortunately, the quad bike rolled over whilst I was riding up the steepest part of the top field. I was found lying on the chain harrow.

I was taken to hospital by air ambulance, the only time I have been in a helicopter, but I have no recollection of it. I was on life support and in an induced coma for four days. I had broken the two bones at the top of my spine, plus another lower down. I was fitted with a neck brace which I had to wear until March this year, even in bed.  I also had multiple fractures in the left side of my face.

It was not known whether I had sustained any damage which might affect my mobility, but, when brought out of the coma, I first moved my legs, later my right arm and then finally my left arm, so all limbs functioning. Fortunately, I had been wearing my horse riding hat on the bike, which protected my skull and brain.

I spent five weeks in hospital. After my tracheostomy and feeding tube had been removed, I was sent home to begin the long process of recuperation. My spine and neck have healed well, apart from a lot of stiffness in my neck, but that is improving with exercise. I have a metal eye socket replacing the one that I shattered, with my left eye now positioned slightly lower than my right eye. Even though I have nine additional metal plates in my face, I still have a dislocated jaw, so can only eat pureed and mashed food. So, no restaurant visits for me yet then!

My voice sounds hoarse and speaking is quite hard work, but everybody can understand what I am saying, to the extent that I have been able to return to my part-time work as a specialist dyslexia support teacher. I have recently developed a bone infection in my lower jaw so will need further surgery to remove one of the metal plates. However, I am hoping I may soon be offered a prosthetic jaw joint replacement. 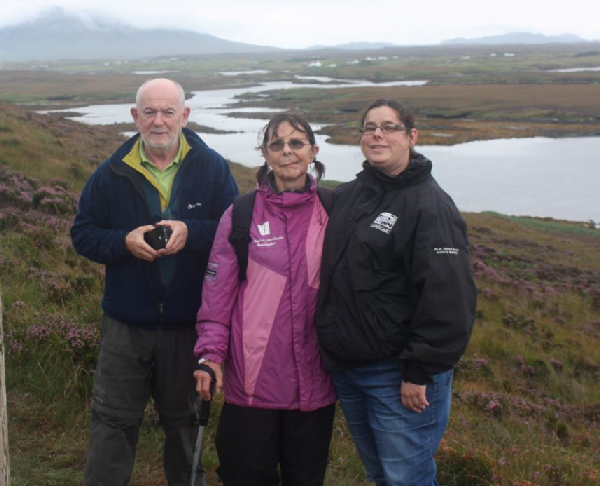 As it so happened my 73rd birthday fell on 24 July, 2021, which was also Hyde parkrun’s first event post lockdown. Instead of having a lie-in as a birthday treat, it seemed a fitting day to celebrate a return to general normality and one more vital step towards my pre-accident lifestyle.

Helen had bought me a parkrun wristband for Christmas 2019, so I dressed in my running gear, put my ID band on, then drove myself to Hyde Park. High impact movement was still causing quite a lot of pain in my face, so I walked the course. Simply being there and taking part was a massive step in my long road to recovery. 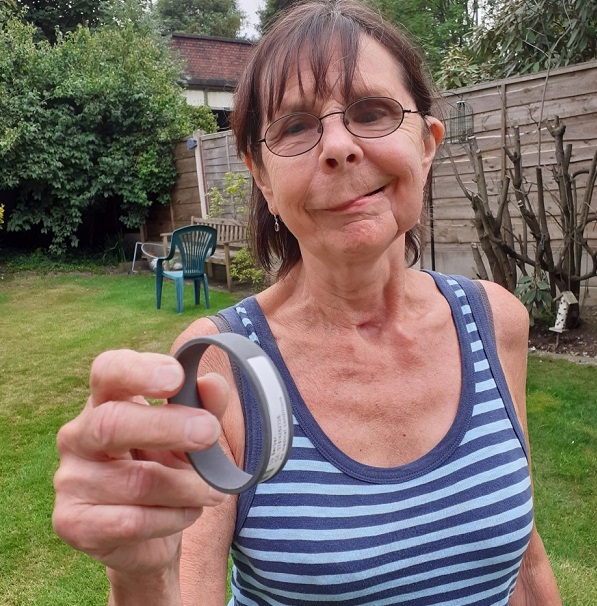 The next event I attended was in mid-August and this time I tried running short sections of the course and made it round a little faster.

The following week Helen was visiting and so we went along to Hyde parkrun together and after she had completed her 5k parkrun, she then accompanied me on my final lap and again I was a little faster than the time before. I was also first in my age category. Actually, I was the only person in my age category, but I still felt a glow of pride. 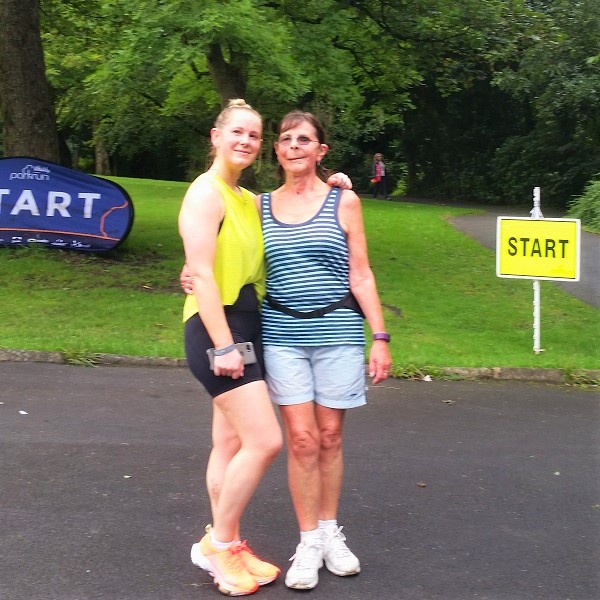 Long live parkrun! Whilst it is hard work puffing and panting my way round the three laps at Hyde parkrun, I am always glad I made the effort to turn up and relish the sense of achievement I feel when I get my barcode scanned having completed the course.

parkrun has been so valuable for me. Judging by the number of people who attend not only Hyde parkrun but all the other parkrun events, it has obviously become an institution in the lives of many people of all ages.

Thank you so much to everyone who makes parkrun possible.