Remembering running only as a form of embarrassment from his school days, he was surprised to discover a love for parkrunning with his son. This is his story.

I was very overweight and unfit as a child and was often teased and bullied. In those days teachers as well as fellow pupils could be the culprits. In senior school we had one lesson per week of cross country running. We had to run round West London’s Wormwood Scrubs which possibly rivalled the Somme battlefield as the muddiest place in the world.

The fit kids completed the course in time for a shower, and a break before the next lesson. By the time I finished, that lesson was about to start and woe betide me if I was late or my hastily donned uniform wasn’t straight.

There was an annual, compulsory school ‘inter house’ cross country run where I came 180th out of 184. I suspect the last four boys were never found! I was relieved that by the next year cross country running was no longer on the timetable and since then apart from the odd dash to catch a bus, I didn’t run at all. I’m now aged 67.

In my early 60s we had a family health scare and that encouraged me to lose weight. Part of my regime was lots of walking. Then, in 2020, along came lockdown when one of the few pleasures left was food and drink and we were told that outdoor exercise should only last an hour a day.

In all sorts of ways I was worried! What to do? I began running on the spot in my kitchen, but then ventured into our very average sized garden, and started jogging.

Two hundred paces was all I could manage at first, but little by little, day by day, in that awful first lockdown of early spring 2020, I increased my capacity until I could keep going for about 20 minutes round and round my garden. I wore out the grass, but I was doing something I’d never been able to do before. 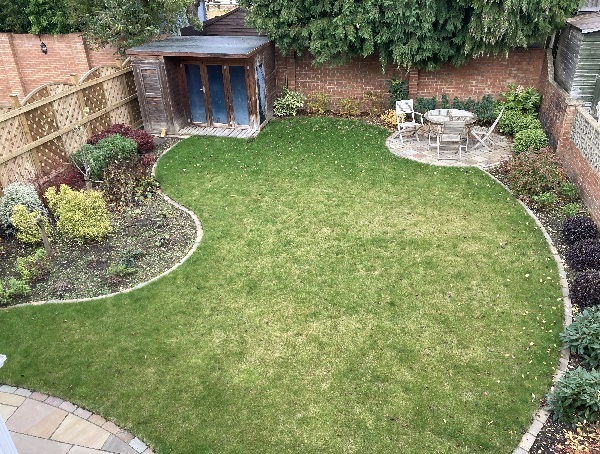 As lockdown eased, I wondered about venturing beyond my garden wall. I live in Southampton with plenty of parkland around so there were no excuses. One day, I tried it. I was shocked as to how gentle slopes, I barely noticed when walking, seemed like mountain peaks but managed to complete around a kilometre. Gradually, I increased the distance and would head out first thing in the morning whilst warming my porridge on the lowest heat on the smallest gas ring. I built up to three kilometres, then three and a half and then four. The porridge was by now often burnt!

I hated running at first, seeing it as a necessary evil to see me through the strange times we were living in, but gradually running and I became friends.

I’d heard of parkrun and had seen keen looking people flock to the starting point on Saturday mornings, just a few minutes away from me on Southampton Common. My own grown up children would participate when visiting us, but throughout 2020 parkrun events were suspended, and I wasn’t sure I was brave enough to take part anyway.

Eventually, in spring 2021, I registered and received my barcode.

I’d recently taken a break from exercising due to a knee injury but started again just as rumours began to abound that parkrun was due to return.

Eventually, parkrun did restart, but I was nervous about taking the plunge until my youngest son Thom came to stay. He said he’d come with me. I asked far too many questions about how it all worked. Barcodes, tokens, the route etc., but he reassured me that all would become clear.

So I made my debut at the end of July. I don’t remember much of that parkrun. I lost sight of my son right at the start presuming he’d rushed ahead. I persevered and was cheered on by friendly marshals and managed to keep going to the end, only to discover that Thom had kept right behind me throughout to ensure I picked up my token ok and had my barcode successfully scanned. 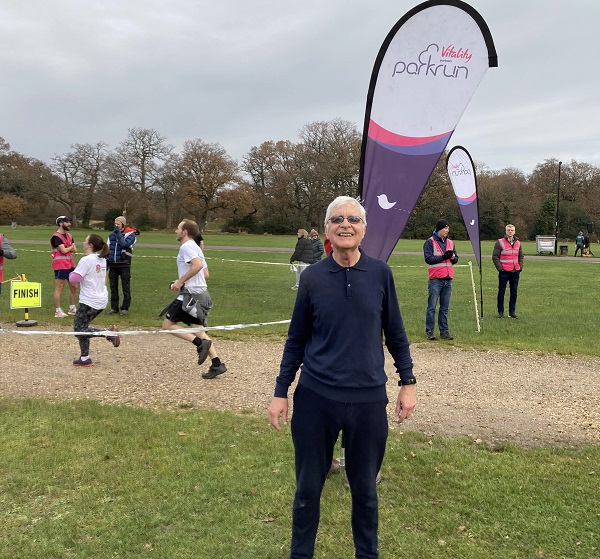 The next week I went along alone, spotted people that I knew and found that strangers were friendly and encouraging. I’ve now reduced my average time by nearly three minutes, and feel I’ve exorcised the ghosts of school bullying and Wormwood Scrubs mud! I avidly examine each week’s stats, and hope to continue for a few years yet.

I’m enjoying experiencing my ongoing fitness improvements and seeing these reflected in my parkrun times.