A breath of fresh air

Emon Choudhury discovered parkrun last year and initially didn’t think he could take part with his daughter in the buggy. That preconception was soon put right by some helpful volunteers and now Emon is encouraging other buggy runners to join him.

I first came across my local parkrun in Roberts Park while I was training for a marathon. On Saturdays I take my daughter with me in the buggy because my wife works that day. We had finished our training run and reached the park just as the parkrun was about to start. I thought we’d stay and cheer on the parkrunners, when one of the volunteers suggested we should join in. So that’s exactly what we did! With my daughter in her buggy, we joined in near the back and did a cheeky 5k. I got talking to more of the volunteers and participants who all told me it’s fine to parkrun with a buggy, although at the time there weren’t many buggys in amongst the regular pack. 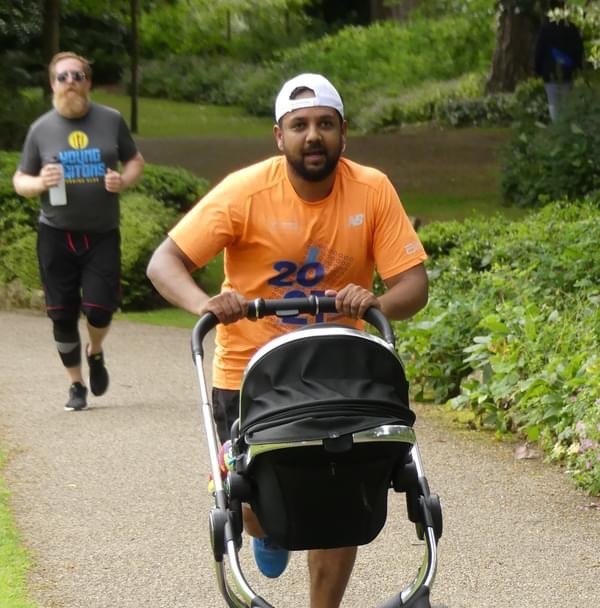 I had always had the preconception that parkrun was for experienced runners who can all do their 5k in under 20 minutes! So, my parkrun experience was certainly not what I was expecting! I took it at a nice casual jog, talking to lots of others doing the same and who recognised me as being a contestant on the TV programme, ‘Race Across The World,’ and wanted to chat about that. All the volunteers were amazing and cheering me on. I loved the fact that it was for all types of abilities, it really is for everyone.

I’ve now completed more than 25 parkruns and I’m benefiting from not only being active and keeping fit, I’m also really enjoying the community spirit and cohesion that parkrun brings. The people are so welcoming and nice. The majority of the parkrunners are my neighbours and parkrun has given us the opportunity to get to know each other, interact and chat initially about our common interest in parkrun but now we often have long talks about everything!

My daughter loves parkrun, not only has she made friends with other babies but it has allowed me to make friends with other parents in the same boat. Many of the volunteers know her by name and she’s started to recognise people. She has recently started to imitate the volunteers clapping, and will often clap the whole way round which is so cute. It’s great to have found a common bond with my little one, as I work long hours it’s good to spend this precious time when it’s just me and her. We often go to the cafe after our parkrun with lots of other parkrunners and we all have a great time. 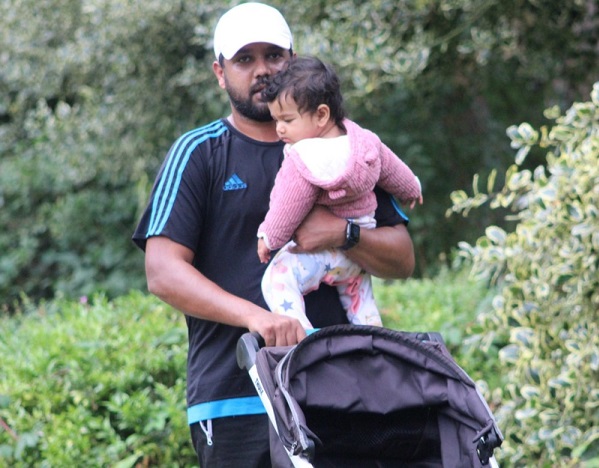 I’ve been posting about my parkrun experiences on my social channels (with many followers who are fans of the ‘Race Across The World’ TV series) initially heading up my posts with, ‘Race Across The Park!’ I have been contacted by a lot of people who were unaware that buggys are welcome at parkrun. I’ve encouraged many parents to give parkrun a try and to bring along their babies in buggys. We now have 10-15 regular buggy runners at Roberts Park.

I would highly recommend people to give parkrun a try. It doesn’t matter about ability, it is designed for anyone and everyone. I’ve found that because everyone is running, jogging or walking at their own pace there is plenty of room for a buggy without feeling you are getting in anyone’s way. It is a great way to get some exercise and some social time when you have a little one in a buggy. 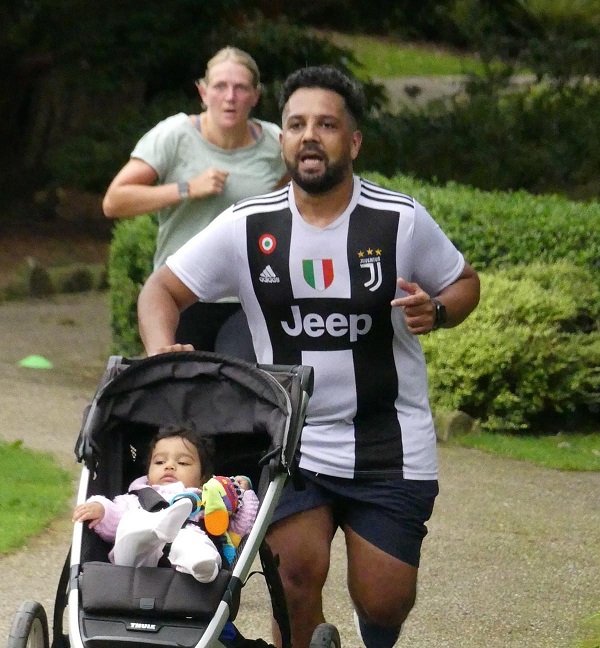 I’m aiming for my 100 milestone but more importantly, as soon as my daughter is able to do so, I would love her to give parkrun a try for herself maybe starting out at juniors as a 5k might be a few years away yet! It would be brilliant to see her complete her first 5k independently one day.

A huge thank you to the parkrun community especially at Roberts Park. The volunteers and organisers are just incredible, they are a real gem of the community. I look forward to every Saturday purely because of the parkrun, the fact that I’m able to see my friends and enjoy a 5k is just great.