I became a parkrunner in June 2019 when a friend invited me to my local event, Lillie parkrun, in Ann Arbor, MI. I’ve continued waking up earlier than I prefer on Saturdays because parkrun allows me to run with friends from graduate school and motivates me to run in the colder months of the year.

I’ve been an avid runner since 2017, and my running goal is to run in as many countries as possible. When I learned about parkrun tourism, I knew running at parkruns around the world would be a part of my running adventure.

I had planned travel for both work and leisure in December and January, so I took the opportunity to consecutively visit as many different parkruns as possible. In five weeks I participated in five parkruns in five different cities and two countries!

The first was my home parkrun on December 14. Then it was off for winter break in North Carolina, where I was raised. There is only one parkrun in the entire state, the Durham parkrun, and on December 21 my mom and I drove over an hour to run it, and I got a parkrun PB!

A family trip took me to Washington, D.C., where my mom and I participated in the Roosevelt Island parkrun on December 28. Back in Michigan, I decided to visit the first parkrun in the United States, Livonia parkrun, to kick off the new year on January 4.

On January 11, my parkrun adventure crossed the Atlantic as my work took me to Norway where I participated in Tøyen parkrun in Oslo (Kjære Oslo, tusen takk for et godt løp og deilig kaffe). 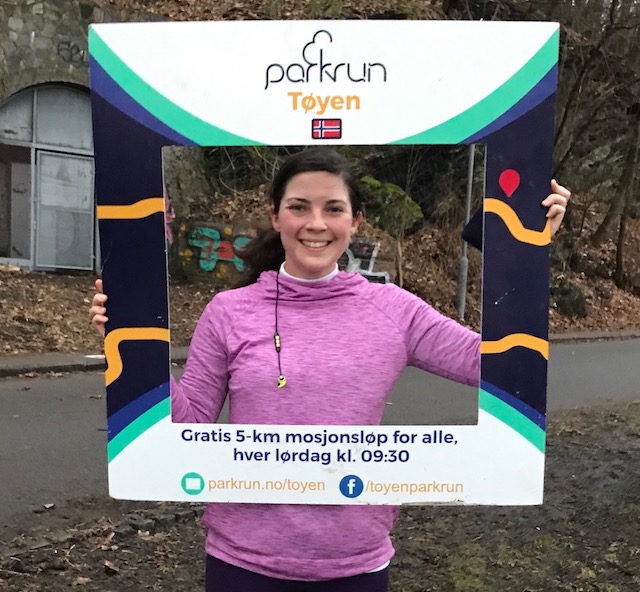 The following week I visited one of my favorite cities, Trondheim, Norway, but icy paths necessitated the January 18 Festningen parkrun to be cancelled. Still desiring a Saturday morning run, I managed to fit one in in the cold.

Running five parkruns in as many weeks would not have been possible without the wonderful volunteers who welcome first-timers and help to make parkrun a great way to start a Saturday, and an indispensable part of any travel.

However, as I reflect on my streak I can confidently say, there’s no place like home’s parkrun.