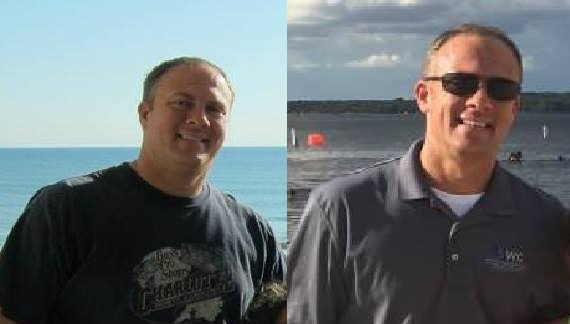 I ran my first Clermont Waterfront parkrun on March 28, 2015. Little did I know that day would have such a lasting impact on my life. I had recently joined a wellness challenge and was seeing sharply declining losses just from better eating. I was told I had to increase my activity level if I wanted to reach my 30-pound goal by the end of 12 weeks. “I’m too busy for exercise” was a common excuse. After acquiring a step tracker and noting 3,000 as my average count while sitting at a desk all day, I knew I had to do something. When we arrived at parkrun, my 7-year-old-daughter and I were greeted by a kind person who explained the course, how the barcodes worked, and (importantly) where the group met for breakfast after the run. We finished the run without incident and joined the group for a celebratory breakfast. Everyone was so welcoming–almost as though we had known them for ages. Oh, and my step count was through the roof that day! I went back the following week and tried to best my time from the week before.

I quickly realized that if I wanted to run a 5k without stopping, I would have to run during the week and test my progress at parkrun on Saturdays. I started waking up 15 minutes early and running around my block as far as I could without walking. If I could run a little further each day, eventually I would achieve the coveted goal. By the end of my 12-week challenge in May, I was able to run parkrun without stopping. I literally went from couch to 5k using parkrun to hold me accountable. I also exceeded my weight-loss goal, losing 57 pounds in 12 weeks.

Having transformed my lifestyle (and wardrobe) and not wanting to relapse, I used parkrun each week to gauge my progress. If I could shave a second or two off my time each week, I would know I was continuing to improve. I also decided to train for a longer race and signed up for a 10k toward the end of October 2015. That led to signing up for a half marathon at the end of January 2016. Clermont, Florida is a triathlon training mecca, so I tried my luck at swimming and cycling as a means to maintain cardio fitness without running too many days per week. I added a few sprint triathlons to the race calendar (as long as they did not conflict with Saturday’s parkrun). Then I added a full marathon to the calendar in October 2016; 18 months after starting to run. I have experienced a few injuries along the way that have kept me from running for some time (including an injury during the marathon), but I refuse to lose sight of the overall picture.

My first parkrun time was 49:05 and my PB sits at 21:22 waiting for healthy legs to shave a few seconds off. I am maintaining weight loss of around 80 pounds and would love to lose a few more (realizing every pound lost makes achieving a PB that much easier). If all goes as planned, I will complete my 50th parkrun on January 28, 2017, and my volunteer count should be close to 40 by then. Attending parkrun every Saturday has become a way of life for me and so many other Clermont Waterfront parkrunners. My parkrun family will continue to hold me accountable to my lifestyle changes, and I hope to one day do the same for someone else.