After 556 parkruns, how to keep things interesting 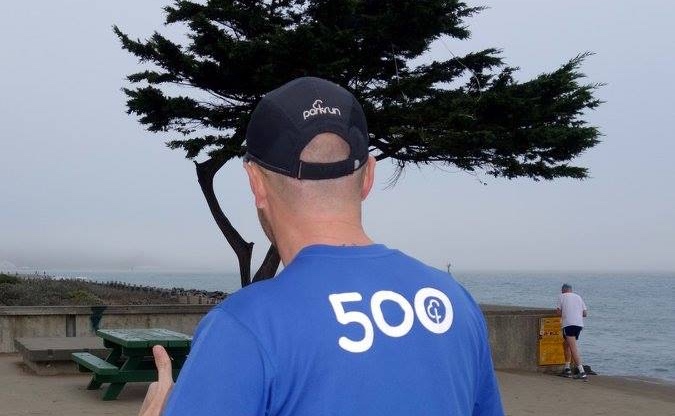 So, I had originally intended to scribe this piece for parkrun USA on the overnight flight back from San Francisco to London Heathrow, yesterday. Today is Monday. At least I think it is. My body clock is a bit thrown out still, so much so that I barely managed to wake up through the alarm and make it to work on time. I’m surprised as I slept for most of the flight back as I was exhausted. Hence my need to write this urgently now, before close of play EDT.

As to who I am and who is writing these very words? Well, my name’s Danny Norman, barcode number A482. I’ve been a parkrunner before the organization’s name parkrun was a twinkle in founder Paul Sinton-Hewitt’s eye. I’m 12 years and two months old in parkrun years. I did my first parkrun (or Bushy Park Time Trial as it was called back then) in late August 2005 and have been a passionate parkrunner ever since my first 5k jaunt with 38 others. Over that time I’ve been involved in many capacities with parkrun officially and unofficially, which I won’t detail here, but one of which is as a parkrun tourist. Or uber tourist as the colloquial parkrun tourist term goes. This has taken me around to 218 different parkrun event locations before Saturday and I’d finished 556 parkruns before then too. 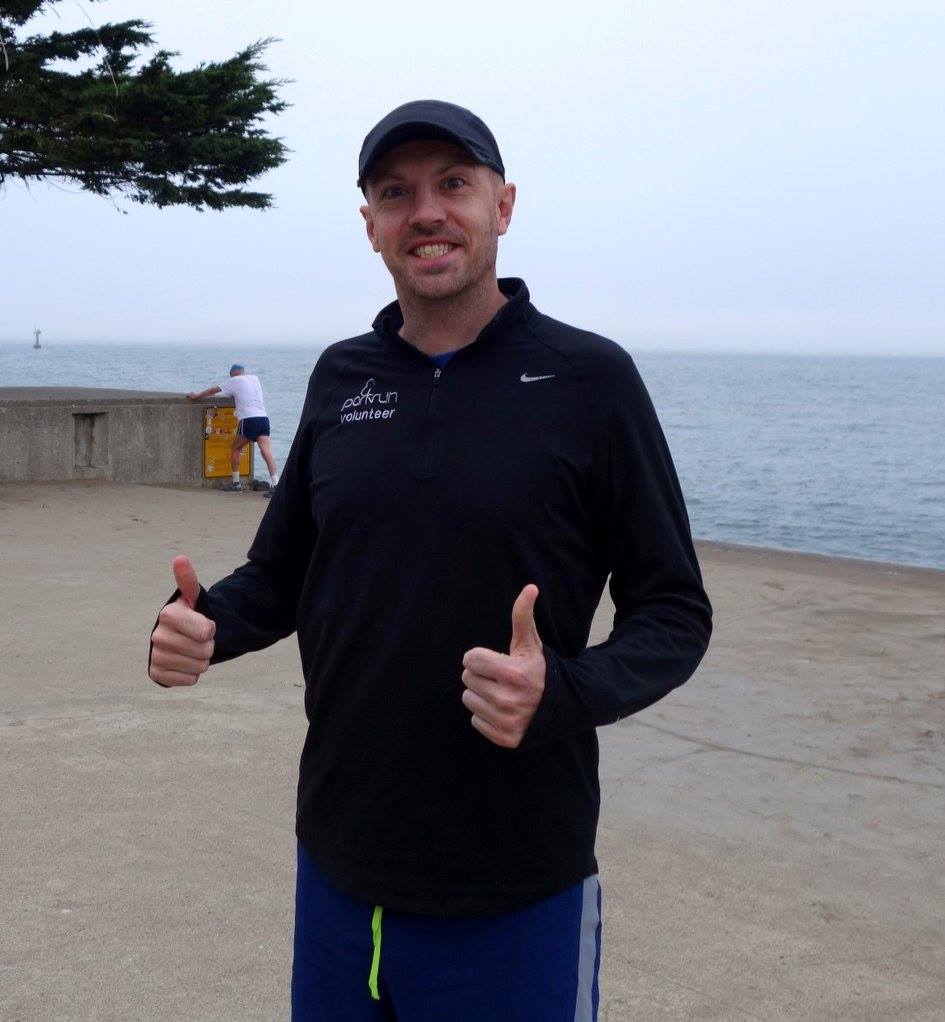 Not one of those parkruns had been on the other side of the Atlantic to where I am now, which is in South West London. However, much to my delight, privilege and good fortune, I was able to take part in Crissy Field parkrun this Saturday past (or parkrunday as I like to call it). A very kind friend named Chris Schofield had arranged and gifted me this unbelievable trip and belated birthday gift on the condition that he came too along with his girlfriend Chloe. I of course agreed to that condition. Chris had run at Crissy Field previously two years ago, so he was practically a San Francisco stalwart!

For what reason would Chris be so immensely kind? You’d really have to ask him, but I first met and got to know Chris primarily via my work on the now defunct ‘the parkrun show’, a podcast that lasted for three and a half years from September 2011 until March 2015. I’ve heard rumors (and received direct messages) of late that quite a few parkrun USA regulars are listening to the back catalog to help give them an insight into the parkrun ethos and history. I’m rather humbled by the fact that it is used for this purpose and seen as a resource after its end.

Running my 557th parkrun on Saturday was special. I had never been to the West Coast of the USA before, and I’d heard, read and seen so much about the iconic location that Crissy Field was afforded in the shadows of the Golden Gate Bridge and Alcatraz. I was extraordinarily excited, as you can imagine, simply because I’m a big fan of visiting iconic landmarks when I can afford to do so, so to combine two passions at once meant a great deal. This is not to say that any parkrun is valued any less by myself for not having a world famous landmark nearby. I genuinely mean it and do not pay lip service when I say that I appreciate all parkruns for simply being, regardless of their aesthetics. I just love the fact they are there and that the community is growing and more widespread globally year-on-year. Seeing that parkrun logo emblazoned with pride by the Crissy Field volunteers on their bibs means a lot. 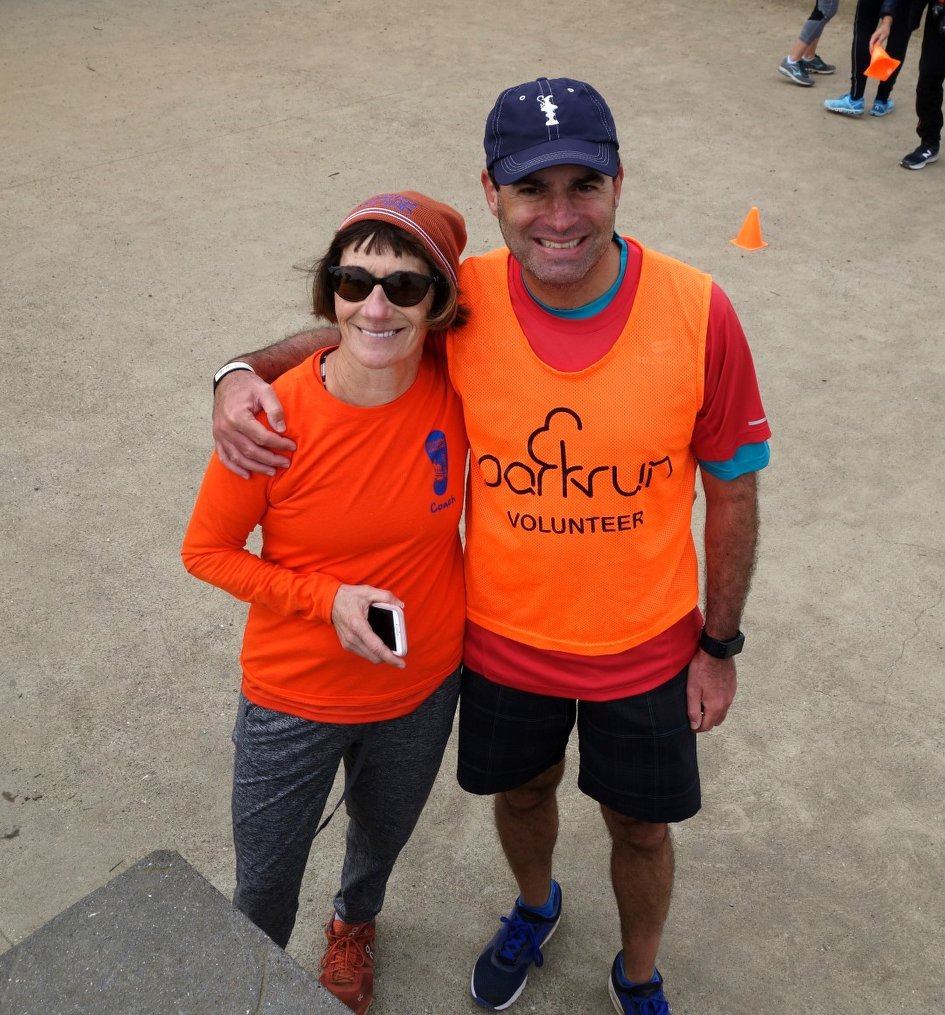 And the run? When do I get to talk about the run experience itself? Well, now. It was always going to be a little different to their previous 143 events. This was caused by the attendance of a large group of participants from the ‘Running For A Better Oakland’ nonprofit organization. The previous attendance record for Crissy Field was 141. With the collective of blue-and-yellow clad runners, of all age ranges and abilities, added to the regulars and visitors (one of whom was the lovely Naomi Aitken, Event Director at Bracknell parkrun in the UK here with family) it amounted to a record 256 finishers, which also meant a record attendance for any event in parkrun USA’s history so far. I mean it when I say I expect this is not the last time this will happen in terms of record figures, not just at Crissy Field parkrun, but I wouldn’t be surprised when in time this will be looked back on as relatively small by many events in the USA. I’ve seen it happen multiple times in the UK, especially when the event where it all started for me and for parkrun as a whole, Bushy parkrun, has grown to well over 1300 runners regularly a week. I’d always like to caveat here that size of turnout is not the be-all-and-end-all either of parkrun success. I’ve also adored events with just eight other runners, like at Uditore (Sicily) parkrun’s 3rd event and I simply love the smaller events equally with their close-knit community feel just as much as the larger ones. 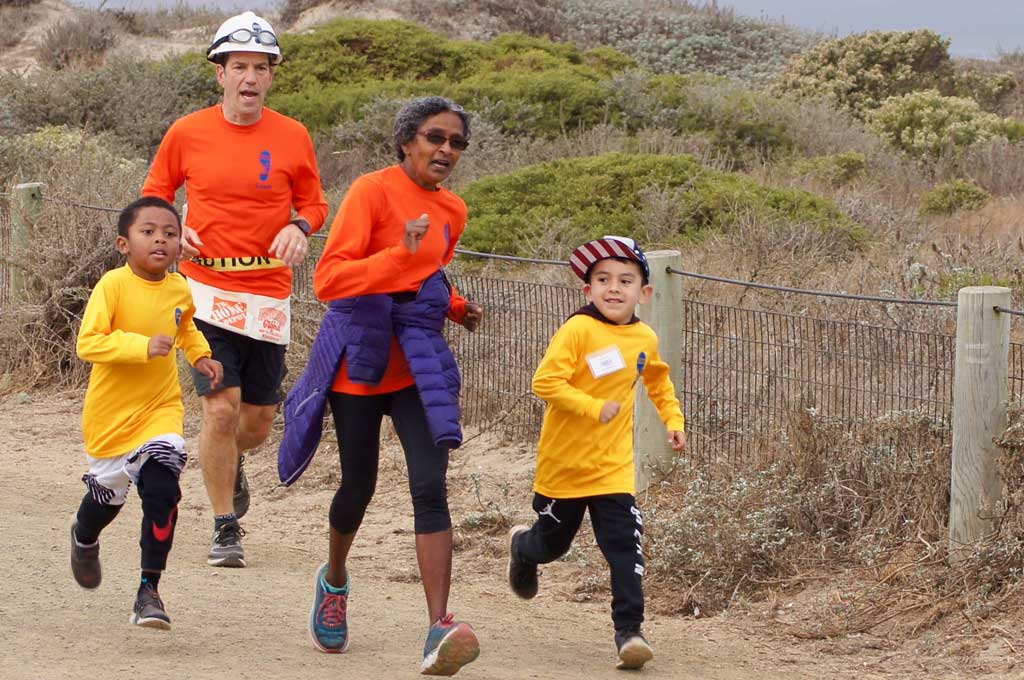 Not only was the turnout a record, but a fellow Brit, Rebecca Robinson, running her second Crissy Field parkrun (she ran the week before) and in only her 7th parkrun in total, went sub-17 minutes to set the fastest time by a female on parkrun USA soil, with a super 16:54. That was amazing to watch unfold in front of me equally as much as it was to loop back on the course and pass the plethora of RBO Oakland participants coming the other way. It capped what was a superb morning all-in-all. I had trepidation, I had excitement and I was joyous. I had taken part in a parkrun in all senses of that compound word and its meaning. I was warmly welcomed, I had fun and the simplicity of parkrun had translated well onto the shores of the Golden Gate. The future of parkrun USA looks golden and I really wish it the best. Especially as I wouldn’t mind coming back to run another one in the USA sometime. 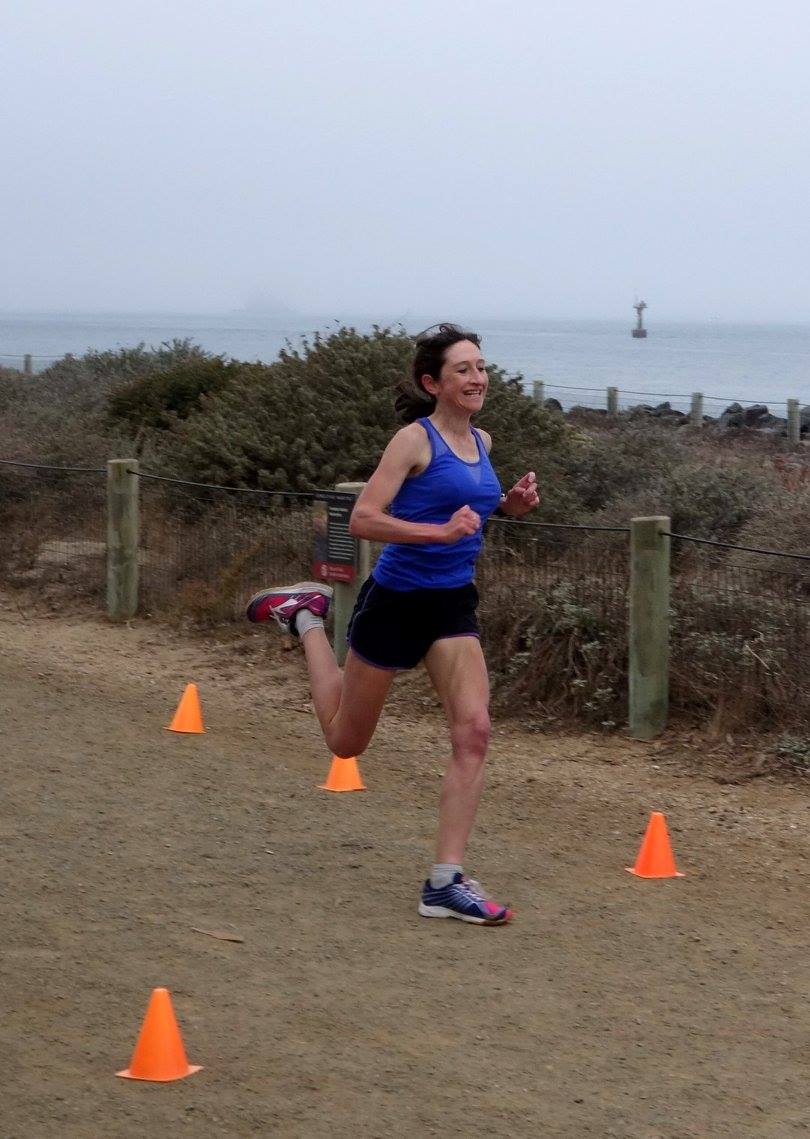 May I thank Event Director Max, Dale, Crispin and all the volunteers for hosting this event and a very special thank you to Joanna Gadd who kindly helped me retrieve my special parkrun volunteer top that I’d left behind. It was an honour, a privilege and an everlasting memory made. I hope I’ve thanked everyone and done the occasion justice.

I even made a video recording of the morning if you’d like to see a bit more, which can be found here.