In this week’s parkrun USA roundup we celebrate firsts, and the people who come last. Plus new partnerships, and changing seasons. 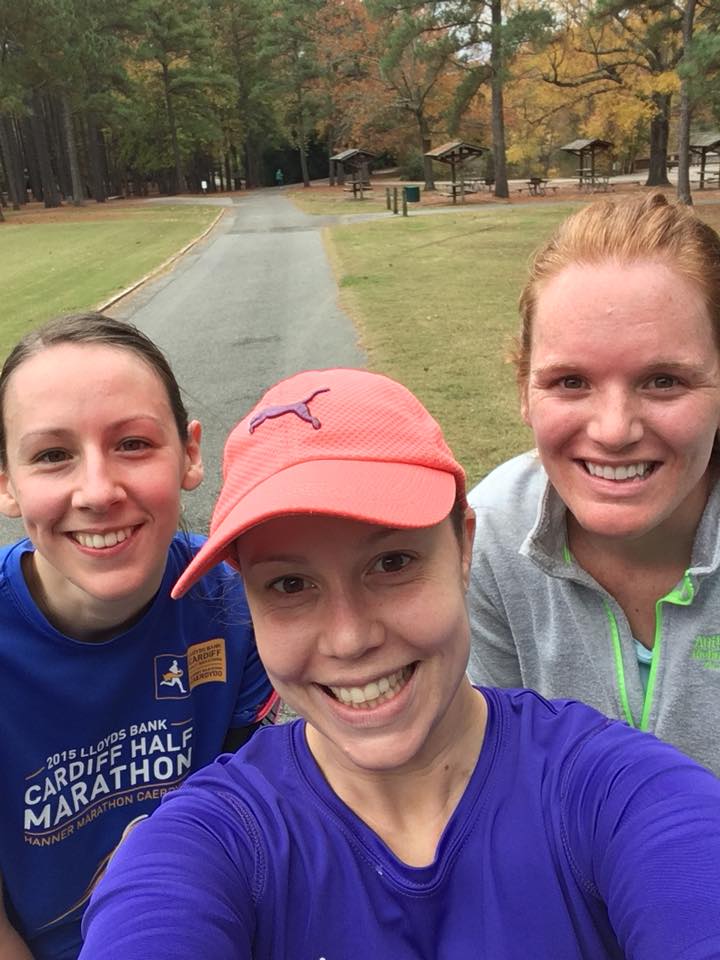 The first-timers this week at Deep Run parkrun included event director Nicole Brown. Of course, she has been there almost every week since the launch in June, but it’s great to see her in the results table. 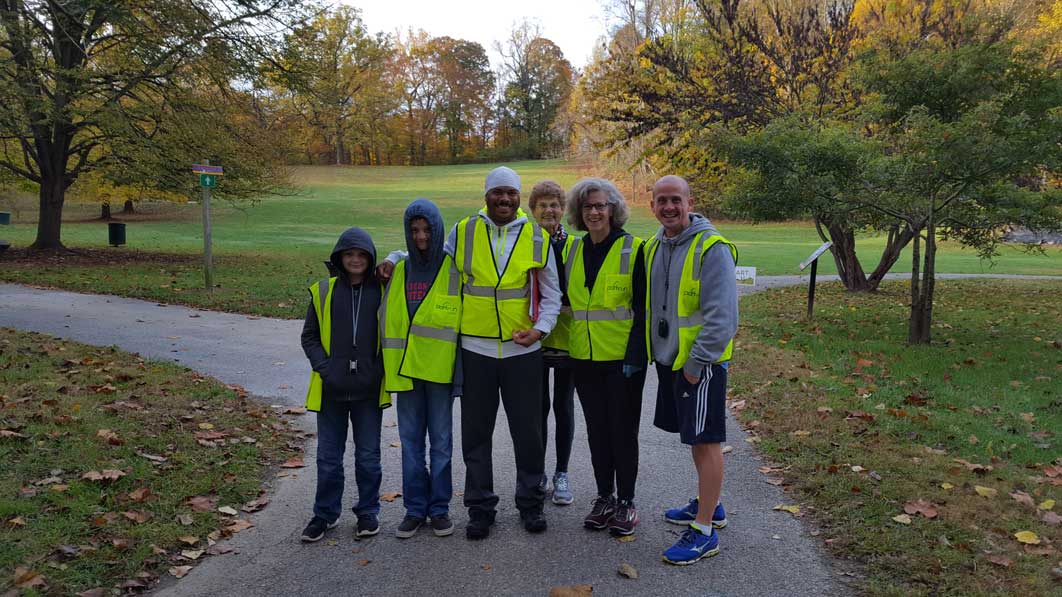 Iman Newman was a first-timer this week at Leakin Park parkrun. As run director, that is. Iman is the most frequent parkrunner at the event. After 20 events, he has run 14 times, and volunteered 5 times. 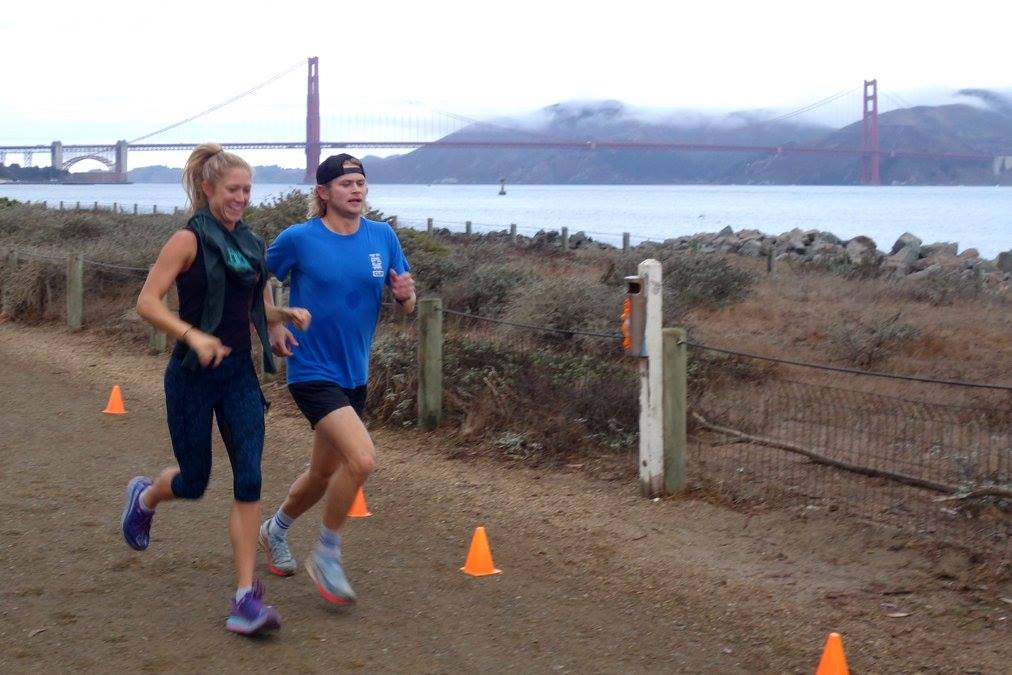 At Crissy Field parkrun they enjoyed a more leisurely parkrun, after last week’s record-breaking event. Event director Max Metcalfe celebrated by running his slowest ever parkrun, together with his sister Julia Metcalfe. 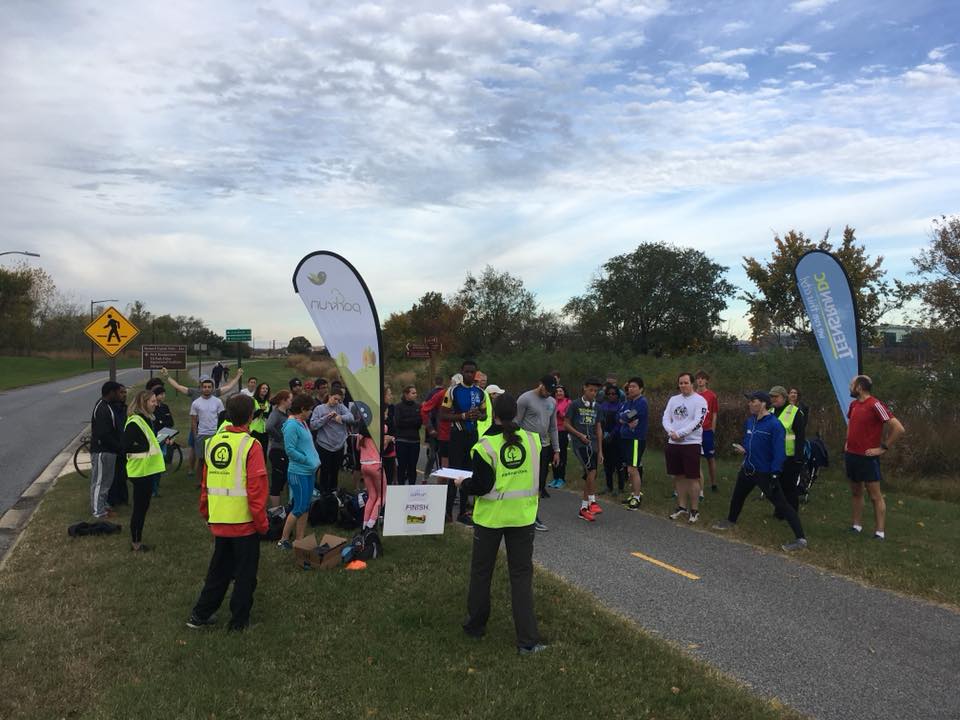 In Washington DC Anacostia parkrun became the 14th member of the parkrun USA family. The first event was co-hosted with Teens Run DC, a great local youth organization. They welcomed a mix of locals and parkrun tourists to the launch. Not parkrunners from abroad, but from the 3 existing DC-area parkruns: Fletcher’s Cove parkrun, Roosevelt Island parkrun, and College Park parkrun. 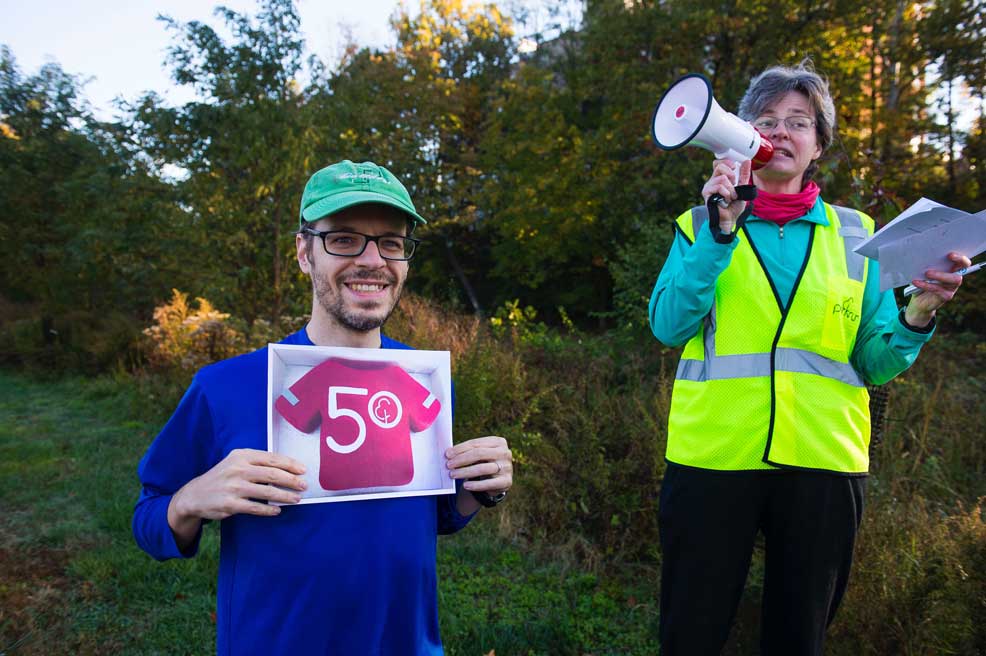 Here’s one that we missed last week. At College Park parkrun Clark Ridge did his 50th parkrun, in only the 55th event at College Park. This may be the fastest that a US parkrunner has reached this milestone after the launch of an event. But Clark isn’t the first in his family to reach a parkrun milestone. He alternates weeks in which he leaves everybody in his wake with weeks when he runs with his 8-year old daughter, who recently earned her 10-run shirt.[Photo: Lisa Helfert/UMD] 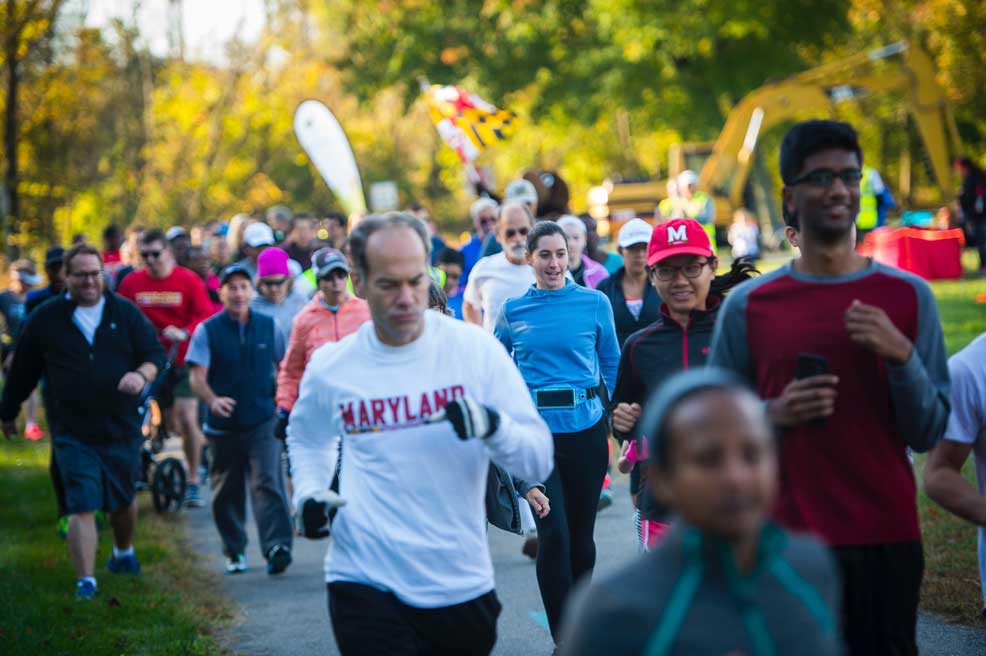 The fine fall conditions are drawing large crowds to College Park parkrun, where they had their 3rd consecutive week with 100+ parkrunners. Almost all locals.[Photo: Lisa Helfert/UMD] 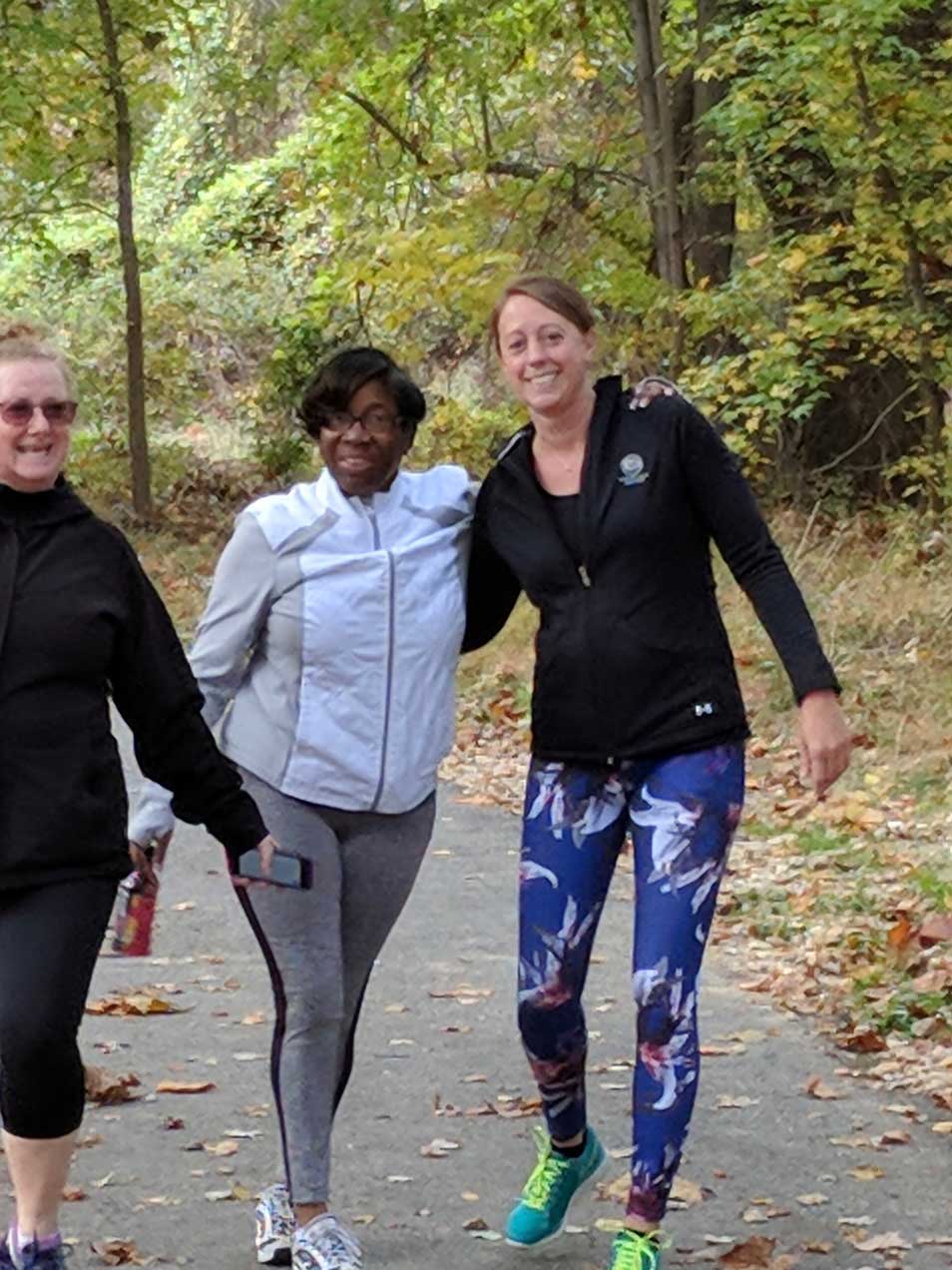 Dustyn Kujawa and Denise Mitchell are both candidates for the city council district that hosts College Park parkrun. Did they spend the weekend attacking each other on the campaign trail? No, they were parkrunning together on the Paint Branch Trail.

UPDATE. Both Dustyn and Denise were elected on Tuesday, fending off challenges from non-parkrunning candidates. Congratulations. 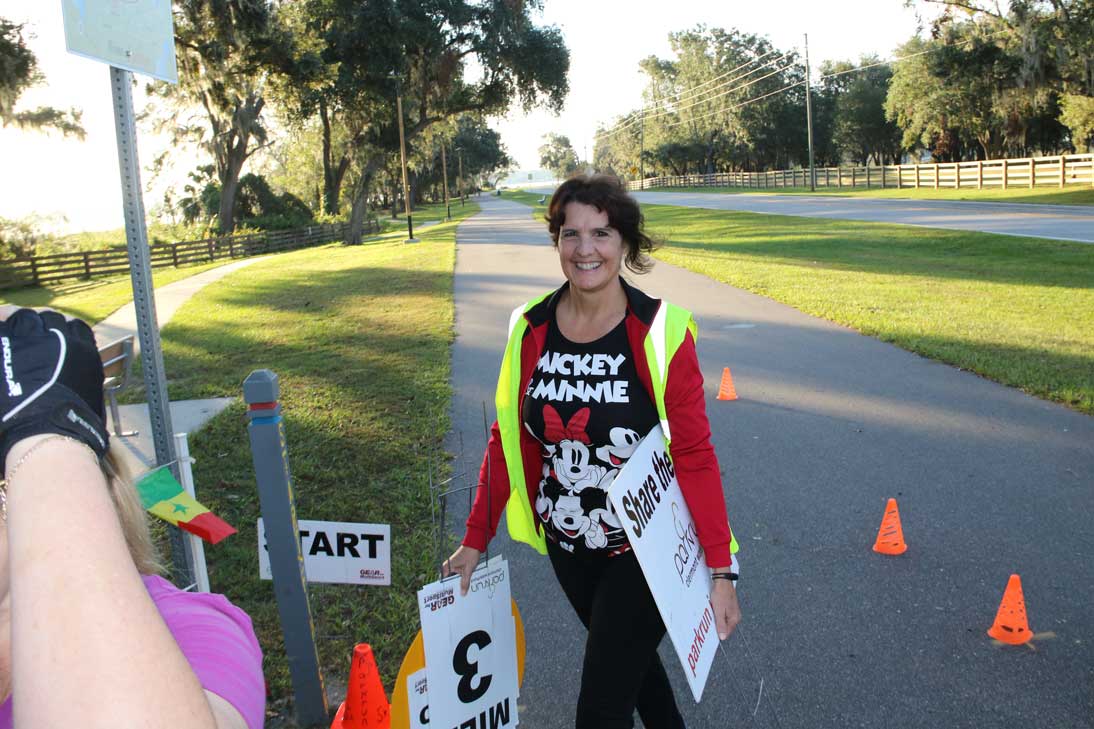 We often celebrate firsts. But it’s also important to celebrate the folks who finish last, the parkrun tailwalkers. They ensure safety. They ensure that other parkrunners do not finish last. Some of them also do course takedown. Some of them double as photographers. And they get to enjoy parkrun for longer than anybody else.This was last week at Clermont parkrun. 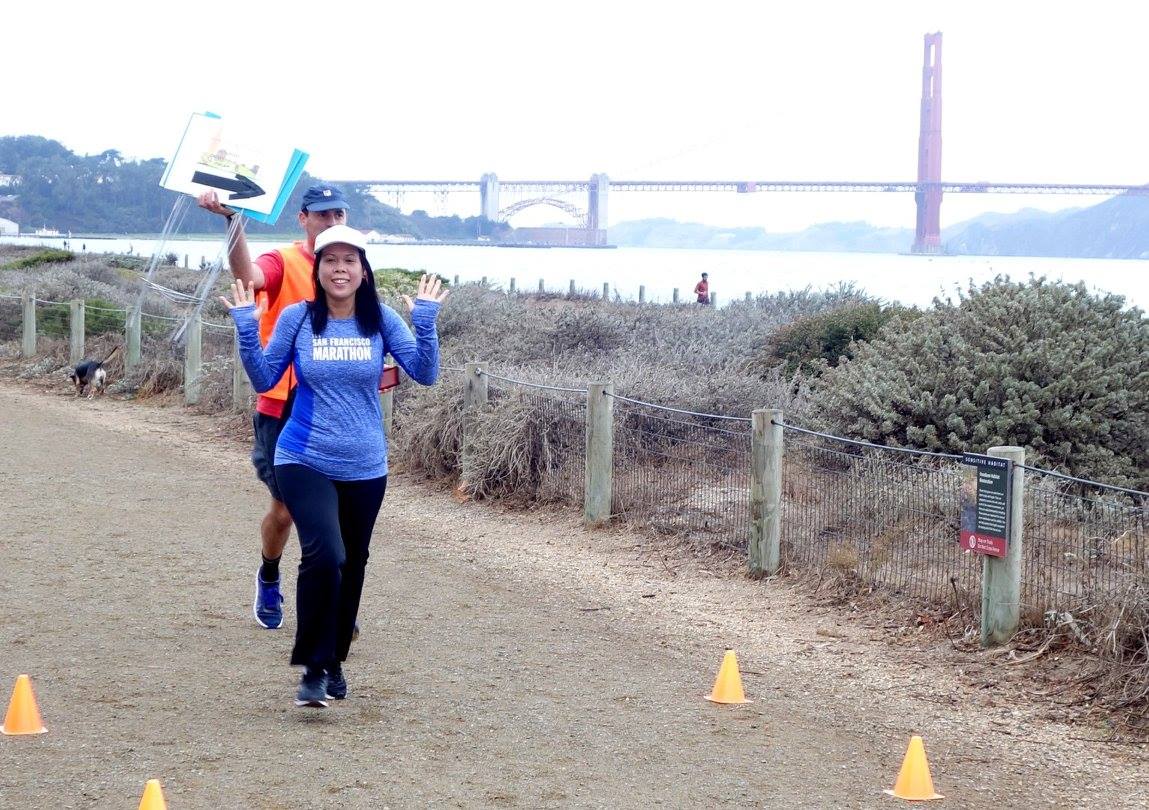 At Crissy Field parkrun Joel Rizzo is closing in on his 100th parkrun, all at Crissy Field. And many of runs are as tailwalker, where he meets different people every week. 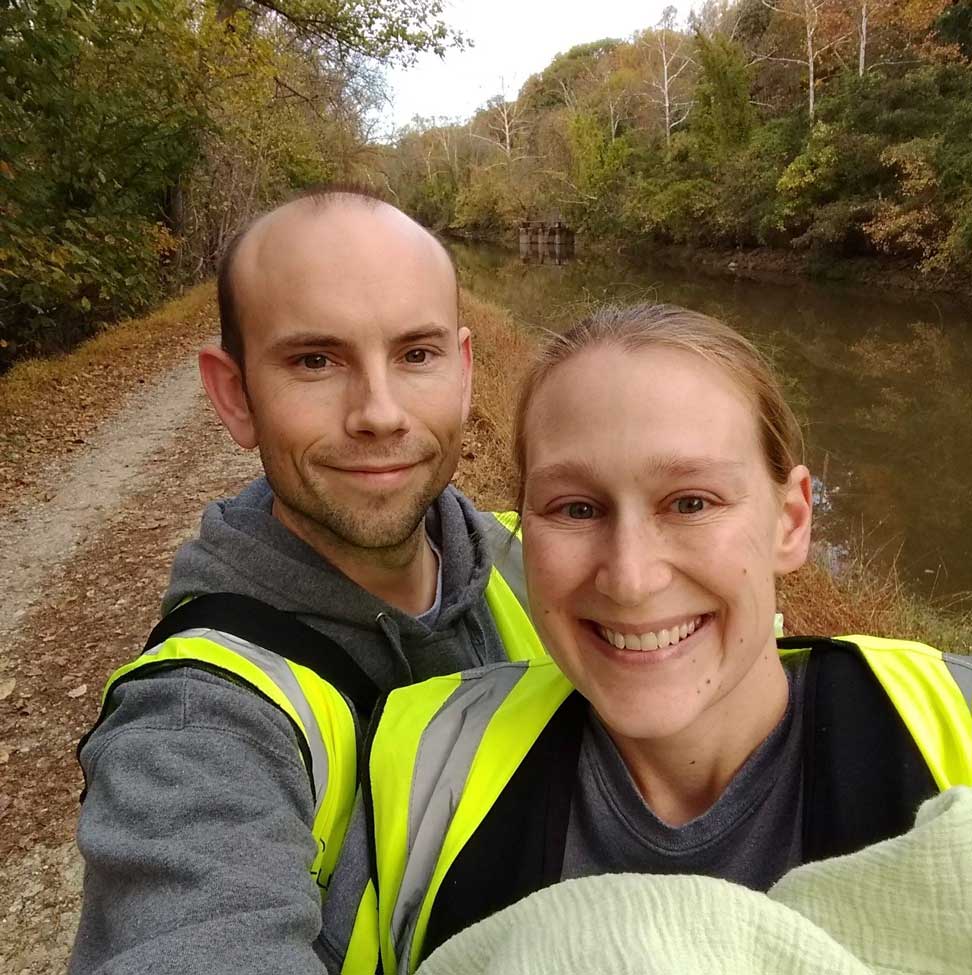 Sometimes the tailwalkers carry more than just signs. At Fletcher’s Cove parkrun they had a special tailwalking team this week. Ian Ross and Stephanie Coomes visited their home parkrun for the first time since the birth of their son. Knowing that carrying 7-week old Henry would slow things down a little, Ian and Stephanie picked up volunteer vests and sent the pre-assigned tailwalker off to run. 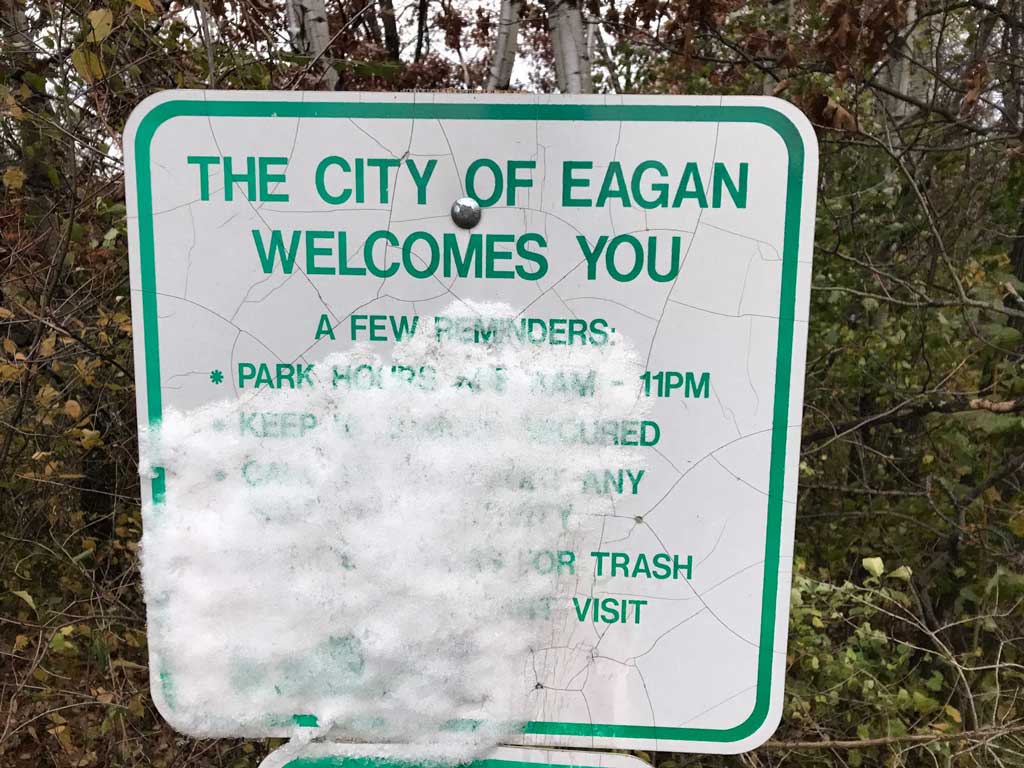 At Eagan parkrun in Minnesota the weather is already moving from fall towards winter. 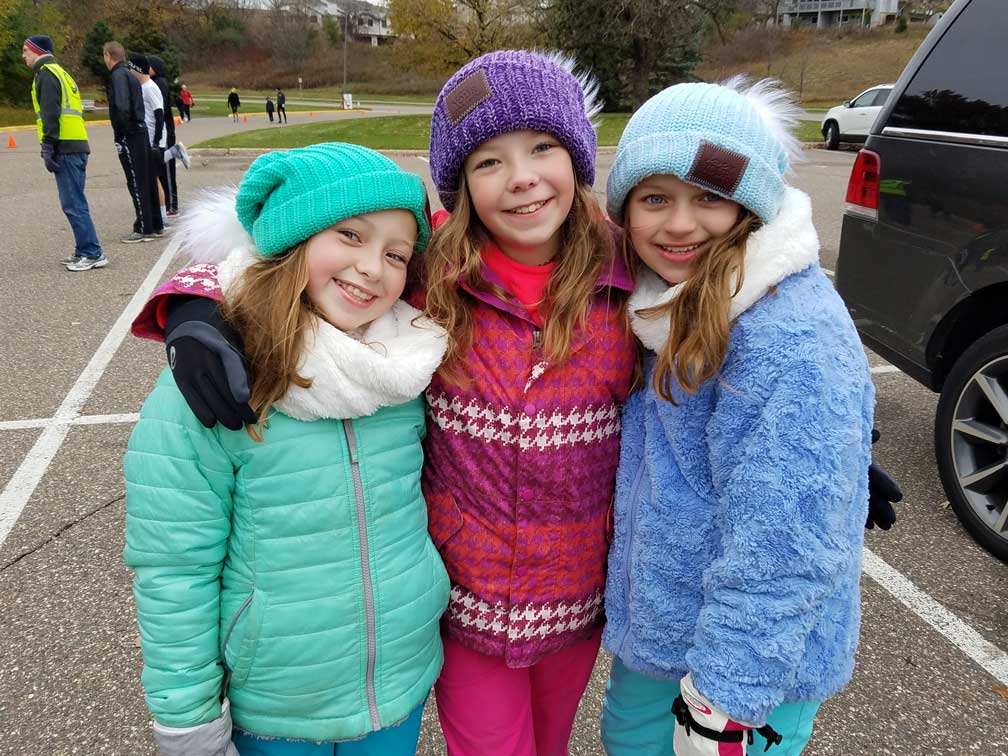 But the parkrunners at Eagan parkrun are equipped for the colder weather. 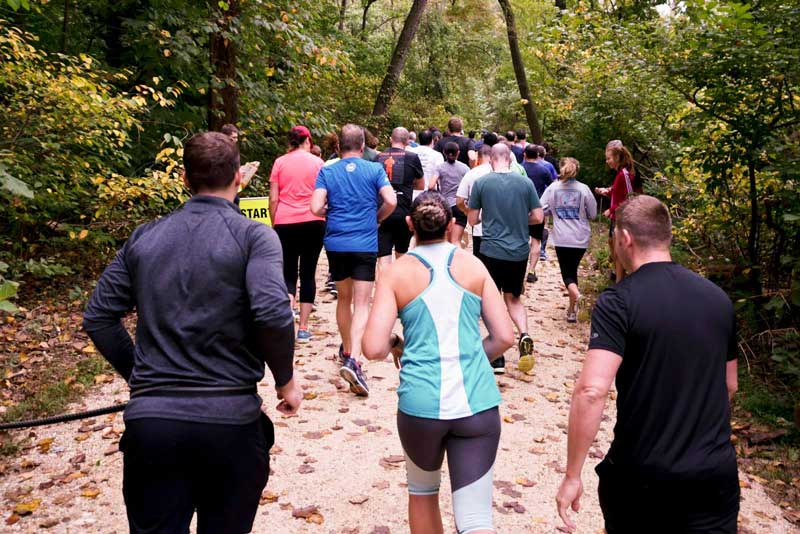 At Roosevelt Island parkrun they announced an exciting new partnership this week with Potomac River Running Store, which will offer discounts to new parkrunners and gift cards to parkrunners when they reach parkrun milestones. For volunteering and for running. 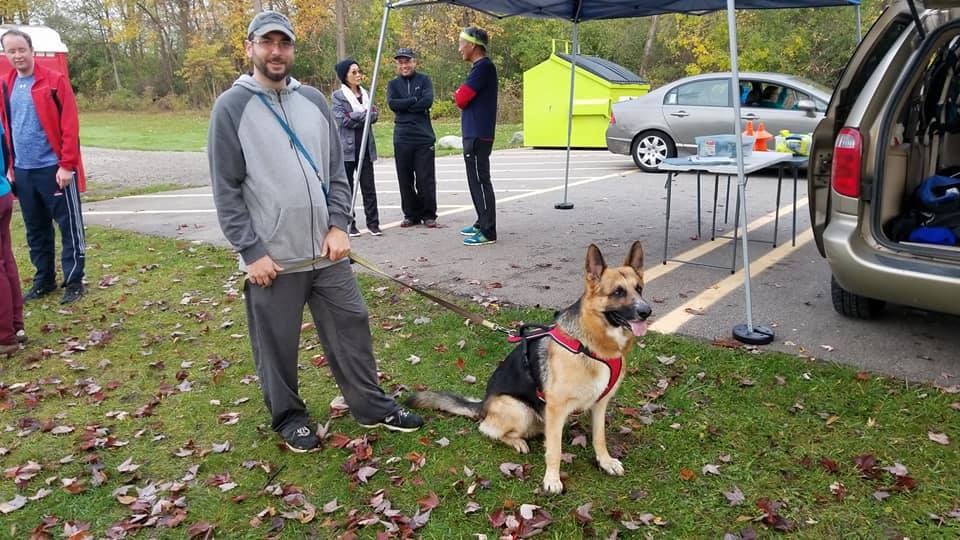 At Livonia parkrun one regular parkrunner lost his keys on the course. Cory Moore and his dog Bane found the keys.One more reason to love having dogs at parkrun. 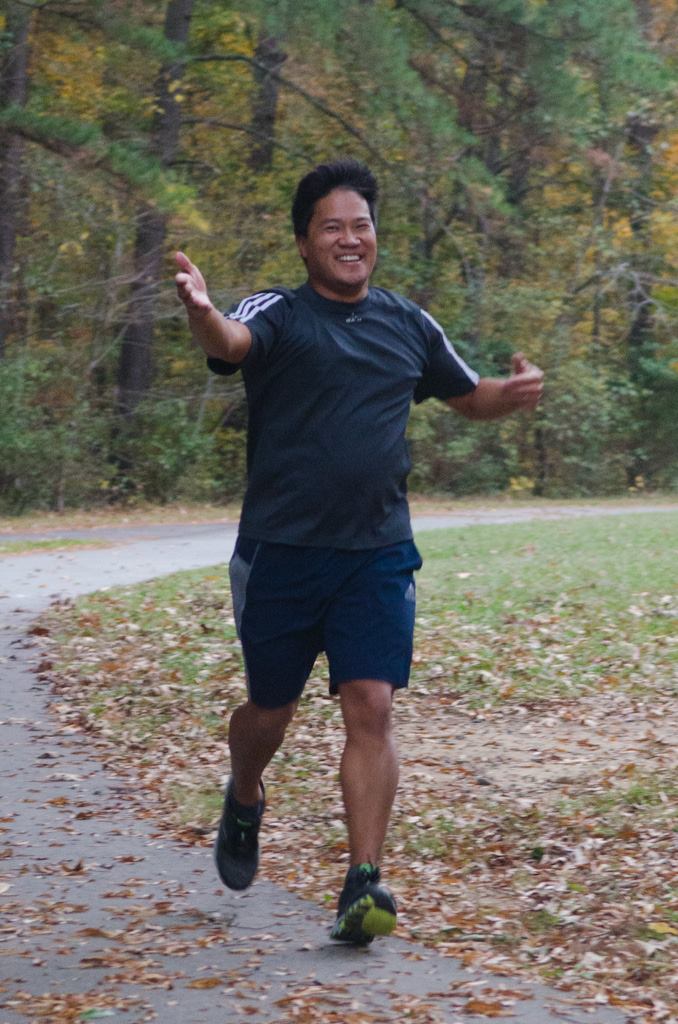 It was still beautiful fall weather at Durham, NC parkrun. 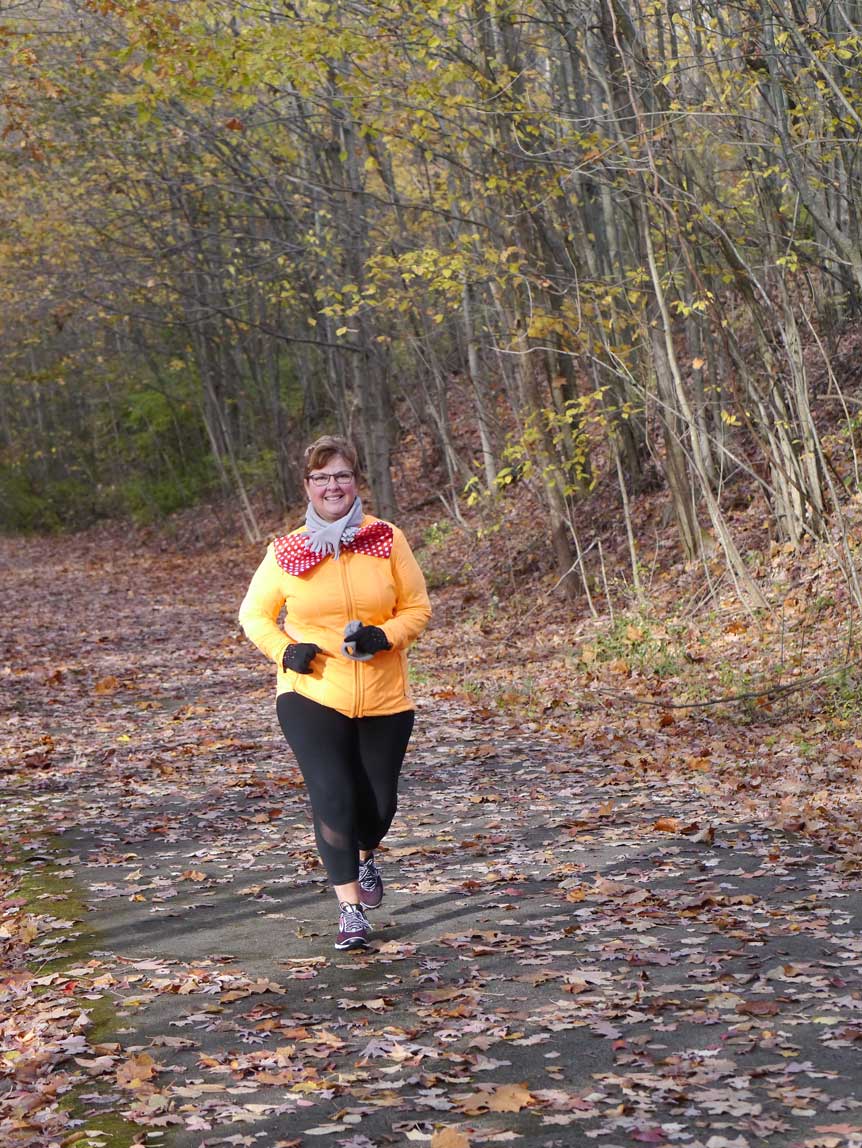 And at Mansfield OH parkrun some parkrunners even coordinated their attire with the leaves. 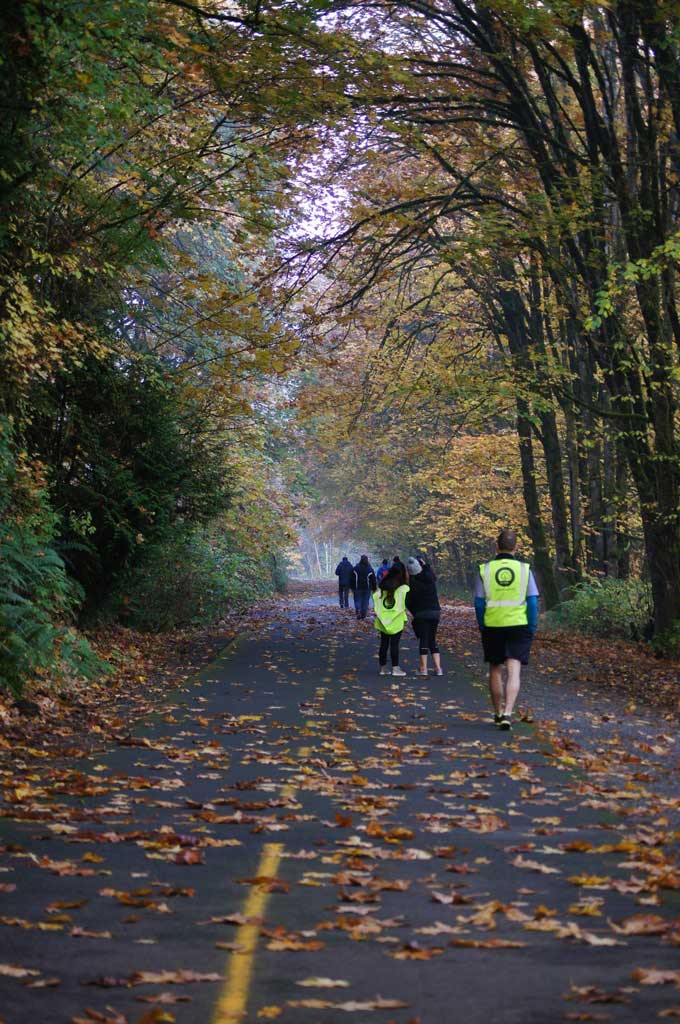 See you next week.One of next week’s attractions. Renton parkrun (Seattle area) will be holding a final practice event, ahead of their November 18th launch. If you wish your community had this every Saturday morning, drop us a line at usa@parkrun.com.