Putting the weight back on for parkrun

Every week, we bring you personal stories of people around the world that inspire us to achieve, to change, or to overcome whatever life throws at us when we put our minds and our bodies to work, even if it only starts with a free, weekly 5 km run in the park.

Last week, David Noonan, of Perth, Australia, showed up to run his usual Aveley parkrun literally wearing the extra 120 pounds – in the form of weight vests and pads on his chest, back, legs, ankles and arms – that he has lost since he decided to turn his life around, to remind himself of how far he has come, and to inspire other to commit themselves to achieve their goals.

Across the country, we have heard hundreds, if not thousands, of stories in the parkrun community about people making the commitment to participate every Saturday morning for their free, timed 5k run or walk in a bid to either lose weight or improve their health.

And one such story at Aveley parkrun in the north-eastern suburbs of Perth has not only warranted the proof that changes can be made with a commitment to participate in a weekly social run, but that if one individual can turn their life around by doing so, it’s certainly not impossible for others.

This Saturday, on November 4 Aveley parkrunner David Noonan will be taking to the course wearing an extra load of 54kgs strapped to almost every visible body part to officially say goodbye to his old ways of living, and really give himself clarity on how heavy he used to be.

In late 2013, David Noonan was 32-years-old and found himself weighing his heaviest at 147kgs following an ‘enjoyable’ lifestyle after more than six knee surgeries to repair damage from playing rugby. Not long before December of that same year, David had a health scare which was the catalyst for turning his life around. 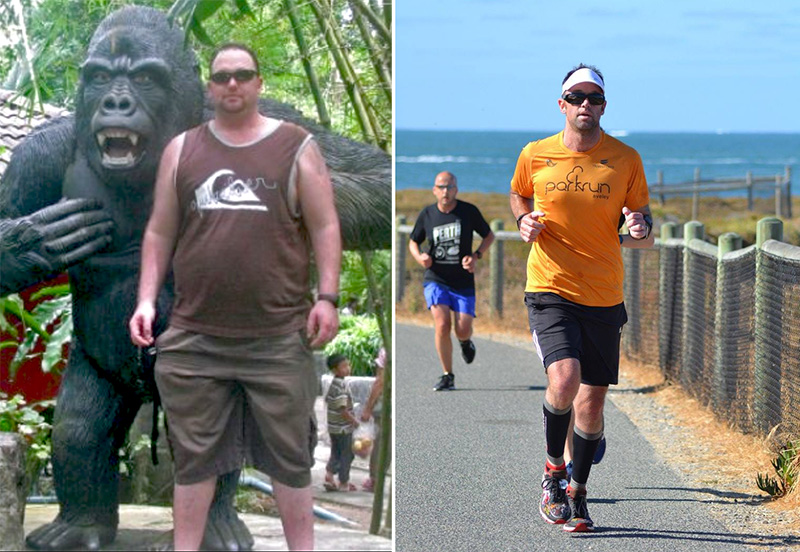 After being taken to hospital with severe stomach pains, doctors discovered a shadow on David’s stomach– and there were two options of what it could be. It was simply cancer, or not cancer.

After speaking to a specialist, David made the decision to have gastric sleeve surgery, which would mean a proper biopsy could be performed on his organs. Thankfully there was no sign of cancer, and David believed his health scare, as well as the surgery, were the kickers he needed to get his life sorted.

And so he did.

During his recovery, David began walking around the neighbourhood in mid-2014 with the aid of a running app. “After a couple weeks, my sister Veronica asked me how I was going,” he said.

“I was improving a little but not really enjoying it, and she mentioned that she was doing something called parkrun. I was nervous to join in as I knew I was going to be slow, and I was still massively overweight.”

On October 11, 2014 David brought his barcode along and like many first timers, feeling slightly apprehensive and perhaps a bit intimidated, ran-walked his first official parkrun in a time of 38:59. He hasn’t looked back since, and on October 14 celebrated his third parkrun anniversary after losing more than 60kgs and now running is a major part of his life. David has gone from being barely able to walk around the block to getting his parkrun PB down to 20:37.

He has also successfully completed a number of ultra marathons including the Australia Day Ultra 50k this year, finishing in a time of 4:42:42.

“The people here at parkrun encouraged me to become better and more confident in myself,” David said. “I removed the self-doubt and the negative thinking around personal abilities of myself, and just turned up to all the parkruns I could.” 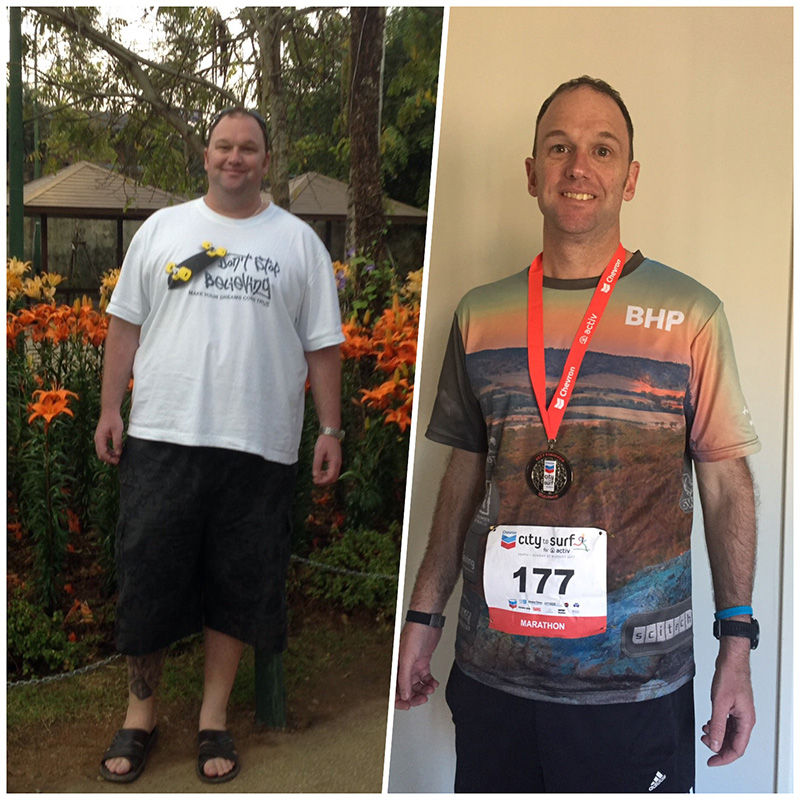 This Saturday on November 4, David will be challenging himself at Aveley parkrun, where he is also a Run Director, to remind himself how hard it was to run when he was at his heaviest weight – and to show others that they too can make a difference in their lives simply by committing themselves to achieving a goal. Carrying a weight vest on his back and chest, as well as weight pads on his arms, legs and ankles, he will attempt to beat his first official ever parkrun time carrying almost 60kgs.

“I just want newcomers to parkrun to know they are always welcome in our community,” David said. “Take the step and get involved every Saturday, you never know where your parkrun journey will take you. My own has taken me to places I never thought possible; three years ago there was no way I could see myself doing the distances I’m doing now.”