Letting go of my crutch

A few weeks back, this picture of a single runner on a snowy path was viewed, liked and shared thousands of times on parkrun social media channels. Who is the man, and what is the story behind the image? It turns out to be as inspiring as it gets. Juan Leg (yes, that’s his name; he chose it himself) is so committed to running in all seasons that he has not missed a single parkrun at Heritage Harbor since he discovered it in December. He has finished first on five of the last six runs and, on one occasion, he was the sole runner to turn up at the frigid Illinois river marina course. All of this while running on only “Juan” leg. Pierre Alexander, Event Director at Heritage Harbor parkrun, met with Juan to find out more. 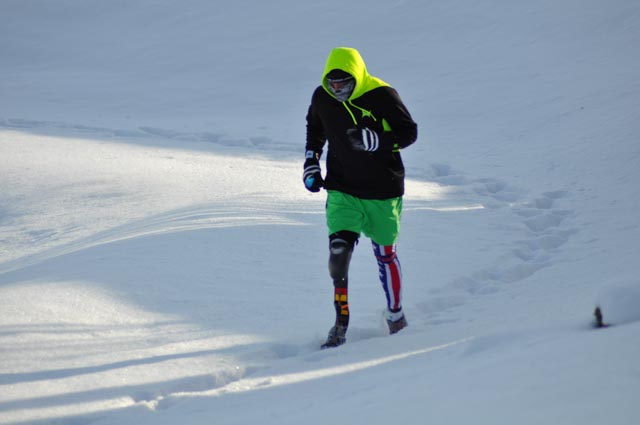 PA: The picture of you running in the snow in Heritage Harbor has been shared around the world, and you have become an inspiration to so many, including parkrunners who may have chosen to stay in bed. How does it make you feel? Could you share a few words about yourself?

Juan: I guess it’s good, as long as it’s inspiring others. Life turned for me once I started running. Doctors were saying that I’d be on crutches my whole life. I got mad at the doctors because they didn’t take into consideration the human spirit and the will to do things.

When I lost my leg, my doctor would always tell me to get a handicap sticker, and I told him I’ll never get one because losing my leg is not going to be my handicap. 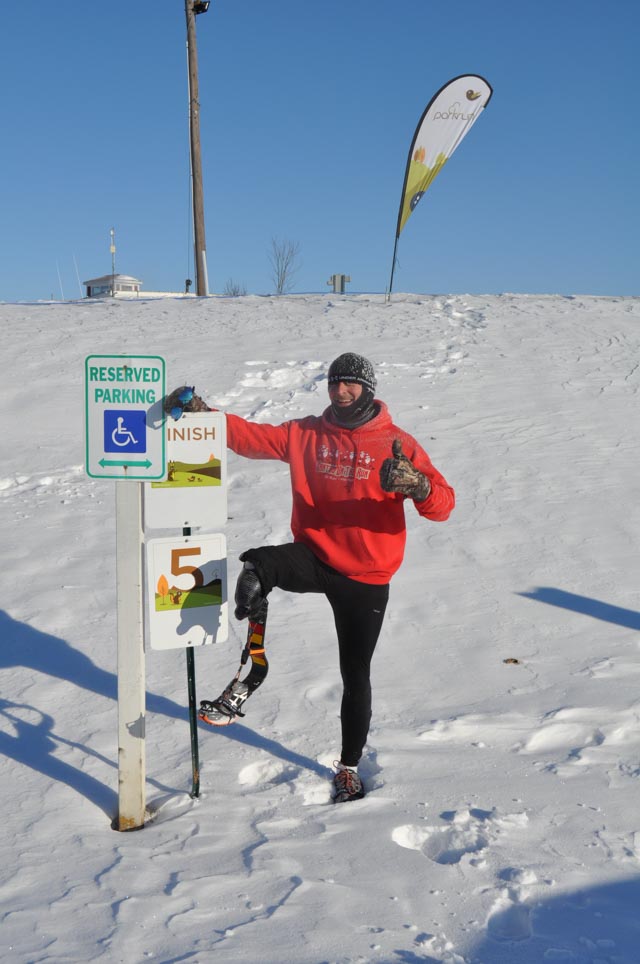 PA: One snowy day you were the only parkrunner to turn up to run at Heritage Harbor. Where did you find the motivation to do this?

Juan: The motivation comes from a life experience with my son and so desperately wanting to run with him. Now I run almost every day.

I was on crutches for 16 years. When my youngest was a senior, he wanted to be quarterback in high school, but he ended up on the track team after the track coach was blown away by his times. When competing in his first race, he burnt out, so after that, he practiced and trained hard, and he started winning his races. I had to see this for myself.

I got angry after that because I wanted to run with him, so I looked around for a running leg, but insurance wouldn’t cover it, and it’s just so freaking expensive! A guy in Chicago, David Rotter from Scheck and Siress, a prosthetics company, offered me a leg and didn’t take a penny.

When I put it on, I felt I could bounce around. I walked around at home and got used to it. Not having used those muscles in 16 years, I had to rebuild them, so I started going to the track at the high school. 50 yards, half a lap, 100 yards, until I could do a full lap, and then my first 5 km, which was about 3 months after getting my leg.

My goal became running without stopping. After that race, I met Starved Rock Runners Club and they saved my life. I now run to inspire others and help them realize that they can do it. 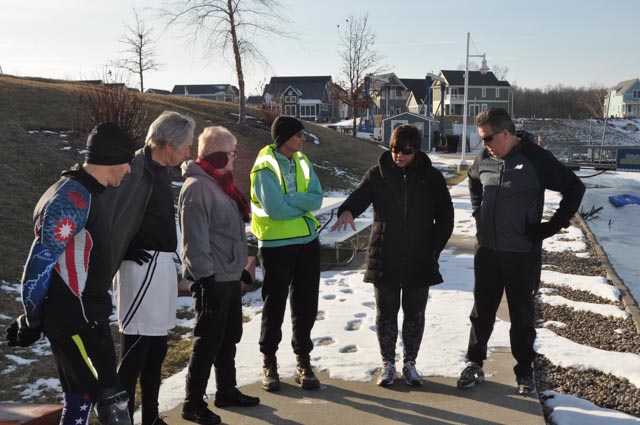 PA: How have you become involved with parkrun? What has been your experience so far, and what would you say to people to just getting started?

Juan: I run circuit races with my club, but when it’s over its hard to find races, so after seeing a parkrun advertised, I joined to keep running in the off season. I love it! Its free, runners become your family, like my running club. It is a great way for me to continue my runs on the off season.

I’d encourage anyone to just get off their butt and move. People need to let go of their crutch. Just register and show up and the rest will happen. 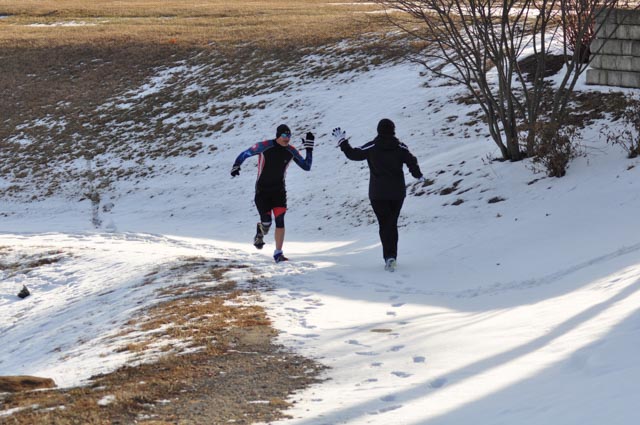 PA: What’s your next big challenge?

Juan: It’s a running challenge. I would love to do a marathon. I don’t know if my stub will do with all the pounding, but I want to do it. I would also like to get under 20 minutes at parkrun, at least 19:50 for a 5k. 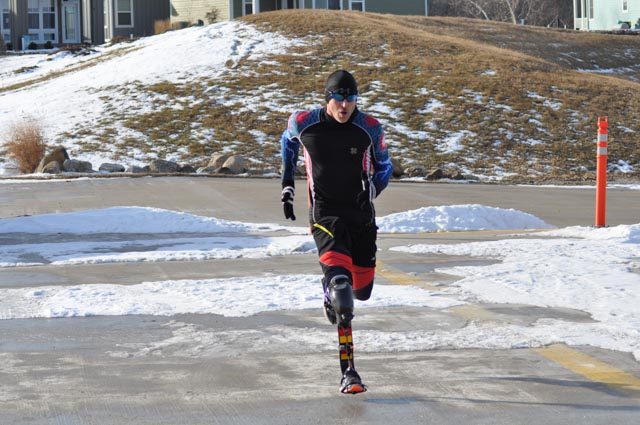 PA: How did you lose your leg?

Juan: I tell everyone it was an alligator, and I even have an alligator’s head at home that I tease people with, but it was actually an infection that never healed. 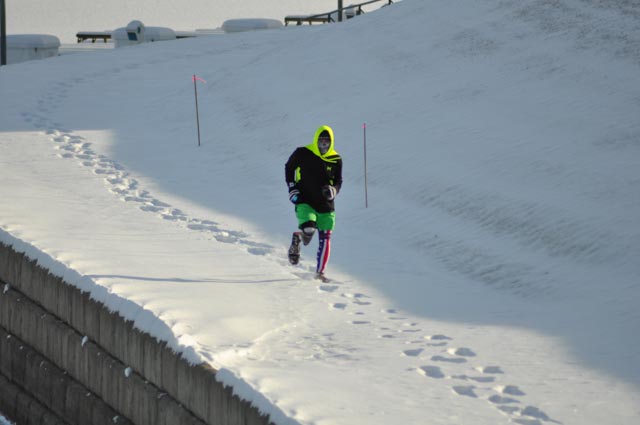 PA: Juan Leg. Is that really your name?

Juan: Yes, that’s my name. I came up with it myself, after I lost my leg, and that’s who I’ve become known as! 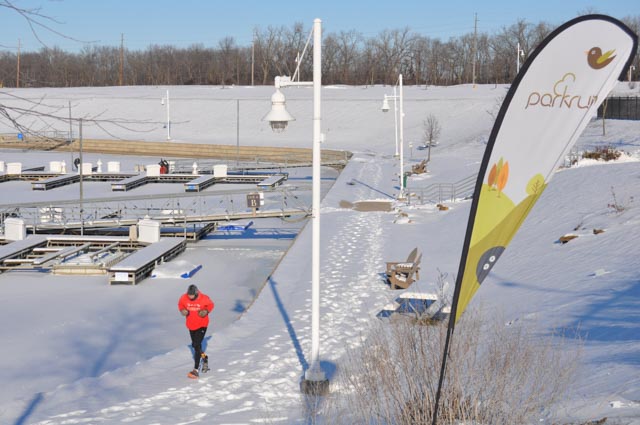 We were delighted to welcome parkrun back across most parts of New Zealand at the weekend, which together with events in Australia’s Northern Territory and one in the Falkland Islands, saw more than 2,700 people walking, jogging, running and volunteering across 27 locations. The first time round, it took us five-and-a-half years to go from…