Best friends, new friends, four-legged friends, it was clear looking back at parkrun events in the USA that everyone had a great time! Spring seems to be doing a kickstart with matching weather across the board. Only one cancelation this week, but due to a competing event and not the weather! We may need to start a new weekly competition (unofficial) for the best parkrunner smiles; because you guys looked fabulous this week! 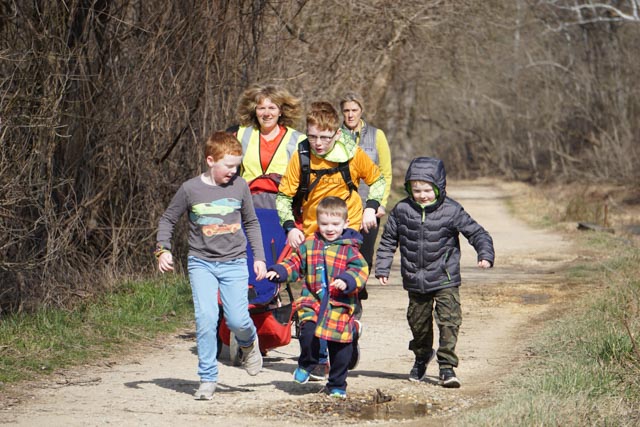 If you were one of the few who braved the road closures to get to Fletcher’s Cove parkrun, you should have seen these boys in action. This was Kristy’s 75th run at Fletcher’s Cove, and Murdo’s first registered parkrun finish after his epic stroller-to-finish line dash the week before. These brothers have each other’s back. 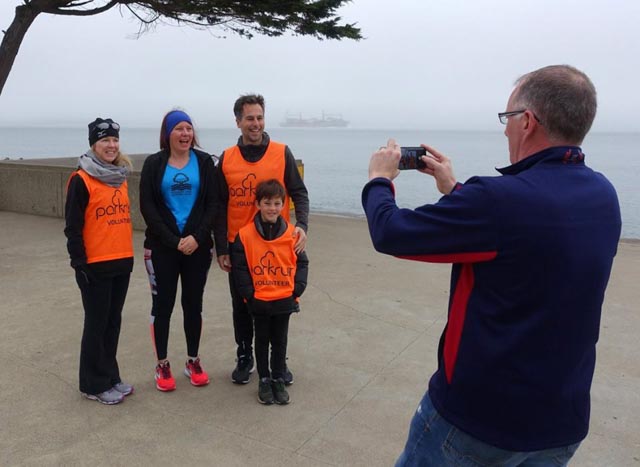 Crissy Field parkrun was full of smiles as they were greeted by their new record of 13 volunteers. Volunteers really make parkrun … well … run. And that fog does nothing to dampen the parkrun spirit. 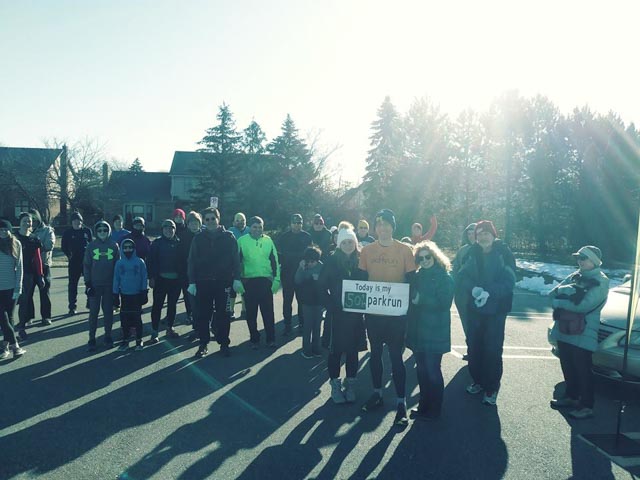 Wait, there was hardly any snow in sight at Livonia parkrun this week, but nobody seemed to notice as Tim Keer celebrated his 50th parkrun with his family … and a few closest friends. Rumor has it there were donuts as well. 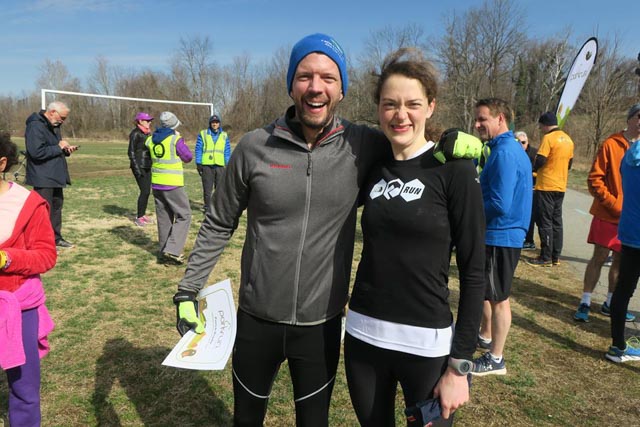 College Park Mayor Patrick Wojahn was awarded parkrunner of the month for College Park parkrun on his 33rd parkrun. He made a campaign promise to earn his 50 milestone shirt during his second term, and he is well on his way. Today he met Rose Penfold, visiting Event Director from the soon-to-launch Jamaica Pond parkrun in Boston, MA. Rose’s accomplishments this week: 1) First Finisher, 2) First time the first finisher was a female, and 3) Female Course Record. What a way to celebrate International Women’s Day! 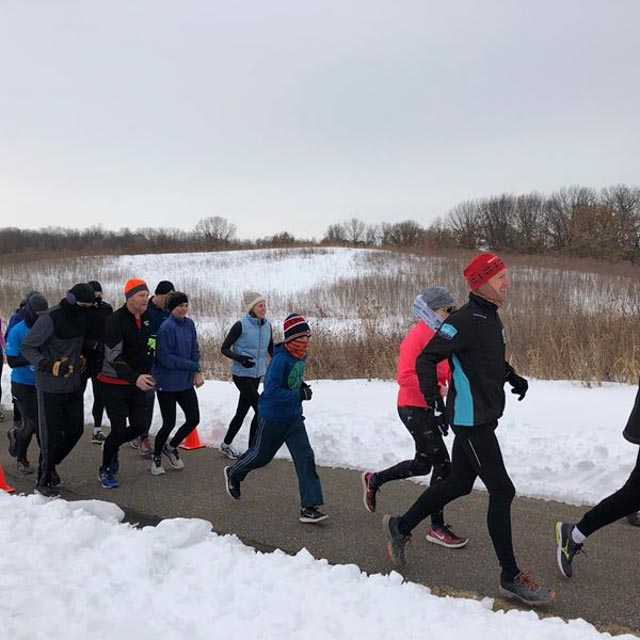 Reportedly Eagan parkrun was faced with chunky snow and ice, and needed to use their alternative course, but they did not cancel this week. Smiles for days! 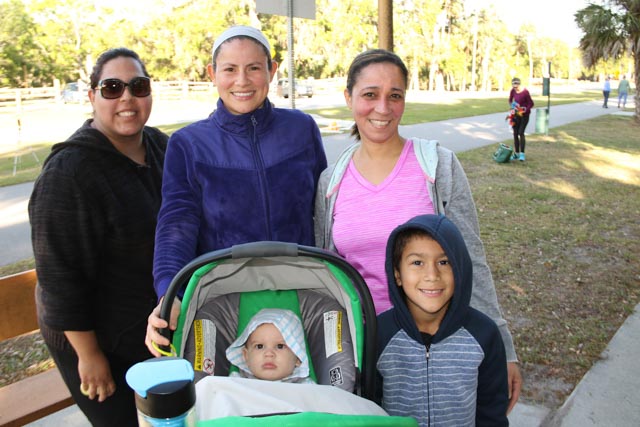 It’s hard to compete with these parkrun smiles from Clermont parkrun. 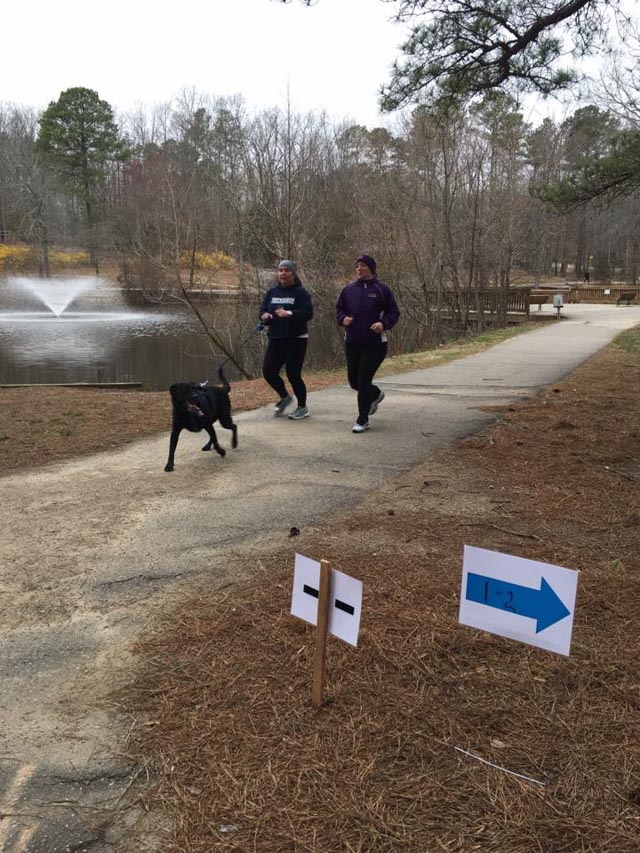 With spring on the way, there are lots of reasons to smile, but even better if you get to bring your best two-legged friend to Crissy Field parkrun. 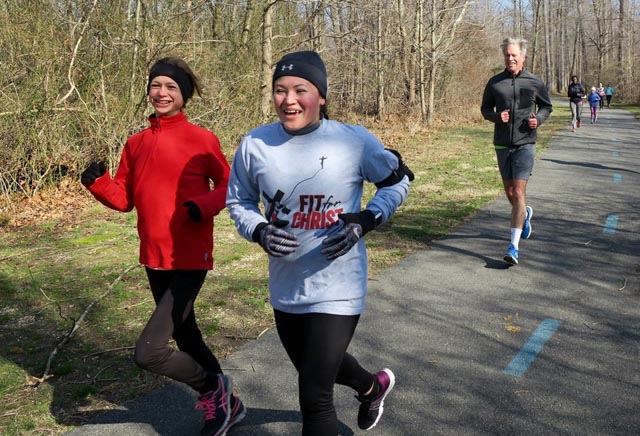 Anouk and Yancira have shared their smiles for a combined total of 70 times at College Park parkrun. 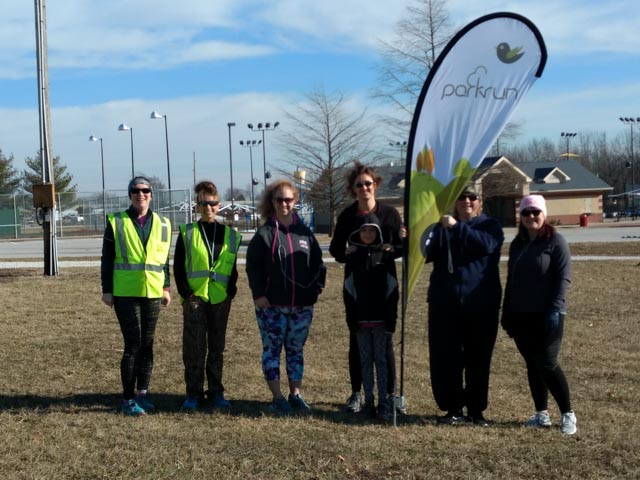 Moberly parkrun has been faced with a challenging winter, but now that spring is coming their attendance is heading upwards again. There is a rumored challenge of treats in the near future if numbers continue to climb. The smiles on these faces say they are up to the challenge. 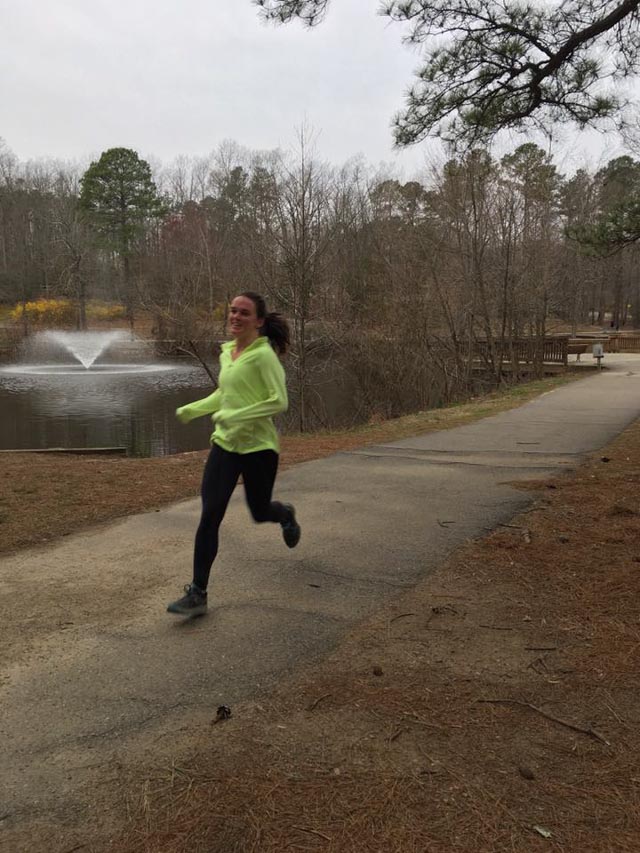 North to South, East or West, smiles are contagious at parkun, with further evidence found here at Deep Run parkrun. 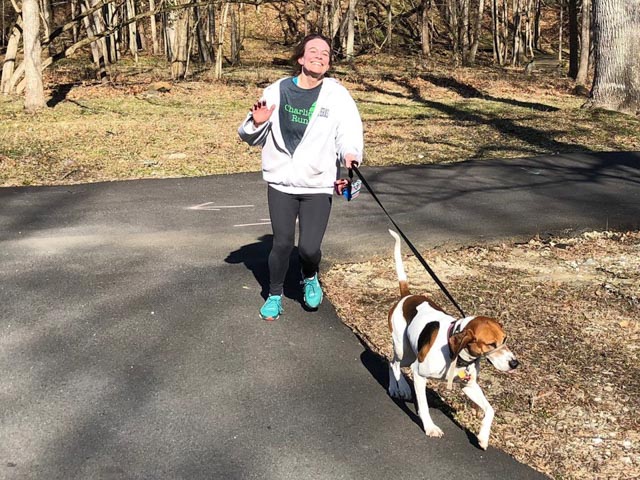 Look at Dixie taking the lead, but Allison doesn’t mind, they both must be feeling the Spring weather on the horizon at Leakin Park parkrun. 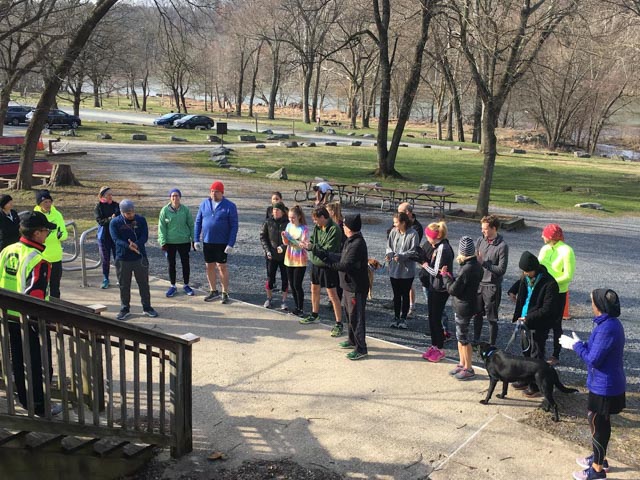 The closure of Anacostia parkrun brought those brave enough to find alternative ways to Fletcher’s Cove parkrun for a peaceful parkrun without the crowds at the Rock’n’Roll Marathon/Half Marathon Events. Bonus point? parkrun accepts barkrunners! 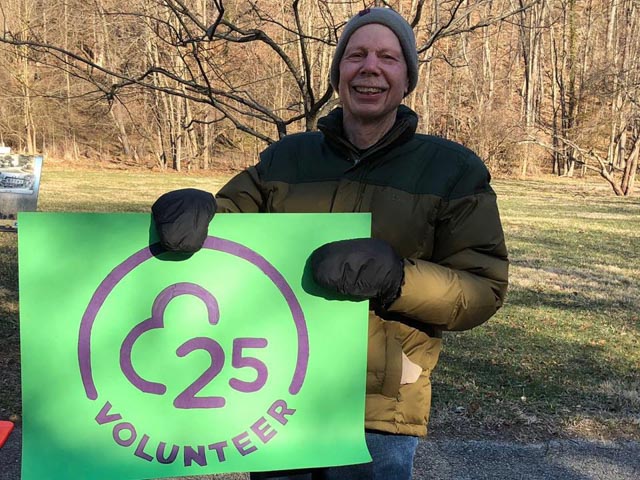 Leakin Park parkrun congratulated Ed Orser on hitting the 25 volunteer milestone. He is always a welcome sight for parkrunners where he waits atop Mt. Orser, cheering them up the hill and through the turn around. Ed is a wonderful part of Leakin Park parkrun and the greater Baltimore community. 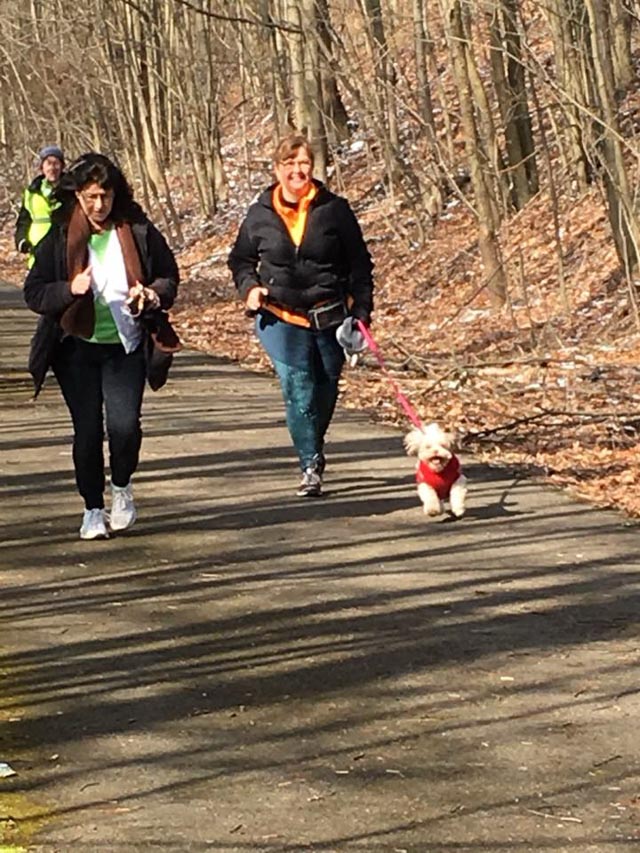 The sun continued to reach across America this weekend, and it also landed on Mansfield OH parkrun where these three can be found with their exuberant smiles! 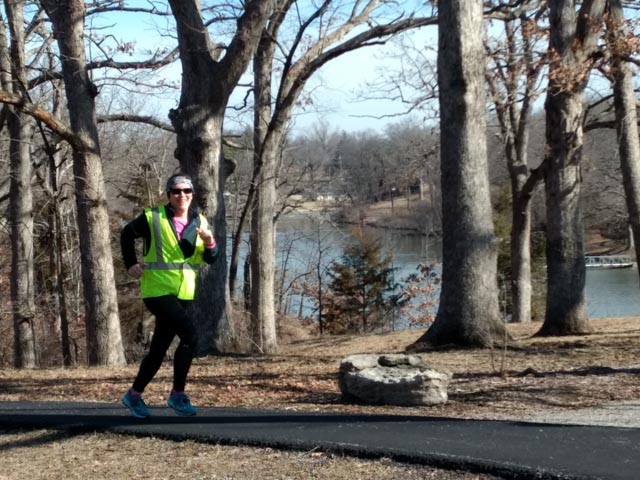 This Moberly parkrun trail looks amazing; it’s no wonder everyone is always smiling every Saturday! 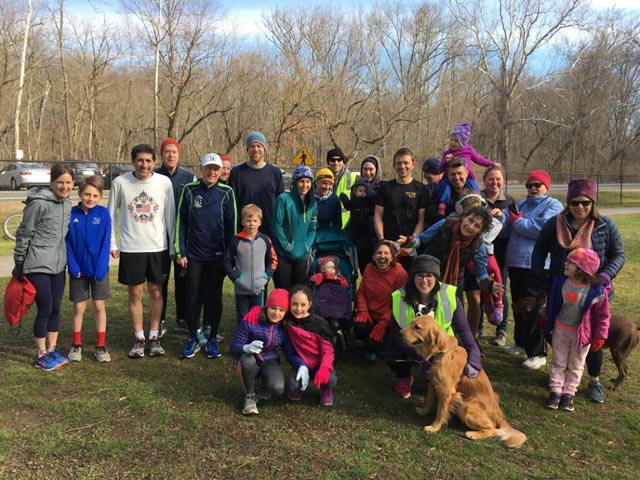 Kensington parkrun has their official website, Facebook page, and volunteer vests ready to go. They are one final test run away from their innagural run on 3/24/18! Everyone looks so ready! 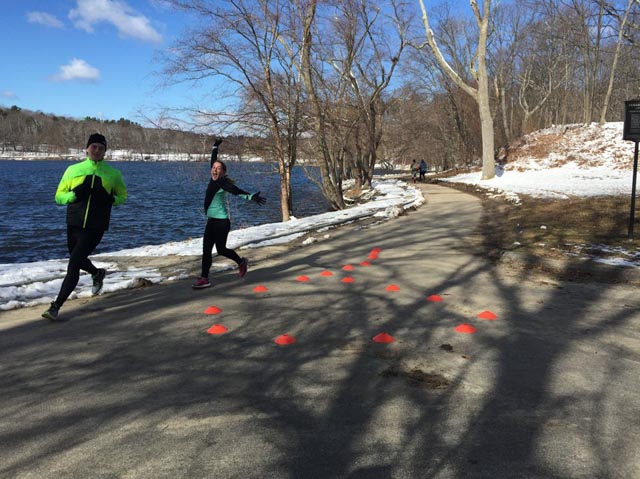 And another reason for celebrating, the last inaugural of the month brings parkrun further up the eastern seaboard to Jamaica Pond parkrun on 3/31/18. 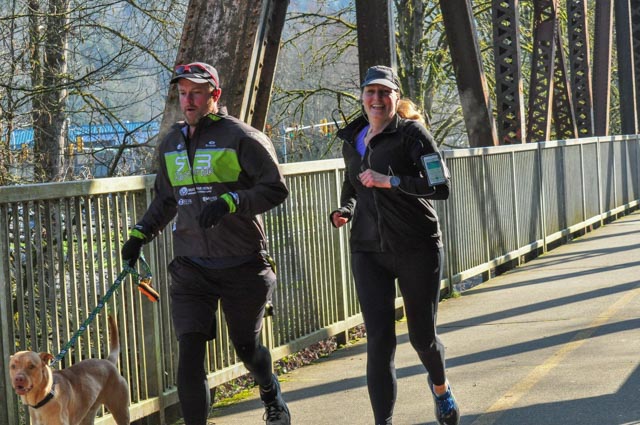 Hello Harvey! Welcome to Renton parkrun. Greg and Regan saved this sweet pup from a kill shelter in Texas after losing his family during hurricane Harvey. Even though he was a first time barkrunner he was very well behaved. 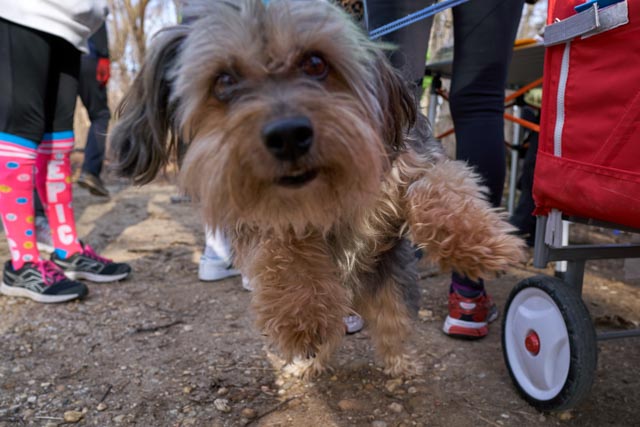 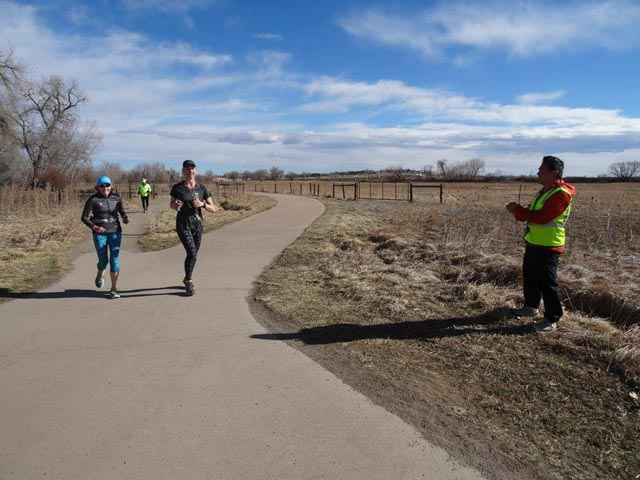 Look at these gorgeous smiles and skies at the third running of South Boulder Creek parkrun. They had a record seven volunteers show up to help usher parkrunners to a great start to the weekend. 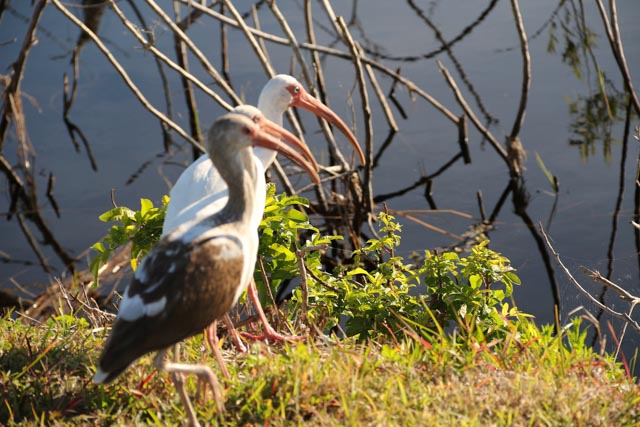 You won’t find dogs at Clermont parkrun, but these Snowy Egrets will do. 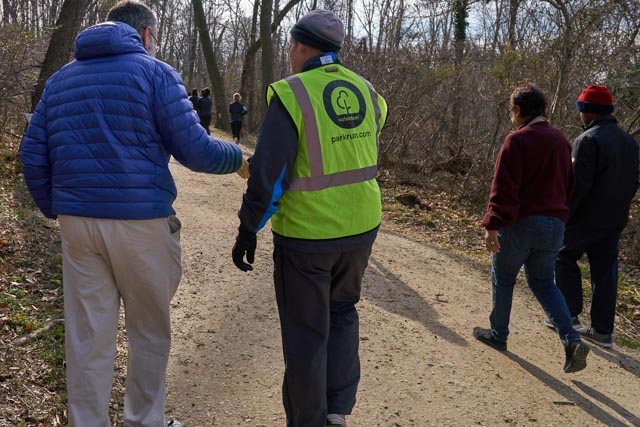 While high fives are often in fashion at running events, there is still something about taking the time to shake hands and make a new friend as Mark and Robert did recently at Roosevelt Island parkrun.