Connecting people to communities at parkrun

Moving to a new city is an exciting undertaking with many unknowns along the way such as: where will you live, who will be your new friends, and when will it start feeling like home? For many people, the answer to that last question is when they find a new community to be a part of. With 19 parkruns on the USA map and more on the way, parkrun has started to become a thread connecting communities across the US and the world.

We caught up with three parkrunners who have recently moved and found friendship through their local parkrun event.

Joe and Anne Beninghof spent the last 20 years living in Boulder, Colorado where they were active in the triathlon community and at home amongst the mountains. However, Joe developed some minor respiratory issues which prompted them to start looking for a new place to call home.

“We launched a pretty thorough search of the US for places that ticked a number of boxes. Obviously sea level, a big airport for my wife who travels for work, and a bit warmer. One of the criteria we had was to find a place that replicated the dynamic age group endurance community we were a part of in Boulder. Clermont, Florida kept coming up in our search so we decided to visit in August 2017.”

Knowing they would be in Clermont for a whole month, Joe began searching for athletic events that would occur during their stay. Clermont parkrun kept appearing in his search results. “I think parkrun was one of the first Florida events we participated in and actually we volunteered – we didn’t run at our first parkrun! We were just interested in seeing where it was located and how many people came. We were very impressed with how welcoming and supportive the community was.” 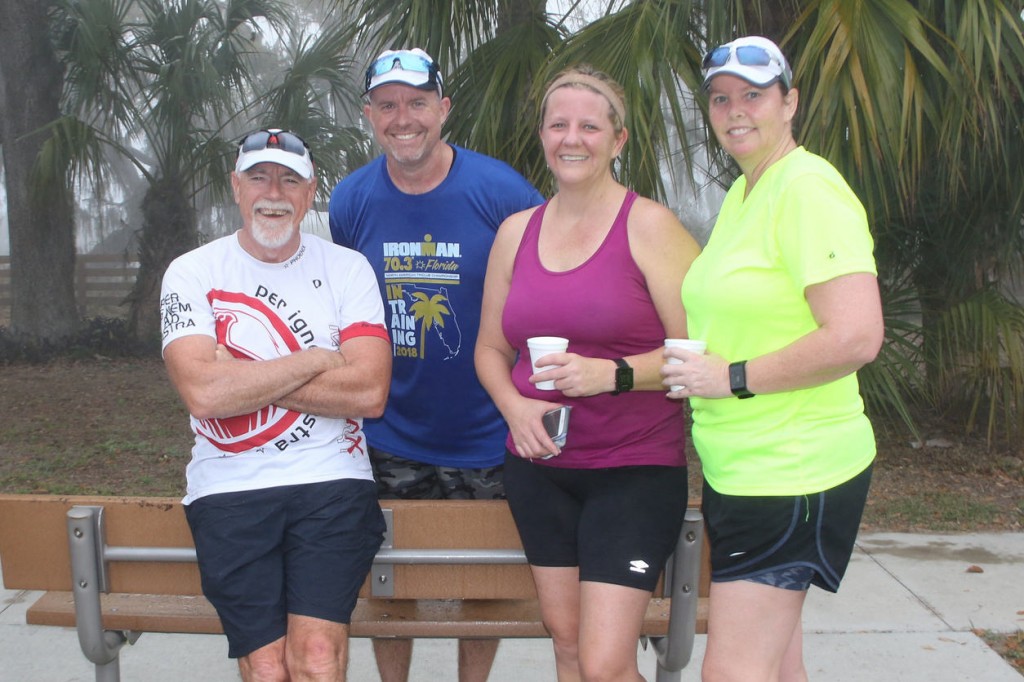 As their trial month in Clermont came to a close, Joe and Anne found their decision a bit easier to make. “We knew immediately that if we decided to move here that parkrun would be one of the ways we’d make friends. And it was true. We ended up moving down here in mid-November and I used Facebook to connect with people I met at that first parkrun, and they connected me to other triathlon related groups. When we moved down in November, we were already plugged into a community.”

Joe continues: “I can’t tell you how much of an impact parkrun has had on our ability to make friends. If it wasn’t for parkrun, it would have been fewer, it would have taken longer, and I’m not sure we would have developed the quality of friendships we now have. Since we’ve moved here, parkrun has been the frosting on the cake.” Through his connections at parkrun, Joe was able to locate and join other athletic groups such as S4 (a triathlon group) and SLAP (a swimming group). “It was easy for us, once we made connections at parkrun, to make connections in those other communities.”

In 2017 Rose Penfold left her home in South London and moved to Boston, Massachusetts for a one-year academic program. Prior to her move to the US, Fulham Palace parkrun was part of her regular weekend routine, though Rose says she was never a fanatic like those who plan their holidays around parkruns, let alone start a parkrun in another country. But never say never – “I was quite sad that there wasn’t one here in Boston and the nearest was 400 miles away in Washington DC, but I didn’t think too much about it until someone put me in touch with Colin Philips and Darrell Stanaford who said they had a team forming in the Boston area. That’s how I met Laura and Ann.”

Rose met up with Laura Cornelissen and Ann Carbone and went for a walk around Jamaica Pond last November, which set everything else in motion. “Initially I was just interested in seeing what progress was being made and then I ended up being involved. We talked about what else we needed to sort out and realized that in fact we were ready to start holding a few informal weekly runs. There ended up being 20 of us at that first run, and one dog.” Since November, Rose and Laura have held more than a dozen runs and the first parkrun in Boston at Jamaica Pond will launch on March 31st. 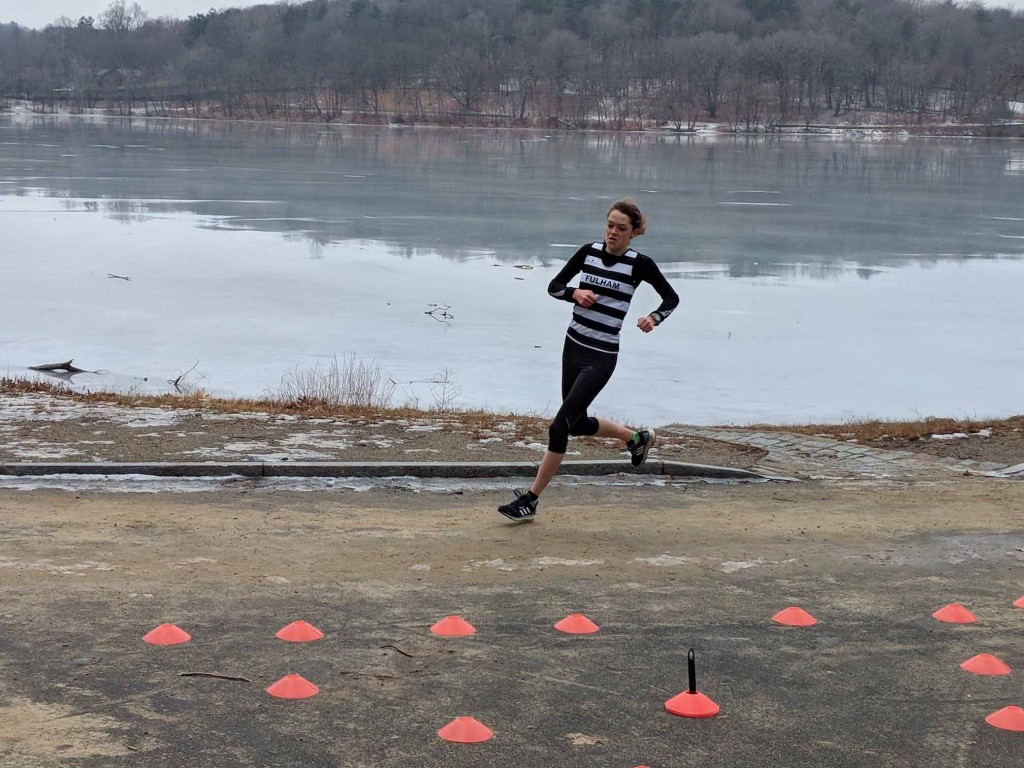 It wasn’t Rose’s plan to become a parkrun event director in the US but it’s one that has pleasantly surprised her. “Many people from the parkrun community have become my good friends. When people see me with Laura (her co-event director), they often have no idea that we didn’t know each other before I came here, based on the way that we interact. I wouldn’t have met her without parkrun. I know now that no matter where I go I can find friends at parkrun, and I know that when I leave here, I can come back and I’ll always be welcomed in this community.”

And what of her friends and family back in England? “My friends are pleasantly surprised by how involved I’ve become with parkrun. A few weeks ago I was talking with my parents who are older and not regularly physically active, and I was telling my mum all about parkrun and the work I’ve been doing. She then surprised me by saying she wanted me to take her to a parkrun when I visit next summer! She wants to do her first 5k because of the work I’ve been doing. parkrun has had a much bigger impact than I expected, even across the pond.”

Jake Smith moved to Renton, Washington in December last year after several years in Orlando, Florida. Seeking mountains, culture, and cooler weather, he and his wife settled on the Seattle area but says they didn’t really know many people in the area when they first arrived. One night, Jake was up late and couldn’t sleep so he started researching things to do. That’s when he found parkrun.

“I spent three weeks tying to make it before I finally came to an event. I discovered right away that parking was limited so I missed the run briefing. I basically arrived and just started running!” 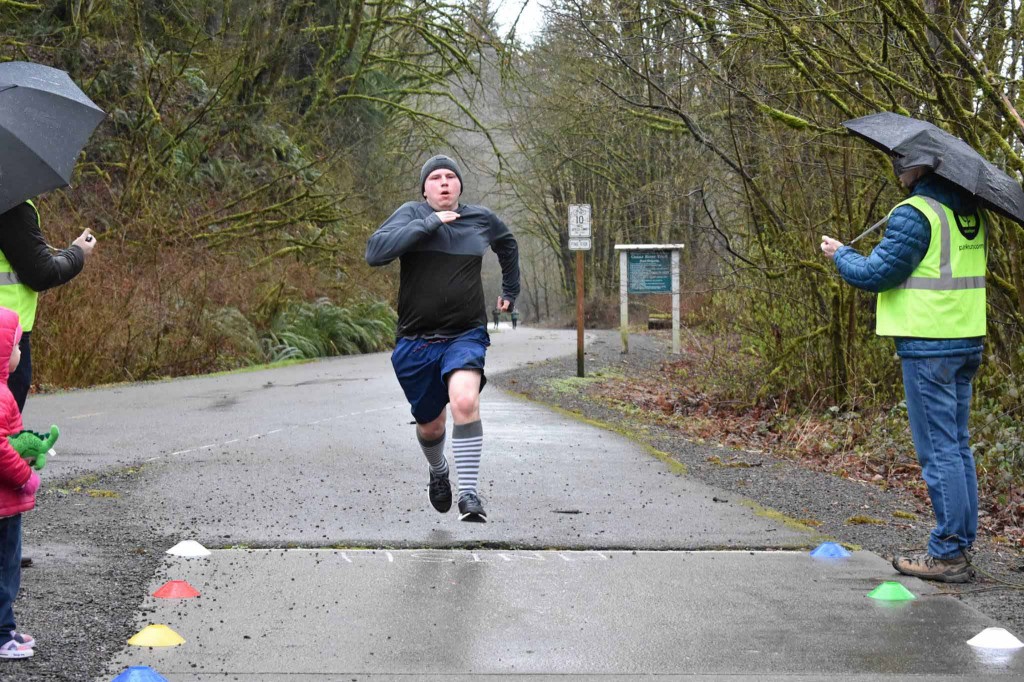 Last year Jake was in a motorcycle accident which left him with a broken leg and arm, so it’s been a while since he has been able to run. “This was my first 5k since the accident, and I was surprised by how far 5k felt. If I’d been by myself I probably would have given up at the halfway point but there was a lot of encouragement right around the halfway point which kept me going. What really got me connected to the community and kept me coming was the post-run breakfast: another parkrunner told me about it, so I figured why not? I ended up sitting with co-event director Cathryn, her husband Jon, and another person new to the Seattle area named Shaddad.”

From his connections at parkrun, Jake has found other ways to meet people. “parkrun is how I connected with some of the hiking groups in the area which is something I’ve been interested in but didn’t really know how to get involved with. Without parkrun, I’d have little do outside of my regular commute to downtown Seattle. There are a lot of great people at parkrun. I’d tell someone new to the area that it’s not really about the run itself so much as about getting out. It’s just as much about meeting with people and forming a community over breakfast as it is about anything else.”

Are you new to the neighborhood?

Whether you’re new to parkrun, the neighborhood, or even new to running or walking, everyone is welcome at these Saturday morning events. Once you join the parkrun family, your free personal barcode quickly becomes your VIP ticket to communities all over the world. With more than 1,000 parkruns in 20 different countries, and 19 parkruns in the US (and many more on the way), you will find yourself amongst friends in any language or culture. As the saying goes, “a stranger is just a friend you haven’t met yet.” Find your nearest parkrun event and register at www.parkrun.us.

parkrun Germany has reached its fifth anniversary, and with 49 new locations and 4,512 events, there is a lot to celebrate!   With all 169,359 finishes over the last five years, we have walked and ran 846,795k in Germany – the equivalent of travelling around the world over 21 times.   4,630 volunteers have supported…