Every Saturday morning, you probably hear something like this at the pre-run briefing: “Remember, parkrun only happens because of the volunteers. Please thank the volunteers and sign up to help next week!” What we probably don’t say often enough is: “Please thank the Parks Department, who allow us to use the park, and who maintain the trails so that we can enjoy parkrun every week!” And, really, we should!

Two parkruns in the Washington, DC area have not only said “Thank you!” to their parks partners, but have taken action to show their appreciation.

Over the past year, College Park parkrun in Maryland has developed a close relationship with their local parks department, Prince George’s County Parks, who have become a great supporter of parkrun. There is a perfect match between the parks department’s goals of building healthier communities and promoting environmental stewardship and the parkrun mission of creating healthier, happier communities.

In April 2017 College Park parkrun participated in College Park’s annual Good Neighbor Day for the first time. After they finished their 5K, parkrunners immediately set to work using a different set of muscles. Some parkrunners planted trees, while others cleared invasive species from this part of the sensitive Anacostia River watershed. Volunteers included students from the University of Maryland, who worked alongside College Park mayor Patrick Wojahn, himself a regular parkrunner. 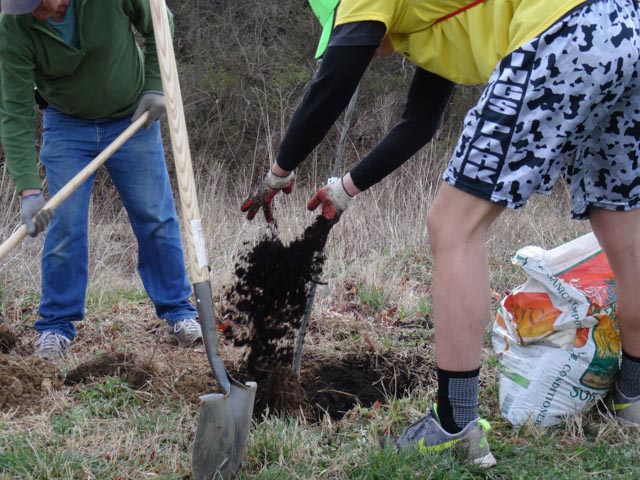 This collaboration was so successful that College Park parkrun and the County Parks Department hosted a second tree planting in November 2017. This time, the goal was to plant shade trees at the parkrun start/finish area, to protect future parkrunners from the hot summer sun. Antonia Bookbinder of PG Parks commented: “That’s the last time I’ll bring so few trees to parkrun. So many people showed up to help!”

With participation now at around 5,000 participants per year, College Park parkrun has turned a little known stretch of trail into one of the busiest sections of the Anacostia Tributary Trails System, and so parkrunners have “adopted” their section of trail, agreeing to undertake periodic monitoring, remove trash and debris, report trail needs, and help with other environmental projects as the need arises. 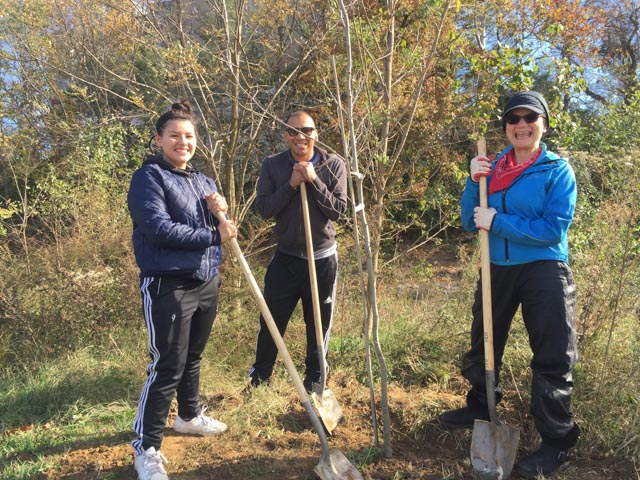 For their part, Prince George’s Parks has been a great supporter of parkrun. When recent storms downed trees on the parkrun course on a Friday night, they cleared the trees at 8am on a Saturday morning. They recently repaved a worn section of trail, creating a smooth, fast running surface. They are looking to launch community yoga sessions to take place right after parkrun. They are eager to support additional parkrun events on their county trails, and they helped to lay the groundwork for the new Kensington parkrun, which now takes place on a trail in a neighboring county.

College Park parkrun and Prince George’s County Parks are so happy with their partnership that they will give a joint presentation about parkrun at the Maryland Parks and Recreation Association Conference in April, spreading the word to other communities in the state. 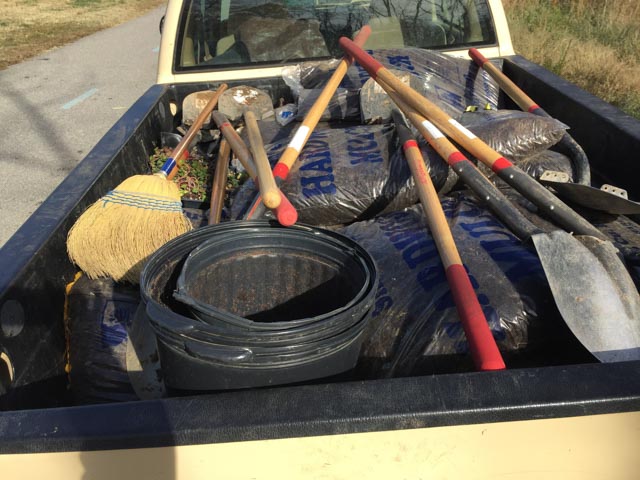 On the other end of the spectrum, Roosevelt Island DC parkrun’s “landlord” is the US Federal Government, in the form of the National Parks Service. The island is home to a national presidential memorial, dedicated to President Theodore Roosevelt, and administered as part of the George Washington Memorial Parkway National Park.

During his time in office, President Roosevelt (“TR,” as he was known to his friends and family) designated 18 national monuments, founded the US Forest Service, protected over 230 million acres of federal lands, and worked with Congress to establish or expand six new national parks. So it is only fitting that the memorial to our “conservationist” president should be found in the middle of a forest, on an island whose trails are a magnet for runners and walkers (and dogs!). Not only that, but TR would have LOVED parkrun, given his dedication to the outdoors and being active.

On St. Patrick’s Day 2018, Roosevelt Island parkrun decided that it would “Go Green” in honor of TR’s Irish ancestry and commitment to preserving natural spaces for future generations. 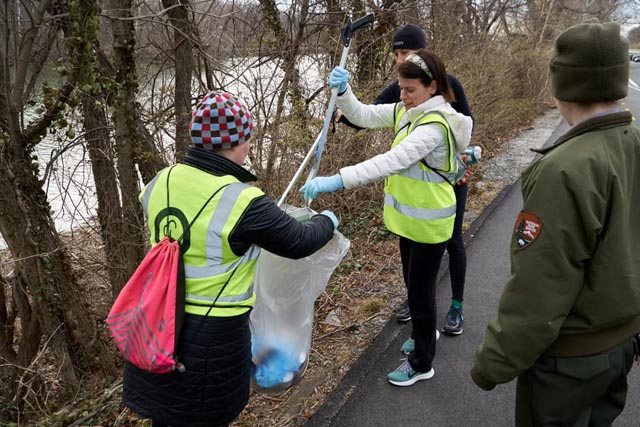 More than 15 parkrunners stayed to help pick up trash after the St. Patrick’s Day parkrun. And the National Park Service went above and beyond as a parkrun partner, arming the parkrun team with trash bags, trash-pickers, rubber gloves, and a safety briefing before everyone trooped down to the Potomac River bank to get started.

By the end of their efforts, the Roosevelt Island parkrunners had filled at least ten bags of trash from the river bank. Notable finds included a coconut, a cell phone, a bike helmet, countless syrofoam packing peanuts, and three pairs of underwear (the rubber gloves were appreciated!). The parkrun team was amazed to see how much trash they had accumulated, and they were gratified to learn from the ranger that removing trash is one of the most effective ways to help improve water quality. Roosevelt Island parkrun is already looking forward to working with NPS again to help protect and maintain their beloved National Park. 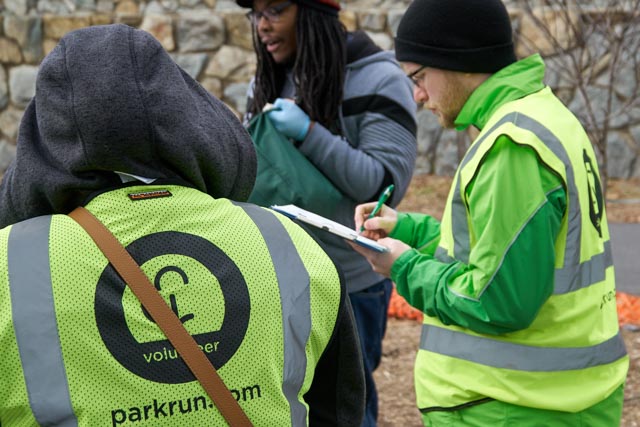 Both College Park parkrun and Roosevelt Island parkrun are delighted to have be able to gives back to their communities, other park users, the environment, and their parks departments. Both are planning to do more in the future, and they encourage other parkrun USA events to explore similar partnerships with their local parks host. We already know that our wonderful events survive because we give back regularly as volunteers. So it’s a natural extension that our wonderful venues survive when we give back as responsible stewards of our public lands.