It was winter’s last hurrah at parkrun USA this week, but that didn’t stand in our way. We adjusted routes, we shoveled, we traveled. We welcomed the newest member of the parkrun USA family, with the launch of Kensington parkrun, and looked forward to a host of new family members in the coming months. 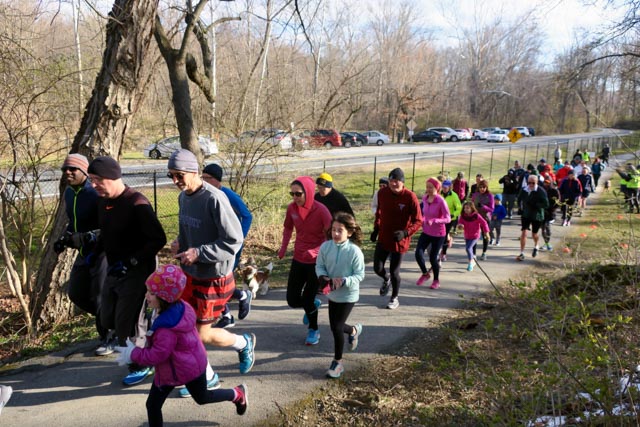 It was a beautiful morning for the launch of Kensington parkrun, the 3rd parkrun in Maryland, and the 6th in the DC-Baltimore area. This brought together a great mix of seasoned parkrunners and first-timers who were checking out the new event in their neighborhood. 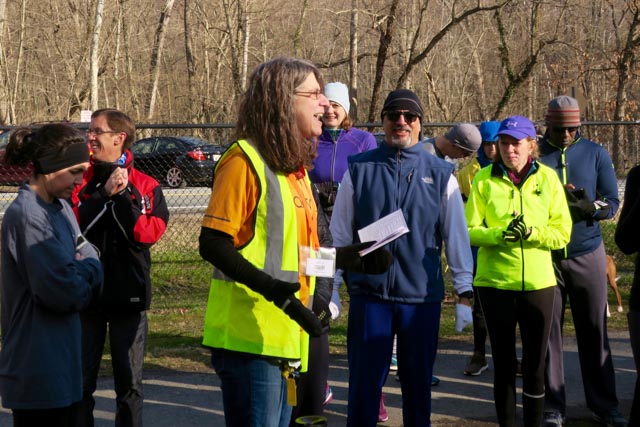 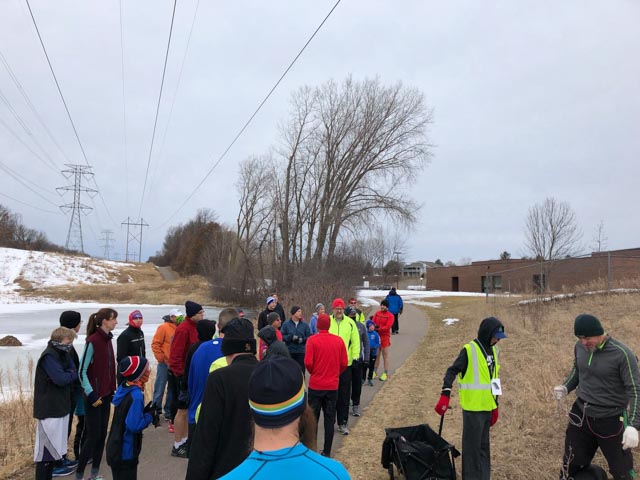 Winter won’t budge in Minnesota, but the ice and snow can’t stand in the way of the folks at Eagan parkrun, where they avoided ice by using an alternative 3-lap course for event #47. 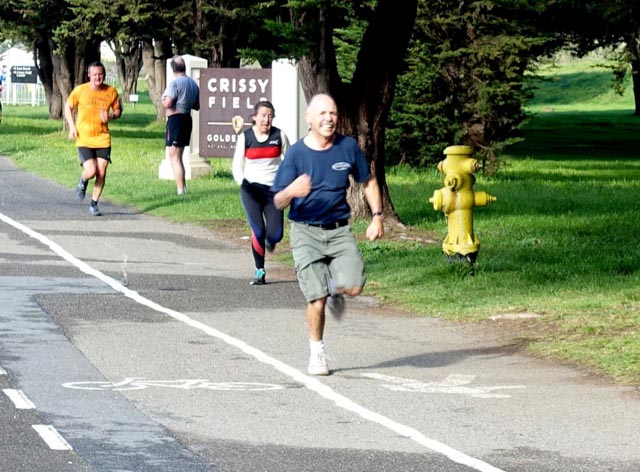 Another event in the park led to a course change for Crissy Field parkrun this week. 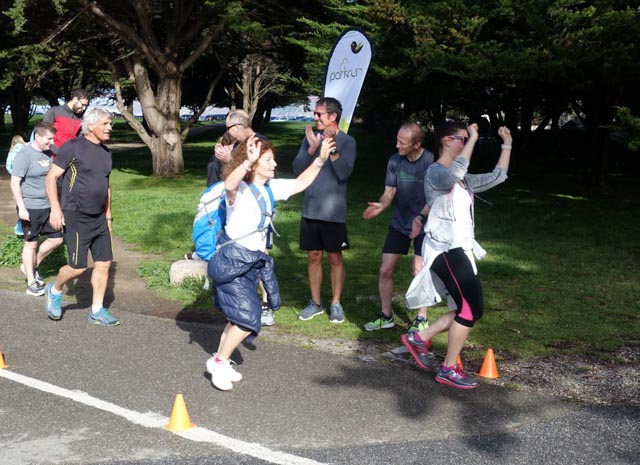 Everybody is a winner at parkrun. Crissy Field parkrun 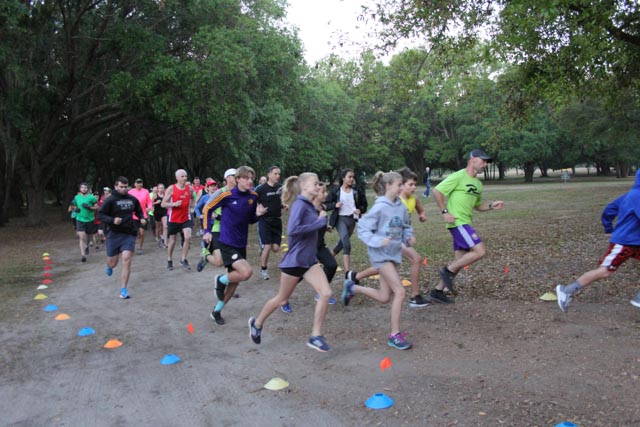 This was last weekend at Clermont parkrun, where participants had a rare opportunity to try out the alternative woodland course, due to another event on the regular trail. 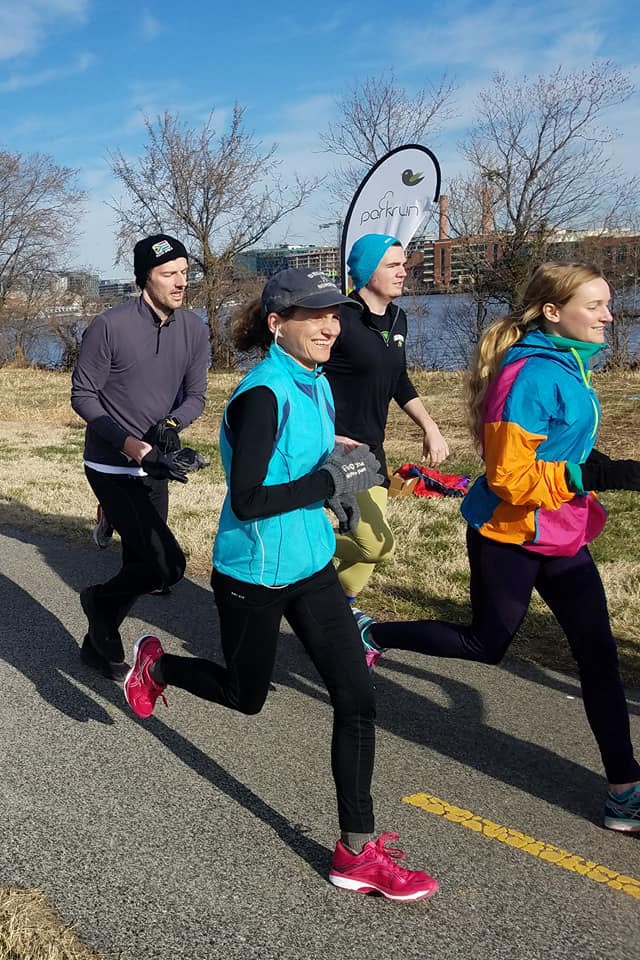 It was a beautiful morning in the sun at Anacostia parkrun. 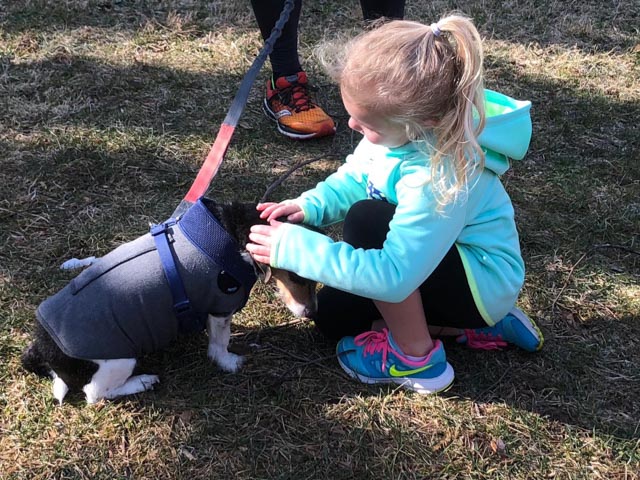 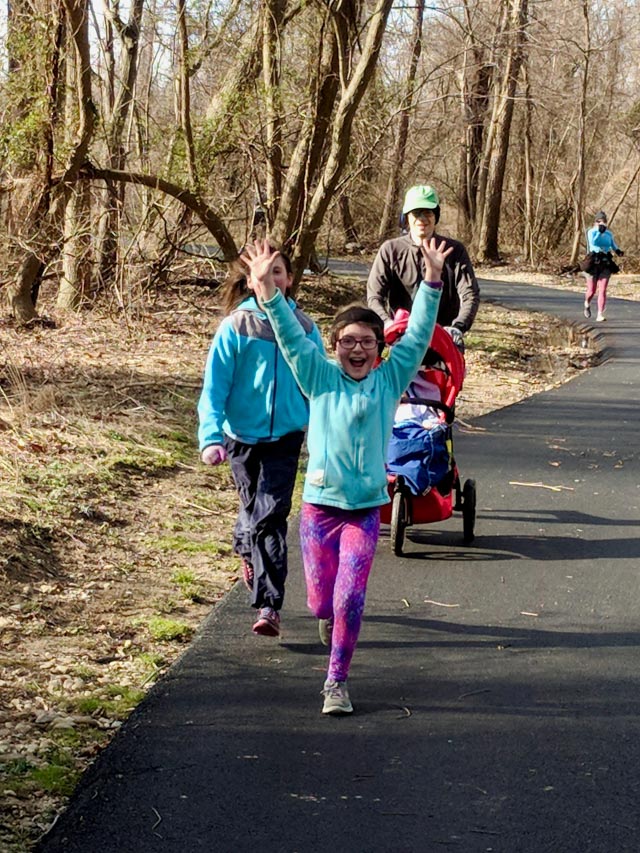 Violet and Lucy enjoyed their morning run in the sun at College Park parkrun. 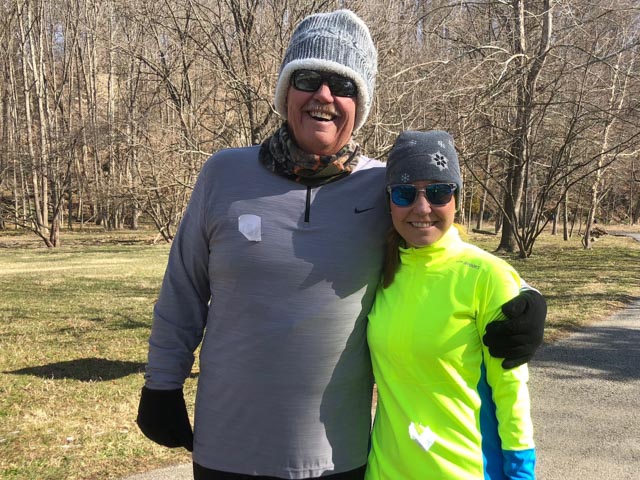 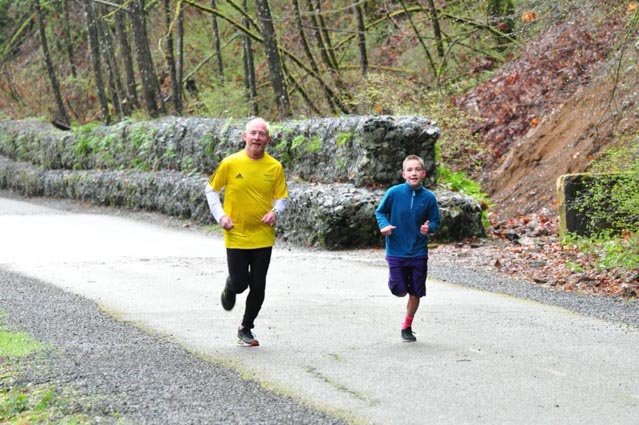 Jonathan Cox celebrated his 350th parkrun with his first parkrun USA event at Renton parkrun, where he was paced by first-time parkrunner Max. 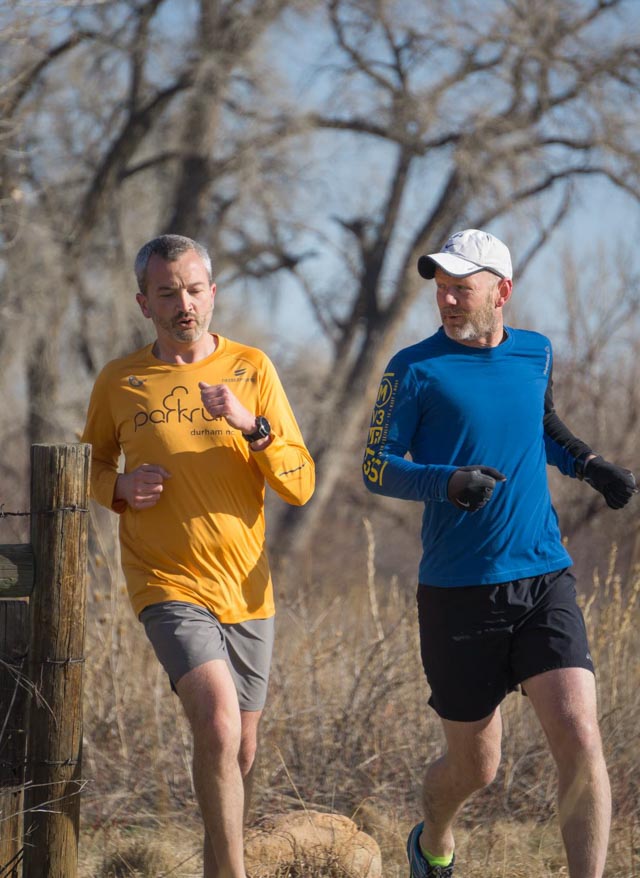 Pete Rubinas took advantage of the growing number of parkrun USA events by doing a spot of parkrun tourism. He has run 61 times at Durham, NC parkrun, and this week he did his 62nd parkrun at South Boulder Creek parkrun in Colorado. 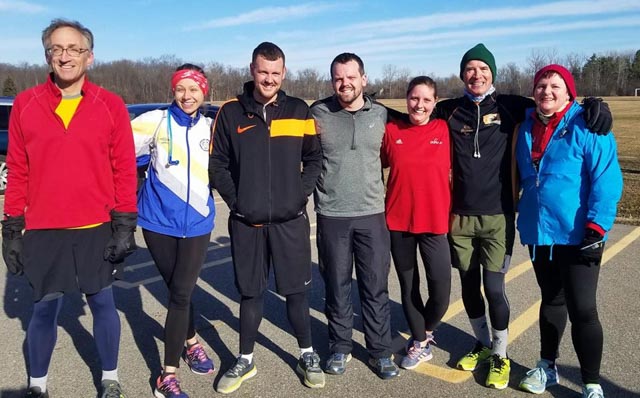 Gail (right) has done most of her parkrunning in the north of England, but for her 52nd different parkrun she branched out a little, touring at Livonia parkrun in Michigan. A bevy of Brit-chiganders turned out to welcome her. 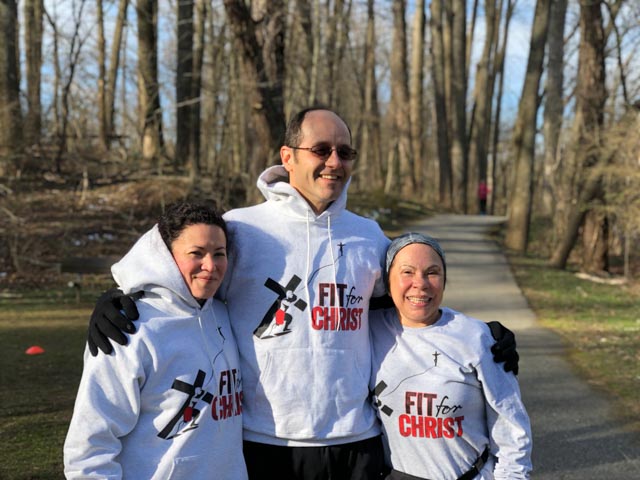 The launch of Kensington parkrun led to the biggest surge in domestic parkrun USA tourism yet. Yancira, Eduardo, and Trini are have run 80 times between them at College Park parkrun, and this week they all enjoyed visiting another parkrun for the first time. 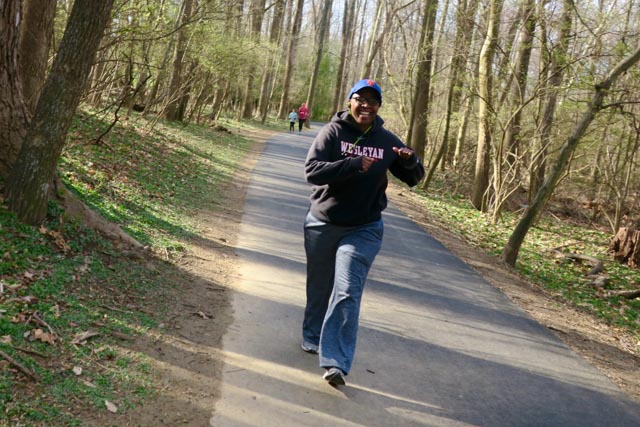 Farrah has been visiting the different Washington DC area parkruns, and with her visit to Kensington parkrun this week she almost has completed the full set. 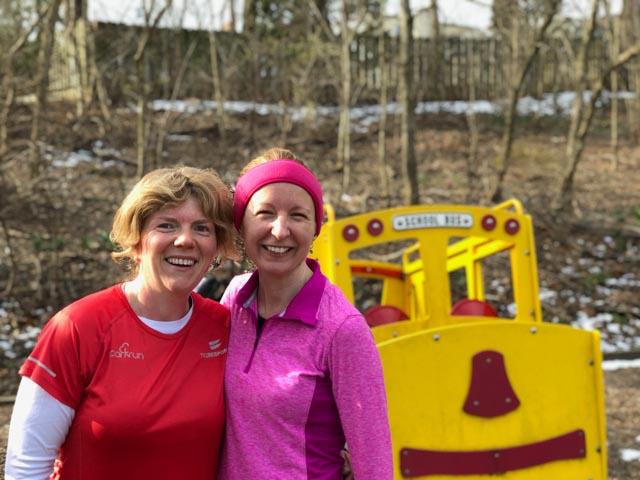 We’ve seen a lot of Kirsty’s kids at Fletcher’s Cove parkrun in recent parkrun USA roundups, but this week they spent the morning with Susan’s kids, so that Susan and Kirsty could check out Kensington parkrun. (Lots of kids who did come to the Kensington launch enjoyed the convenient playground.) 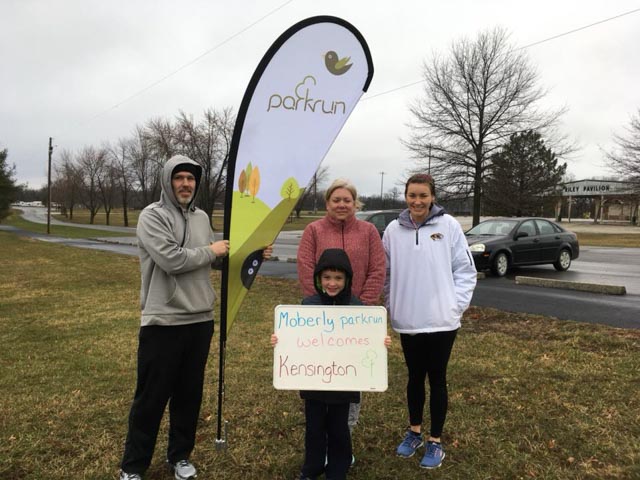 For some the drive to Kensington parkrun was a bit too far. The folks at Moberly parkrun sent their greetings from 1000 miles away. 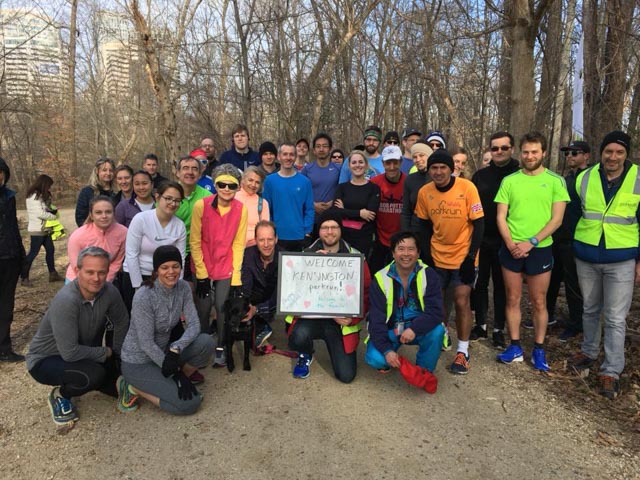 Roosevelt Island parkrun is barely 10 miles from Kensington parkrun, but with hundreds of thousands of people filling the streets of downtown Washington DC in between, it was still easier to send a whiteboard welcome. 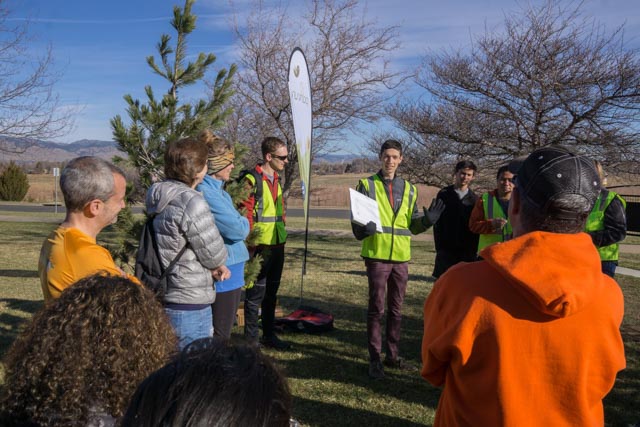 Far from the crowds in the nation’s capital, it was a beautiful morning at South Boulder Creek parkrun, where they celebrated no longer being the baby in the parkrun USA family. 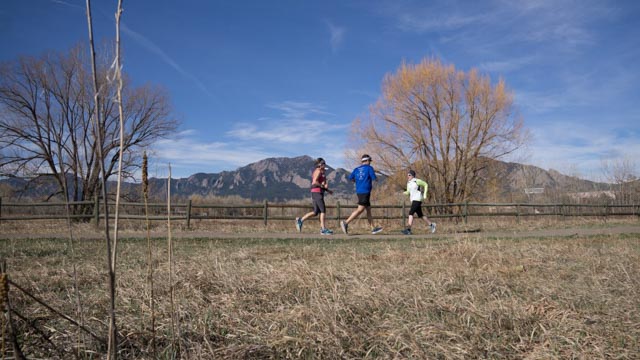 Did we mention that the views at South Boulder Creek parkrun are spectacular? 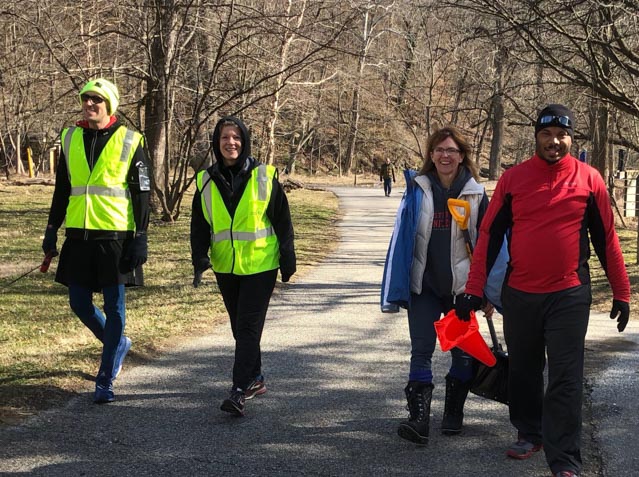 The volunteers at Leakin Park parkrun even brought shovels to ensure that the course would be free of this week’s snow. 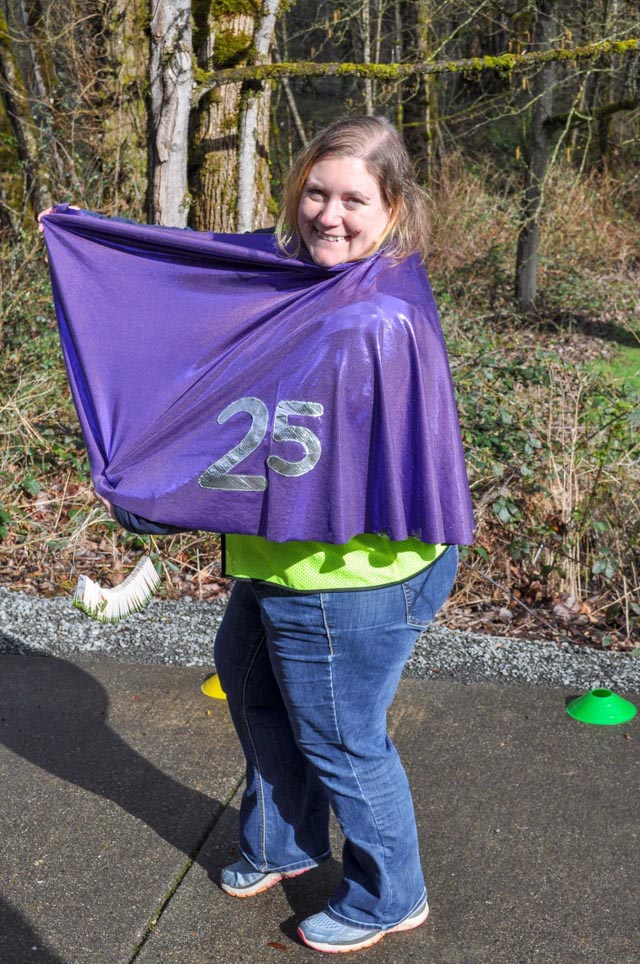 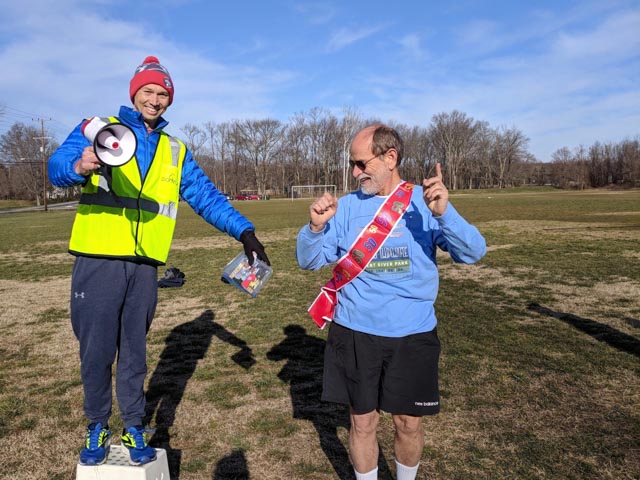 (Look out for announcements on our various channels about how to claim free parkrun milestone shirts.) 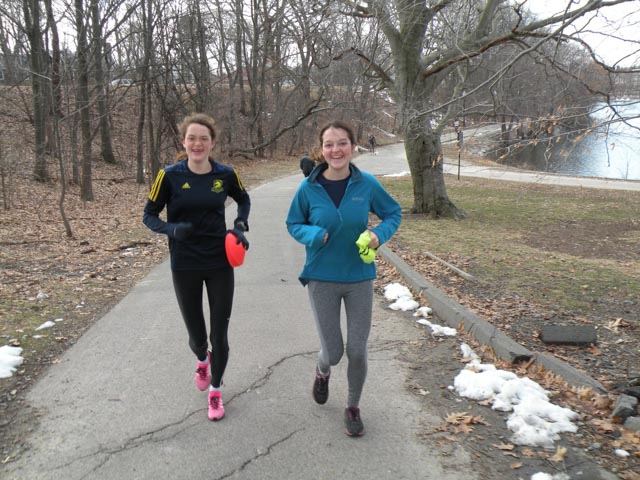 Up in Boston Alice Penfold headed direct from the airport to Jamaica Pond. Why so? Her twin sister Rose is co-event director at Jamaica Pond parkrun, where yesterday they completed their final trial run in style. Join the JP team next week for New England’s first ever official parkrun. 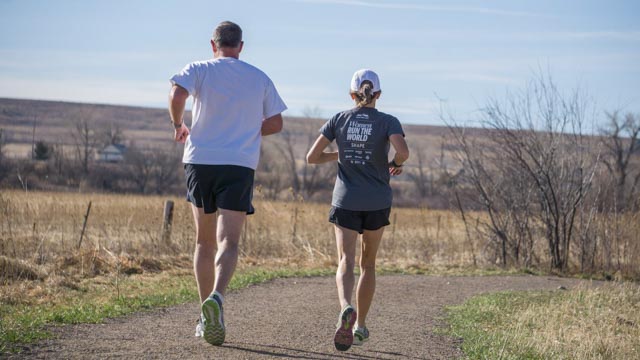 Yeah, we can’t get enough of those Colorado views. And with the launch of Aspen parkrun on April 7th, they’re about to get even better.