For the first time last week two parkrun USA events celebrated birthdays. Deep Run parkrun in Virginia celebrated its 1st birthday, and Livonia parkrun in Michigan its 6th. We checked in with the event leaders to find out what motivates them, and their hopes for the future. Some of their answers surprised us.

Nicole Brown is event director at Deep Run parkrun in Richmond, VA. Nicole was inspired by seeing the impact of parkrun in her native South Africa and wanted to bring it to her adopted US community. 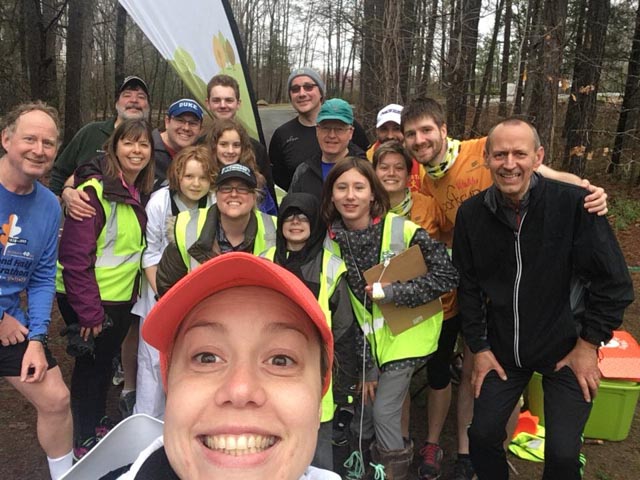 Lynn Boven and Spencer Greve are co-event directors at Livonia parkrun, which started back in June 2012. Spencer first took part in the 4th event, and since then he has volunteered at 189 events, second highest in parkrun USA. Lynn became a Livonia regular later that year, and at 228 runs he is on course to become the first US parkrunner to earn a green 250 shirt. Lynn and Spencer became event directors in 2016.

What are you most pleased with about your event?

[NB] That people keep coming back. I have enjoyed watching the organic growth of our parkrun. We are starting to break into the niche of non-competitive runners and people who are just looking for a supportive place to come to run or walk.

[LB] The volunteer aspect. I have rarely volunteered for anything, but parkrun brings value to people like me who understand that they need to do something to improve themselves physically, mentally, and spiritually.

[SG] The growth of community and friendships amazes me. 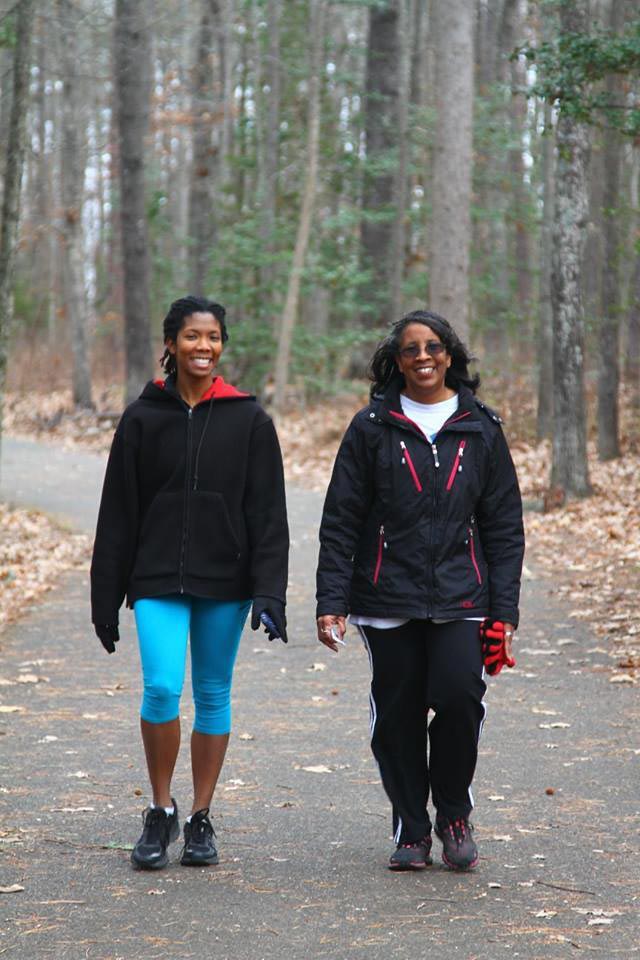 Has anything surprised you?

[NB] Many things. First, I have witnessed some very dedicated folks come out in all types of weather. Second, how friendly and supportive everyone has been. Also, I have become more relaxed as time goes on … which is a huge surprise to me!

[LB] My greatest surprise was becoming event director. It was at that moment I knew how important parkrun was to me personally. Combined with this surprise is my surprise at how easy it was thanks to the efforts of our core team of volunteers.  Some of these folks rarely run while I run almost every week and for that I am grateful.

[SG] The growth of volunteers just gets better. At the beginning it was hard to have more than a handful of people to count on and now that is in the dozens. 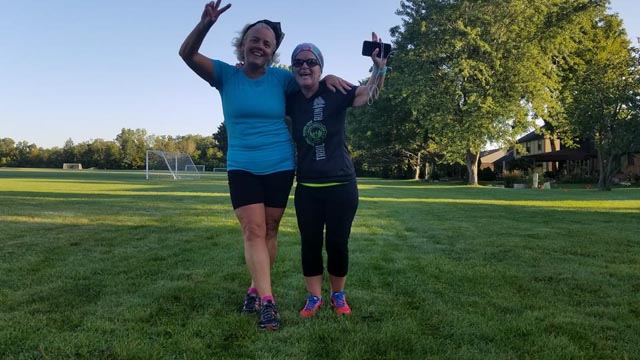 What are your hopes for the next year?

[NB] To keep growing as a community, and to be an event where people feel encouraged to be healthy and happy. This past weekend a first-timer wrote to say how friendly everybody was, and how rare that is nowadays. I also hope to focus on volunteer growth in the next year.

[LB] Lets bring parkrun to Ann Arbor.  I would so like South East Michigan to get its own Voronoi diagram like the one for D.C. [This is a map of the closest parkrun to any location, part of the weekly Keer Report in the parkrun USA Group on Facebook.] 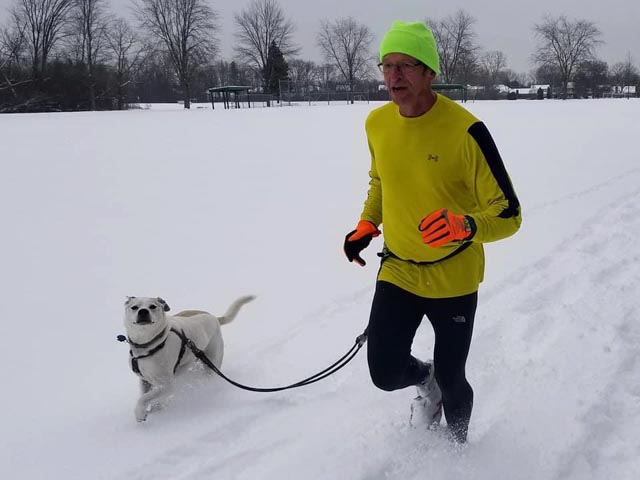 How many in your parkrun community did you know before the event started?

[NB] I knew a dozen or so beforehand and have met so many amazing people. I try to learn everybody’s name, but if we keep growing it may get difficult.

[LB] Of the people who have run regularly, I don’t think I knew any before parkrun.

[SG] Maybe 3 or 4. I knew just a couple of them as parents that had kids that went to school with my own. 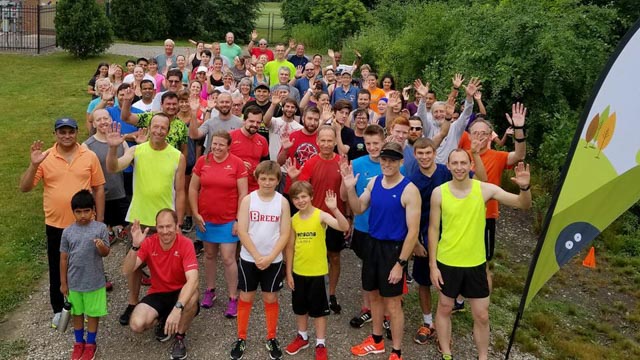 Nicole, Spencer, you volunteer far more often than you run. How does that (cheer)leading role suit you?

[NB] I keep saying that I thought Richmond needed a parkrun, but it turns out that I needed parkrun.

[SG] I’ll be restarting from scratch and I wouldn’t see many of the runners when they come in. It would be a trade off of the social for the activity. But I can proudly sport my 50 shirt and still impress with the occasional parkwalk. 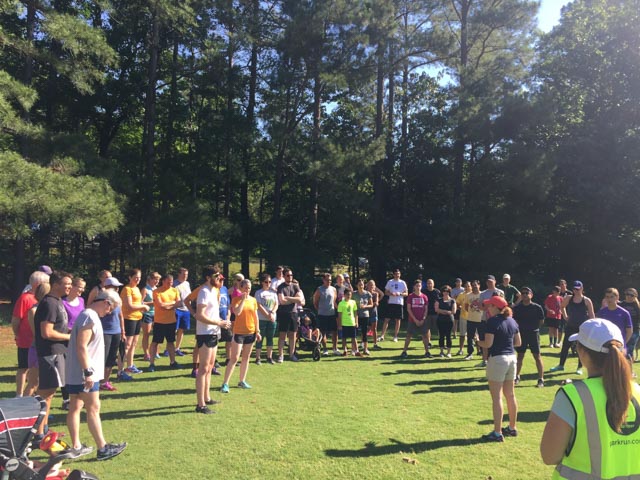 Spencer, Lynn: For a long time Livonia was one of very few US parkruns. Now there are many more. Have you noticed any changes as the rest of the country has started to catch on?

[SG] I think there’s some interest from our runners to see other places and meet people. Some of our tourists are still surprised that we were the first.

[LB] We get more tourists, and Tim Gallagher misses more events due to tourism. I really enjoy seeing the growth model adopted in the D.C. area with multiple close events and hope to see similar progress here.

Congratulations to Nicole, Lynn, Spencer and their parkrun communities. Both events welcomed one of their largest ever attendances for the birthday.