parkrun is not about who is the fastest, but about making a difference in your life and the health of your community. Every week we hear stories about individuals who use parkrun to help get active and who make steady progress.

It is hard not to be inspired by the progress of Melissa Balenzuela, from Campbelltown parkrun in Australia, who needed to do something for herself while caring for a disabled husband. Over the course of a year she lost a lot of weight and almost halved her parkrun time.

My husband Rick is paraplegic and I’m his wife and sole carer. When I gave up work to look after Rick it didn’t take long for the weight to pile on and for the second time in my life I became obese, weighing in at 110kg (240lbs). It was in March 2017 that Rick had other medical conditions diagnosed and this had forced me to look at our health and lifestyle. His diagnosis had become the reason I began a mission to get fit and healthy as there was no turning back.

We’re both living on pensions and I started looking at gyms as there aren’t a lot of exercise options available for someone in a wheelchair and we wanted to do something together but everything was too expensive. We had to do something and fast! I started to recall the couple of years in 2010/11 that I was a member of a jogging club in Bankstown and started searching my local Campbelltown jogging club and found Campbelltown parkrun – at zero cost. I thought I was seeing things, zero cost?! What made it better for a large woman like myself was it catered for all fitness levels. I remembered in those years with my old jogging club, the friendly encouraging people, and I knew that parkrun is what I needed to keep motivated. 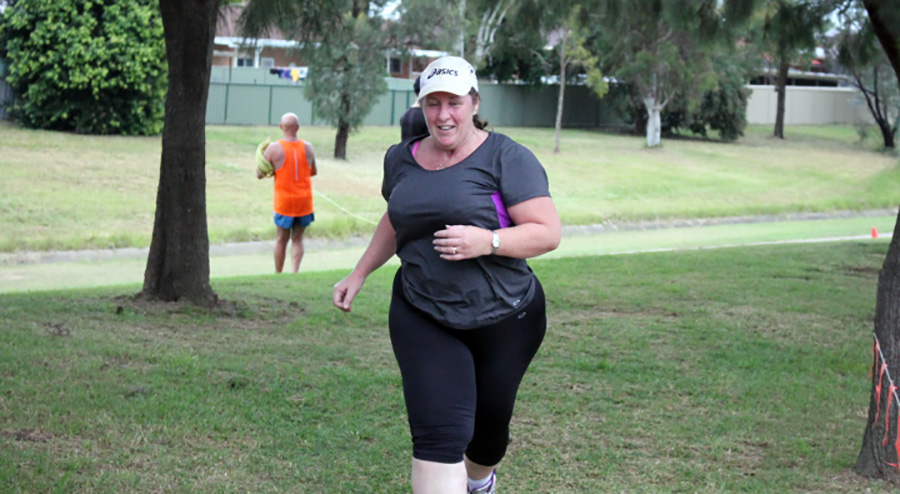 I remember the first day, I was nervous.

I was relieved to see people of all ages, shapes, sizes and the people were as friendly as I had remembered. When we were at the starting line my old adrenaline just hit me! My heart was pounding! I was doing ok with a combined power walk and shuffle/jog and even managed to get lost at the turning point where someone had to run up to turn me around. I ended up doing a 54:45 that day. I just thought I’m better than this. From then on, I was on a mission. This mission was to get as fit as I was in 2011 where I ran 5km in 30:01.

While listening to my body, I started doing 5km runs at home, ran down hills at first then gradually increased to running on the flat bits. Eventually and very gradually I started running uphills. It helps that my run at home starts at the bottom of a steep hill. I would use the side streets as finishing points until I managed to go all the way up that hill. So by doing this, I had improved little by little each week and the kilograms fell off. Helped with sensible dieting, I had managed to lose 50kg (110lbs) along the way.

Early this year I was speaking to an experienced running friend at Campbelltown parkrun who gave me some advice. If I wanted to improve my 5km runs, start running some slow easy 10km runs and the 5km won’t seem as hard. So in January, I did just that. I even joined Campbelltown Jogging Club this year and have met some wonderful people.

I’ve learnt a lot along the way, watching, listening and learning from the experienced runners. I’ve been picking up tips on the internet about the types of exercises, stretches and speed work that runners should do and I pay attention to them. 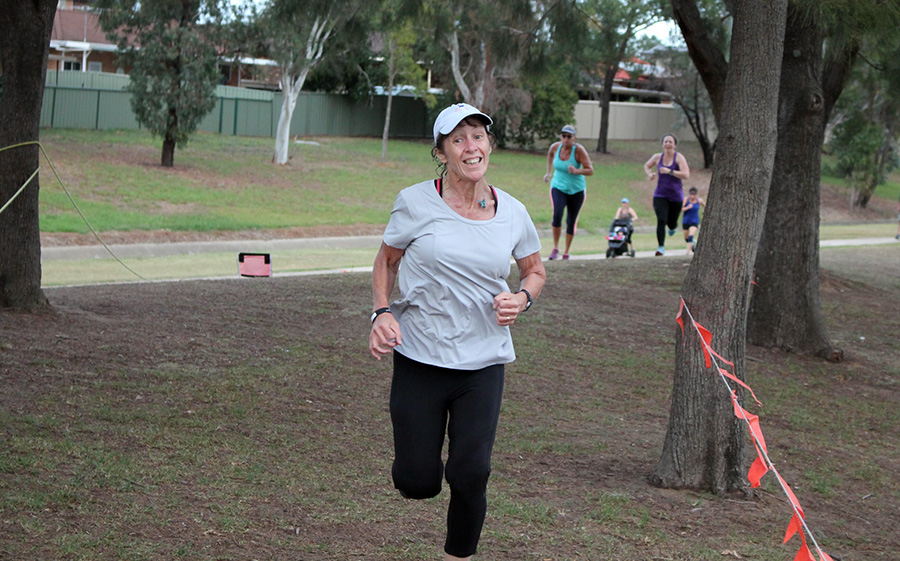 There are just so many inspiring, encouraging people who run with injuries, that are big, small, young and old that go to our parkrun and I couldn’t have got this far without them or without the support of my husband Rick.

Finally, after chipping away at my PB’s and running about 35-40km per week, I’ve made the sub 30!

It’s been one year and one week after I joined Campbelltown parkrun and I ran 29:07! I was absolutely rapt! It’s the fastest I’ve ever run! [In fact, last week Melissa set yet another PB, 28:44.]

I don’t know what happens from here on but all I know is that I’m so inspired by our seniors and always have been. I want to be fit like them when I’m their age. I want to be able to look after my husband so we are independent for as long as physically possible.

I’ve never looked back since I stumbled across Campbelltown parkrun and we’ve met the most amazing people who have literally changed our lives.