parkrun fulfills different needs for different people. The stories below chronicle the journeys of two parkrunners and their motivations for getting involved with their local events.

From casual running to parkrun ED

For Elizabeth Sachtleben, running was initially a way to cope with life’s uncertainties. Now it has become part of her lifestyle. When she heard about parkrun she saw an opportunity to support her running habit as well as engage with her community. Here’s her story, in her own words.

“I started running after college. At that time in my life, I had moved back home to live with my parents while applying and interviewing for jobs. After an introductory lifetime of being told what to do, where to go, and when to be there, life beyond graduation felt uncertain to say the least. Who on Earth was going to hire me? Where was I going to live? Would I know anyone when I got there? I need control in my life like a cake needs icing, so needless to say, I was struggling. 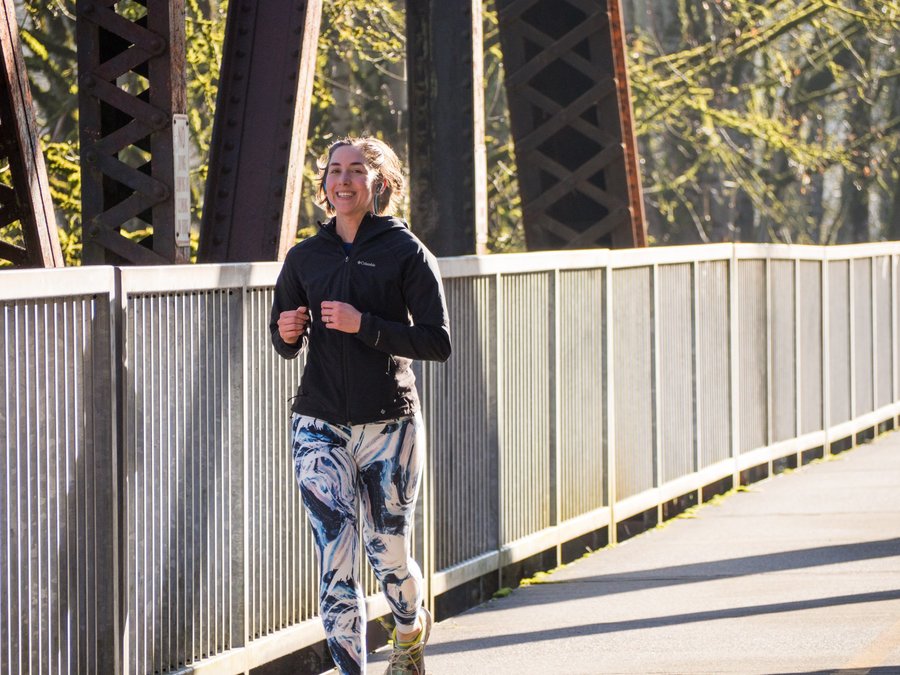 One day, feigning pity for our family dog, Marcus, I put on his leash, stepped into my old tennis shoes and went for a walk. I said it was for him. Marcus needed the exercise, right? I think Marcus knew that I needed the exercise even more. Our walks became jogs and sometimes…squirrel! …sprints… but they were always what I needed. 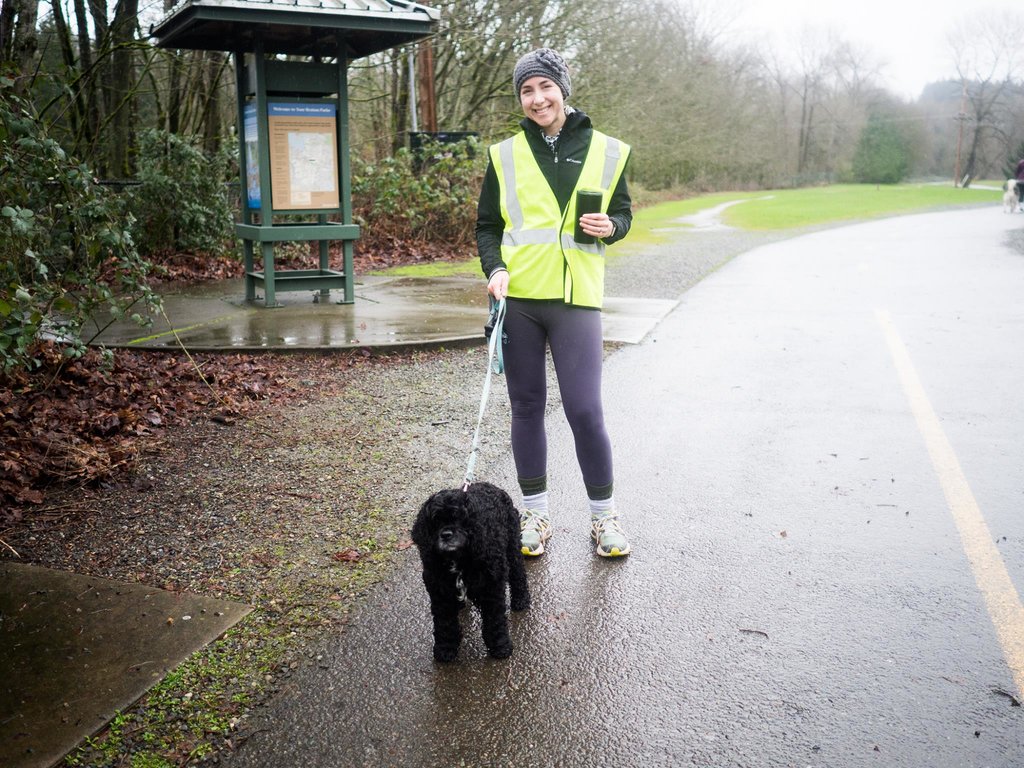 In a time when I felt like I lacked so much control over my life, I grabbed a hold of the things that I could control. I could get out into the fresh morning air. I could pick my feet up and feel the earth pound beneath them. When my body became tired, I’d push myself to take just a few more steps. I finally understood the runner’s high that all those people were talking about!

Now, almost a decade later, I’m still so thankful for what my body can do when my mind thinks that it can’t. 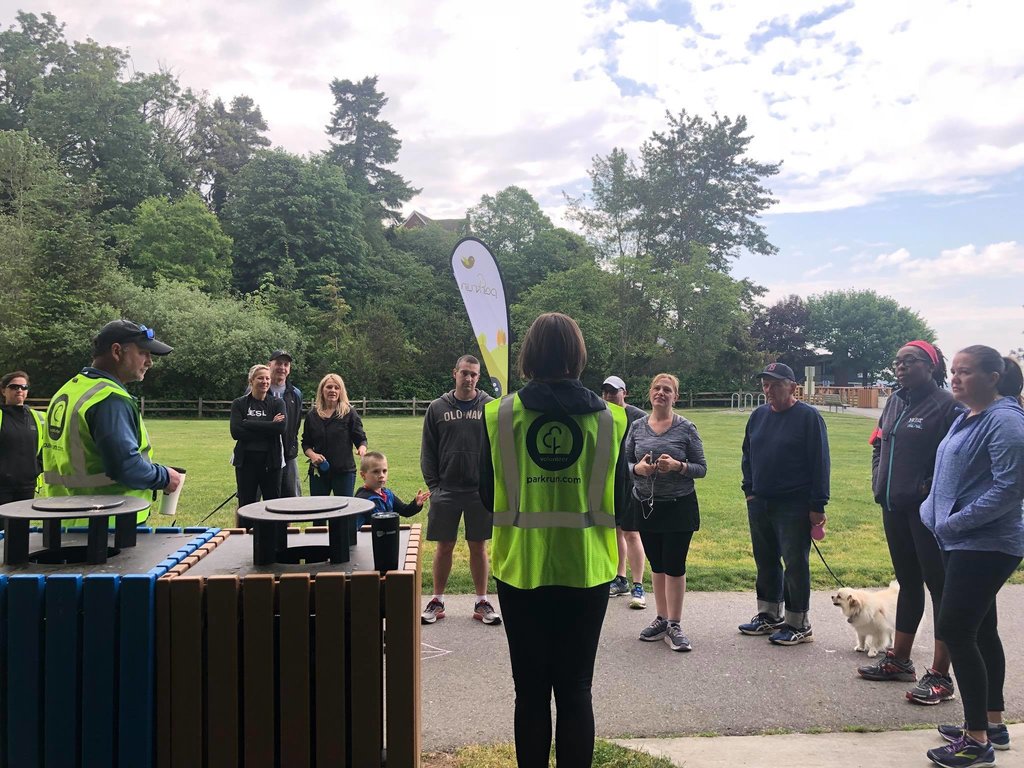 I moved to Des Moines, WA from the midwest a few years ago and was recently looking for ways to become more active in my new community when I stumbled upon a Facebook post about this parkrun thing (in Renton). On a whim, I decided to check it out. Even through I didn’t talk to many others on that first day, I still felt drawn to the community and kept coming back. Pretty soon I was volunteering and when I heard there were others interested in bringing another event to my community (Des Moines), I volunteered there, too!” 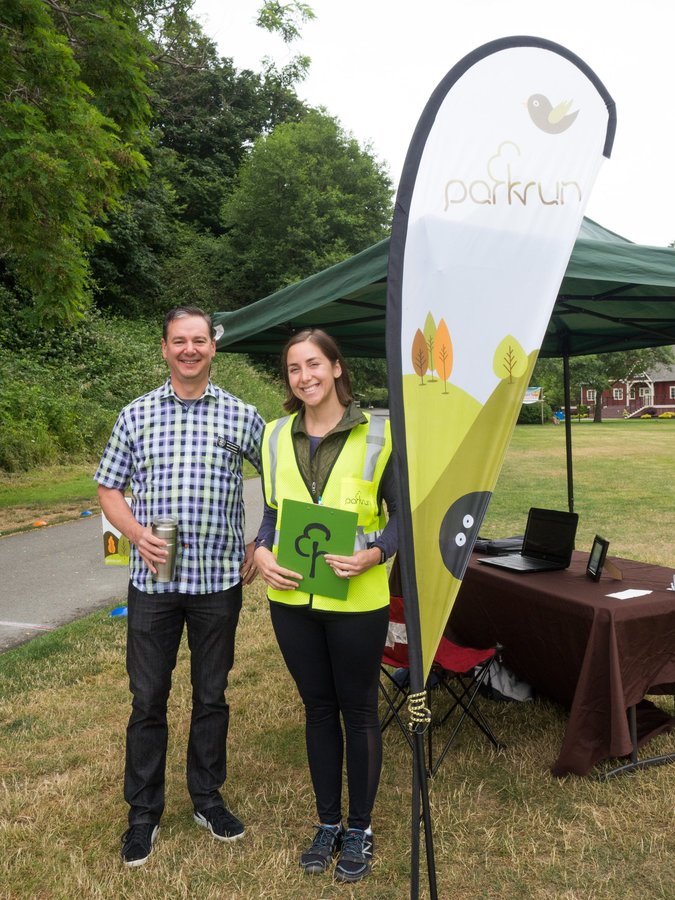 The rest is history, as they say! Elizabeth is now an Event Director for the Des Moines Creek parkrun in Washington.

Using parkrun as a launchpad to a healthier lifestyle

Jeffrey Gerald wasn’t a runner until parkrun came to the community where he spends his weekends. When Heritage Harbor, Ottowa (IL) parkrun was gearing up for its first anniversary, he posted a message of praise on the event’s Facebook page.

Here is part of that message: “In my almost 59 years on this planet I never ran or even walked 5k/3.1 miles. Now I do it EVERY Saturday at 9 am…I will be running again tomorrow at 9 am- my 38th parkrun.” 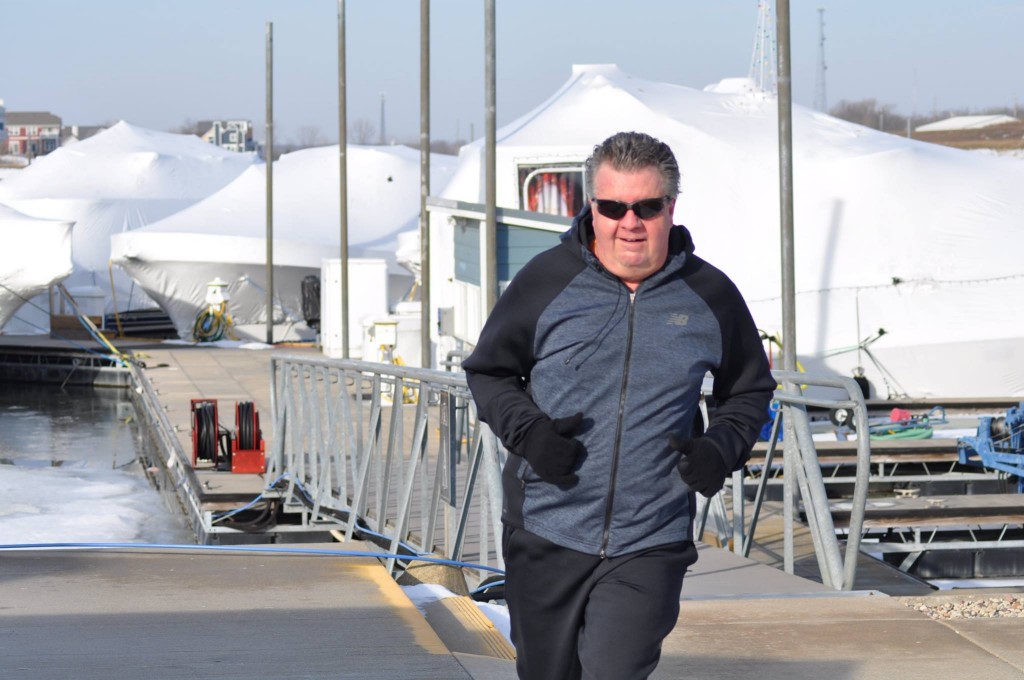 We asked him a few follow-up questions to learn more about his parkrun journey.

How did you come to participate in your first parkrun?

Our Activities Director at Heritage Harbor, where I have a weekend cottage, is Pierre Alexander. He’s from South Africa and wanted to bring parkrun to our resort, so last summer it all started. I had never done a 5k and HATED to run but at 58 years old I decided it was time to get myself in shape and commit to every Saturday at 9 am to attempt to do the parkrun.

You’ve taken over 30 minutes off of your PB since your first parkrun back in June 2017, and you’ve achieved 3 PB’s in the last few months. Are you working toward a goal time?

Progress was slow, walking at first then a little running. Now I can run a mile or so each time. I started off taking over an hour to complete the course and I’m now down to around 40 minutes with under 30 as my goal by the end of the year. 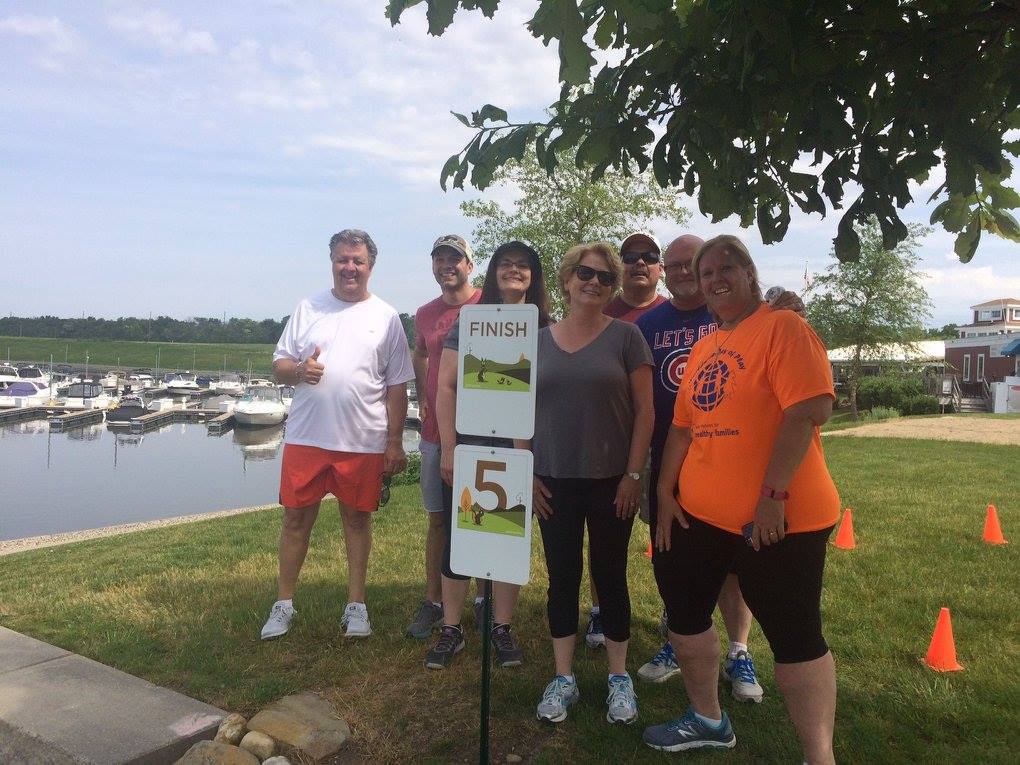 Can you tell us more about how getting involved in parkrun motivated you to get involved with other physical activity during the week?

In February my daughter Madeline suggested I join Orange Theory workouts with her. I now do three to four 6:15 am instructor-led classes every week, burning 500-1000 calories in an hour.

You mentioned in your Facebook post that being active has inspired you to change your diet to adopt a more healthy lifestyle. What did you change?

After about 4 months of doing parkrun I decided to do a pescatarian diet (vegetarian with fish). I’ve been on that diet since October and during the last 5 months have also eliminated all dairy. I’ve lost over 50 pounds since starting parkrun; it’s what got me started.

Since you’re a weekly regular, you must meet quite a few people through parkrun. Are there any particular connections that stand out to you?

After every parkrun we meet at a restaurant to talk about the run and just socialize with people that have come from all over the world. Just about every week we have someone from another country come all the way out to Ottawa, Illinois to do parkrun. 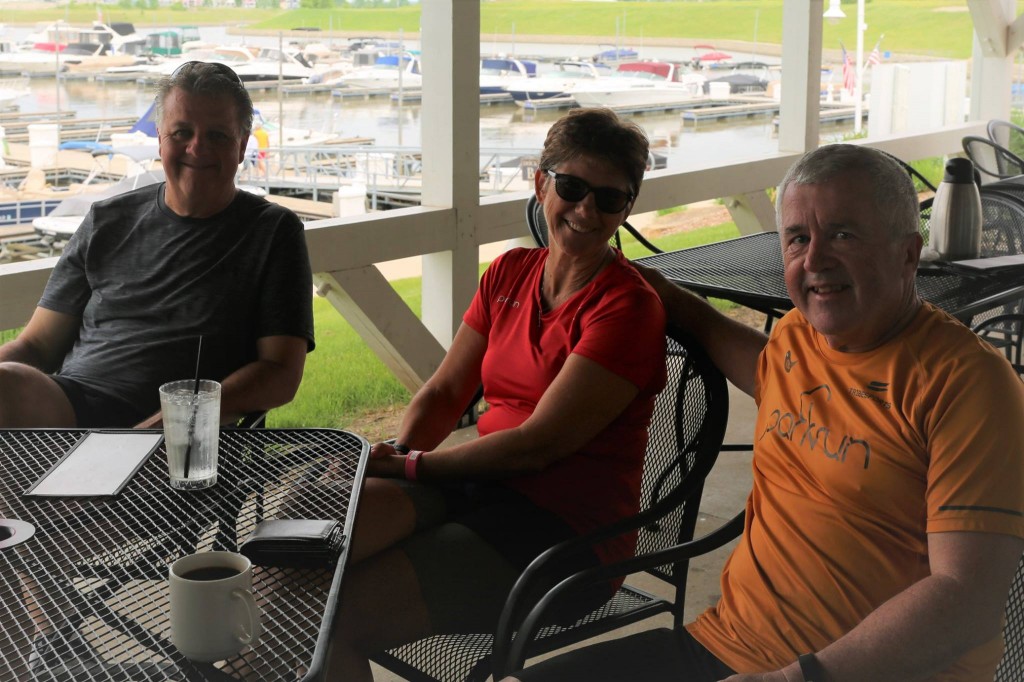 You’re only a few months away from your 50 shirt! When do you expect to reach that milestone?

I plan to get my 50 parkrun shirt by the end of summer.

Your athlete page on the parkrun website says that you’ve volunteered 9 times as tail walker. Thank you! Is there anything you’d like to share about your volunteer experiences?

parkrun runs on volunteers and I (and the rest of us) need to do more to support this activity so it stays strong. 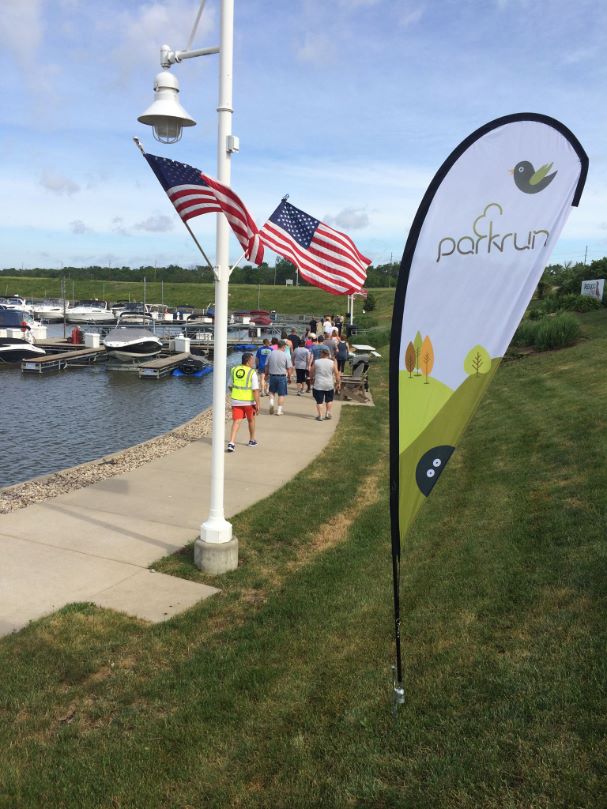 What would you say to someone who is hesitant about getting involved with parkrun because they’re “not a runner”?

parkrun is not about running, it’s about doing! Non-runners should not be turned off by the “run” in “parkrun”. 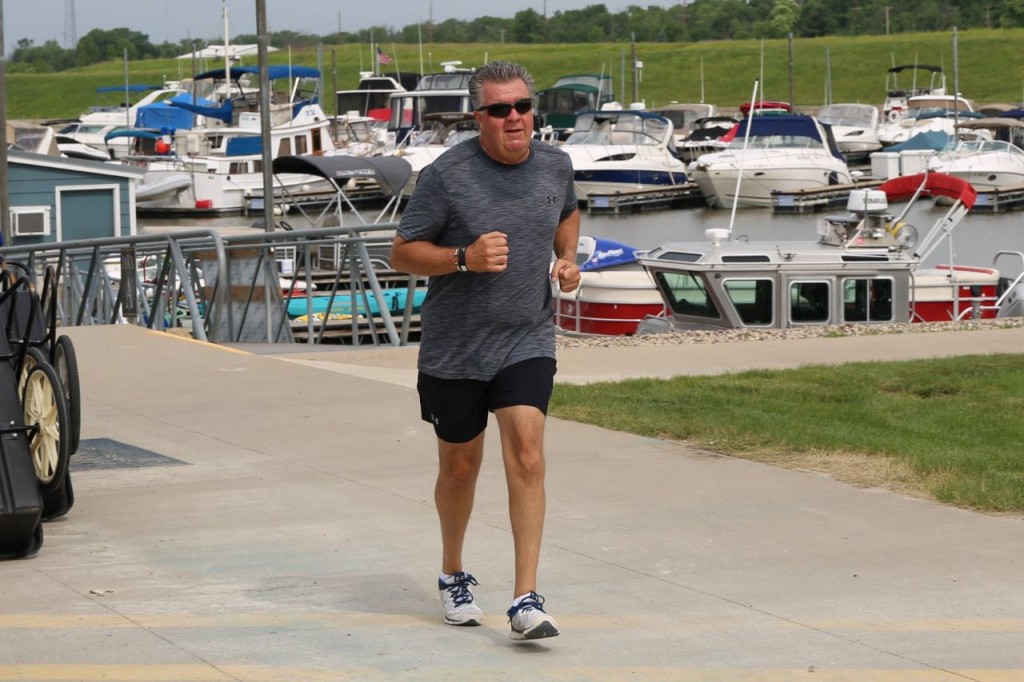 Jeffrey has now completed 40 parkruns, and we’re guessing he’ll be proudly sporting that 50 shirt in the very near future.