For the 10th week in a row parkrun USA has topped 1,000 participants with this week being our largest turnout ever with 1,320 runners and walkers, and 182 volunteers. This week we had quite a variety of participants but especially Event Directors from across the country who seemed to all be running this weekend. Read on to see the highlights! 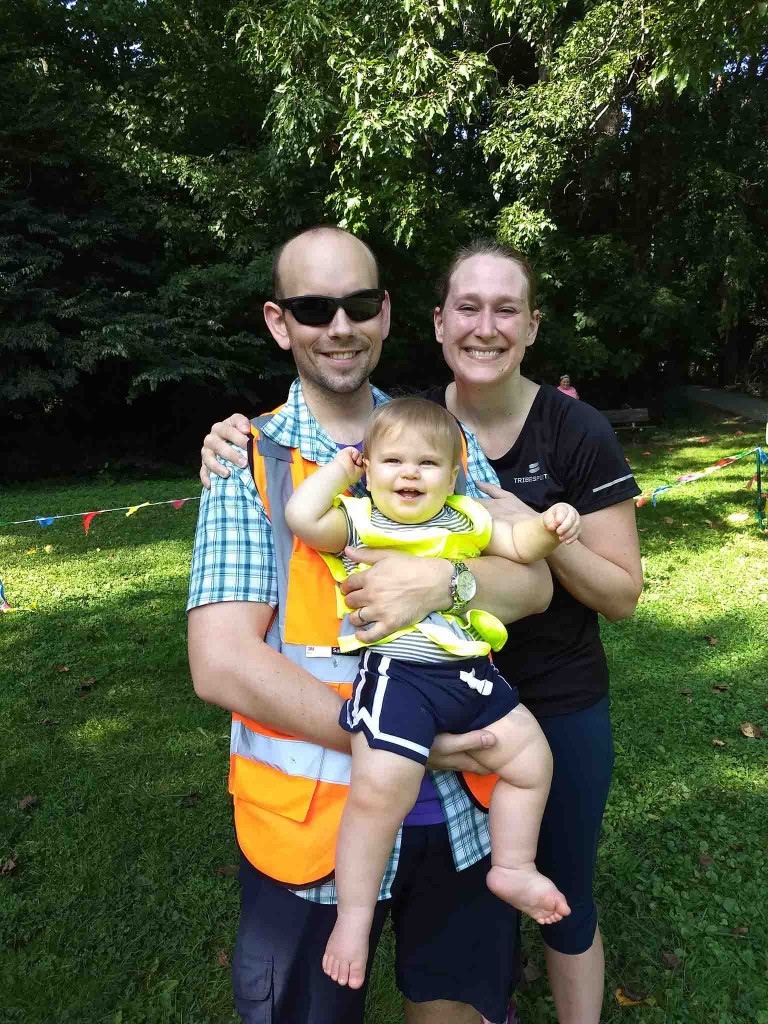 Usually Stephanie Coomes from Kensington is wearing the hi-vis vest but this weekend her husband Ian and kiddo Henry took the reins as Run Director. 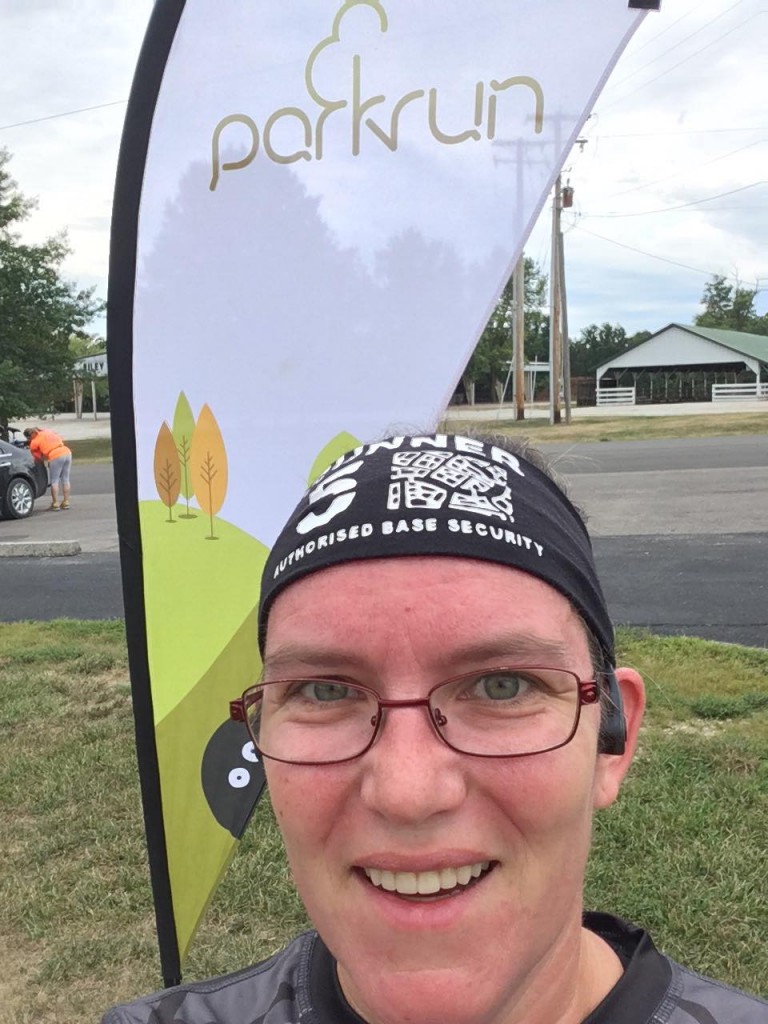 It was a great weekend for Event Director Regina Cross after a streak of cancellations due to other events in their park. Even better: Regina managed a new PB! 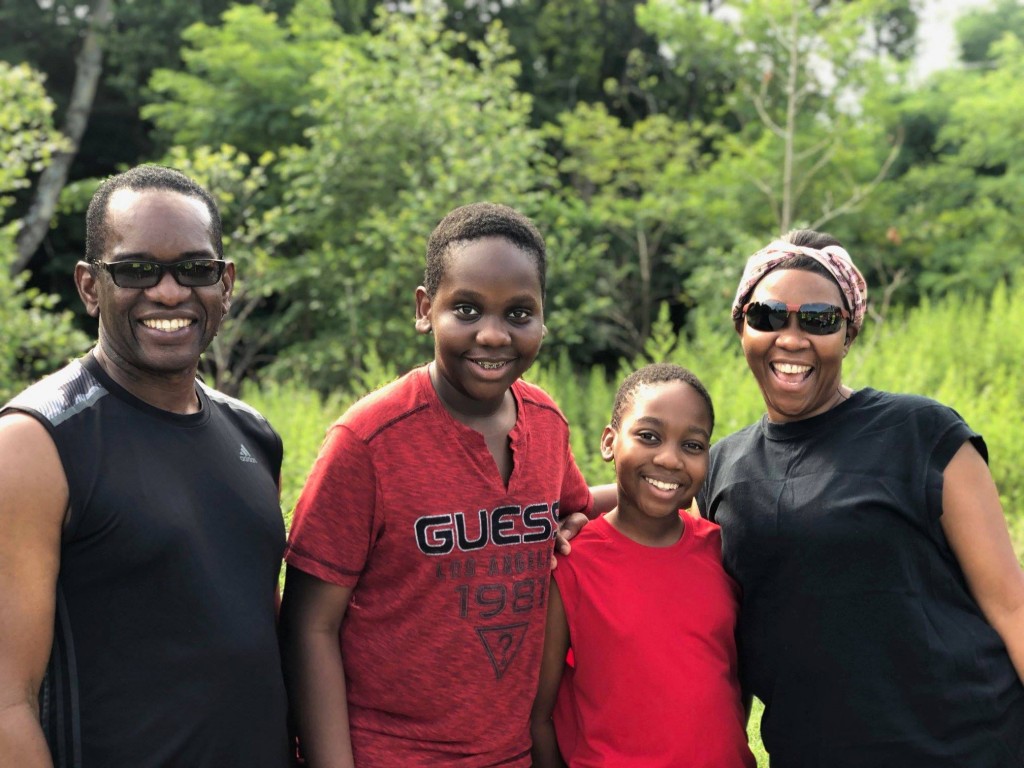 Fred Babumba Lukwago visited a year ago from Uvongo parkrun, on the Indian Ocean in South Africa. He had such a good time that he returned this time with the rest of his family, who did their first parkrun ever at College Park. 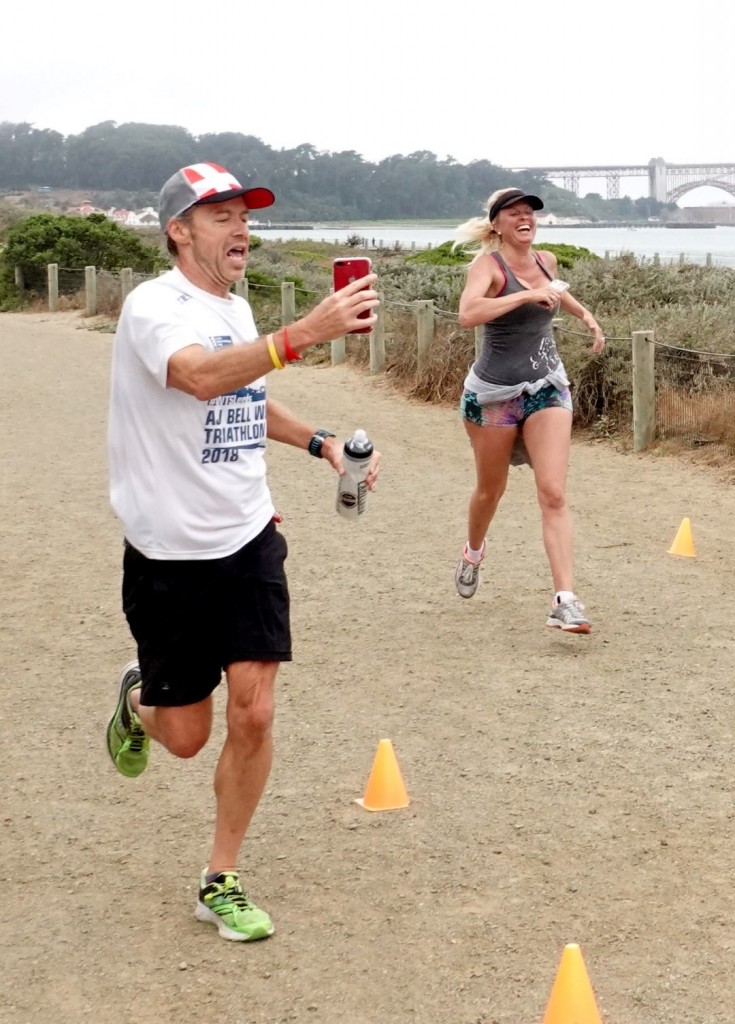 Some parkruns are so fun that you never want to forget them! This week, Crissy Field had its second largest turnout with 162 parkrunners. 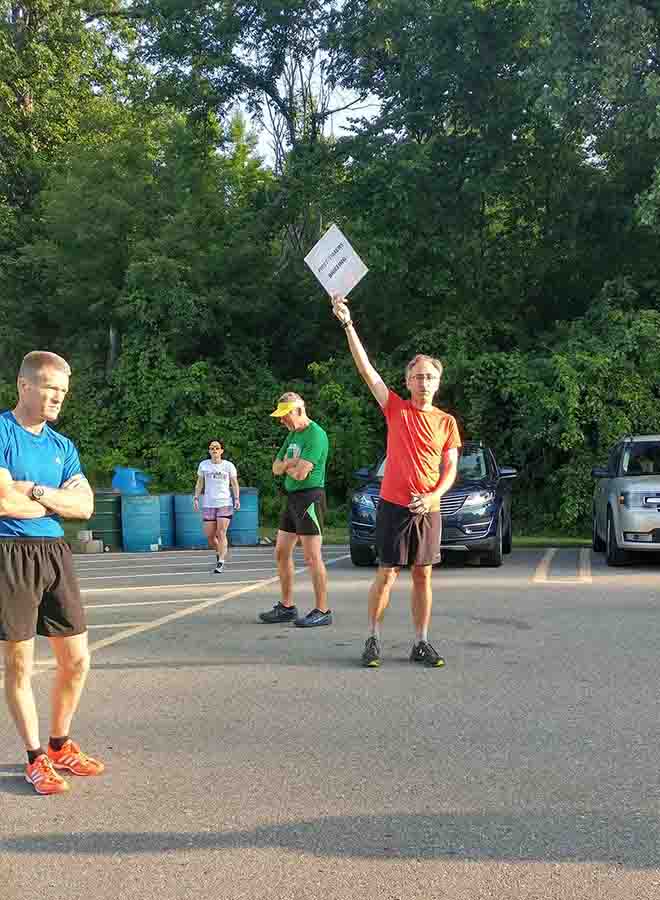 Usually Tim Keer is wearing the volunteer vest or helping us crunch numbers behind the scenes. His favorite volunteer role is the first-timers briefing, which he completes before joining everybody for the 5k. 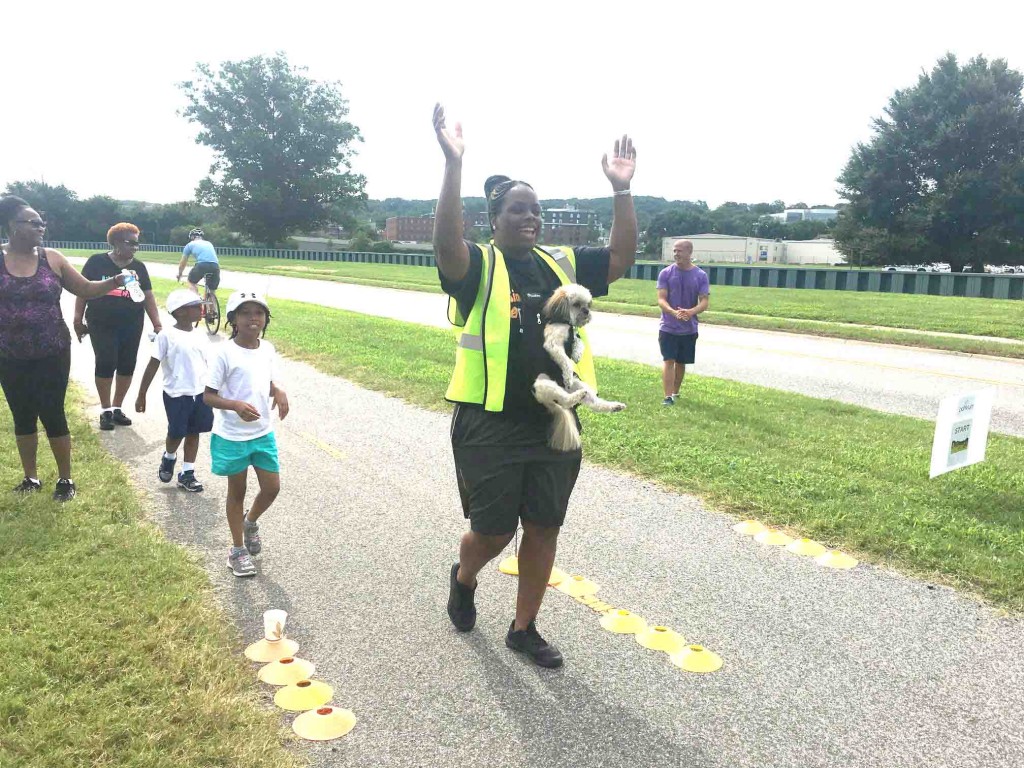 Regular “barkrunner” Faith is taking the whole running thing to another level. This week her fur-mom Nakia carried Faith in a puppy pouch while completing the course as a volunteer tailwalker. 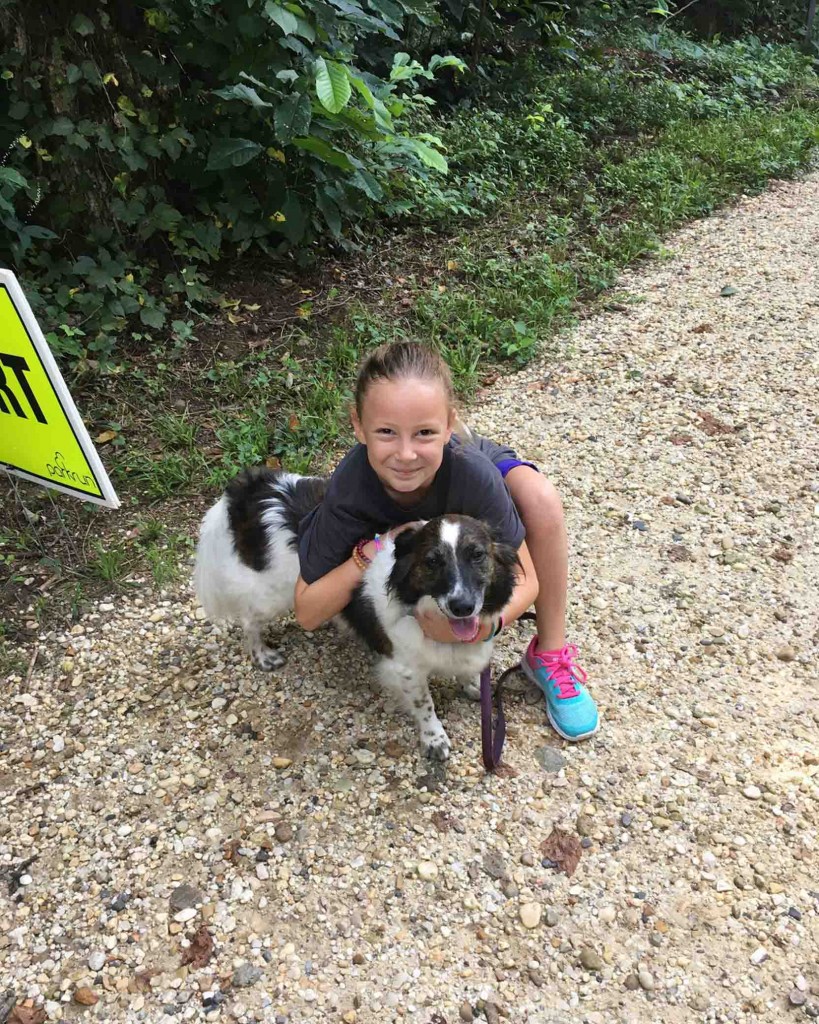 Roosevelt Island survived an overnight storm scare and had a strong showing with 86 runners, 16 tourists, 21 first timers, 11 unknowns, and two barkrunners. One of those barkrunners was Sparkiccino (a.k.a “Sparky”) who wagged his way around the course with his buddy Dahlia. 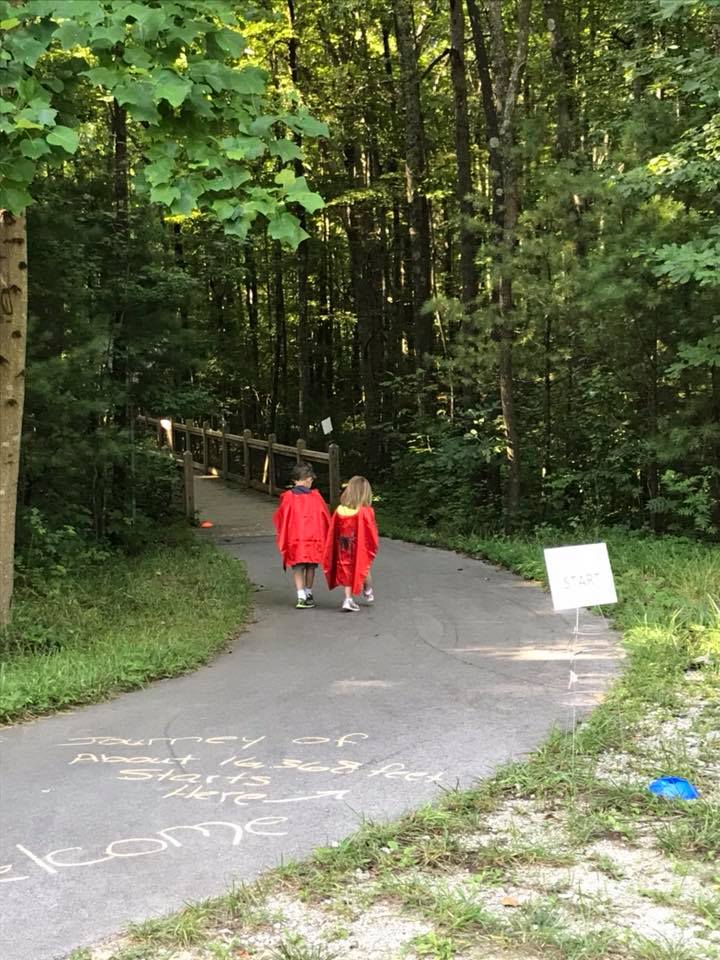 It was unofficially bring your family to parkrun day! This growing community had quite a few parents out on the trail with their kids and encouraging each other, and kids volunteering with their parents at the finish. 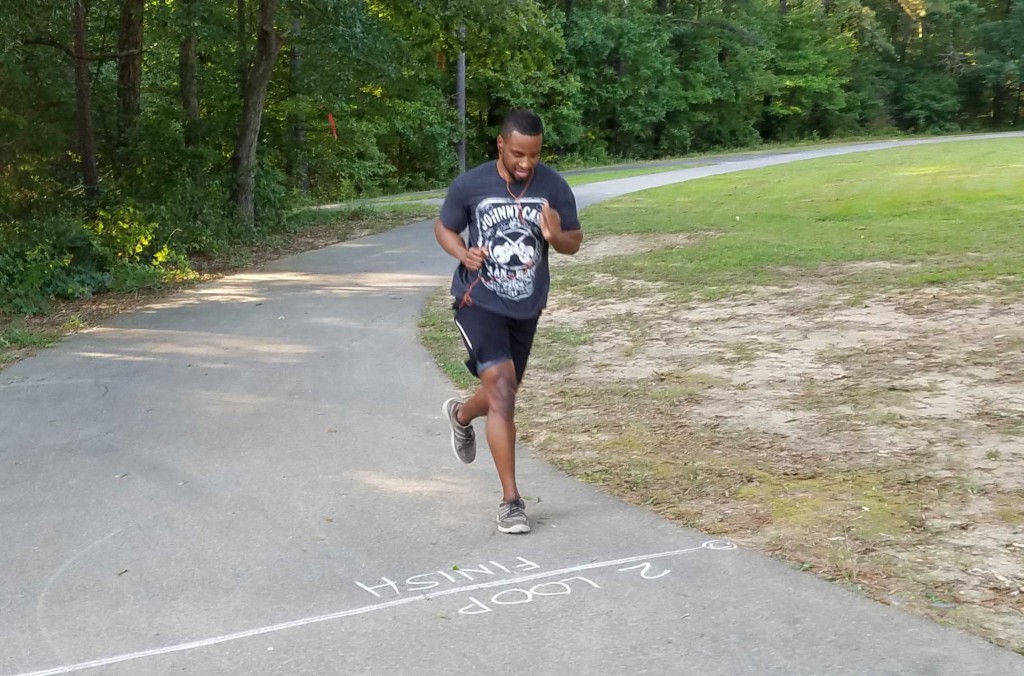 Returning for his second week in a row, Nyketric Singleary brought some family members with him and even set a new PB. 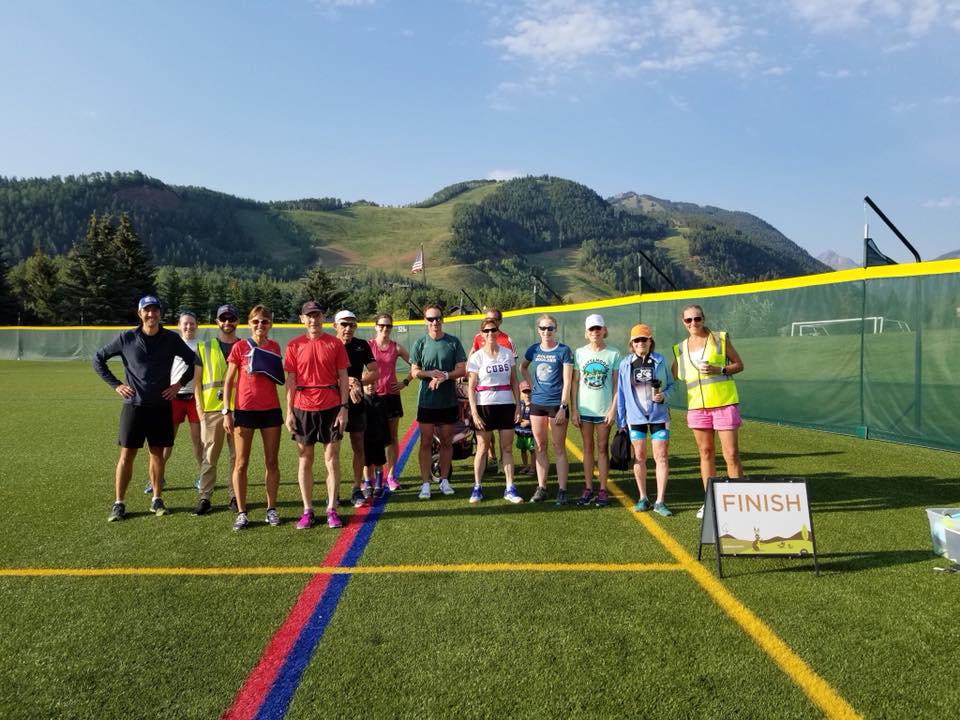 Aspen had everything this week: new faces, regulars, returners, parkrun tourists; people from Australia, England and Belgium. And lots of parkrun experience with over 700 parkruns between all participants. 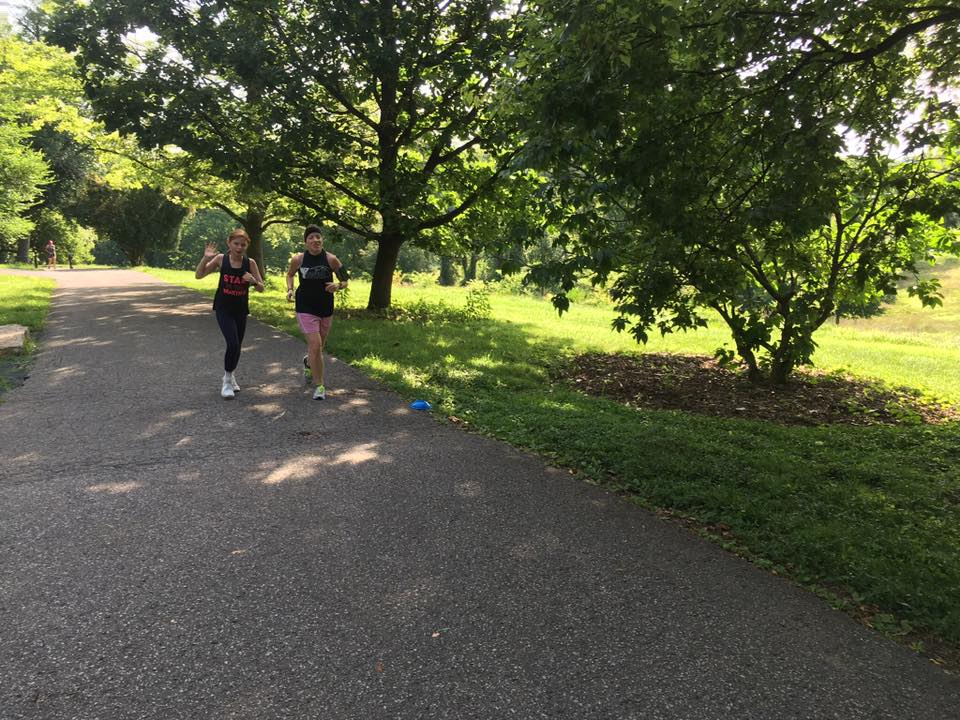 It was a speedy morning for everyone at Joe Creason parkrun in Louisville, where 16 runners finished between 18 and 41 minutes and three set new age group records. 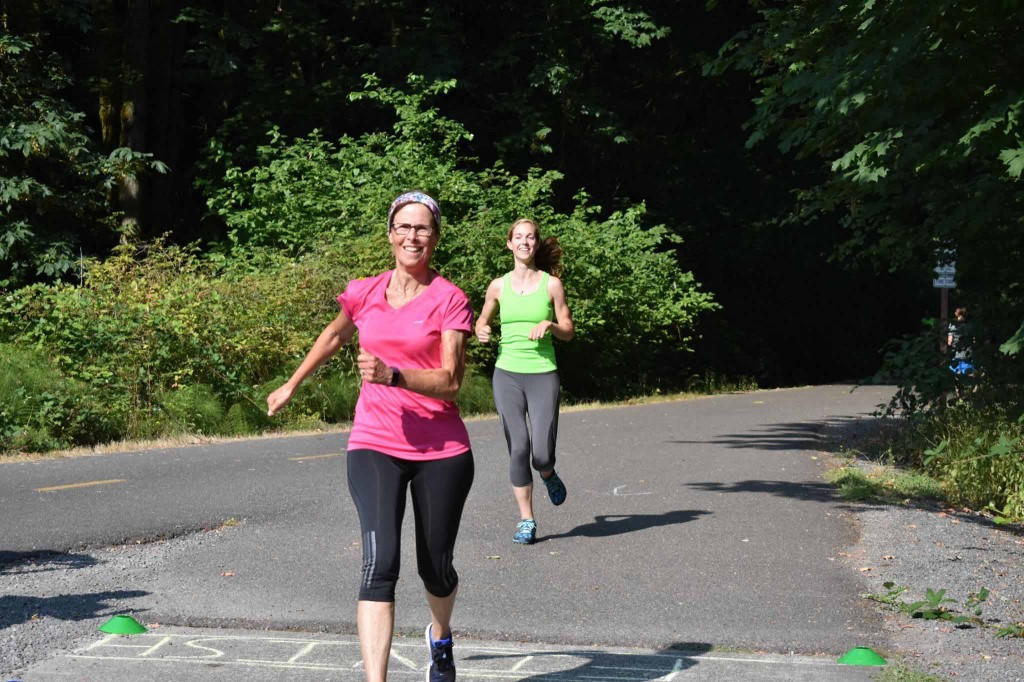 “Renton had 43 finishers, even with the “Renton River Days” Festival happening downtown. We had quite a few tourists, one of whom celebrated her 100th parkrun with us! We hastily made a 100 cape for her so she could be recognized during our run briefing, expertly conducted by our newest Run Director, Lynn Wunder. Personally, I was excited to bring my parents to their first parkrun event. Dad stepped in as backup timer and I got to run with my mother, Joan Heffernan,” said Co-Event Director, Cathryn Burby. 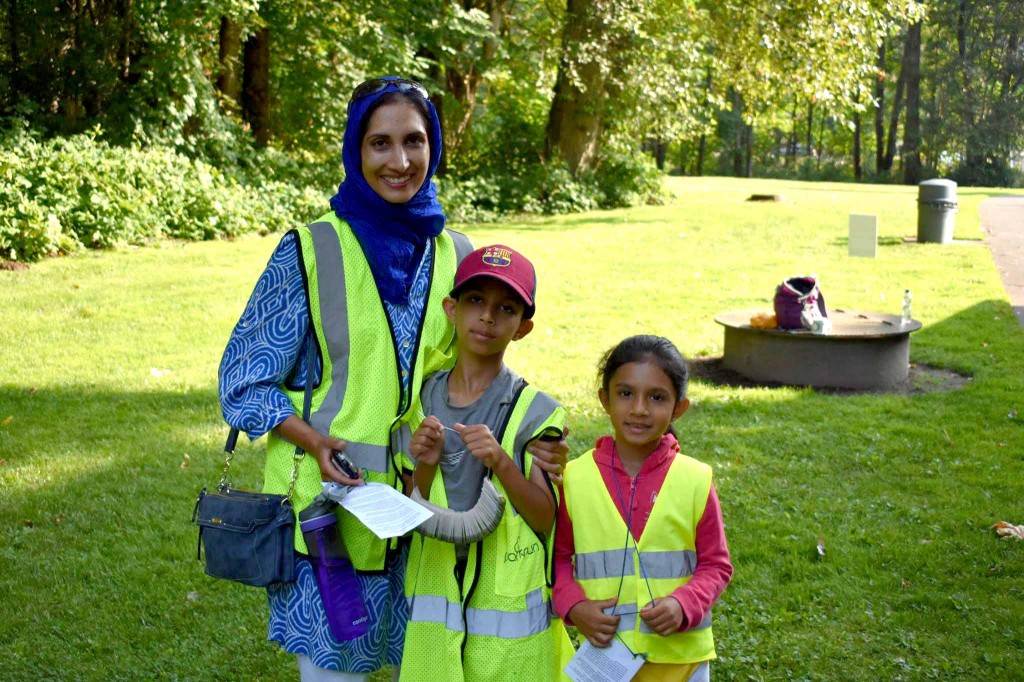 There were a few moms representing with their kids at Renton, including mom Bushra and her kids Fehsal and Maheen on their first shift as parkrun volunteers. 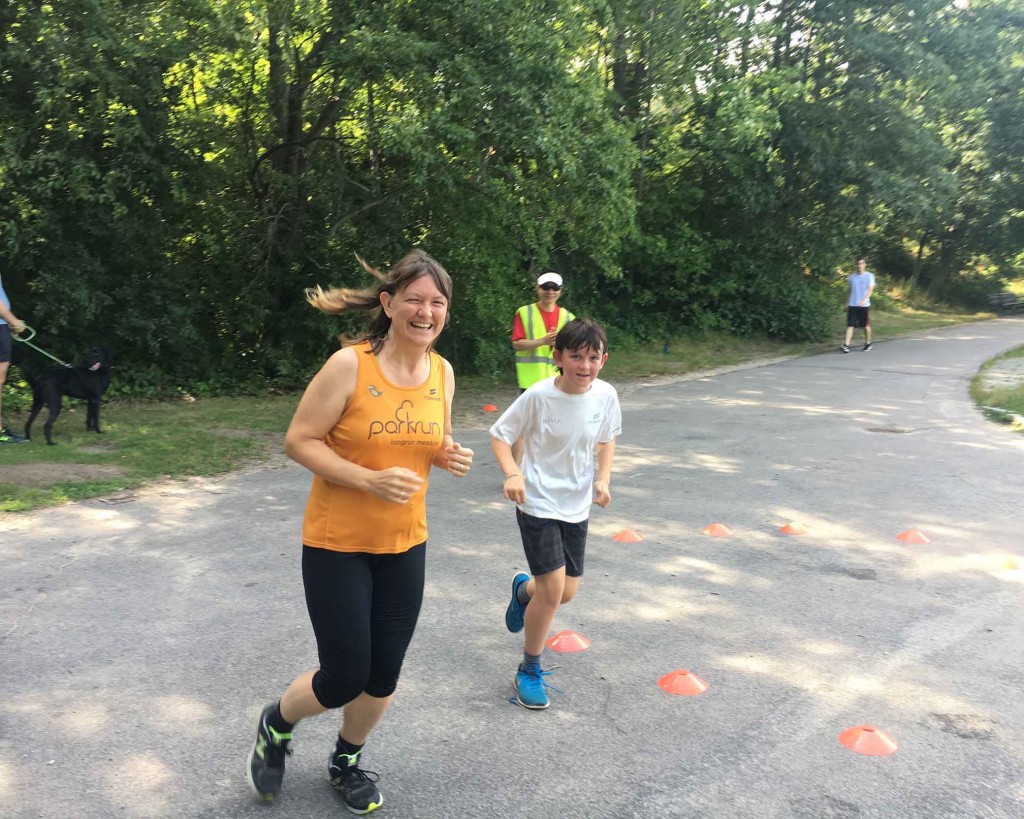 Jamaica Pond had a big turnout, with 94 smiling runners and walkers, including 26 first timers and 31 tourists. One notable achievement this week: Elliot Frank set a new age group record for VM70-74 at 31:58! 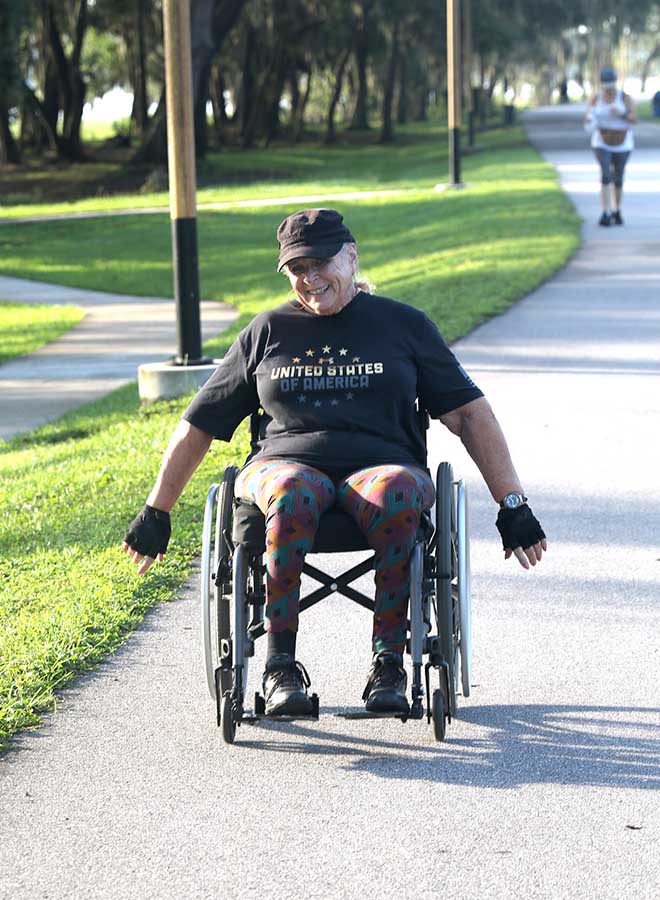 Our biggest turnout this week was at Clermont Waterfront parkrun, where a record 214 parkrunners showed up to run, walk, stroll and roll across the course, including second time participant Diana Stone. 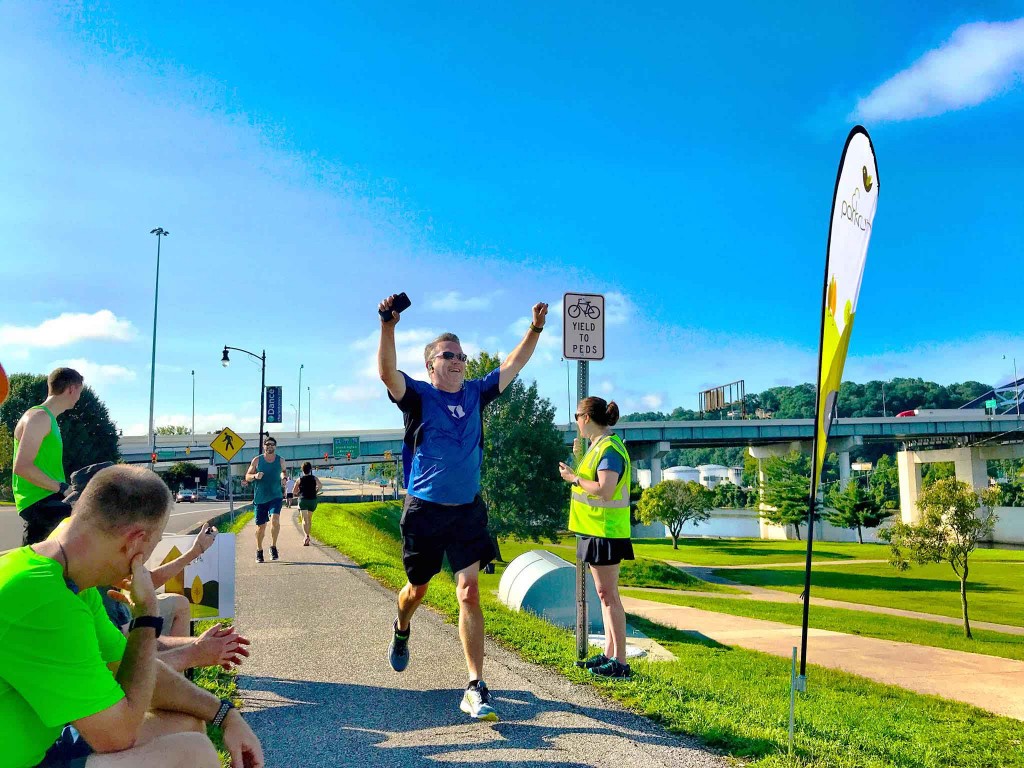 First timer Jeff Fleck was all smiles, cheer, and exuberance at the finish line after running with his friend and Charleston Co-ED Jamie Bumgarner. This was Jamie’s first parkrun. 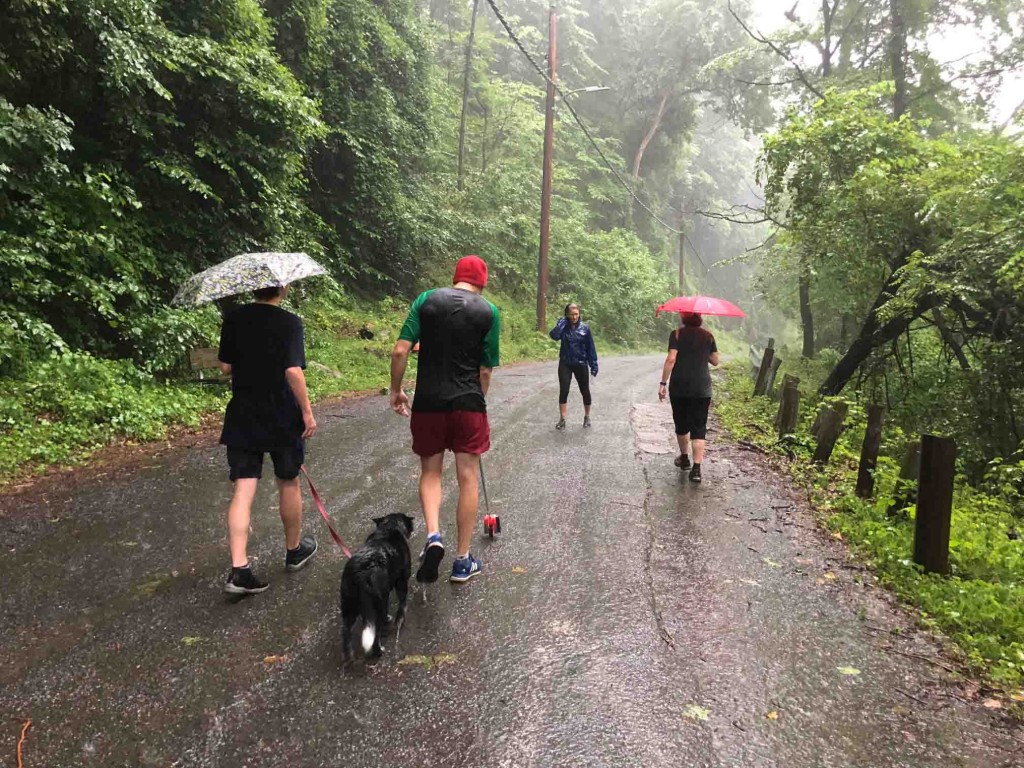 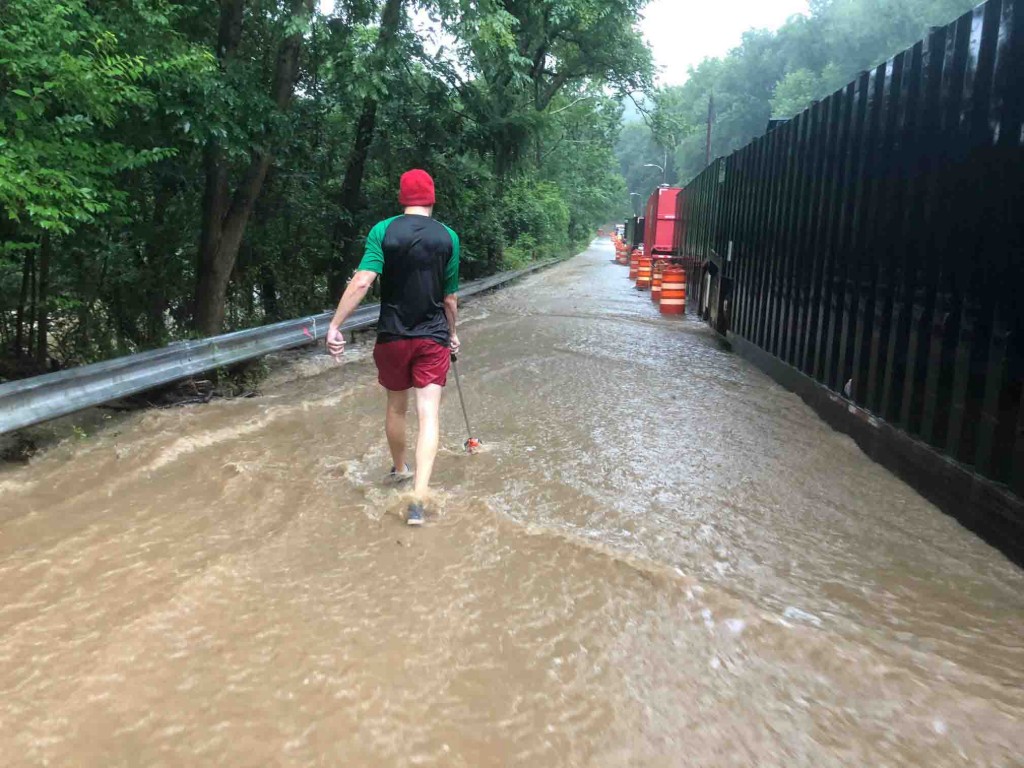 “Leakin” Park lived up to its name this week when the sky just wouldn’t stop dropping water! Volunteers Tom, David, Kristie, Bridget, and Doug went out mid-week to map out an alternate course after the heavy rain and resulting flood washed out part of the regular route. However, their plans were foiled when roads to the park were later damaged and the event had to cancel. We hope they’ll be operational again soon. 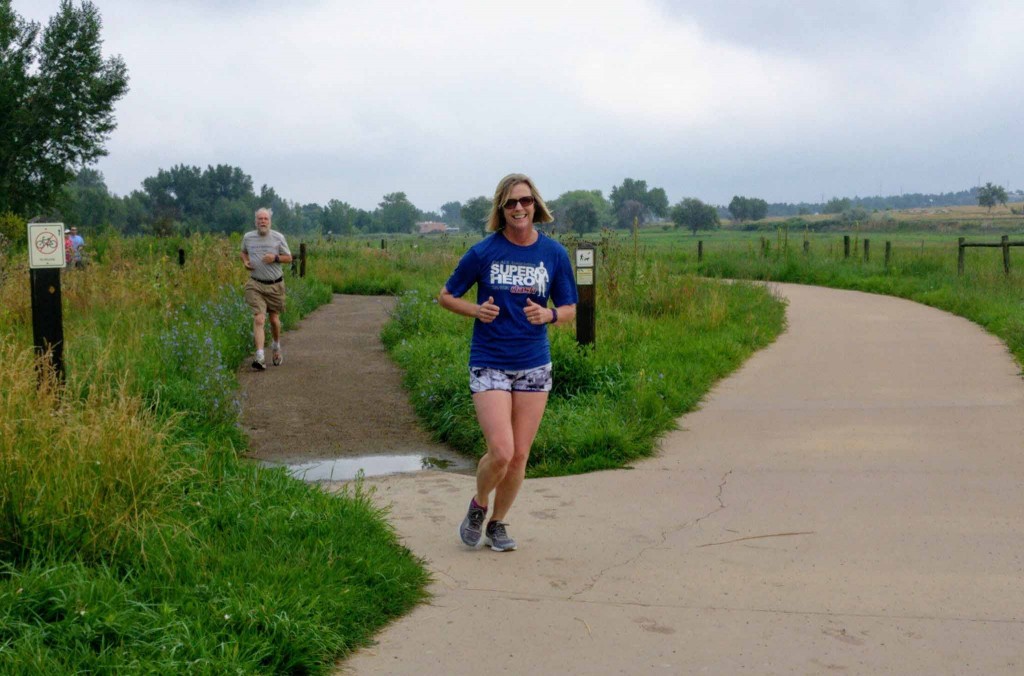 Five time parkrunner Kelly Robbins had a two thumbs up run, along with 22 other runners and walkers.

Mason Watt arrived a few minutes late to DMC parkrun but was still determined to get out for a run. Pushing a stroller with his twin toddlers, he still managed to run the entire uphill course and back in time to finish in fourth place. That was one herculean effort! While this was Matt’s first recorded parkrun, he attended one previously as an unknown runner. This week the DMC crew helped him register and explained the finish line barcode process. 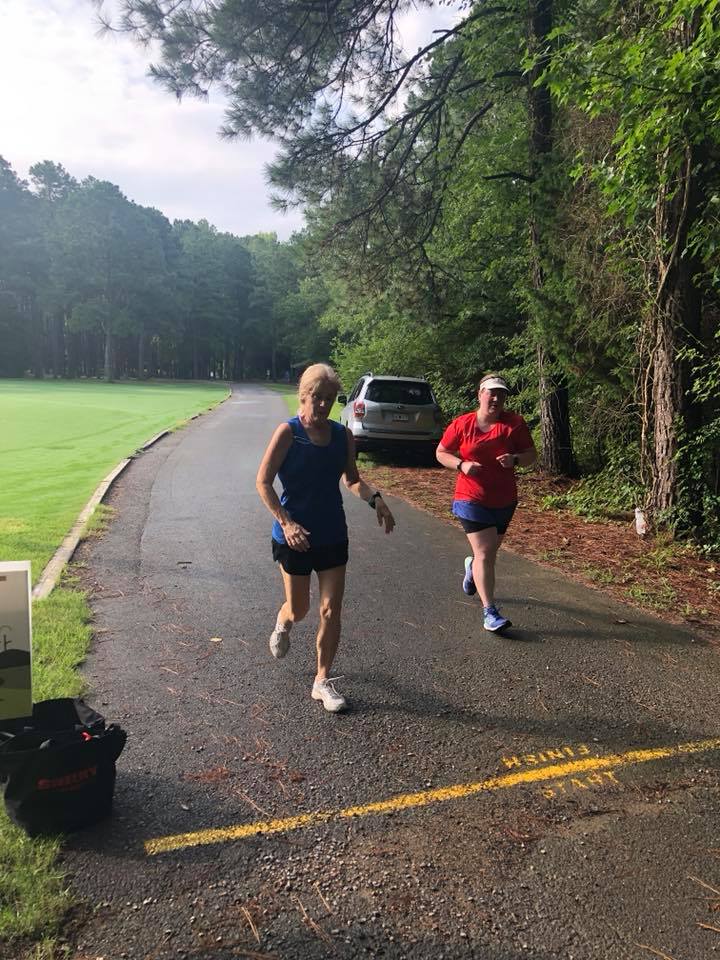 “Apparently it was parkrun #50 at Deep Run! I’d have brought a 50 sash, if I’d known! It a course PB for me and I loved chatting with everyone. I think there’s going to be a road trip to DC when their parkrun is cancelled for other events in the park. I’m so glad I planned a parkrun on the way to my friend’s wedding!” – Joyce Adams, Roosevelt Island Event Director 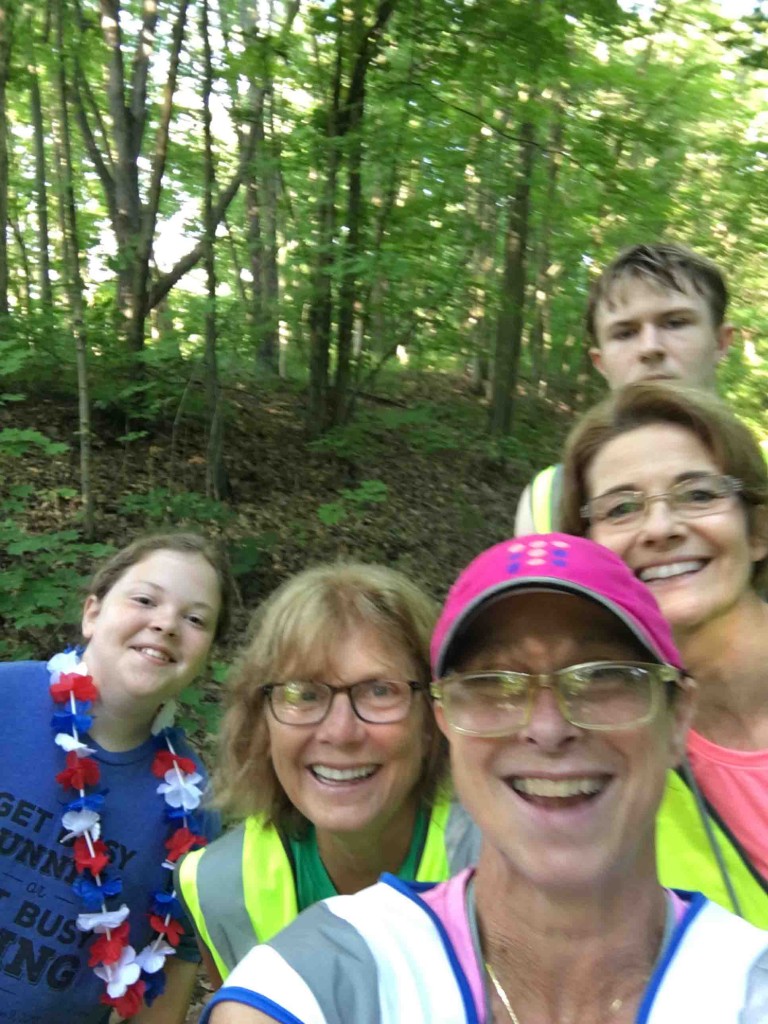 There’s always someone available to join you for a parkrun selfie! Here we have Logan Montgomery, Chris Scholl, Linda Kline (in pink hat), Sharon Kochheiser behind her (she’s Linda’s sister in law), and Hudson Culp.

Join us next week at parkrun and you might end up in the photo roundup. See you Saturday!

Peace Valley launched 3 weeks ago giving Doylestown, PA, and the surrounding area the opportunity to join in the parkrun fun.  It has been the project of Matthew and Patrick since they met at Delaware and Raritan Canal parkrun in 2019.  They enjoyed the event so much they embarked together on a project to bring one closer to home….