It was always about the coffee

Eleven years ago Euan Bowman was a young Scot, fresh out of college and living in an unfamiliar English town, looking for things to do. He went on to start one of the earliest parkruns, and later to launch parkrun Canada. He recently returned to celebrate the 10th anniversary of the event that he started, and his own 100th parkrun. Looking back, he finds parallels between his younger self and people who now contact him from throughout Canada.

“Last weekend this mug spoke to me – ‘It was always about the coffee’. What is this mug, where did it come from and why was it speaking to me?  It was all part of a special weekend that sent my memory back exactly 10 years ago.

It was a special weekend for two reasons. Firstly, parkrun UK was holding its annual Ambassadors’ Conference, which I was lucky enough to be attending. Secondly, Saturday marked the 10 year anniversary of the parkrun that I started – Basingstoke parkrun.

This phrase printed on the side of the coffee mug reminded me of how and why I took the decision to start this event in the south of England, and why it was one of the best decisions of my life.

I don’t tell the story of how Basingstoke parkrun started very often probably because I think it may be boring to many, but there are those out there who like dull stories. If you are one of them, please read on!

At the start 2007 I had freshly returned from a gap year in Canada after I had graduated and was looking for my first grown up job. That search took me to Basingstoke, where I worked as a design engineer. Basingstoke is a lovely place, but I found myself with not much to do on weekends.

I did some searching online for things to do and I stumbled across a free 5k run, called Wimbledon Common Time Trial (WCTT). There were two of these at the time, the other one being in Bushy Park (BPTT).

Excited, I grabbed my running shoes and worked out which train would best get me there in time for 9am. It took about 90 minutes to get there, and I remember the day like it was yesterday. The sun was shining, everyone was friendly, and I loved the mix of trail and clear path as we made our way around Wimbledon Common.

I gave the run my full effort and on the way back to the train I felt a little ill and slumped outside a corner shop with a sugary drink in hand. It was short lived, however, and despite feeling temporarily zonked I was buzzing from the running endorphins and the thrill of the community that I had found. Had I known people would be interested eleven years later, or if I was good at recording photos, I would have some to share with you but unfortunately not.

I returned once or twice but the commute to get there for 9am was too much for a Saturday morning. I contacted UKTT (UK Time Trials), which was the name for parkrun back then, to see if anyone would be interested in working with me in setting up one in Basingstoke. I searched my e-mail history and found the e-mail, here it is below:

I have participated in a few of your time trials and have very much enjoyed the experience.  I would like to do more however traveling the distance to the nearest one can be a bit much for a Saturday morning, I would much prefer to have one local!

This is why I am e-mailing, I would like to see if I can start an event in Basingstoke.  Having been to many organised runs around the area I believe there is great potential for numbers.  Admittedly I am a little new to the area, but I have plenty of doors to knock on in the runners community to drum up support round here.

I have come to you first however for some general advice, perhaps you know of someone who has registered a similar interest in this area?

I look forward to your reply, any help would be greatly appreciated.

Looking back at that e-mail it strikes me firstly how disgustingly polite I’m was, but also how similar the structure is to when I get enquiries for parkruns to start in Canada every week. Sometimes I forget what is going through the sender’s head when they write their e-mail, because when I wrote that it was a mixture of inexperience, terror, and excitement!

To my delight, I had a response the next morning, from none other than Paul Sinton-Hewitt:

Many thanks for writing to us. You may have seen that we are looking for

events in areas they choose. If not, read the Franchise section on the About

interested in working with you to establish an event. I’m copying Jim and

The first thing to do is for us to meet. When are you next coming to one of

the Teddington based events? At this meeting we can discuss the issues and

tasks and start setting out a plan. After this, you will feel more able to

contact us for whatever help you feel you may need.

And from there I met Paul at Richmond parkrun for coffee and he said a few things I haven’t forgotten. The first was that it would change my life. This was nonsense I thought, this guy has no idea about me and how anything could change my life, but how right he was!

Right yes, the coffee mug. This is where it all connects and the reason for this whole story. The mug came from the ambassadors conference and when I saw it I had flashbacks of this whole story. In my chat with Paul, he mentioned that it is all about the coffee. The run is one thing, but the coffee is absolutely crucial to the whole thing so that people can connect, chat and in turn build community. 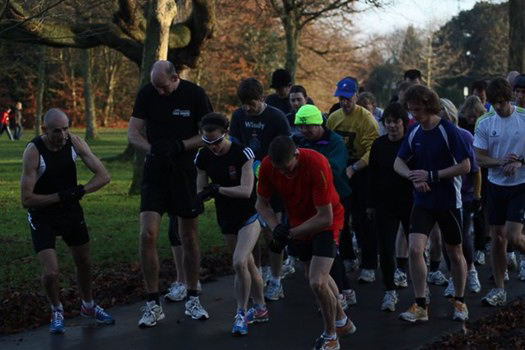 One of the early events at NHTT/ Basingstoke parkrun.  Unfortunately images of event number 1 have been lost and are now part of parkrun myth!

The coffee was not something I had initially planned to do, but I took the advice. On launch day I announced I’d go for coffee and if anyone wanted to join, and to my amazement, people did!  From there, I was impressed at how the community grew by itself. 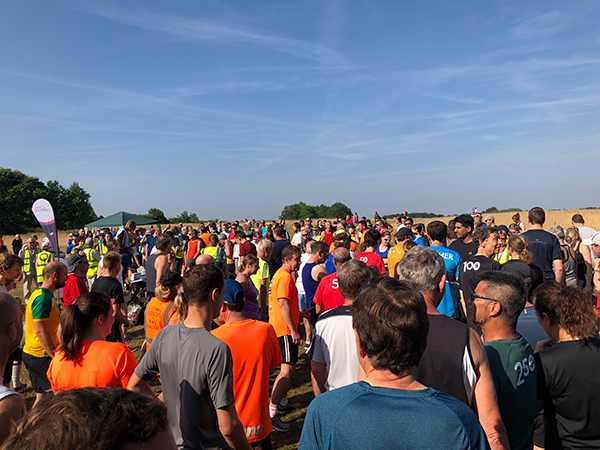 parkrunners all the way to the horizon

Fast forward 10 years and I returned to what is now known as Basingstoke parkrun and reconnected with those original pioneers present on the first day – Tim Ellis, Matt Lane and Lynn Brastock. It really shocked me how much time had passed when I was greeted by another runner who seemed to know me quite well, but I hadn’t a clue who he was. When he reminded me, I was floored to find that it was Solomon Lane, who was also there on the first day but back then he was 12 years old. Now he’s all grown up and is much taller than me! 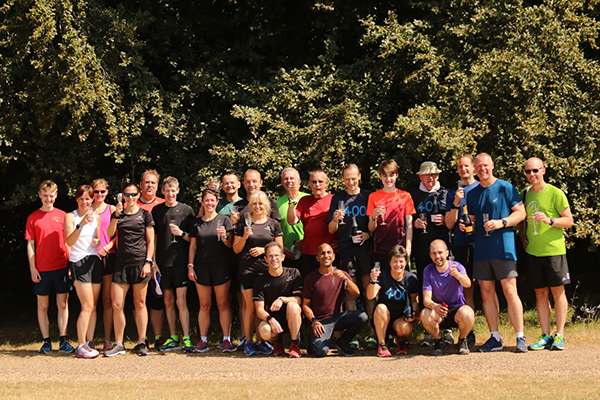 The Basingstoke team all enjoying some sparkling water.

Talking of all grown up, Basingstoke parkrun certainly has! I left for Canada at the end of 2011 and we had about 150 people taking part weekly. I could have never foreseen 600+ on a weekly basis. It’s quite the slick operation with a solid core team lead by Avi Govind . I’m very proud to see it going so well and more friendships being made.

Thank you for having me, Basingstoke parkrun, I’ll try not to be such a stranger next time! 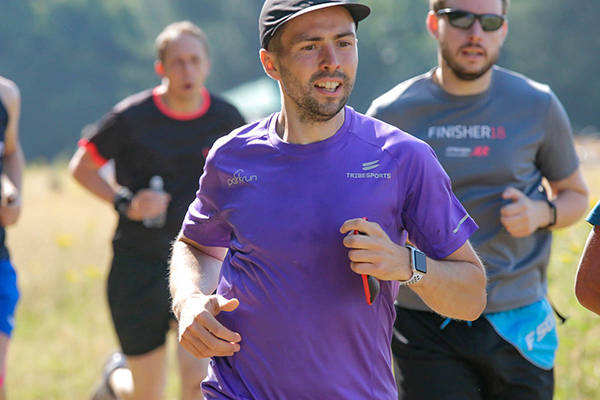 parkrun week in pictures: May 14

Last week saw our second highest attendance since we restarted last May, with 1,822 finishers across 45 events. We had 412 parkrunners help fill all of our volunteer roles and we had a whopping 353 parkrunners finish their first parkrun ever – wow! It was a beautiful spring morning around the country, so let’s take…