Which type of parkrunner are you?

The parkrun community is made up of more than three million women, men, girls and boys of all ages and backgrounds, with more than 1,500 events taking place across 20 countries worldwide every week.

The numbers are huge and continue to grow by the tens of thousands each week, but there are certain characters among the parkrun family who you might recognize at your weekly 5k more than most.

The question is, which one are you?

Ever wondered how many US residents live within 100 miles of  a parkrun? Or the percentage of parkrunners who have attended between 5 and 9 previous parkruns that showed up this past weekend? Psssh, too easy! 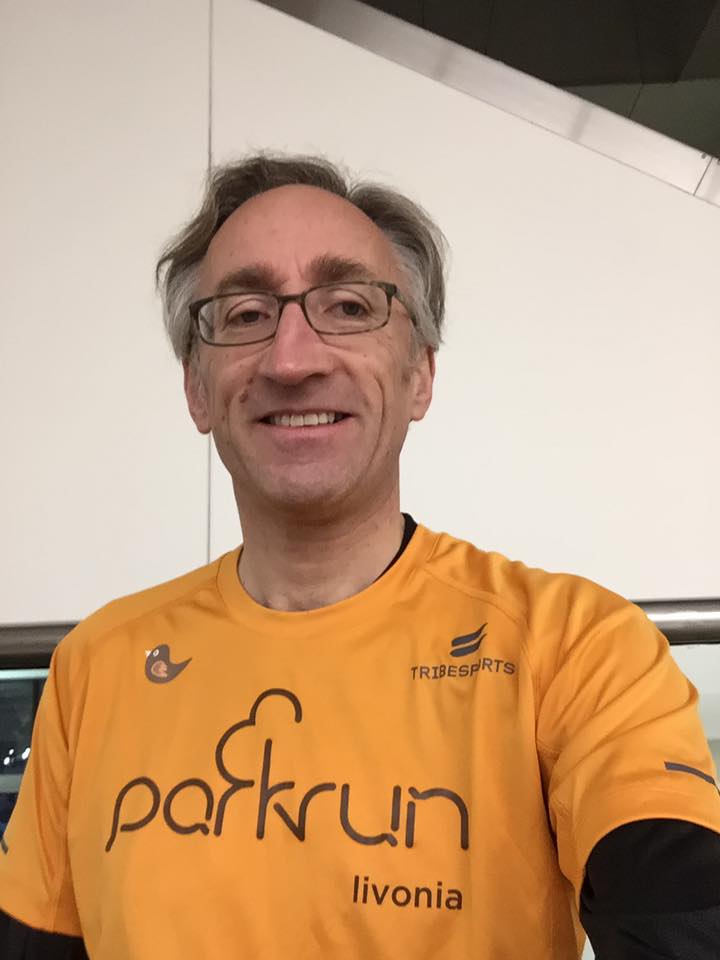 Forget super computers, the parkrun Stats-Gurus can list the number of people who have completed 17 parkruns in the USA quicker than you can say Louisville Joe Creason Park parkrun.

These wizards don’t even use Microsoft Excel, because they’ve created their own bespoke software to crunch their complex parkrun-tracking algorithms. 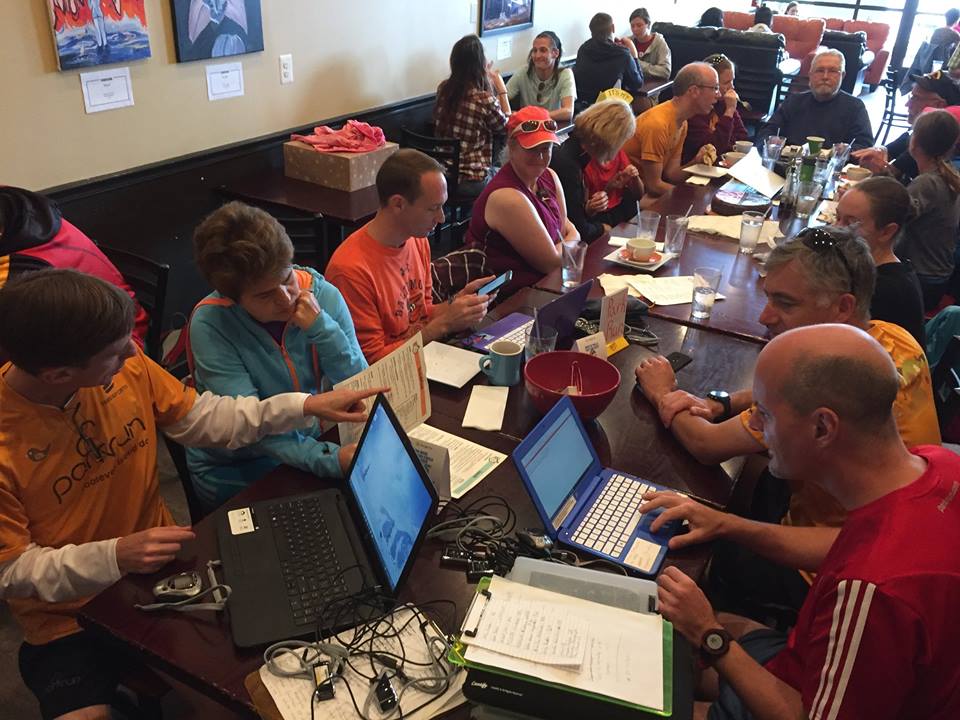 Percentage growth, the number of parkruns completed on the second Saturday of the fourth month in the rain, – you name it – none of these are challenges are too great for the human calculators of parkrun. 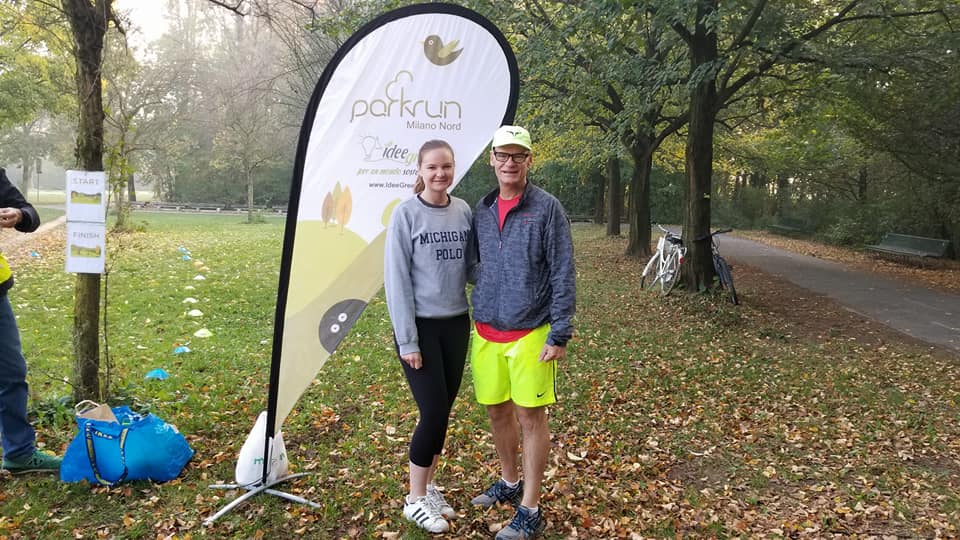 Warning: parkrun Tourists live among us!

Tourists communicate through secret handshakes, knowing glances and underground networks, meeting covertly under the cover of darkness to share the latest intel on upcoming inaugural parkruns in Siberia or southern Africa. 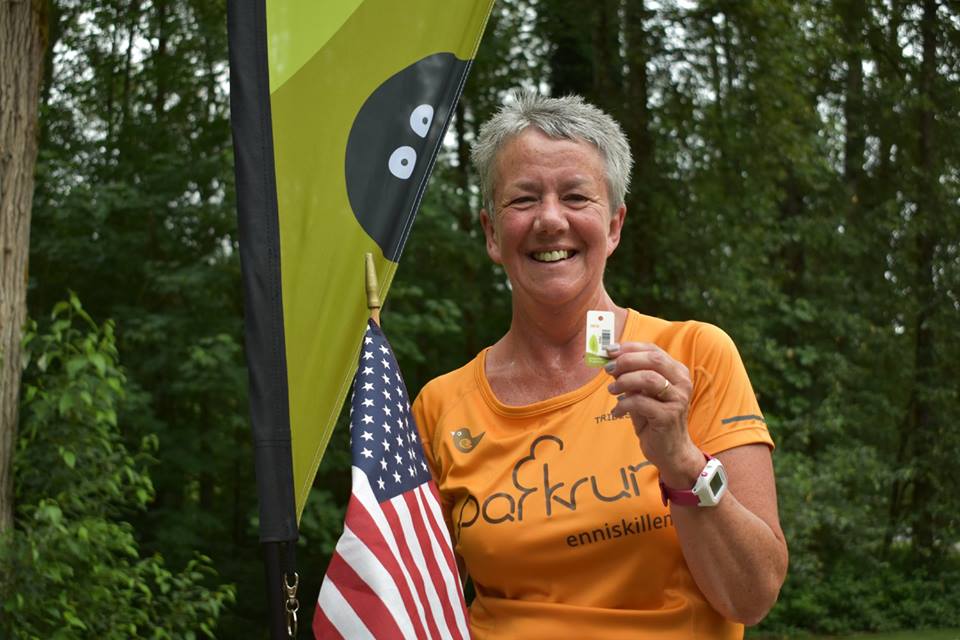 The Tourist can reel-off their top 10 NENDY (or “nearest event not done yet” for the rest of us) at the drop of a hat, recite the menu from the cafe they visited after parkrun in Poland three years ago, and is on first name terms with Event Directors across the globe.

Every parkrun Tourist has a spreadsheet saved on their desktop, meticulously planning and mapping out the next 27 years of parkrunning. One in every time zone? The Alphabet? No challenge is too great for the Tourist!

No, we’re not talking about a post-run snack of peanut butter, these parkrunners are perpetually chasing an invisible dangling carrot. While others on the course may be enjoying a leisurely run or walk, these individuals are hoping to dash over the finish line a few seconds faster than last time. 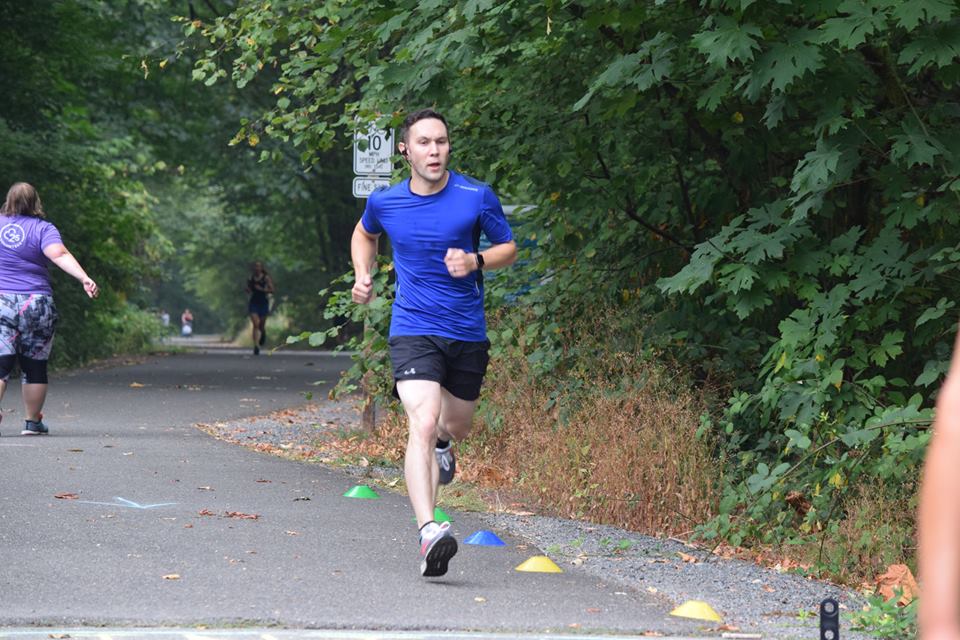 You nervously attended your first parkrun fearing you would finish last and everyone would be gone by the time you finally finished, but you immediately realized you had nothing to worry about, crossing the finish line in a glow of triumph!

Then you came back the next week and walked, jogged or ran a few seconds quicker. And then it happened again another week. And then a few weeks later you felt really great during your parkrun and achieved yet another.  It gets tougher once you’ve become a more seasoned runner, but that just makes them sweeter! 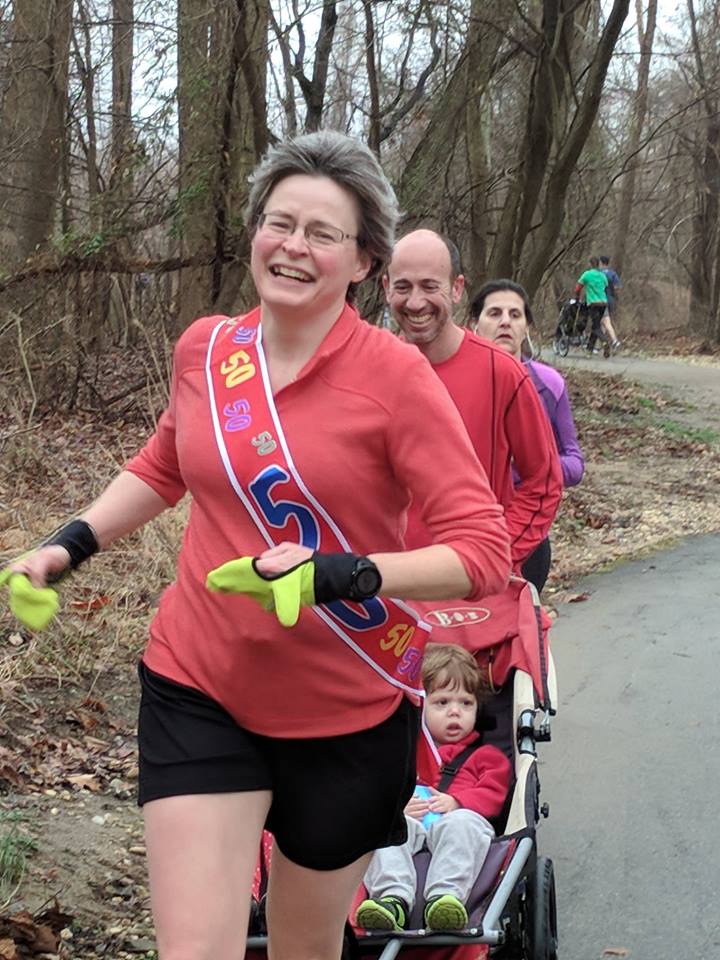 It doesn’t matter if there’s a tornado, heatwave, blizzard or impending apocalypse, the Milestone Monster IS getting their barcode scanned, and will not be deterred on their quest for the next milestone!

They have mastered all the ways of accumulating the numbers in the quickest way possible, from New Year’s Day doubles, pre-event setup or even the running and barcode scanning combo. 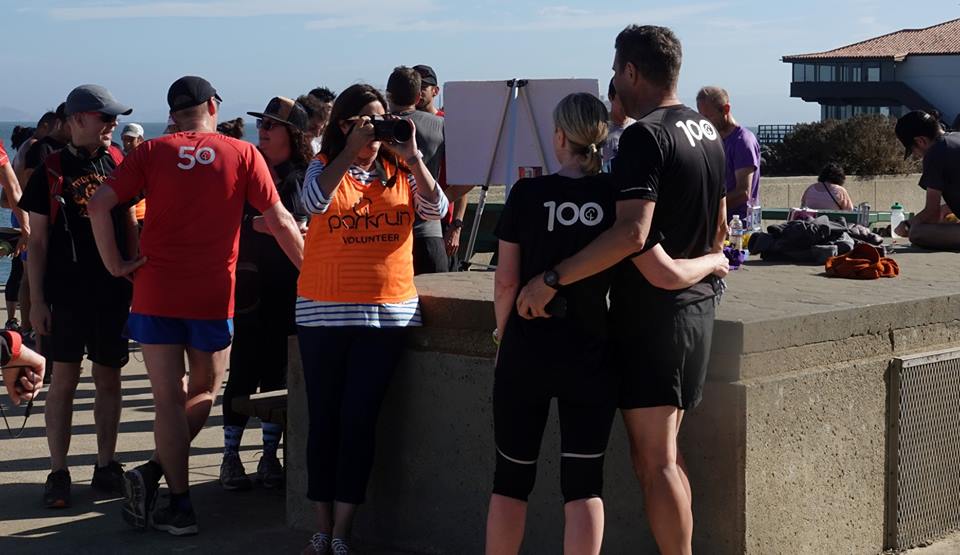 Weddings, holidays and Christmas are planned around proximity to parkruns, and come milestone day, expect to see capes, balloons, and confectionery at the finish line.

The phrase “sleeping late on Saturday morning” does not exist in the vocabulary of the Milestone Monster. 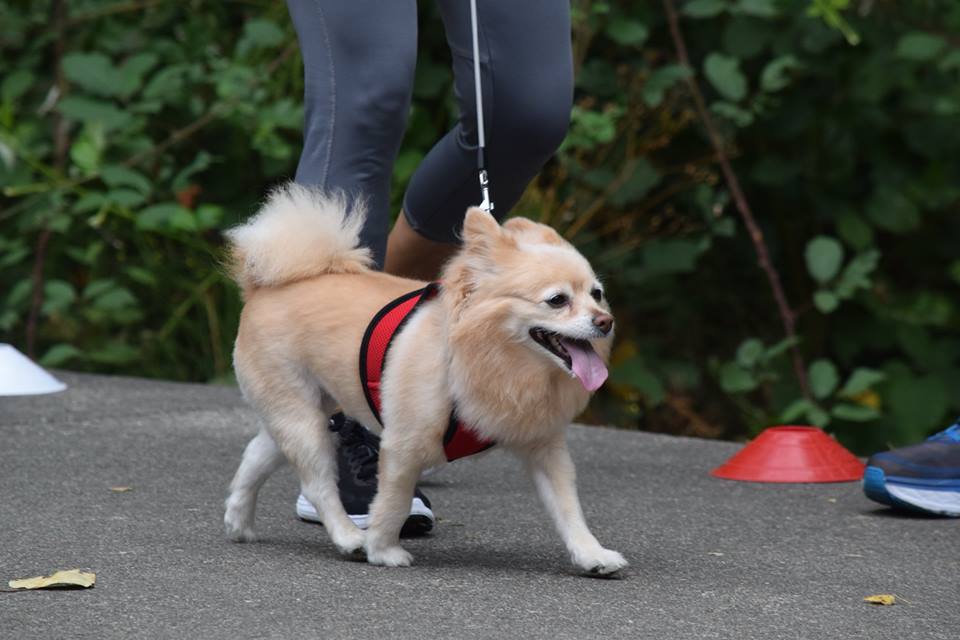 The barkrunners may also go by the name parkrun pooches, parkdogs, barkdogs (the list is endless), but we’re talking about our furry four-legged parkrunners.

They are mostly here for the treats and the cuddles, but they also love chasing birds, watering the bushes, having a good sniff, and of course, completing their weekly 5k. 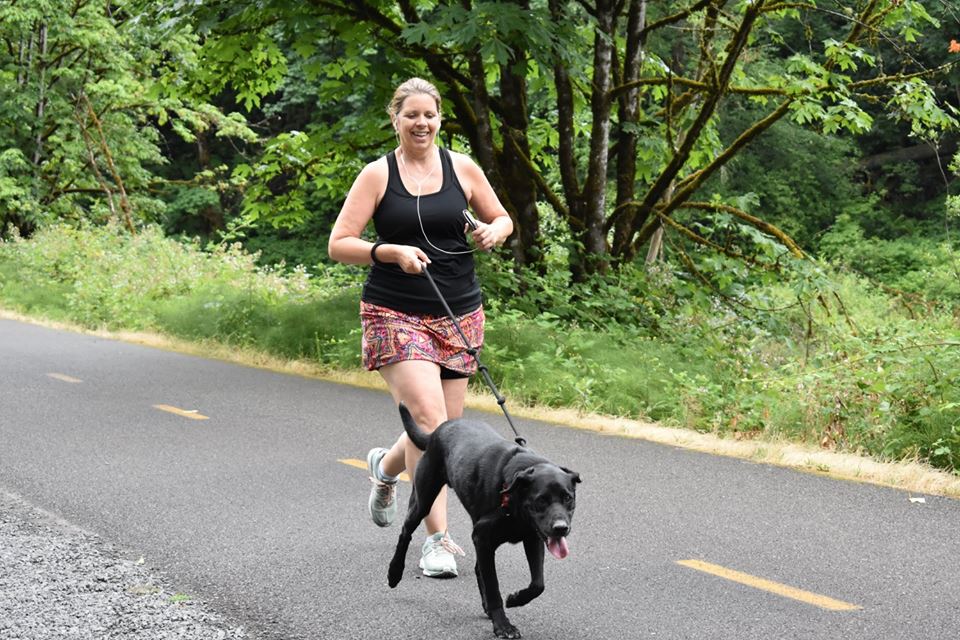 Often slowed down by their humans who for some strange reason choose to use two legs rather than four, barkrunners love parkrun and we love them too – especially when they are kept on a short lead and listen carefully to the pre-run briefing.

They are the most selfless of parkrunners, knowing they won’t receive a token, time or t-shirt for their efforts. But chances are people will commit their names to memory before the names of their owners! “Hey there Fido and… Fido’s Mom!” 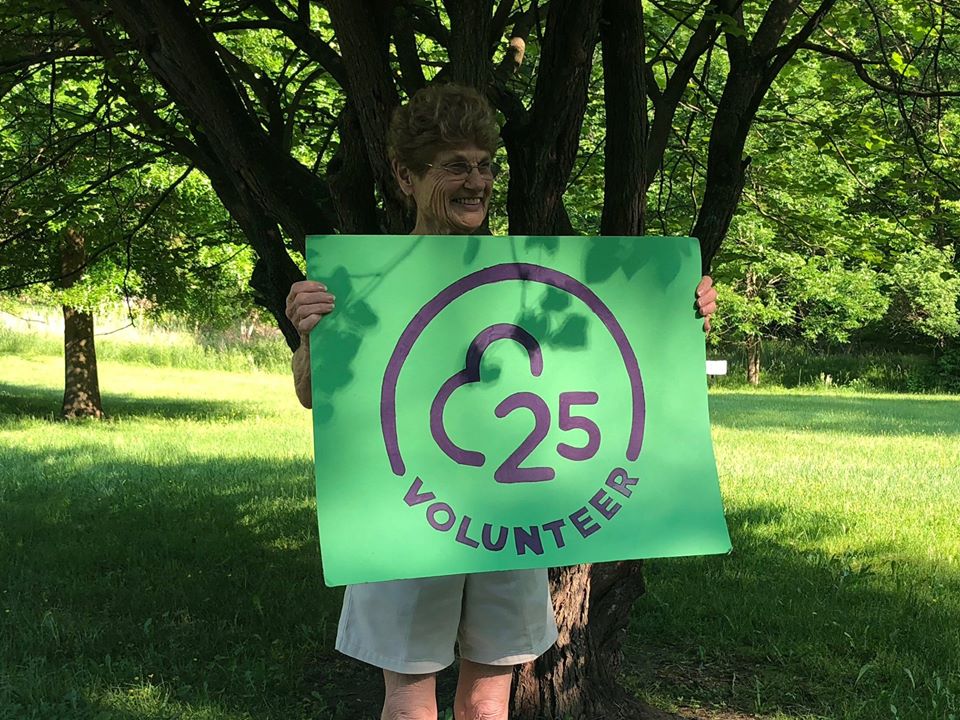 Volunteering superstars can be found throughout the parkrun universe, with almost 15,000 parkrun volunteers every week in the UK alone. But the Hi-Vis A-Listers are icons of their local community!

The Hi-Vis A-Lister is mobbed for selfies more than any Hollywood actor, yet they know every parkrunner by first name, have volunteered in every single possible role more times than anyone can remember, and invariably have part of the course named after them. 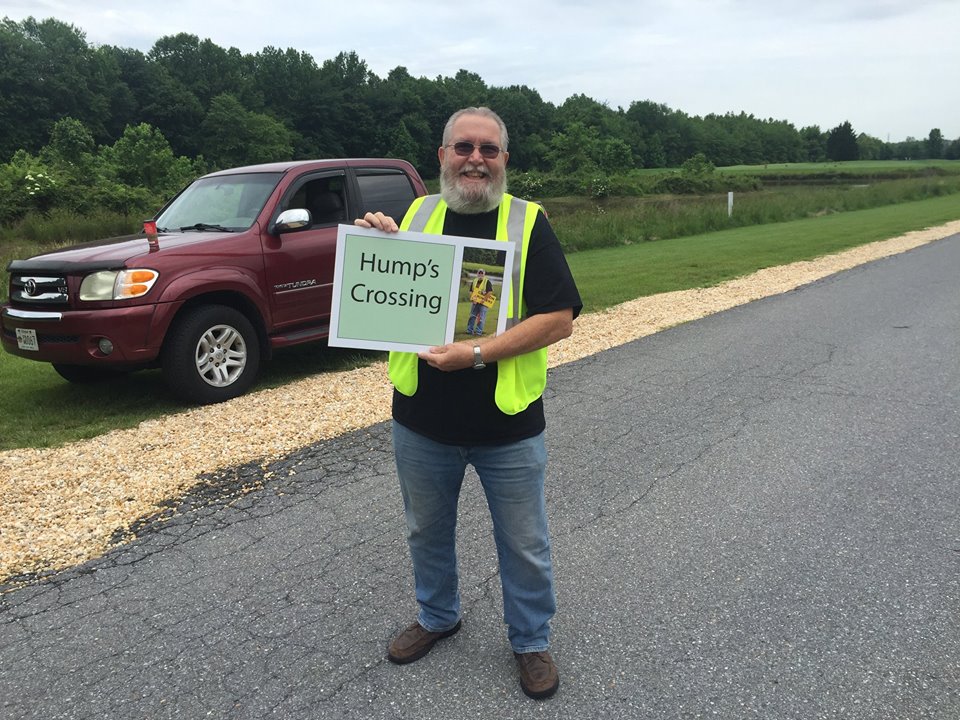 They prosper in sub-zero temperatures, thrive in torrential rain, and a “well done” from them means more than the highest of honors, and is officially priceless. Hi-Vis A-Listers, we salute you! 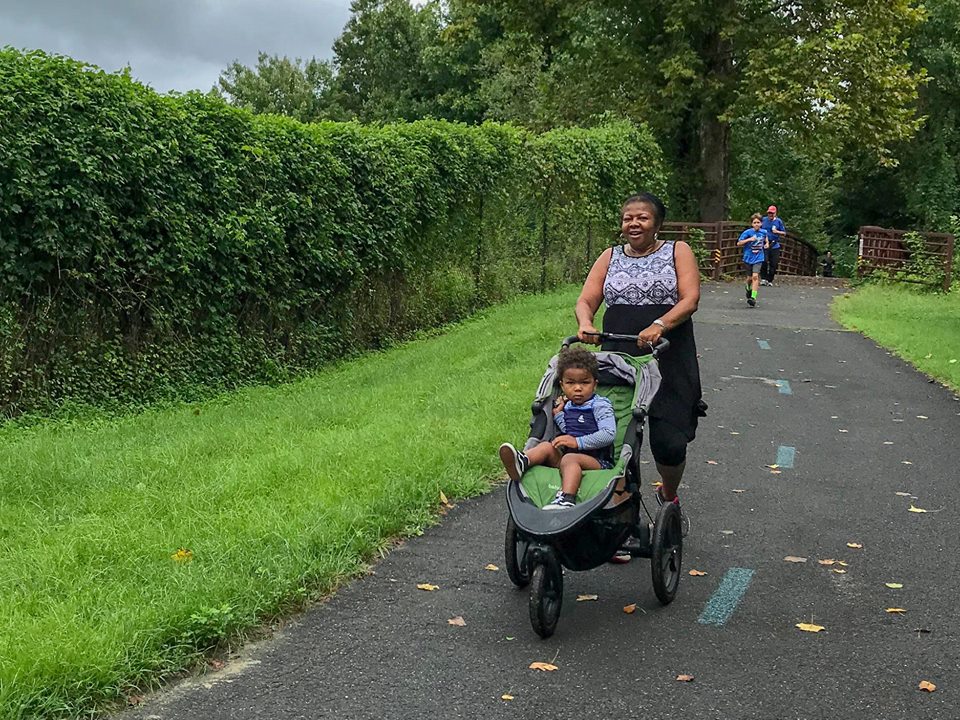 Without doubt the toughest cookies on our list, for the Stroller Pushers, making it to parkrun has involved military precision, waking up at 05:00 hours following weeks of meticulous planning.

Stroller Pushers are highly proficient in the art of pushing their sons and daughters up muddy hills, battling the elements while entertaining their young ones, and are often seen swapping pushing duties with their spouse mid-course. 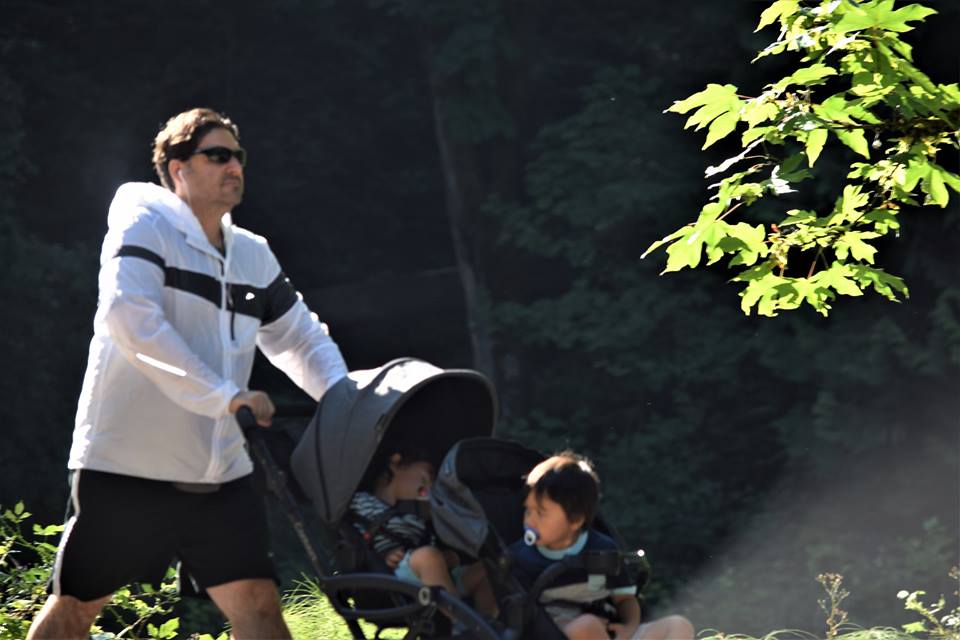 You think walking, jogging or running your weekly 5k is tough? For the Stroller Pusher, they eat parkrun for breakfast. Well actually they probably haven’t had time for breakfast…

You’ve seen the unmistakable look of sheer determination on their faces at the start line, and maybe you overheard them sharing their strategy with the friend they brought along for support. They WILL complete the full 5K (whether running, walking, or a combination of both) today or someday. 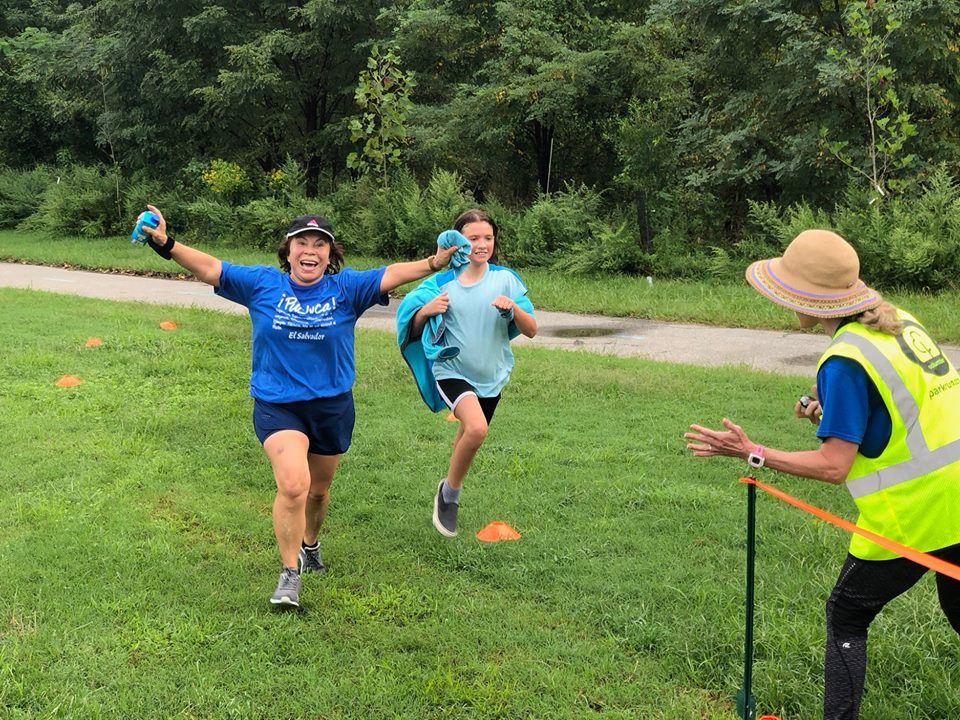 These are the parkrunners who are working up to the full distance, whether they’re new to fitness, recovering from injury or overcoming an emotional obstacle that life has thrown their way. parkrun has provided a supportive, welcoming environment and they’ve discovered how perfectly they belong. 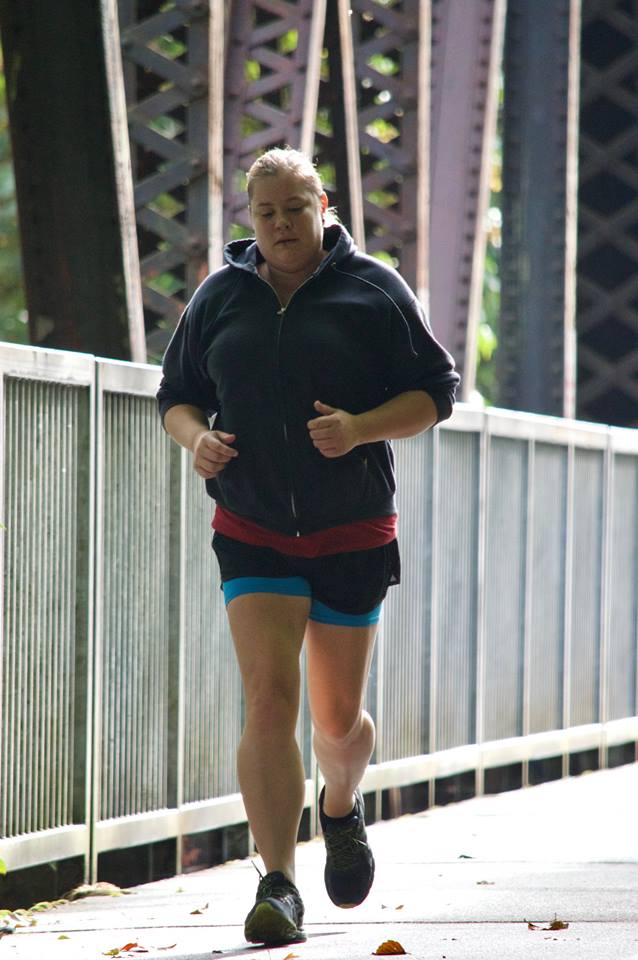 “I’ll be back,” they say, and we have no doubt they will until they reach their goal and then for many Saturdays beyond.

Their repertoire includes phrases such as “keep up the great work,” “nice job” and “well done”. They always have a high-five or a fist bump at the ready and they’ve been known to indiscriminately cheer on non-parkrun trail users who also happen to be out for some exercise on a Saturday morning. 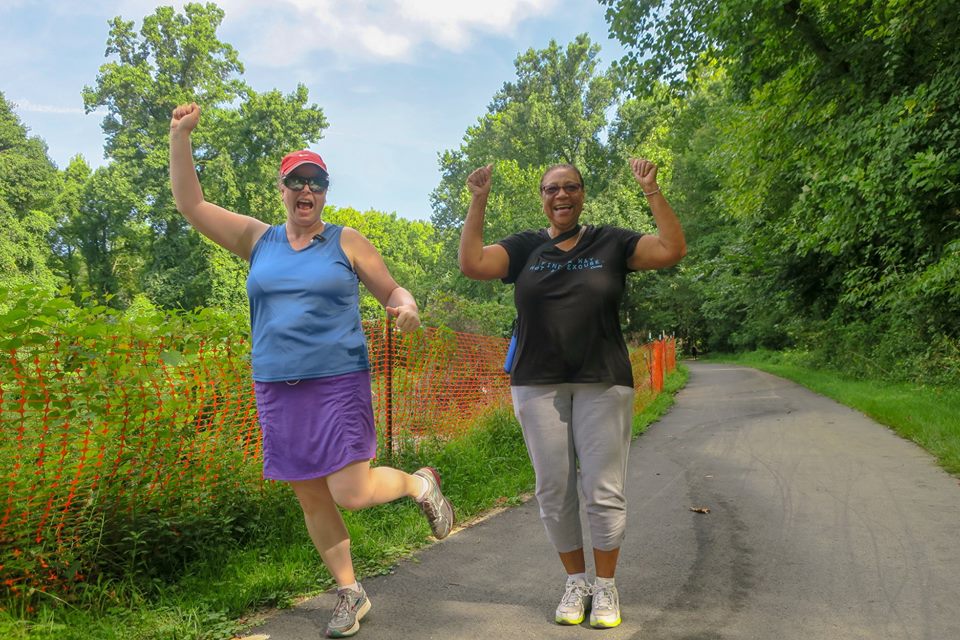 They redirect energy from their own running or walking to address each and every fellow parkrunner on the course and will pause to say hello to passing inquisitive barkrunners and give them some encouragement, too. 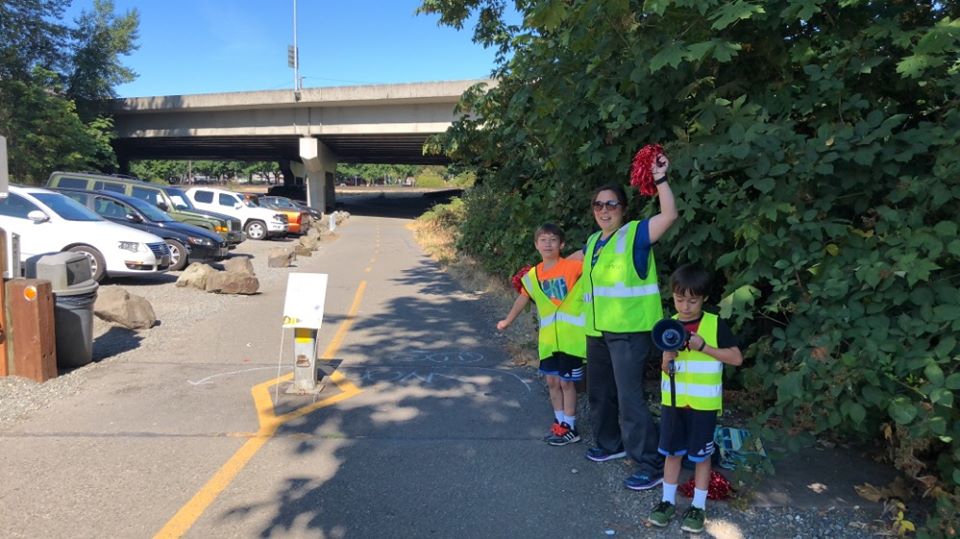 When they’re done, they congratulate the others who’ve finished before them on a job well done and then lead the cheer squad for those who finish after them. 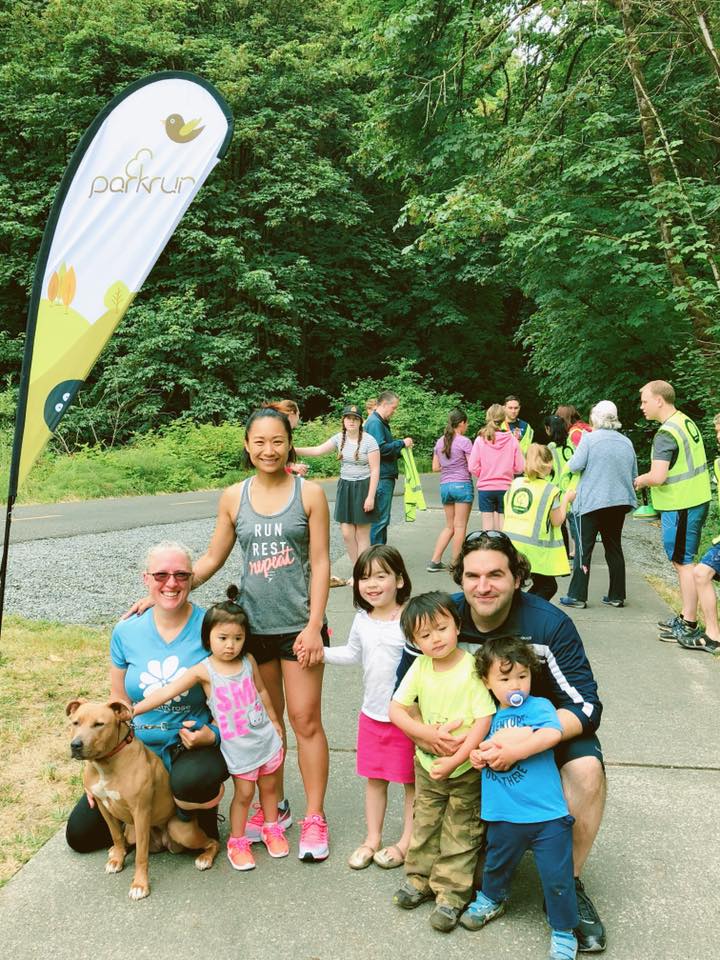 Our final parkrunners cannot be pinned down, they float elegantly among parkrunners across the US.

They dabble in tourism, they volunteer regularly, they are partial to crunching the numbers, they’ve been known to PB and push a stroller every now and then. And of course, they’re proud owners of a milestone t-shirt or on their way to earning one. 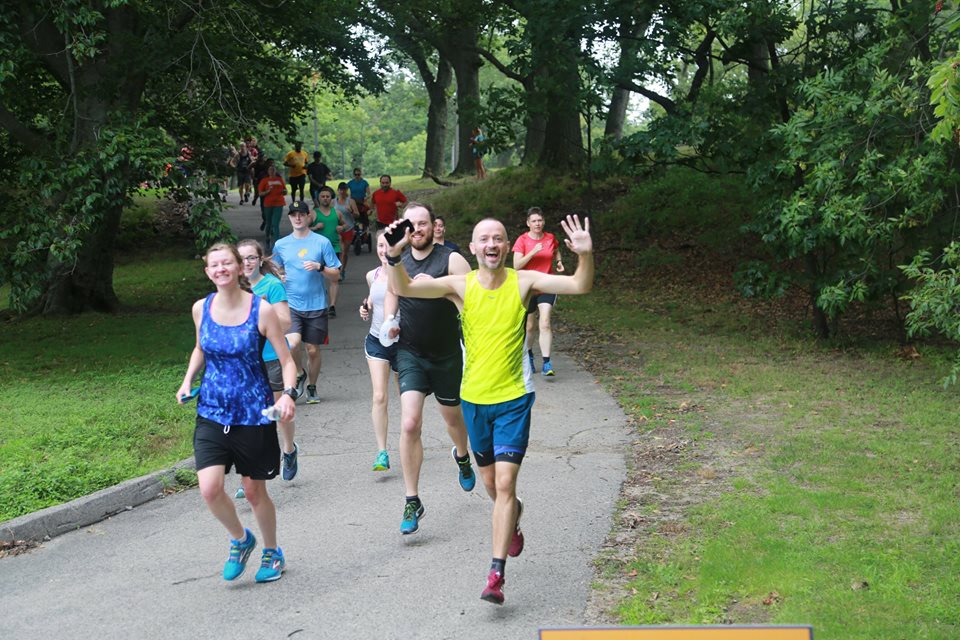 For the social butterfly, Saturday mornings are the time they spread their wings, mingle and flourish, and if they’ve really networked, they might even get the coveted role of token sorting over coffee in the cafe!

The truth is, these are just a selection of the amazing and diverse groups of people around the world who call themselves parkrunners.

More than 1,000 people walk, jog, run and volunteer at parkrun in the US every week. Whether you love your stats, collecting tourist stops, PBs or parkrunning with your pooch, we would love to see you at parkrun soon.

Remember, everyone is welcome at parkrun – nobody finishes last. Find your nearest parkrun here.