No one has run 1000 parkruns yet. A few people are working hard toward this goal, but it still isn’t technically possible, as the oldest parkrun, at Bushy Park, London, has only taken place 752 times. Yet here in the US, a parkrunner recently achieved a different, but no less inspiring, 1000th run: Tim Ramsey, a stalwart at Fletcher’s Cove parkrun in Washington, DC, completed his 1000th race – or should we say run – in August 2018, just months after undergoing double bypass heart surgery, battling weight issues and diabetes.

Tim’s race streak began in 2002, when he came across a local group of runners called the 50+ Club: an informal group of prolific runners that race at least 50 times a year. He began to run frequently, enjoying everything about it: the competition, the positive changes to his health, and the people he met. Tim says, “all in all, the best people I’ve ever met are runners. They tend to be very friendly and supportive”.

Tim’s relationship with running began in grade school, where he saw himself as an uncoordinated, sickly and skinny kid that always got picked last for athletic teams. But the one thing he excelled at was running. By high school he was beating guys on the track team in the half mile run during gym class. Yet as he got older, running largely dropped off his radar. He got heavier and less active, and in the mid-90s he ended up in the cardiac unit of a hospital with an erratic heartbeat. In his 30s, surrounded by men decades older, he wondered: “How did this happen?”. He began to take walks in the neighborhood and would be exhausted after 20 minutes. After marrying and moving to the D.C. area, he began to mix in some running with the walking and decided to run the Marine Corps Marathon.

That’s right … I went straight to marathons before even trying a 5K. I really didn’t know what I was doing, and I failed miserably on my first attempt … and my second and third! My wife Dori met me at the halfway point and pulled me off the course with no resistance from me. I was a slow learner and tried a couple more marathons before stepping back to the half marathon distance. My first race completed was the 2001 Virginia Beach Rock and Roll Half Marathon.

(Editor note: We are opening an exception, given the magnitude of his achievement, and not nitpicking about parkrun being a run, not a race. If Tim wants it to be a race, it is for him!) 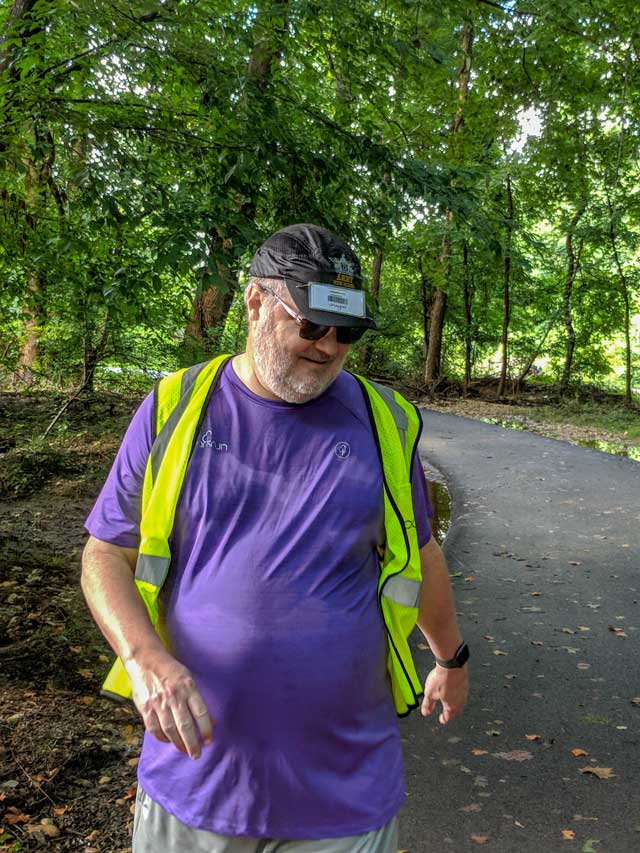 With his ongoing streak, Tim had become adept at researching the local race scene. Browsing online in 2016, he came across a run in DC called parkrun: it was close to where he lived, it started at a reasonable 9am and it was free. He read more and learned that it was the inaugural run in Wahington DC, but that parkruns were widespread in Europe. He’s been parkrunning ever since, with 83 runs and 50 volunteer roles to date.

I LOVE parkrun! I love the cost, the start time, and the nearness to my home. But more than that, I love the people. They have become like family. I also love how every Saturday you know there is a 5k waiting for you, and what you do with that 5k is up to you: you can go for your PR or you can walk it and chat with a friend. I have gotten pretty slow, particularly after my heart surgery. At some local races I have felt pressure to go faster than I like, so that people can pack up and go home. That’s not the case with parkrun. They wait for the last finisher to come in and greet you with a smile and a cheer as well.

In March, Tim underwent double bypass surgery. Through his detailed record keeping, Tim had noticed that his times were getting slower and slower. That was particularly noticeable at parkruns, as they were always the same course. It bothered him as a competitor but also concerned him as he knew his training hadn’t changed, so he went to his cardiologist, who found a 90% and an 80% blockage. “In a way, my running at Fletcher’s Cove may have helped save my life!”, says Tim, who, only weeks after surgery, was back at parkrun.

As you can imagine, I was going a little crazy during my recovery. The first day I was released I drove to parkrun to volunteer. I had to take it easy for the first month, so I tried my hand at the different finish line jobs. My favorite is timekeeper. When I was able to actively participate again I began to regularly volunteer as tail walker. I had done it before surgery but since I knew I would be in the back anyway I might as well help out while getting my workout. I enjoy the “double dip” volunteer roles (tail walker and turnaround marshal) that allow you to do the 5K while also volunteering.

Tim emphasizes that the most important thing any of us can do for our health is to exercise regularly, and parkrun provides an environment for just that. No judgment, but we are seriously impressed! 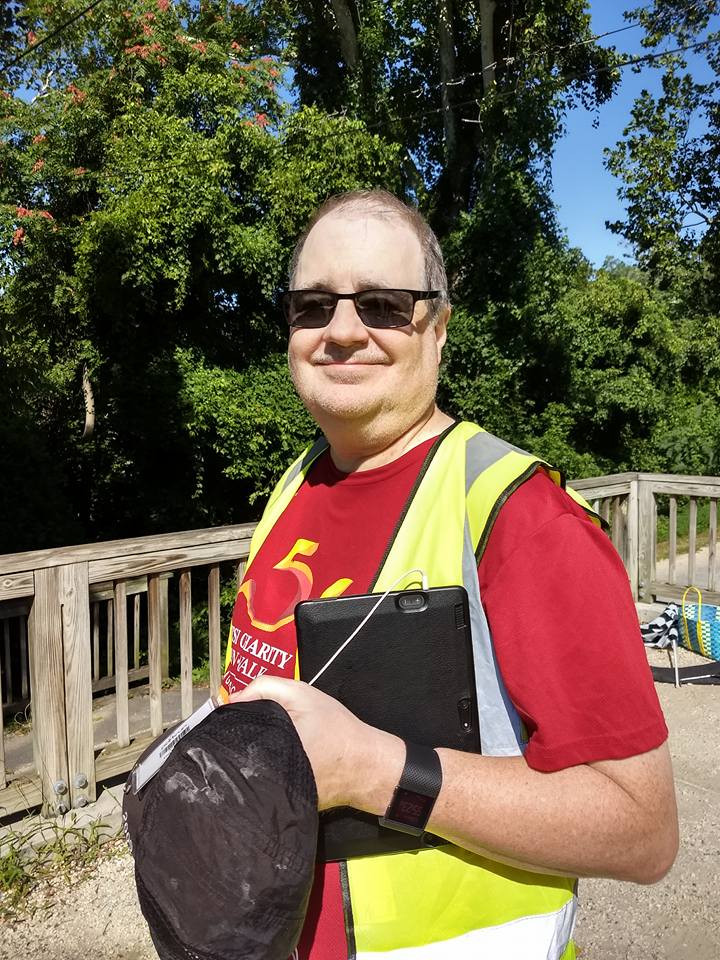