Every week we have so many things to celebrate at parkrun events across the US. It’s rarely who finished first. It’s sometimes the person who finished last, because we love our tailwalkers. It’s mostly folks in between whose stories of personal progress or supporting their community inspire us every weekend. Here are some of our favorite stories from this week’s parkruns. 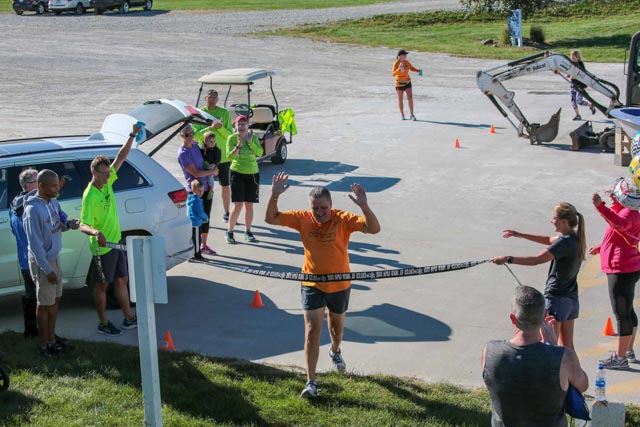 Jeffrey Gerald became the first parkrunner at Heritage Harbor Ottawa parkrun to reach the 50 parkrun milestone. Definitely a cause for celebration. 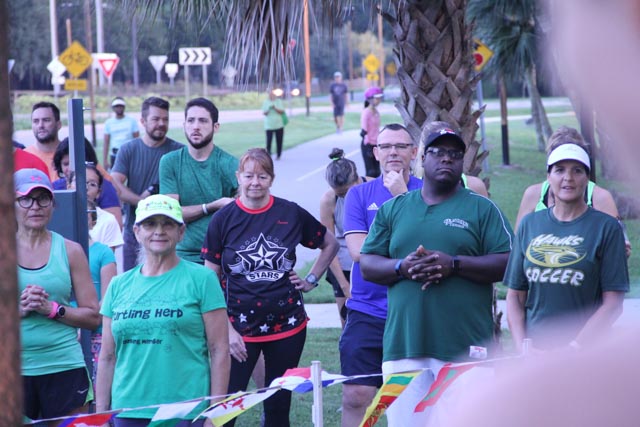 Why all the green shirts this week at Clermont parkrun? Earth Day? Laundry day?

No, it was their 250th event, so parkrunners dressed in the color of the 250-run parkrun milestone shirt. 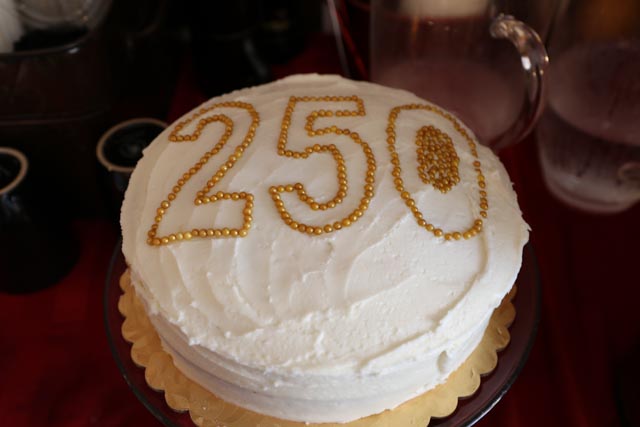 Oh, and there was cake, too. Not only has the wonderful Cheeser’s Palace welcomed thousands of parkrunners for a post-parkrun breakfast over the past five years, but they lovingly designed this cake for the celebration. 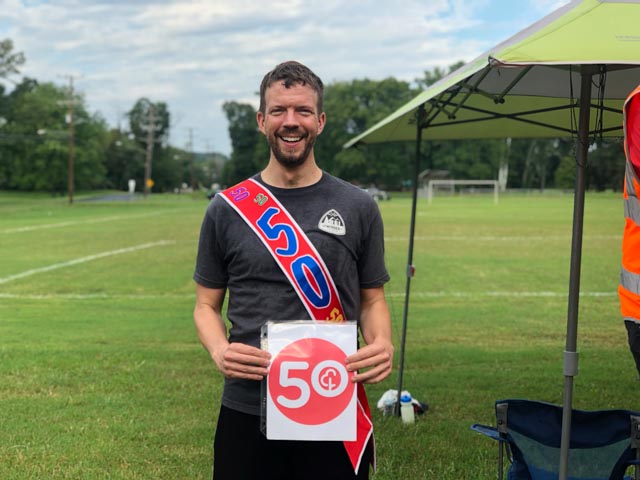 “In my second term as mayor, I will join the parkrun 50 club.”

Some politicians inside the Beltway keep their campaign pledges. 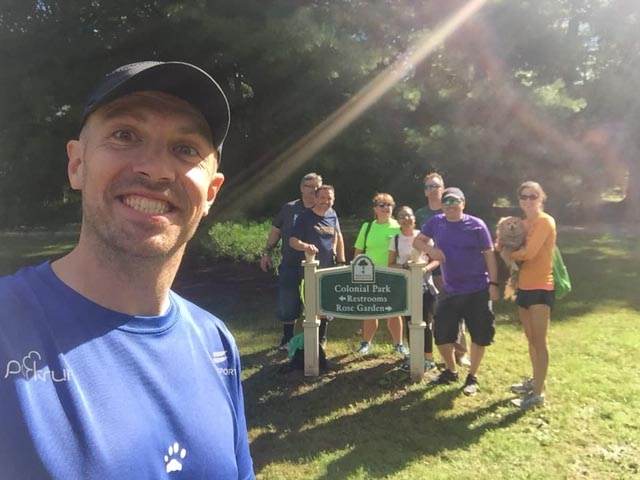 Ooh, a blue parkrun 500 shirt was spotted atDelaware and Raritan Canal parkrun. We were basically just trying to play it cool, but it’s one of only 28 in the entire world! The D&RC crew were excited to share their new baby with Danny Norman. And there might just be a parkrun USA feature coming soon on the new “With Me Now” parkrun podcast. 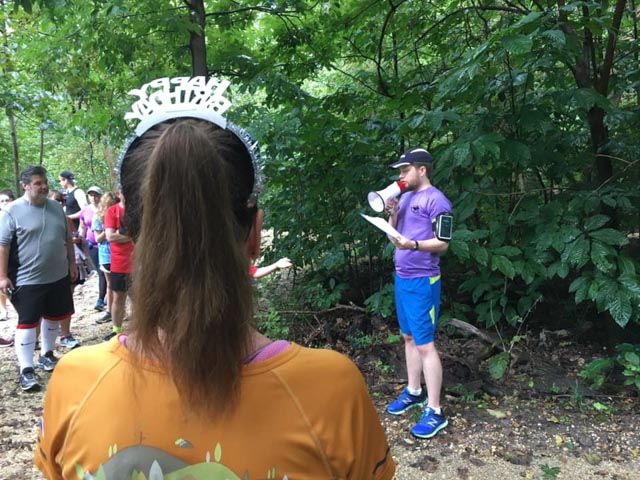 Sometimes we celebrate birthdays, too, like they did at Roosevelt Island parkrun this week. We don’t pull out the birthday tiara for just any parkrun tourist. But if, like Carol, you read these roundups every week from afar, welcome visiting American tourists to your parkrun with open arms, and then cross the ocean to join us for your birthday, celebrations definitely are in order. 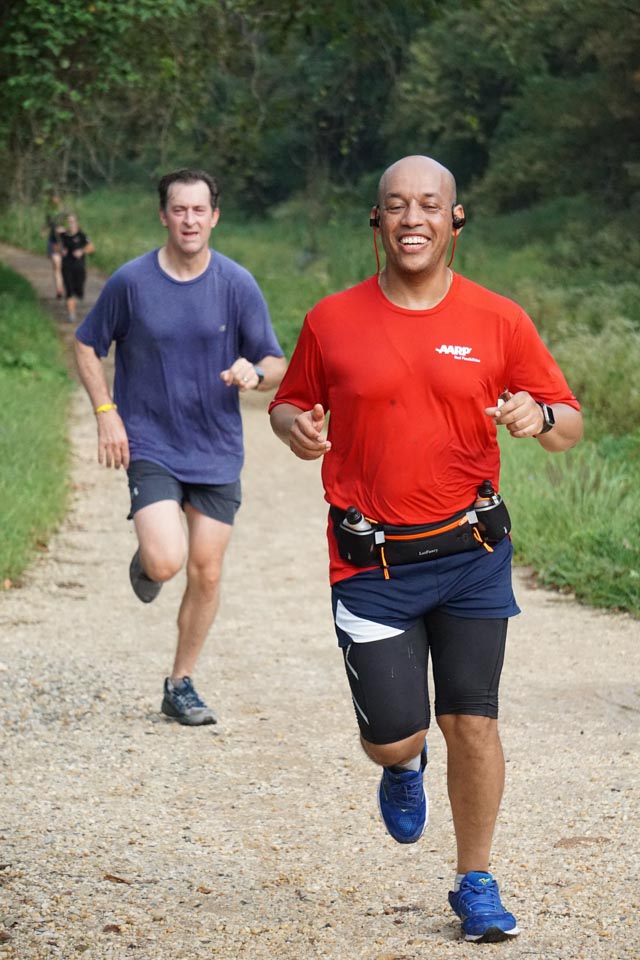 A couple of miles down the river at Fletcher’s Cove parkrun, Tsegaab was continuing his tour of DC-area parkruns. 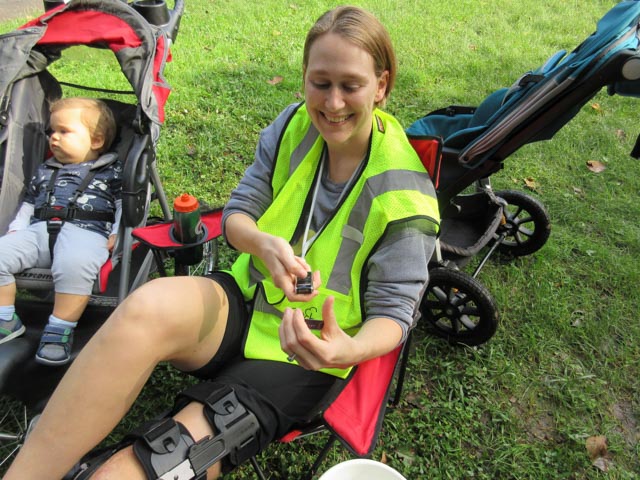 At Kensington parkrun they were thrilled to welcome back Stephanie and family. After a recent surgery it’s going to be a while before she’s setting PBs again. Walking the 5k will be a big milestone. But this week’s milestone was simply joining her parkrun friends and volunteering as the barcode scanner. 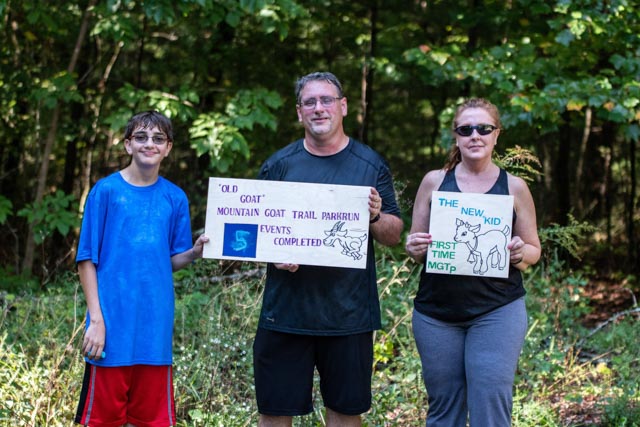 We love these new signs at Mountain Goat Trail parkrun. Father-son duo Ethan and Eddie are fast becoming regulars. This week they were joined by their friend Kathie. 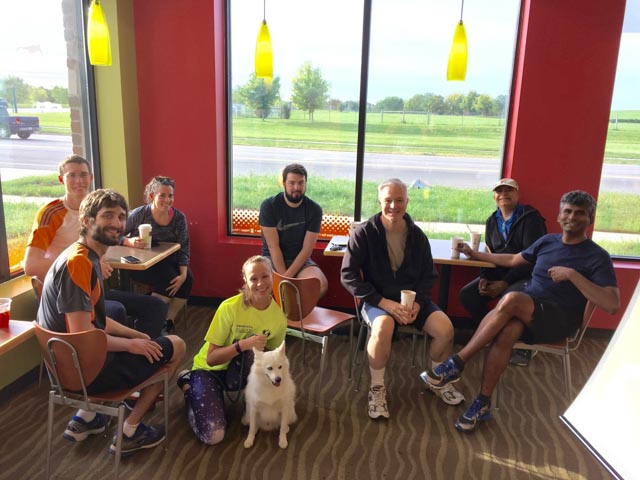 One thing we love as much as new parkrunners is new parkruns. Our 25th event starts in just a few days in Gainesville, FL. And these folks are excited to share news with you about our 26th event, very soon. Including the fact that their coffee shop welcomes barkrunners! 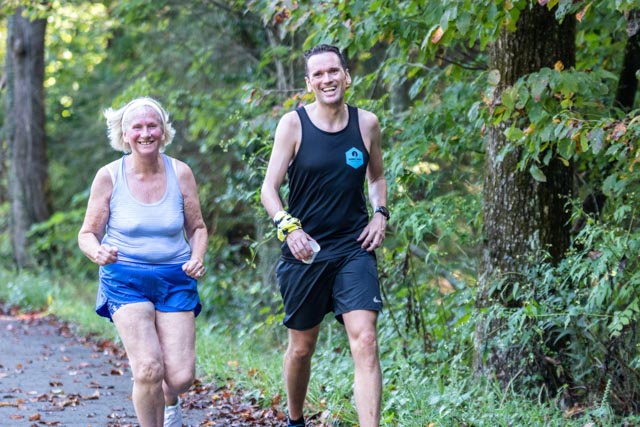 Rich, this week’s first finisher at Mountain Goat Trail parkrun, visited with his mom Annie, as part of a US tour ahead of the upcoming Chicago Marathon. Rich is a member of the Lonely Goat Running Club. Some things are just meant to be. 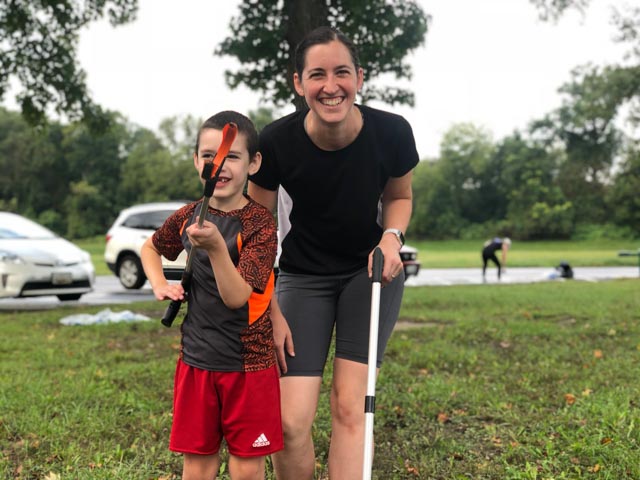 At College Park parkrun a crew of parkrunners arrived early to clean up the park. The parks department provided a stack of fun grabbers. 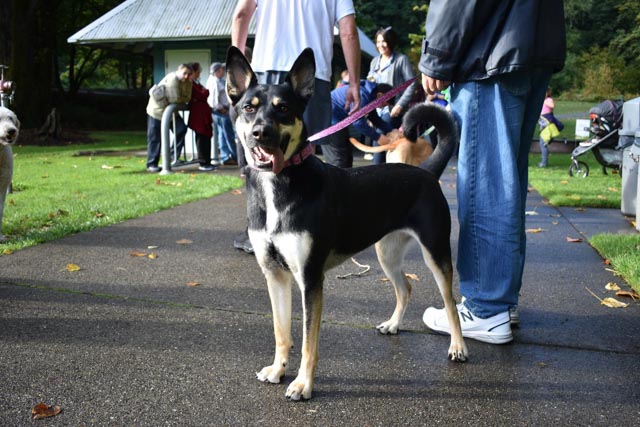 There were lots of barkrunners this week at Renton parkrun, where they partnered with the City of Renton to put on a Bark in the Park 5k run/walk. You just know these guys want to come back again for more next week. 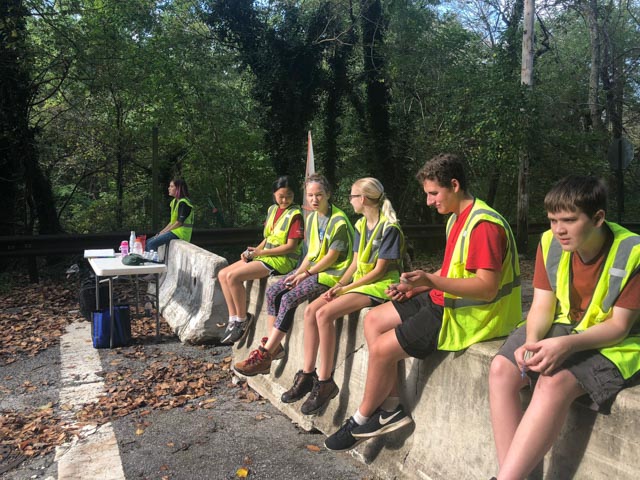 The Venture Scouts camped out in Patapsco State Park before volunteering at Leakin Park parkrun. Afterwards, they worked to clean up the Gwynns Falls Park. What a fantastic group of young men and women. 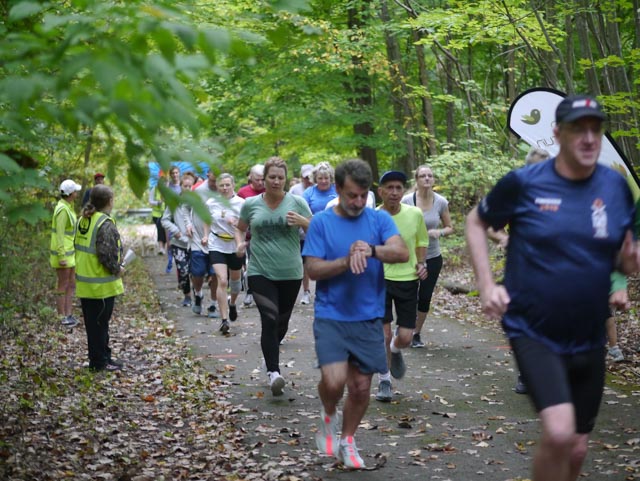 In some parts of the country parkrunners were enjoying the first signs of fall weather. At Mansfield OH parkrun, that means that it’s PB season. More than 25% of their parkrun field set a new personal best time this weekend. 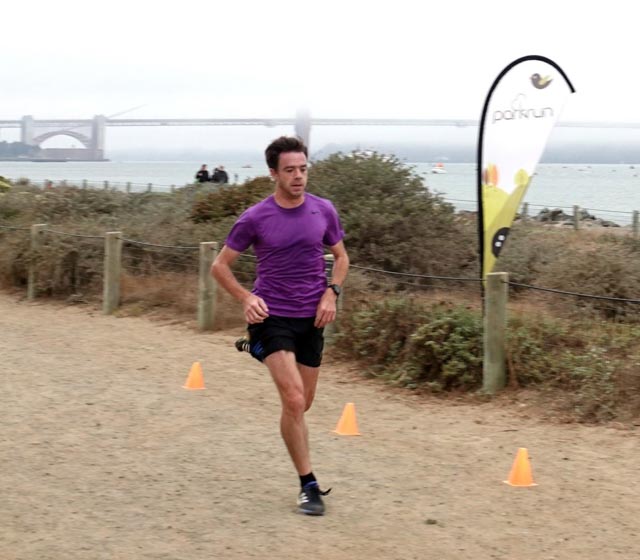 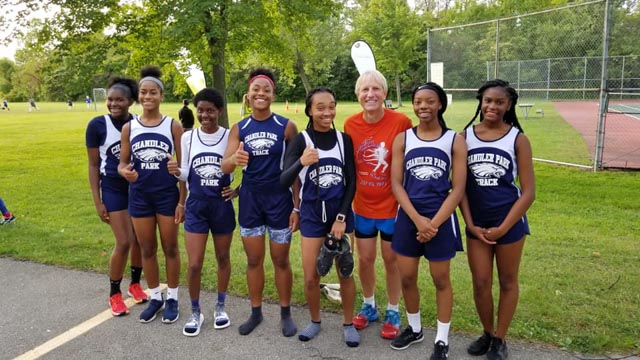 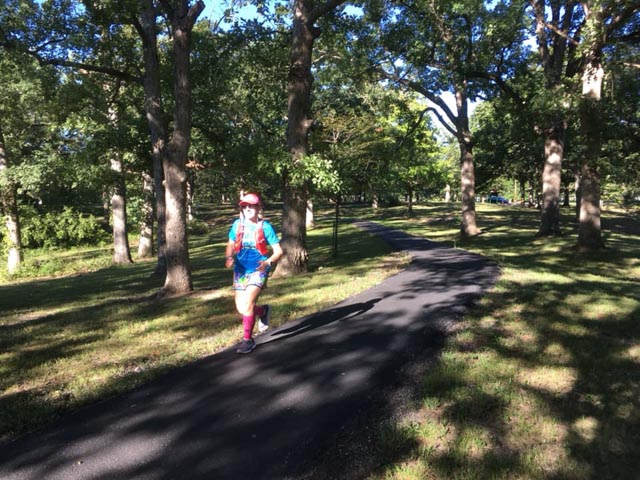 With the best running weather of the year starting, it’s a great time to check out your local parkrun, as first-timer Ann discovered at Moberly parkrun. 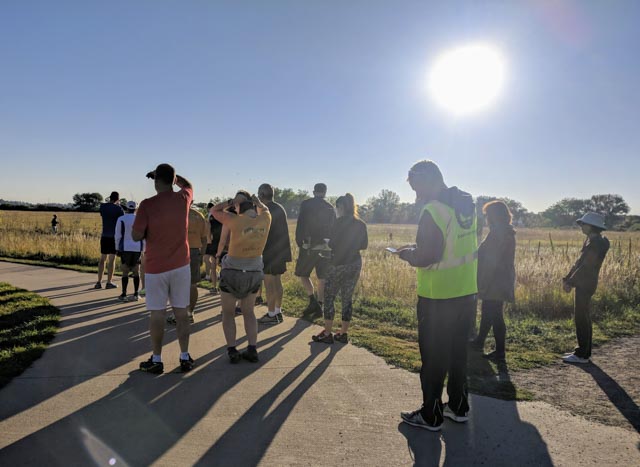 The start of Fall means longer shadows at the start of South Boulder Creek parkrun. 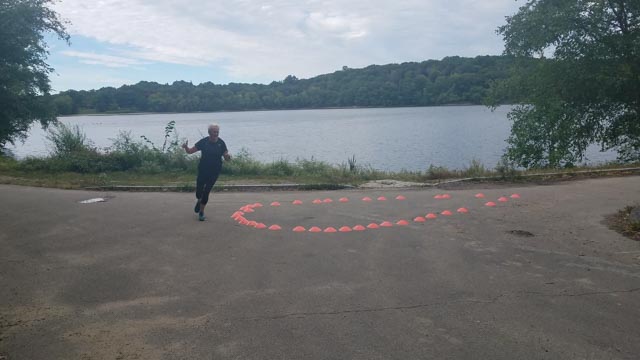 We love this view of the turnaround at Jamaica Pond parkrun. But we bet the view will be even more amazing in a couple of weeks, once the leaves start to turn. 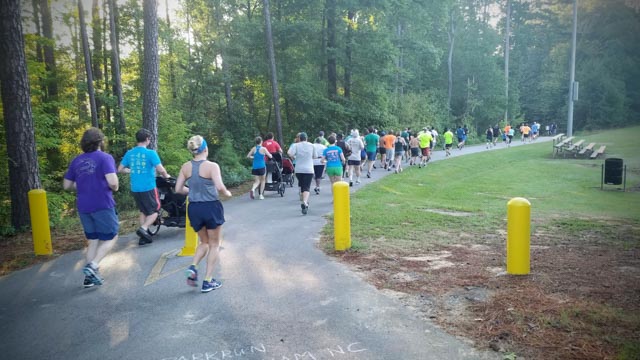 After last week’s terrible flooding in North Carolina, the parks department worked wonders to get the trail ready for Durham, NC parkrun, where they saw one of their largest-ever turnouts. 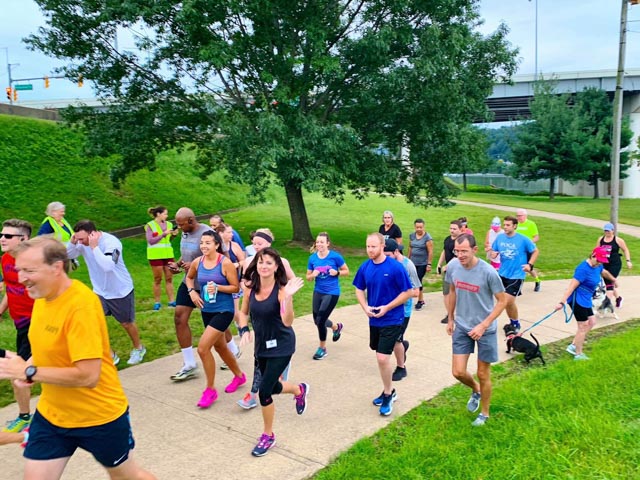 There’s always beautiful weather at Charleston WV parkrun, where the crowd is ready for action. 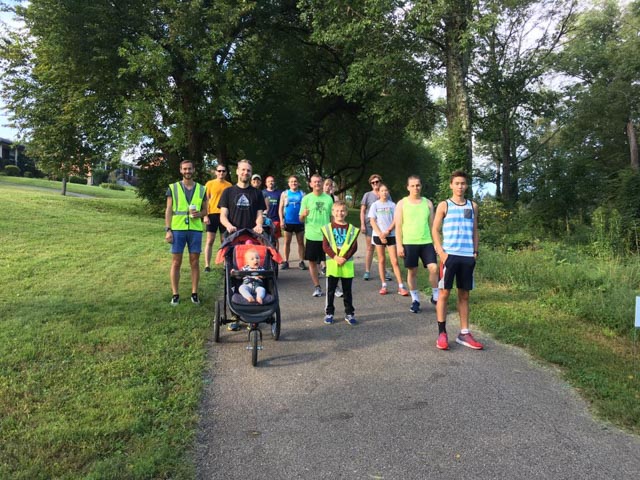 There must have been magic in the air at Joe Creason parkrun this week, where half of the parkrunners set new PB times. 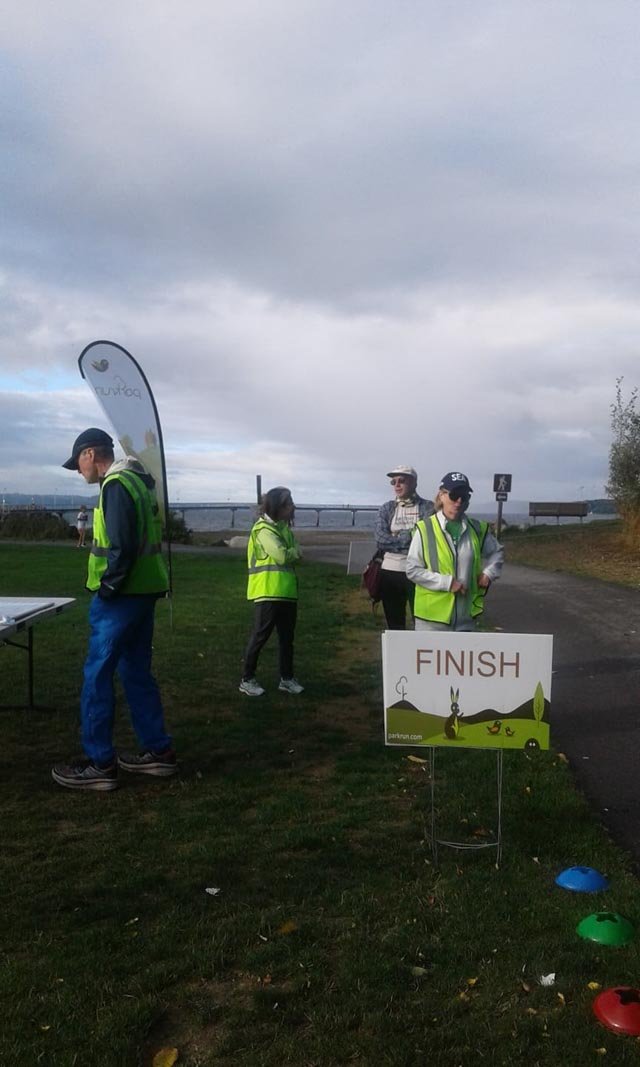 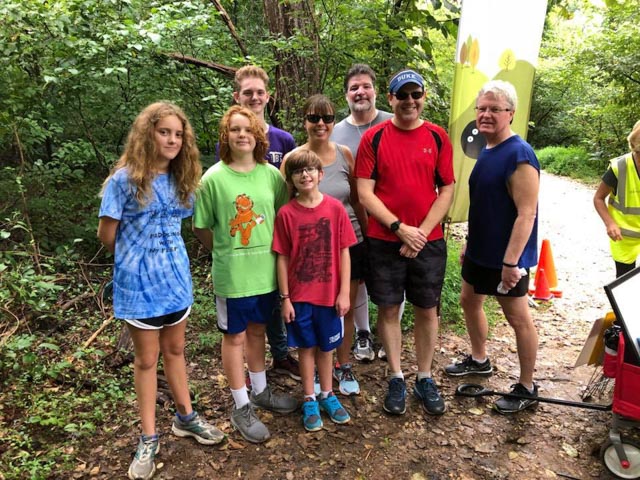 With Deep Run parkrun canceled due to a competing event in the park, a crew of DR parkrunners took a field trip from Richmond to DC to visit Roosevelt Island parkrun. It’s their next-closest parkrun, even if it’s a hundred mile drive! 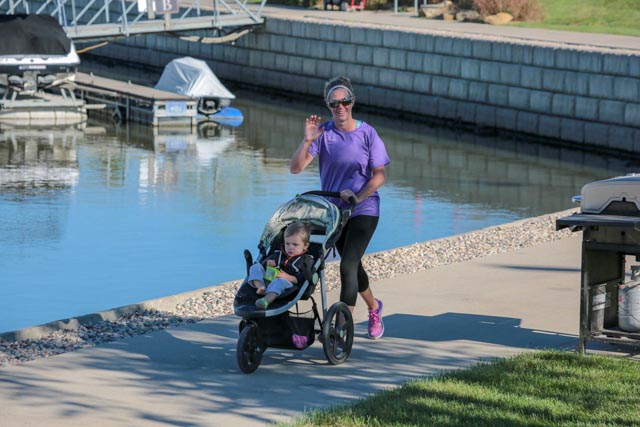