From world records to walkers

What connects the USA, a world record holding ultramarathoner, and Nelson Mandela? The answer is parkrun, of course. Our special guest at parkrun USA last weekend made his name for being very fast, over very long distances. But nowadays he’s especially proud of overseeing the world’s slowest parkruns.

Everyone knows who Nelson Mandela is. And everyone in South Africa and the global ultra marathon community know the name Bruce Fordyce. Bruce is the nine time winner of the iconic Comrades Marathon, South Africa’s hilly 89 km race that is the world’s largest ultra. Most people can’t complete a Comrades, thanks to Bruce and parkrun SA, last weekend over 44,000 South Africans walked and/or ran a 5K at one of 159 parkruns across the country. That’s right: seven years ago Bruce and his wife Gill started parkrun in South Africa. 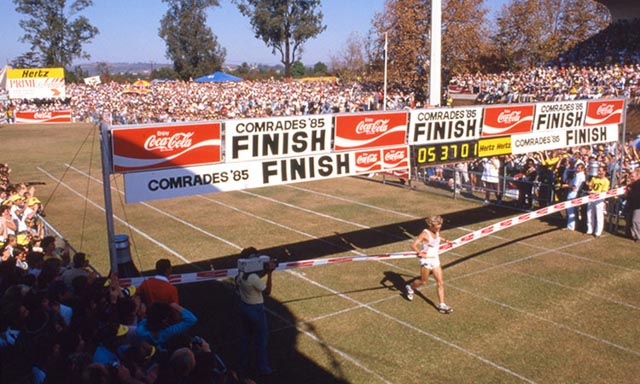 But last Saturday parkrun USA and the South African Embassy borrowed Bruce to join us at Fletcher’s Cove parkrun to help celebrate Nelson Mandela’s Centenary, the 100 year anniversary of his birth. And, in true parkrun fashion, it came about through the grassroots efforts of a diverse group of volunteers.

Like parkrun, Comrades uses volunteer ‘ambassadors’ to help publicize and educate people about the race. Spencer Farrar, an American Marine and local Comrades ambassador, came up with the idea of a parkrun “Mandela Centenary 5K run-walk with Bruce Fordyce” and, with the help of another Comrades ambassador Mark Bloomfield, convinced the South African Embassy that it was a good idea. Andres Falconer, Fletcher’s Cove Event Director, immediately understood that this idea could be very cool and, thanks to a lot of hard work, it was! 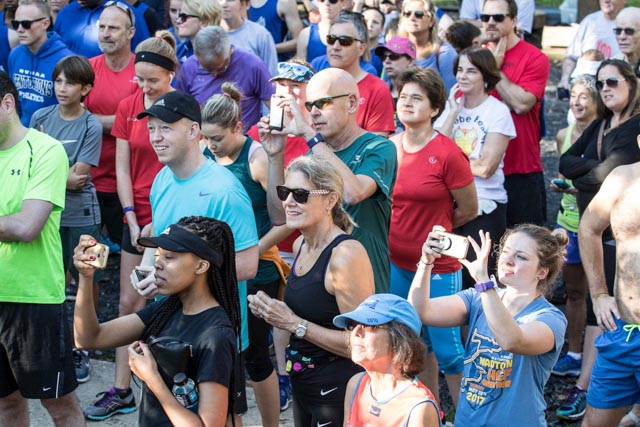 South African Ambassador to the United States Mninwa Mahlangu welcomed the crowd of over 200 parkrunners and volunteers, announced the start, and with his wife stayed to enjoy a delicious traditional South African braai put on by the embassy team. Bruce gave an encouraging “Hello from South Africa” speech in which he noted that the start of parkrun USA’s 25th event in Gainesville reminded him of how five years ago parkrun was just taking off in South Africa. 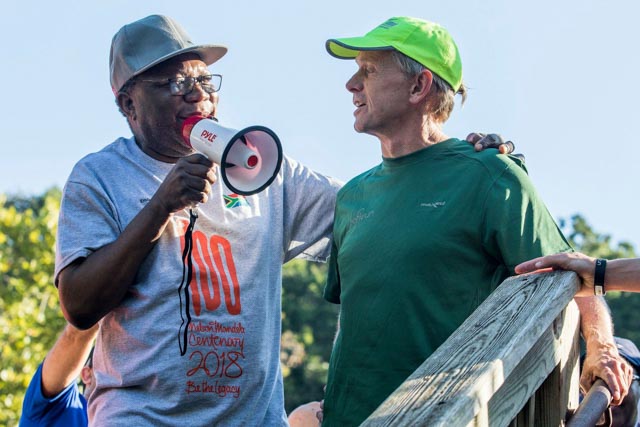 And with that 98 first timers were off to experience for themselves the international community spirit of parkrun, part of a record crowd of 167 finishers. This included young speedsters from two high school cross country teams. One of them, The Centurions, is a home school team that traveled 30 miles from their home park in Manassas, VA to give parkrun a try. 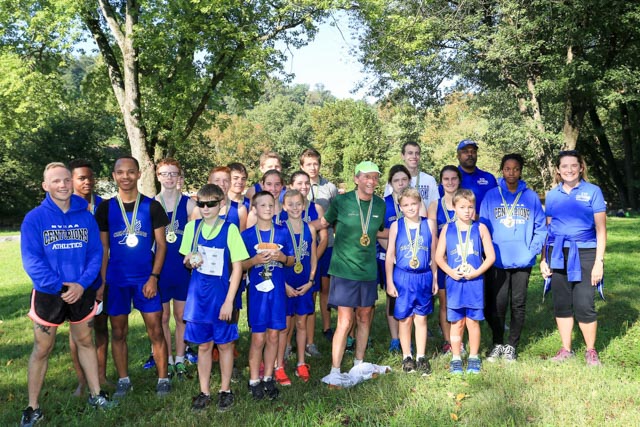 All of this came off wonderfully in the face of having the majority of the parking closed due to flooding and the regular course occupied by a half marathon.

After parkrun and the braai Bruce joined us for the traditional post-parkrun post-braai coffee. And there he revealed the mysteries of parkrun in South Africa. 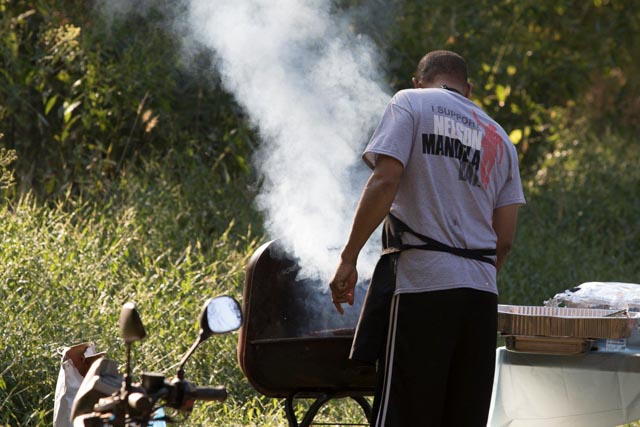 On Saturday Bruce was not the only one wearing a green ’250 Club’ shirt. Also joining us for coffee was Peter Fordham, who flew over from London to do his 352nd parkrun, staying well ahead of Bruce’s #331.

And that is to be expected since Peter is the person who brought Bruce to his first ever parkrun, at Bushy Park in April 2011. parkrun founder Paul Sinton-Hewitt has been a member of Bruce’s support team during one of Bruce’s Comrades victories, and he dreamed of getting Bruce involved in parkrun. At a conference in the UK that April he introduced himself to Bruce and was uncharacteristically pushing about him coming out to parkrun. Bruce was reluctant, especially as it was the day before a big marathon. But, when his long time friend Peter also told him that he must go see parkrun, he agreed and Peter took Bruce and his wife to Bushy. Bruce certainly enjoyed it, but Gill fell in love with it. She finished back in 588th position, and she felt like she fit right in. Together they decided that they must start parkrun in South Africa. 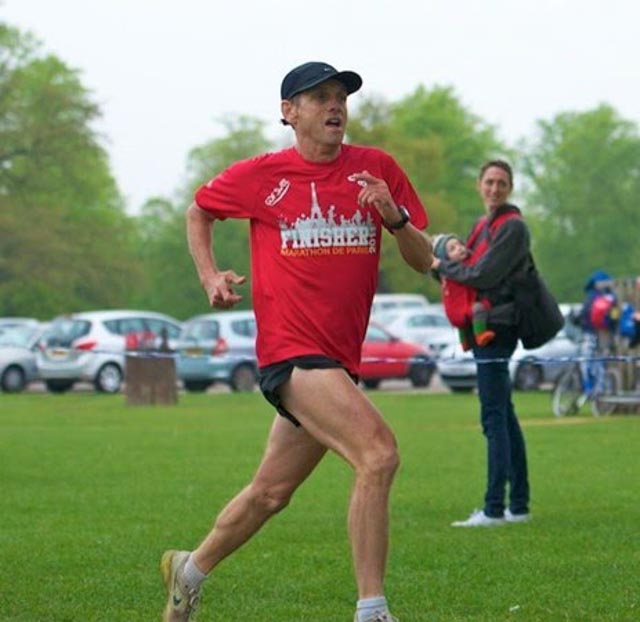 Seven months later, on 11 November 2011, the fairytale of parkrun SA began. The first parkruns in the Johannesburg suburbs were moderately successful, but the first real tipping point took place at parkrun #4 at Nahoon Point parkrun in the quiet city of East London, where “with little else going on” soon 300+ people were regularly turning out for the parkrun. 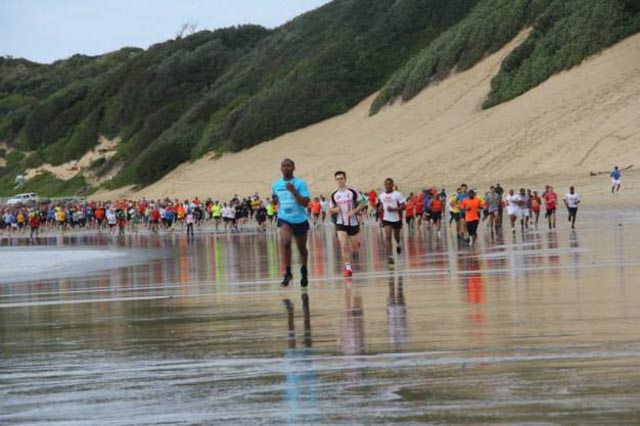 parkrun SA is unique in the world in two ways: it has by far the largest attendance at individual events, including six that regularly have over 1,000 participants. And it has by far the slowest average time of any parkrun country, currently 40 minutes and 47 seconds. Of course, the two are connected. South Africa is the country where walkers feel most welcome at parkrun, In fact, a majority of participants walk their parkruns.

How did that come about? Bruce attributes it to two factors. First, he and several other well known parkrunners made it a point to get out and walk parkrun during periods when they were injured. Seeing the most famous marathoner in the country out walking a 5K encouraged many others to follow his example. Second, from the birth of parkrun SA they instilled a culture of welcoming walkers in all of their event teams. Bruce’s favorite picture is of an elderly couple holding hands walking their parkrun, wearing street clothes. 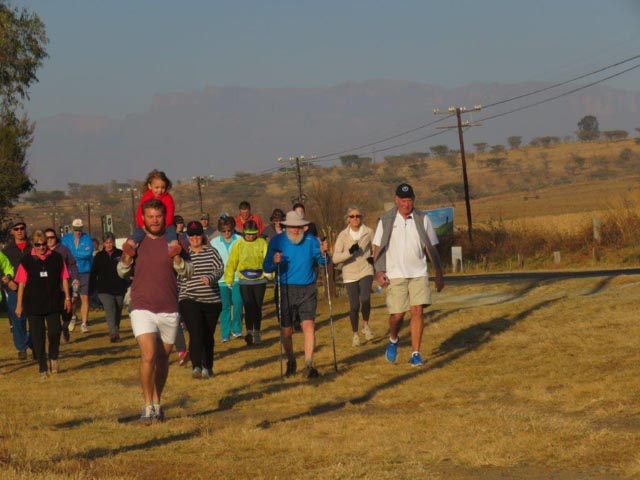 Saturday, for many of us the happiest moment was when Bruce said that his experience at Fletcher’s Cove ‘felt like a smallish parkrun at home’.

We really hope that everyone who comes to a US parkrun feels at home. 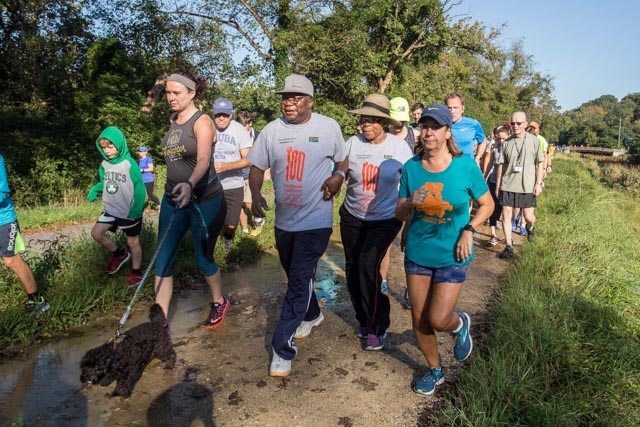