It was a rather busy weekend at parkrun USA. At 7:30am (EDT), we welcomed Depot Park parkrun, in Gainesville, Florida, to the parkrun family. At 9:00am (EDT), we hosted a special event at Fletcher’s Cove parkrun to mark the centenary of Nelson Mandela’s birth. But our favorite event: by 10:30am (PDT), 1399 people had volunteered at and/or completed a parkrun somewhere in the United States! 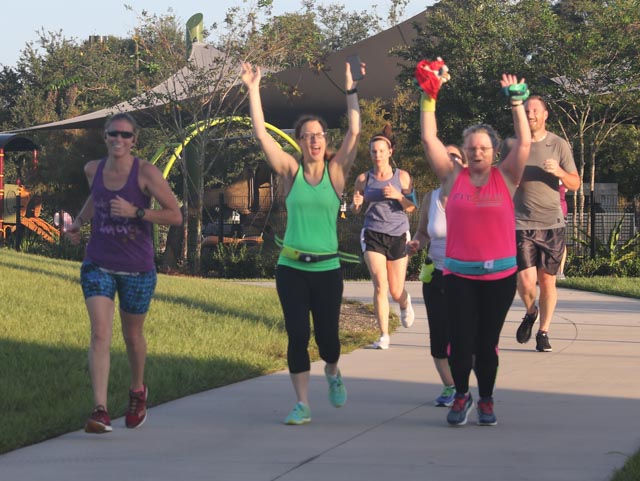 This weekend, we welcomed a brand new parkrun to the family: Depot Park parkrun in Gainesville, Florida. Of the 80 people who took part, 52 completed their first-ever parkrun. More importantly, it looks like everyone was having a great time and enjoying themselves. 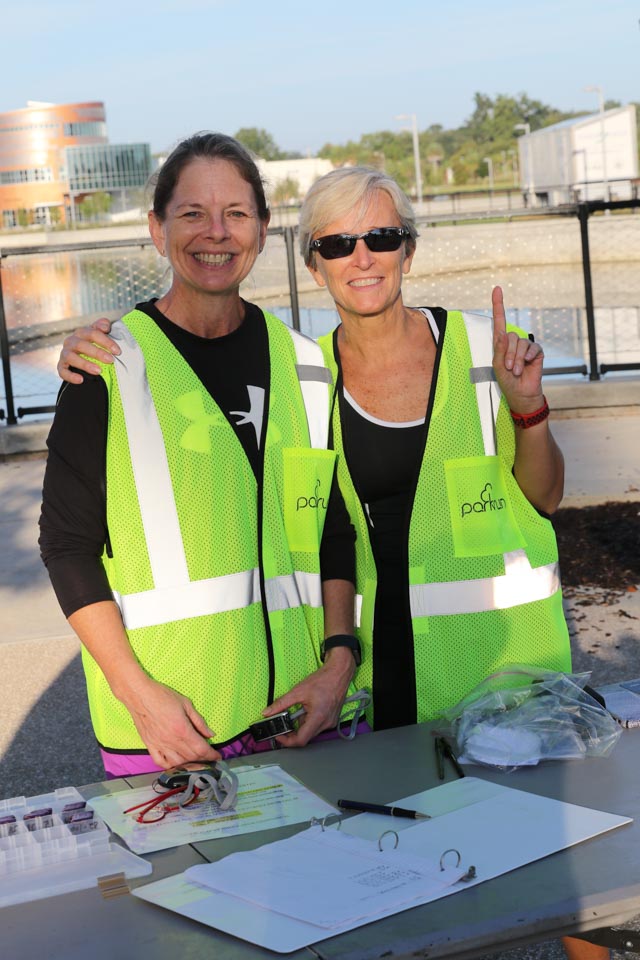 Getting a new parkrun started takes a lot of work. Congratulations to Event Directors Shauna and Marykay on a hugely successful Depot Park parkrun event #1! 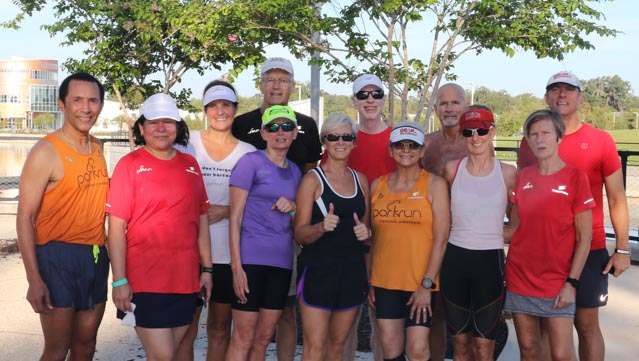 Why do these parkrunners look so happy? Because they’re veterans from Clermont parkrun, who were so excited to welcome a new parkrun neighbor to Florida that they drove two hours to attend Depot Park parkrun’s inaugural event. 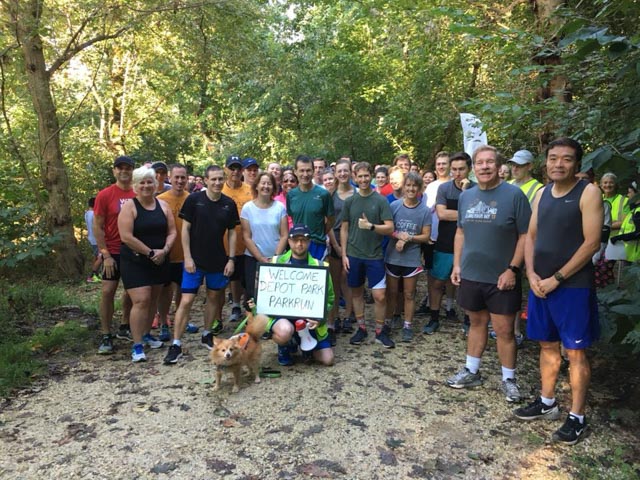 Over at Roosevelt Island parkrun, they made sure to take a traditional “whiteboard welcome” photo to show some long-distance support for our newest parkrun. 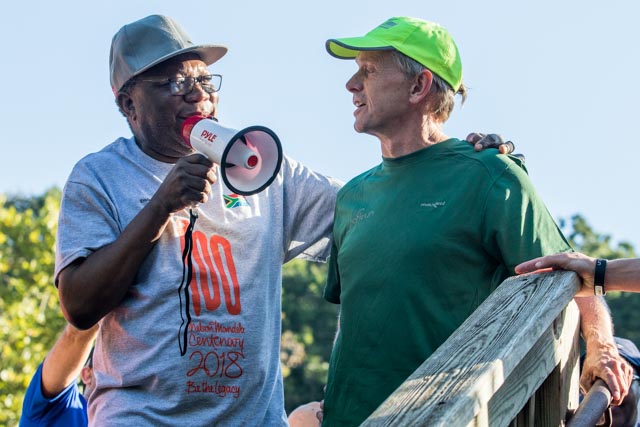 There were some very special guests at Fletcher’s Cove parkrun this weekend, where a special parkrun was held to celebrate Nelson Mandela’s Centenary. South African Ambassador to the United States Mninwa Mahlangu was delighted to welcome South African legend Bruce Fordyce to the celebrations. Bruce won the Comrades Marathon (the world’s largest ultramarathon) nine times and is the founder and country manager of parkrun South Africa. 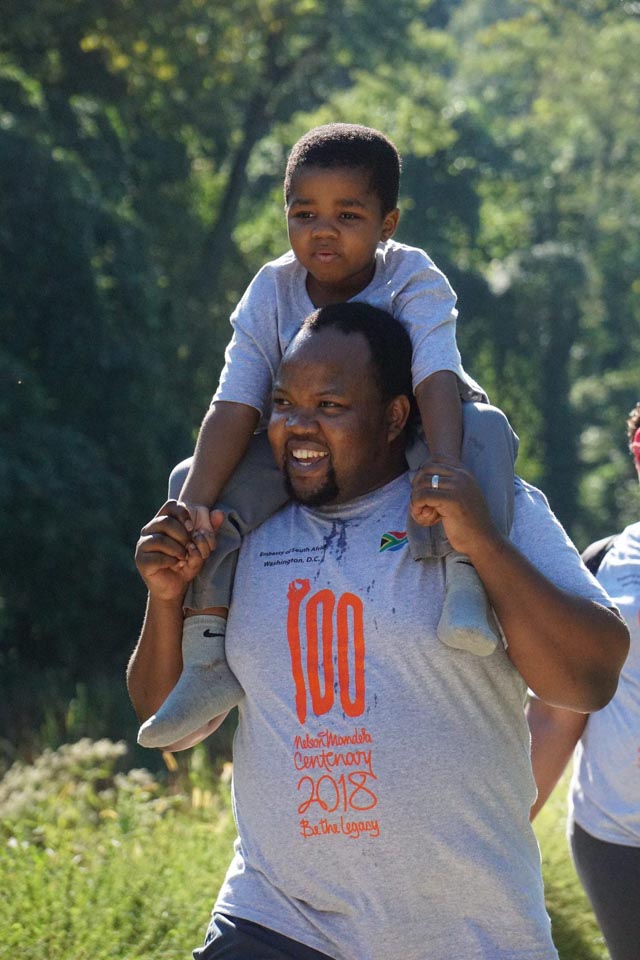 The South African Embassy and the Comrades Marathon ambassadors hosted a braai (that’s the South African word for a barbecue) following Fletcher’s Cove parkrun. Even better, though, they helped inspire at least 49 people to complete their first-ever parkrun. 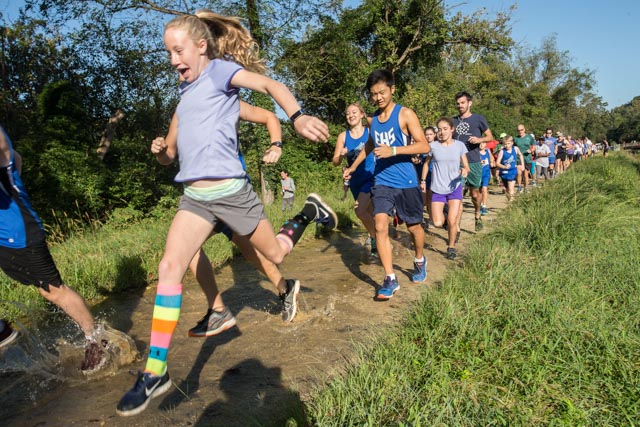 There are two types of parkrunners in the world: those who embrace the puddles and those who … don’t (yet). Which one are you? Fletcher’s Cove parkrun 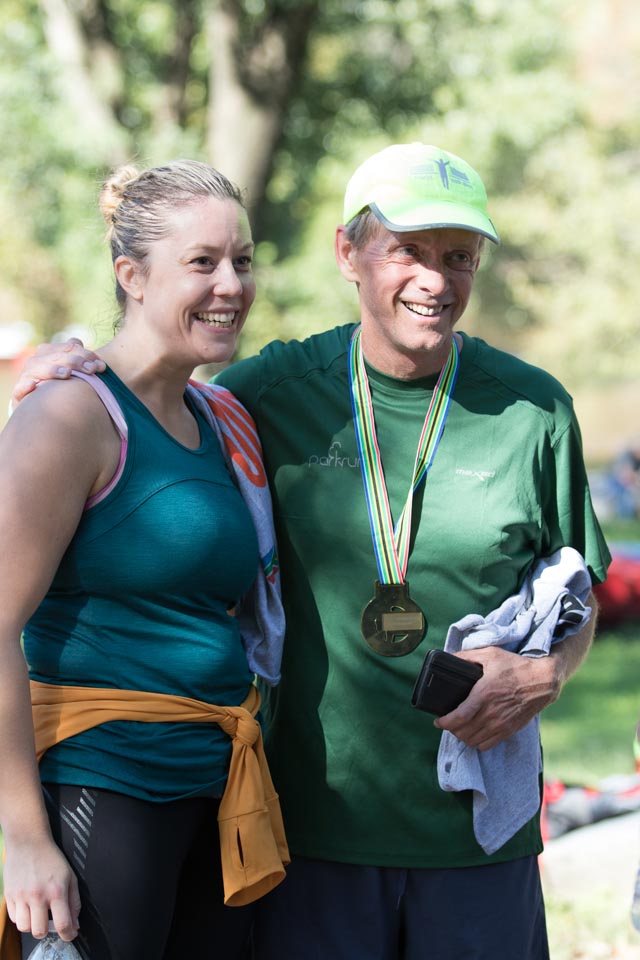 Deep Run parkrun Event Director (and native South African) Nicole drove up to Fletcher’s Cove parkrun to take part in the Mandela Centenary parkrun. She grew up watching Bruce win Comrades on tv and was beyond excited to meet him in person. 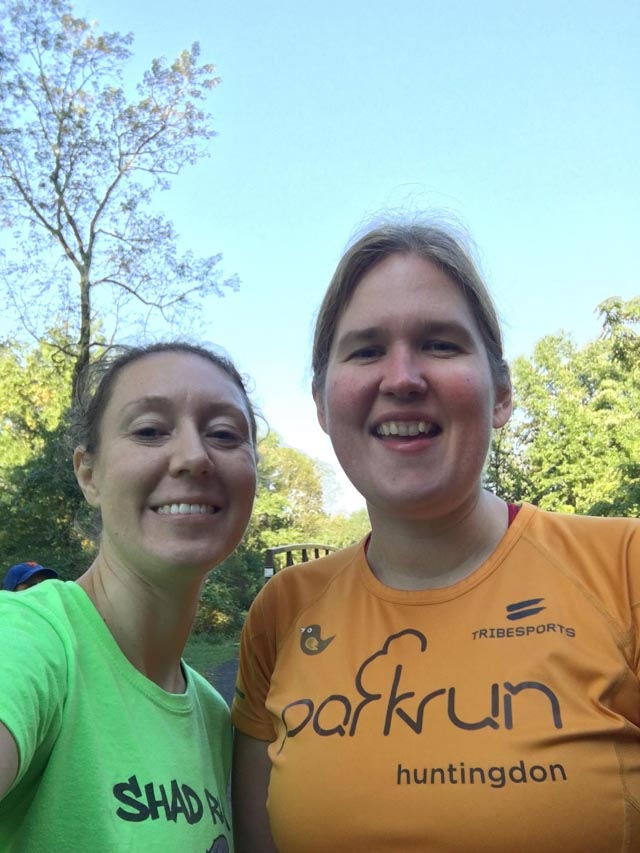 Speaking of parkrun tourism, Janet is a UK-based American who has been introducing friends and family in the US to different parkrun events. She has taken her parents to Livonia parkrun and this week she took a friend to Delaware and Raritan Canal parkrun. 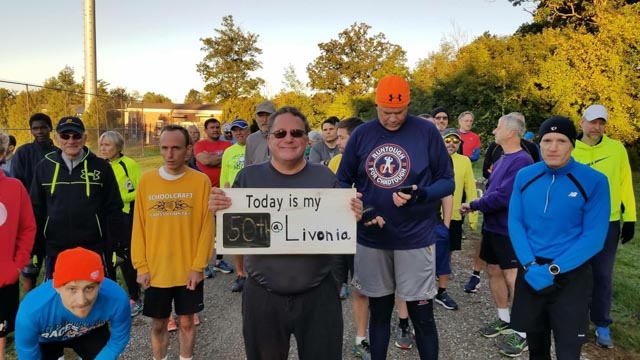 At Livonia parkrun, Todd ran his 50th parkrun this weekend. 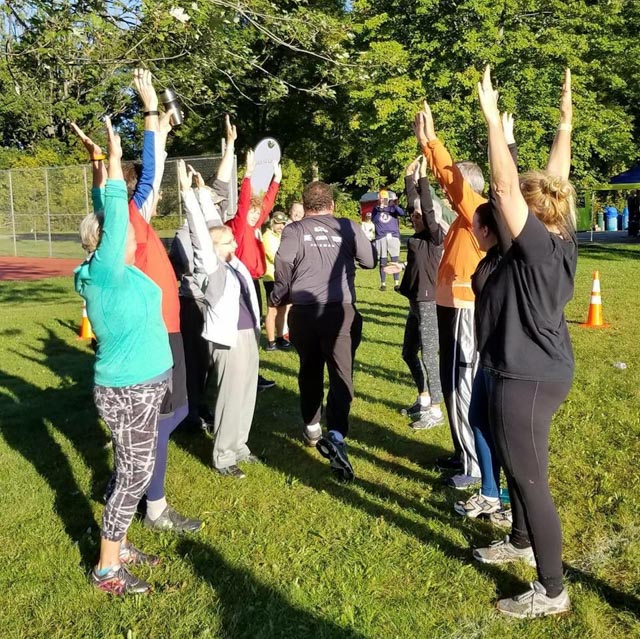 And we absolutely love the way that his fellow parkrunners helped to celebrate Todd’s milestone: by forming a tunnel for him to pass through to the finish line. 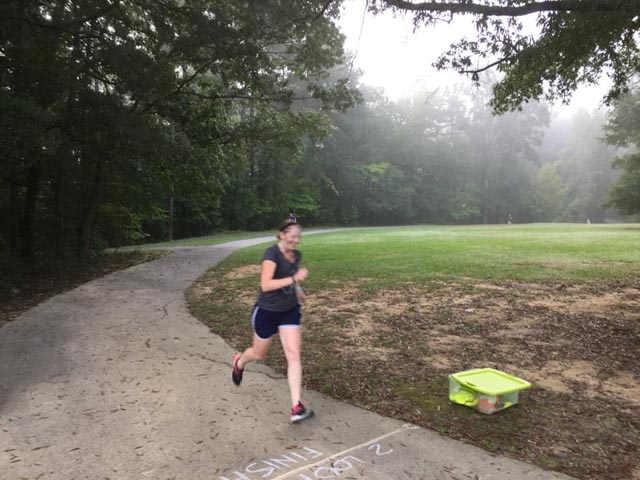 Melinda is one of Durham, NC parkrun’s most regular runners and has completed 152 parkruns. So, what made this week special? Well, she set a new Personal Best time – not an easy feat after so many parkruns. Congratulations, Melinda! 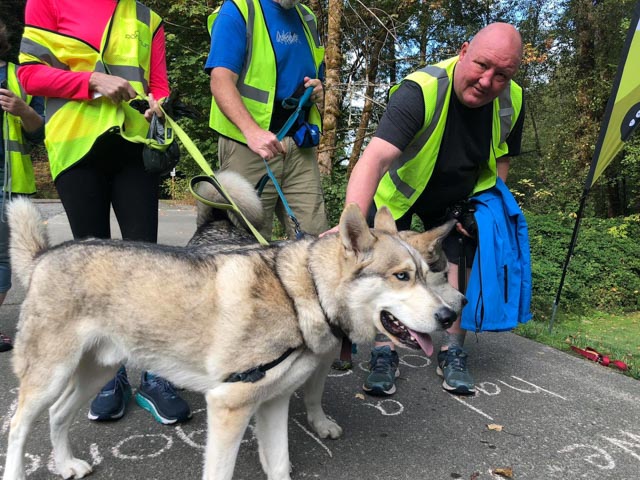 Baldr, Renton parkrun Barkrunner, run briefing background singer and all around good doggy filed this report after his parkrun: “Mumma says I’m a good boy! I’ve been working on stopping when she does and walking instead of sled pulling mode and she’s so proud of my progress! Now we’ve just got to get sister to learn to go slow.” 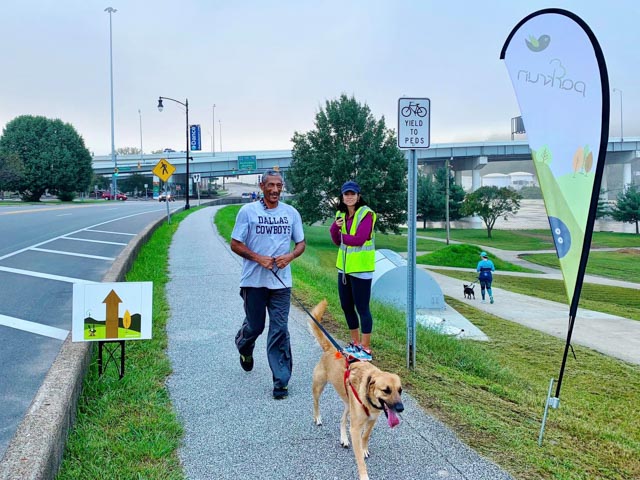 Charleston WV parkrun reported that they had foggy weather, with temperatures in the 50s: perfect for parkrunning (and for barkrunners). Fall seems to be on its way. 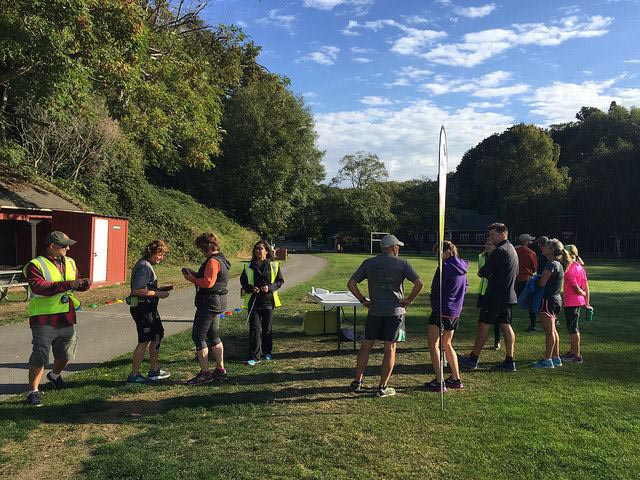 Another sign that the seasons are turning? Des Moines Creek parkrun was sad to see their wonderful neighbor and post-parkrun gathering spot, the DMC Farmer’s Market, close for the season after this weekend. We’re sure that the parkrunners are already looking forward to it returning next spring. 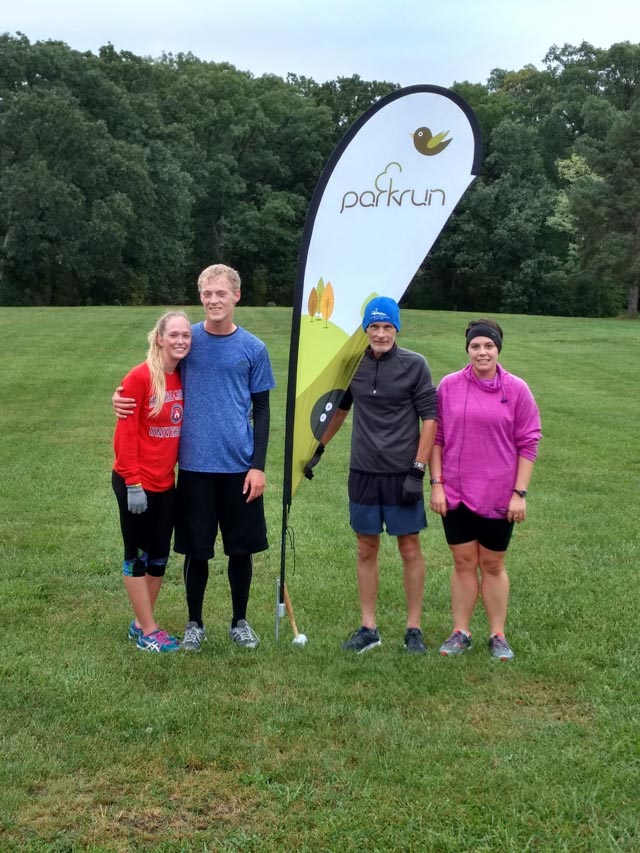 Another sign that fall is coming? We spotted our first pair of gloves in months at Moberly parkrun. 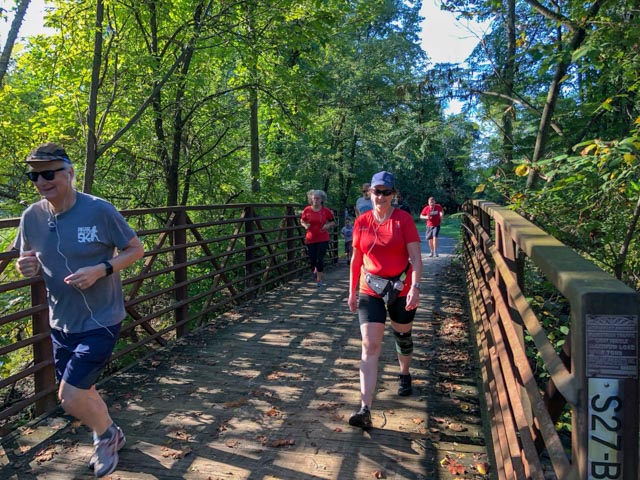 At College Park parkrun event #102, Lisa did her 91st parkrun. But, what was notable was that it was the first time since event #4 that she was present, but not as a volunteer. 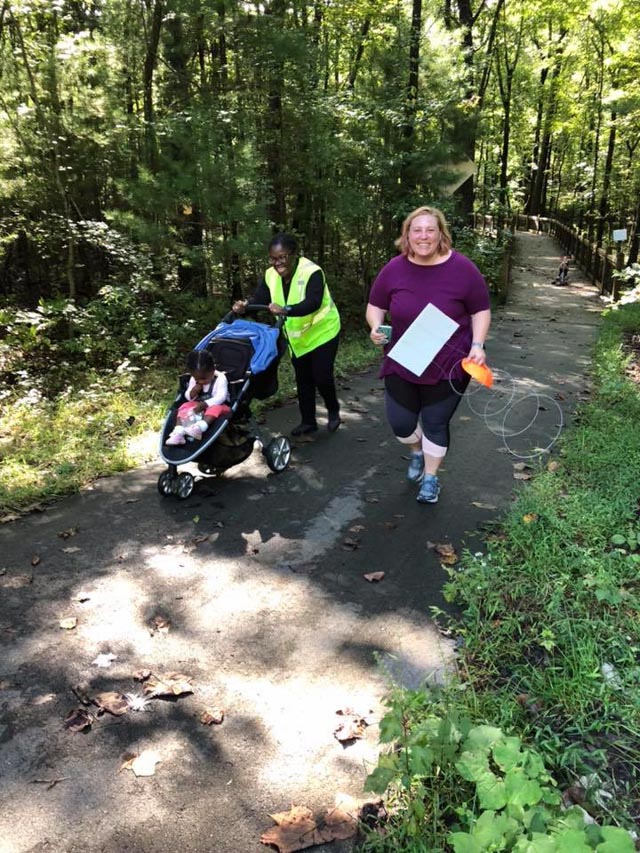 Kerline and Becky were definitely having fun as tailwalkers at Mountain Goat Trail parkrun this weekend. Between them, they’ve already completed 19 parkruns. 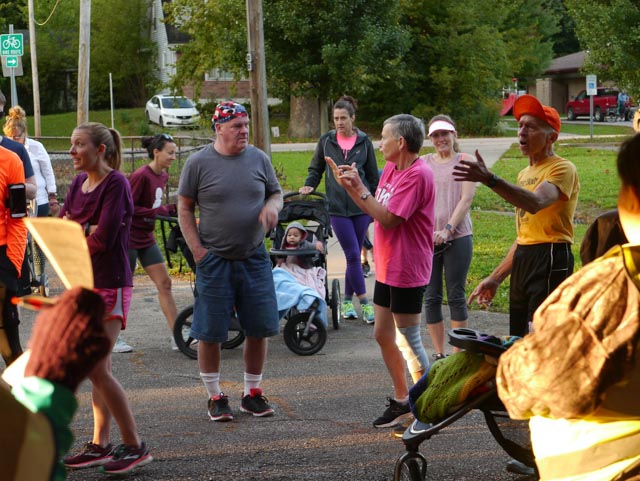 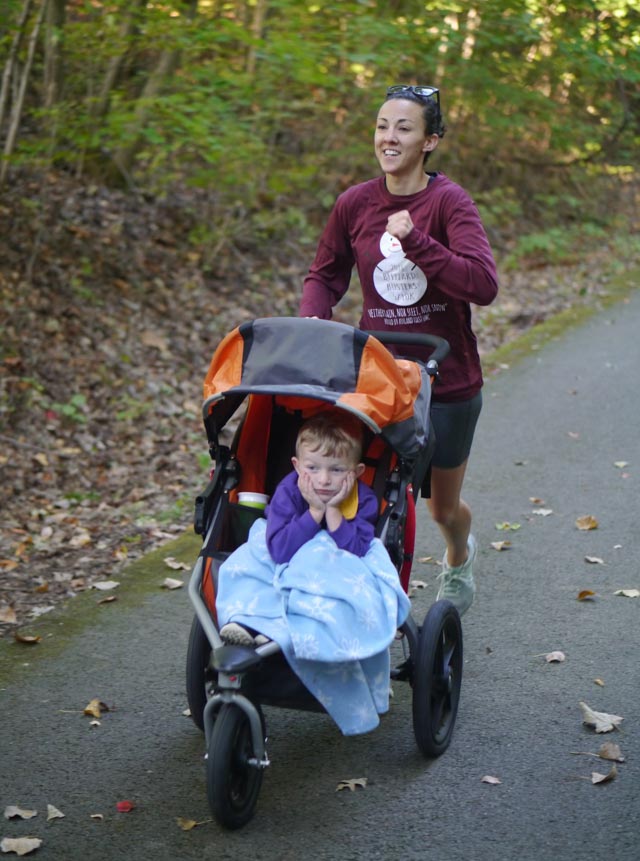 Is this the face that you make when you’re dreaming about turning four and registering for your own parkrun barcode? Mansfield OH parkrun 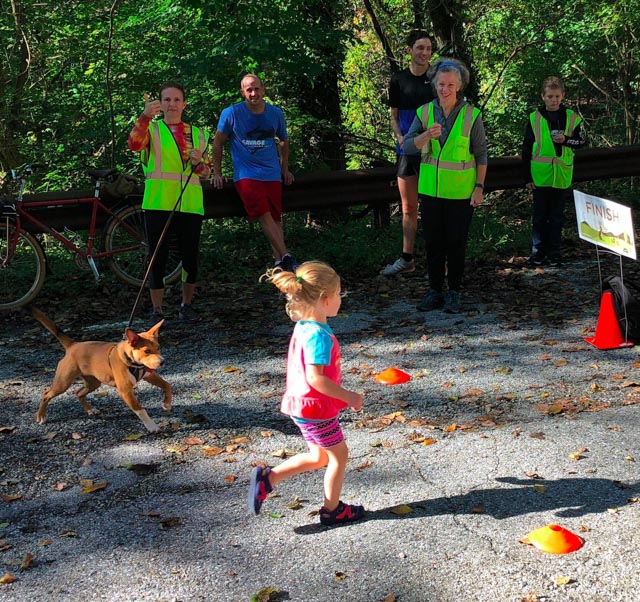 Lily seems pretty excited about having her own barcode someday, too. This week, she couldn’t resist hopping out of the stroller to run across the finish line. Regular barkrunner Zola very much wanted to join in the fun at Leakin Park parkrun. 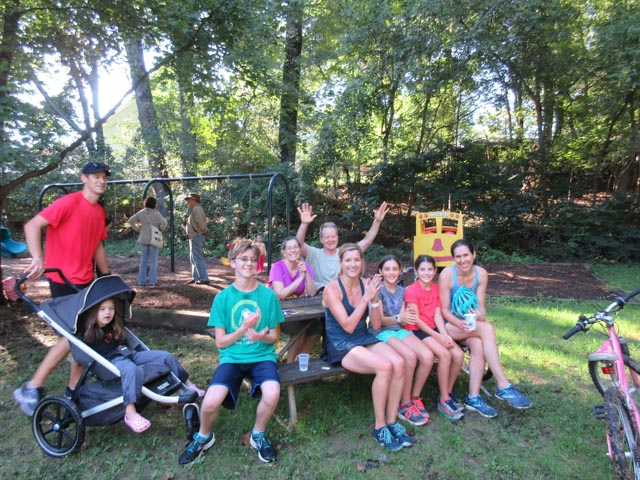 These Kensington parkrun participants know that parkrun isn’t really about the run, it’s about getting to hang out with your friends and family afterwards (and, if you’re lucky, playing on the adjacent playground).

Every once in awhile, we are reminded that, through parkrun, we have the opporunity to run, walk, and volunteer in some stunningly beautiful places. Thank you for this shot, South Boulder Creek parkrun, which we suspect will have more than one parkrunner checking on flight prices…. 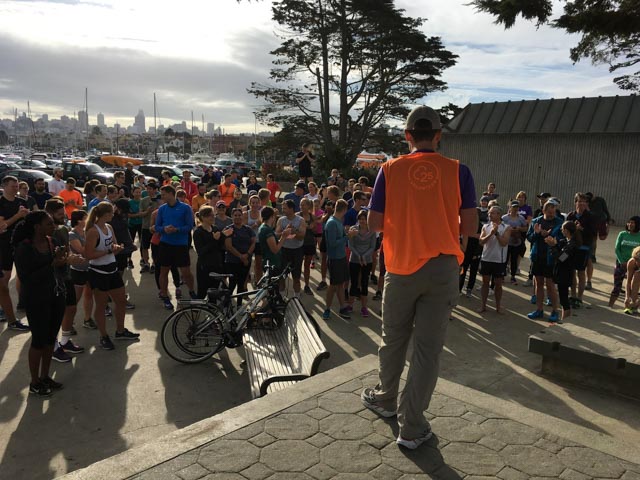 Speaking of gorgeous places to parkrun…who knew that giving the run briefing at Crissy Field parkrun came with this great view of the San Francisco skyline? 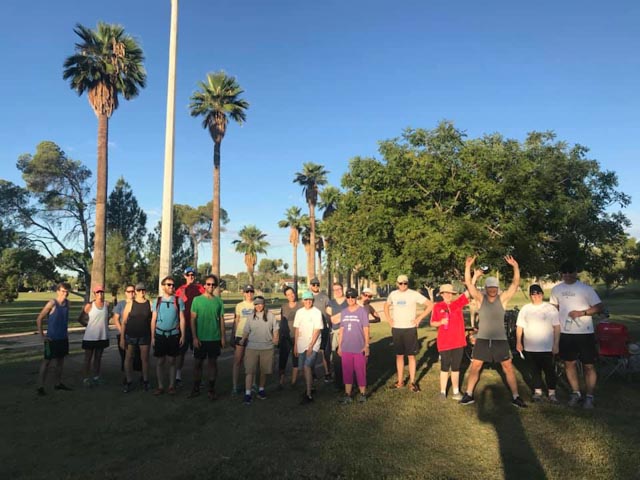 Groups around the country are getting together to build interest in bringing a parkrun to their community. Watch this space for updates on our first parkrun in the desert…. 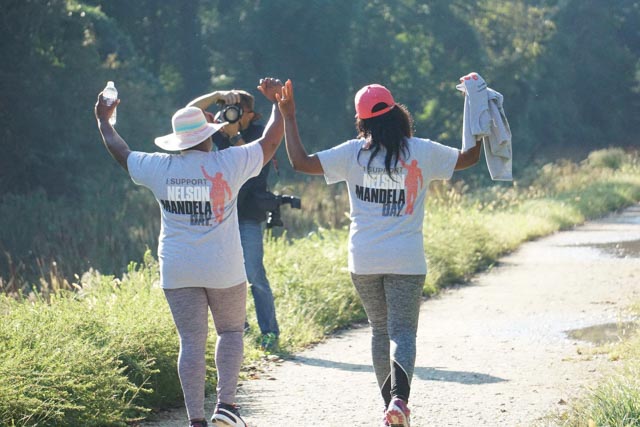