Every Saturday, people discover that parkrun is an activity that they can do with their family and friends. But, what they also learn is that by coming to parkrun, they’ve become part of another group, as well: a local, national, and international parkrun family. This week, we celebrated milestones, International parkrun Day, and being part of an incredible global community. 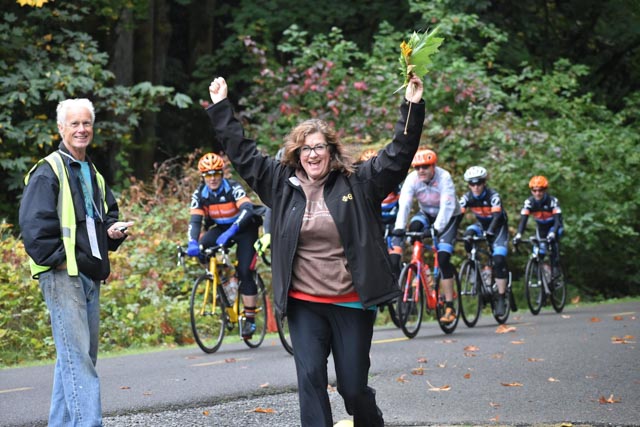 Ken was a first-timer at Renton parkrun last week and was back to volunteer this week. He cheered on another first-timer who was very excited to cross the finish. One of the regular packs of bicyclists who also use the trail cheered her on as they went by, too! 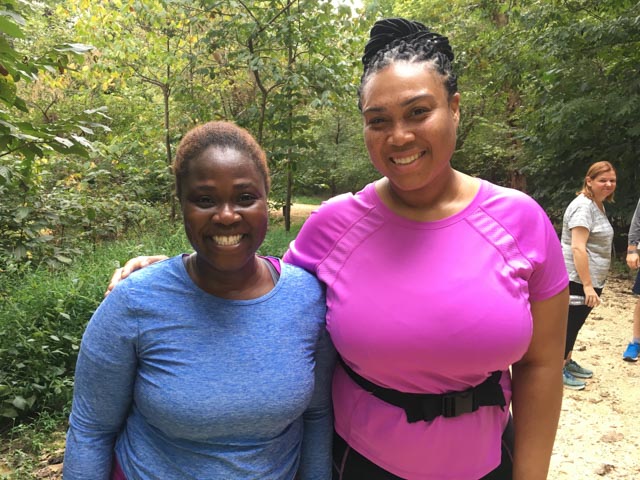 Cat & Regine were just out for a hike, when they stumbled across the crowd gathering for Roosevelt Island parkrun. After some quick cell phone action, they were registered and ready for their first parkrun. They loved it so much that they’ve already signed up to be next week’s tail walkers and we’re delighted to welcome them to the parkrun family! 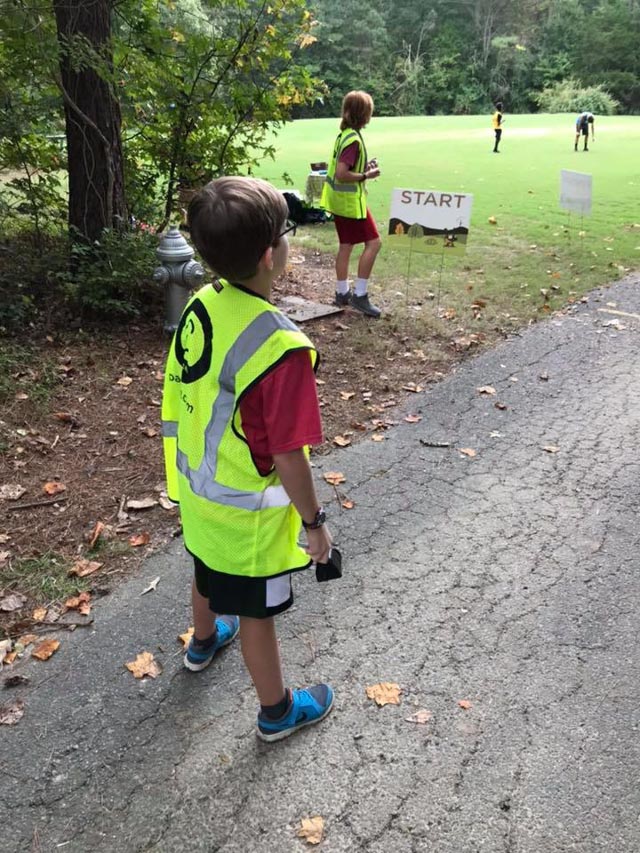 Volunteering is a family affair at Deep Run parkrun. Luke and Helen are just two of five family members who either volunteered or completed a parkrun this Saturday. 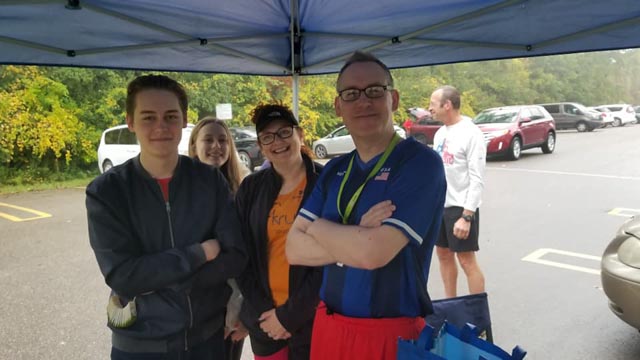 The Watson family visited Livonia parkrun from Scotland. They ran, they volunteered, and they probably felt very much at home in the soggy weather.

parkrun is a wonderful way to spend time with your family. We’re glad that this group will have a photo to remember a beautiful, sunny day at Des Moines Creek parkrun. 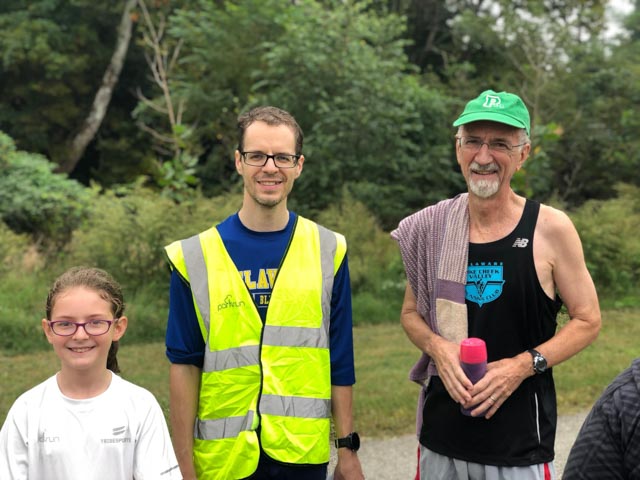 At College Park parkrun, it was definitely Grandparent Day. Violet, of puddle-jumping fame, got to run with her grandfather, Doug, who was visiting. Violet’s dad Clark finished his own parkrun, then picked a high-vis vest to help out. 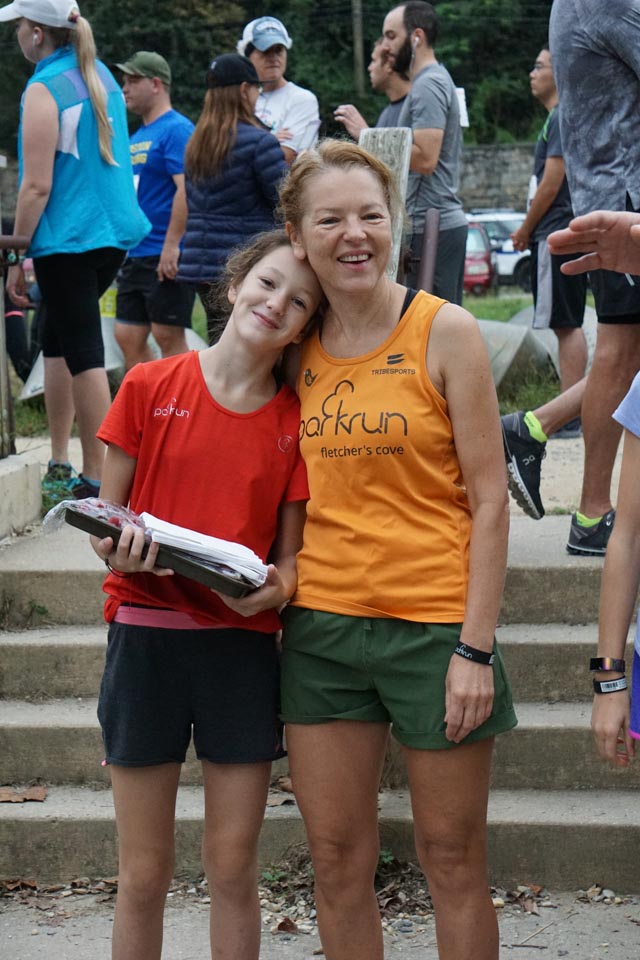 At Fletcher’s Cove parkrun, Jolanta celebrated completing her 100th parkrun, by running with her daughter Stefania (50 Club) and husband Andres (100 Club). And, of course, there was also cake. 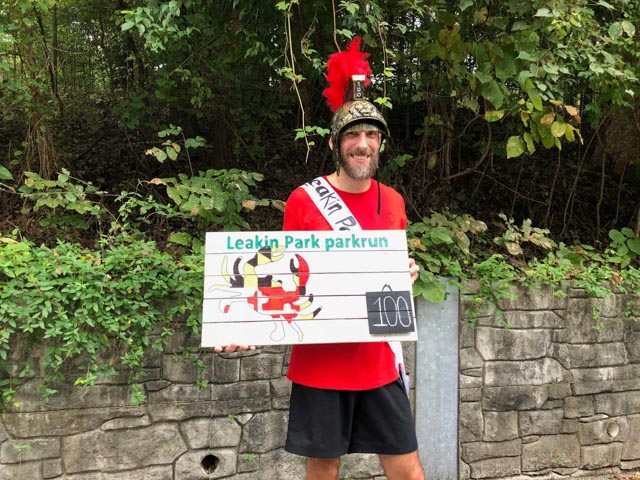 Co-Event Director Tom also celebrated his 100th parkrun this week. For the occasion, he appropriately dressed as a Roman Centurion and got to inaugurate the brand new Leakin Park parkrun milestone sign. 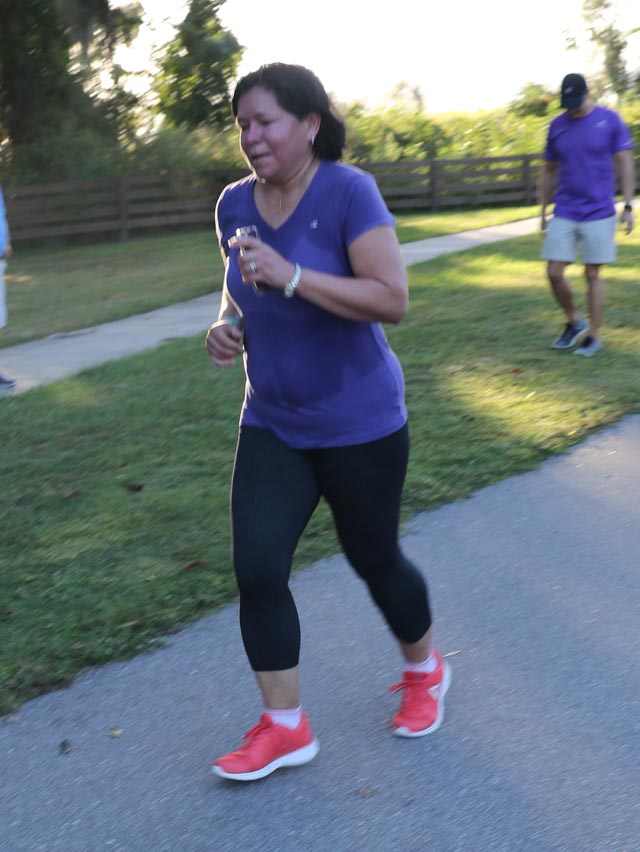 Luriela was one of three people who earned their red milestone shirt at Clermont Waterfront parkrun this weekend. Congratulations, as well, to Donna and Mackenzie! 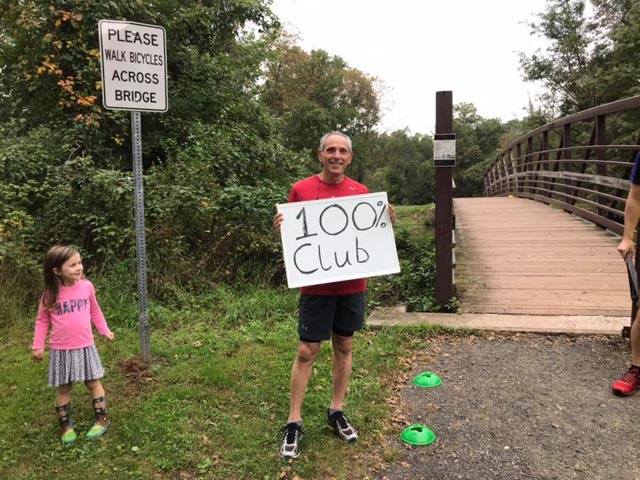 Frank earned a different kind of honor at Delaware and Raritan Canal parkrun this week. He is the last person who still qualifies for the 100% club: he’s taken part in all eight events that they’ve held so far. That’s an honor worthy of a whiteboard sign, for sure. Frank had never participated in a parkrun before D&RC opened, but we’re very glad that he’s found a new home in the parkrun family. 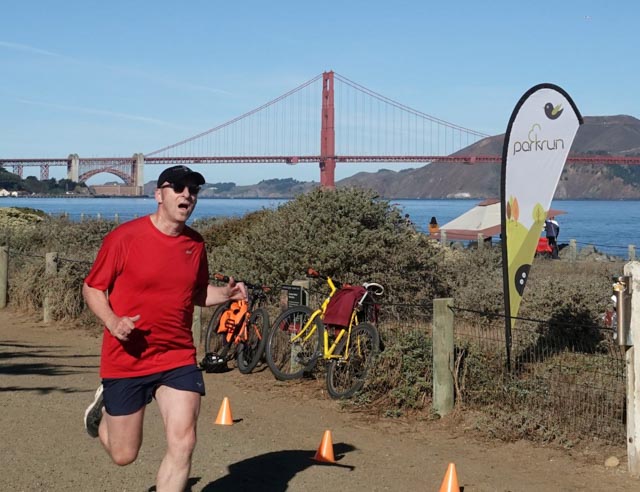 Knut might not know it yet in this photo, but as he crossed the line, he became Crissy Field parkrun’s 13,000 finisher and earned a well-deserved new PB. Crissy Field is very much Knut’s home parkrun: he has completed every single one of his 129 parkruns there. 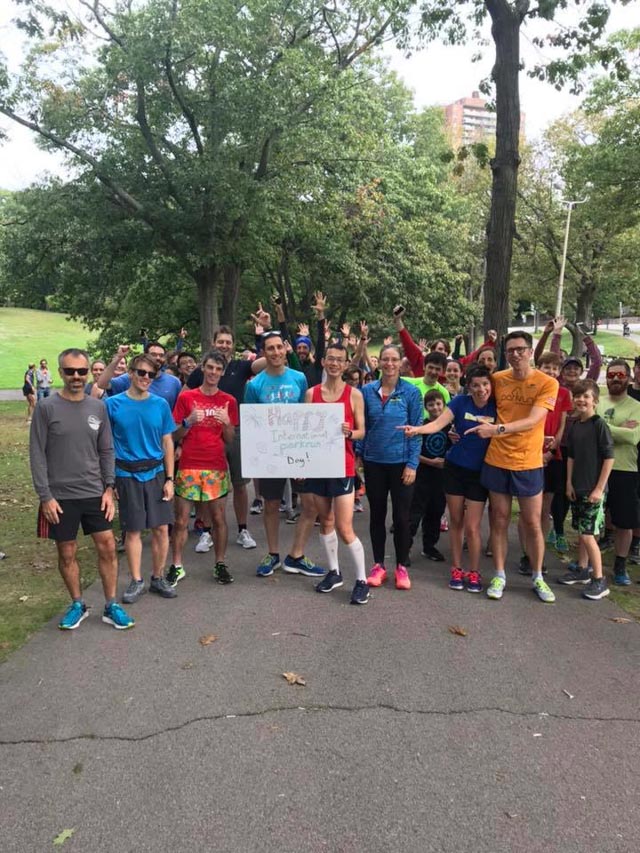 Visitors help connect our local parkrun families to each other. When Charleston WV parkrun was canceled this weekend, a couple of West Virginians represented the Mountain State at Roosevelt Island parkrun instead. Cyndi and Thomas said it was a great experience and are most likely Charleston WV parkrun’s first tourists! 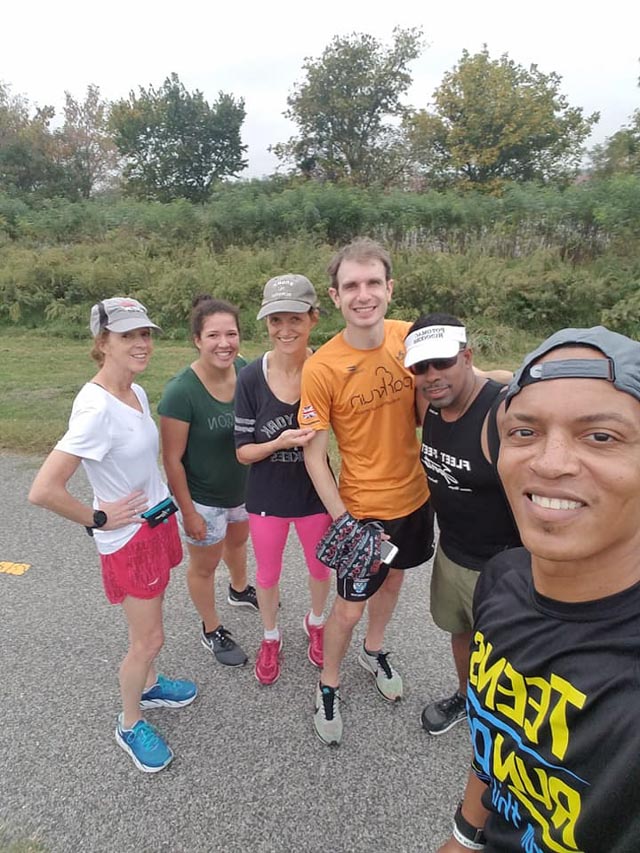 Anacostia parkrun was excited to welcome Stephen, who normally runs at Woodhouse Moor parkrun, on Saturday. Thank you for volunteering after your parkrun, Stephen, and your new friends at Anacostia hope that you’ve had a safe journey home. 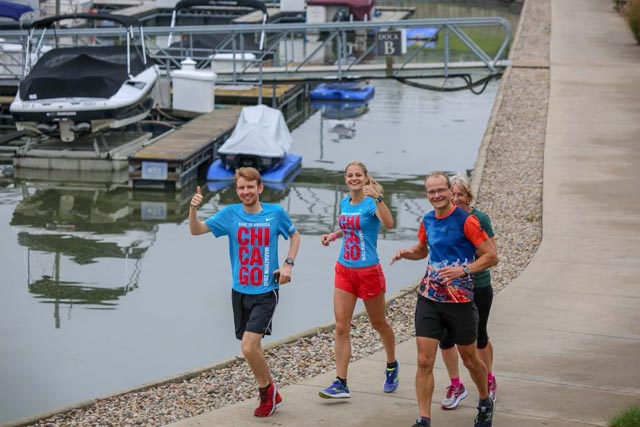 Heritage Harbor parkrun was a tourist hot spot this Chicago Marathon weekend, drawing parkrunners from the UK, Russia, South Africa, and Australia. Since Chicago is an hour and a half’s drive away, many tourists rented cars and carpooled to make it to Ottawa for parkrun. We give you a thumbs up, too, Tracey, KC, Douglas, and Pete! 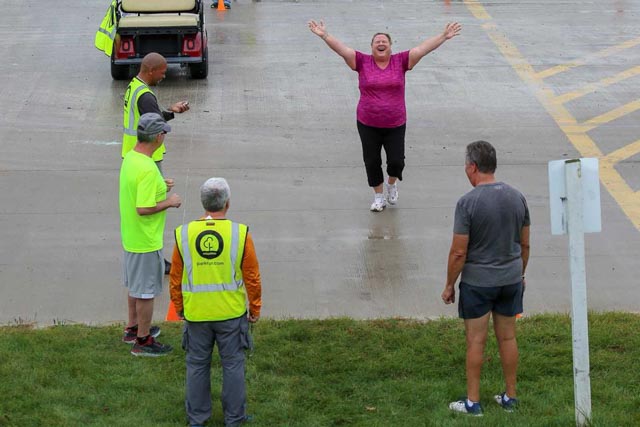 But no matter whether you’re getting ready for a marathon or completing a parkrun, EVERY finish line is worth celebrating. 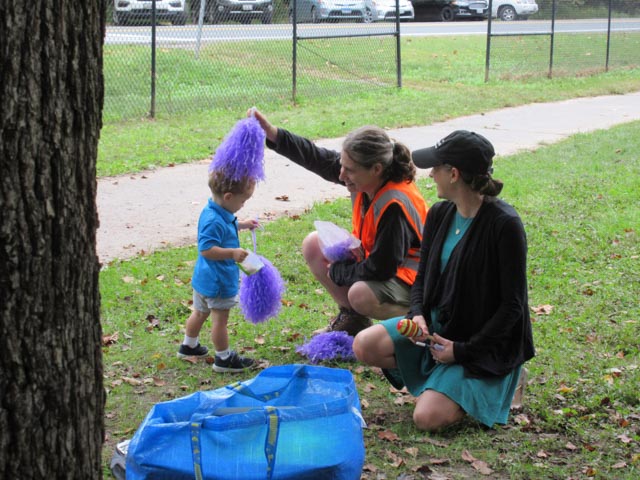 Some International parkrun Day celebrations were a little smaller than others. At Kensington parkrun, they keep a stash of pompoms and noisemakers on hand, just in case anyone wants some help cheering on the parkrunners. This week, they found a new use for them. 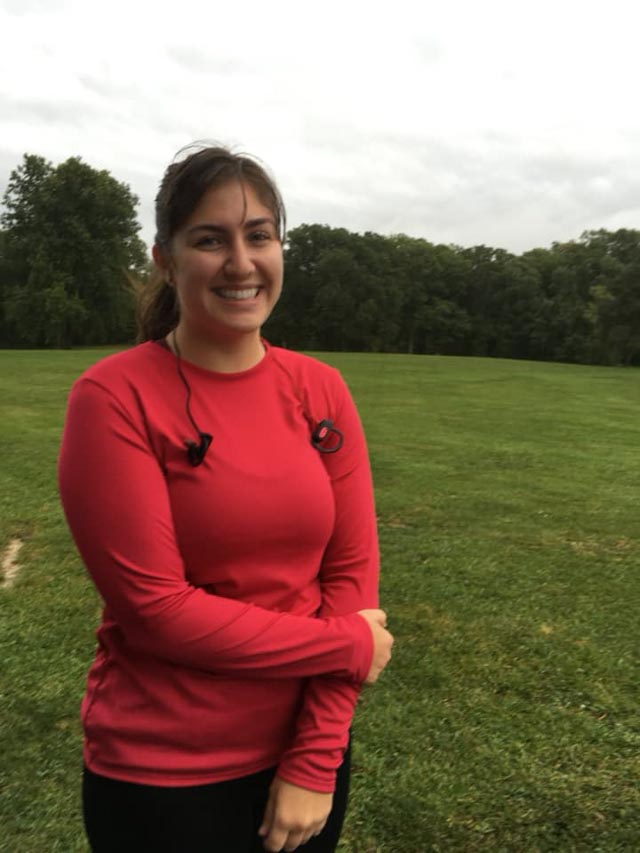 On a soggy day, Ashley attended her first-ever Moberly parkrun. She found the event on Google Friday night and stopped by the library to print her barcode before parkrun. Welcome to the family, Ashley! 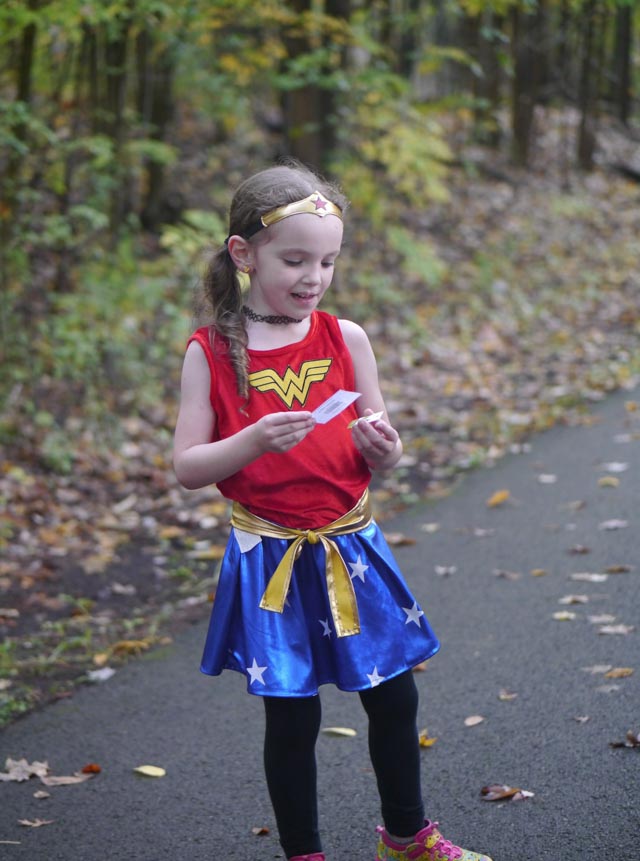 Even if your name is right there on your superhero outfit, you shouldn’t forget to bring your barcode to Mansfield OH parkrun. 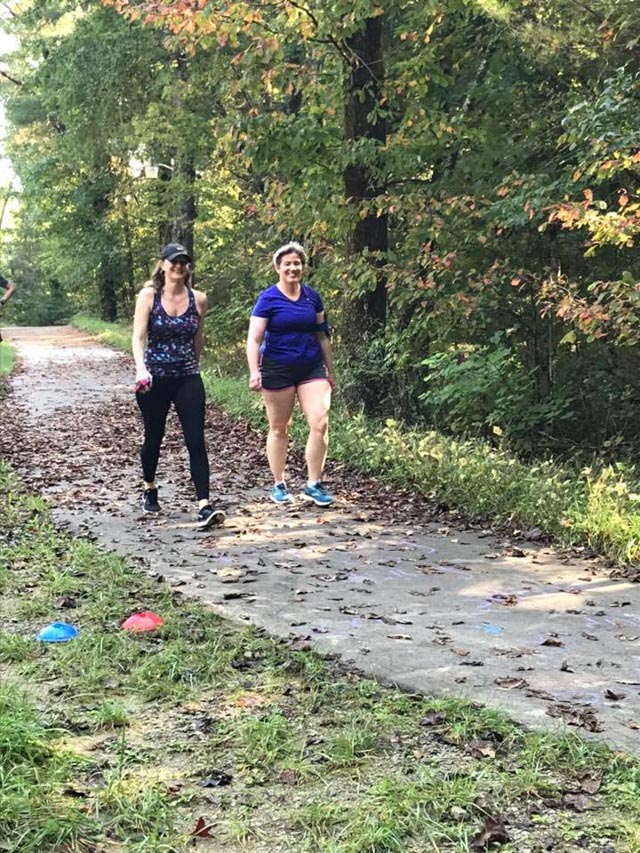 At Mountain Goat Trail parkrun, Ashley and Michele took a lovely 5K walk to appreciate the leaves, which are just starting to turn. 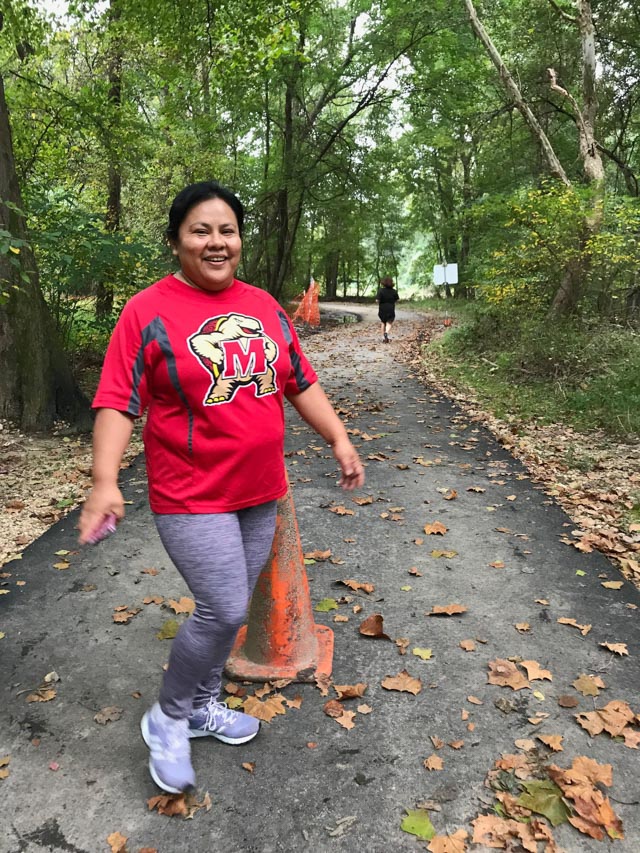 First-timer Delia heard about College Park parkrun from a friend, and joined together with her two sons this week. Delia, we hope you had a wonderful time, even if the University of Maryland football team later lost to the University of Michigan, based in the home of our next new parkrun: Lillie parkrun, Ann Arbor.

Despite the gloomy forecast, 13 runners and two bark-runners showed up for Lillie parkrun, Ann Arbor’s trial run this morning. Afterwards, everyone headed for post-parkrun coffee and popped out all of the official parkrun barcodes, ready for when the rest of the equipment arrives next week. Our next parkrun officially launches on November 3. 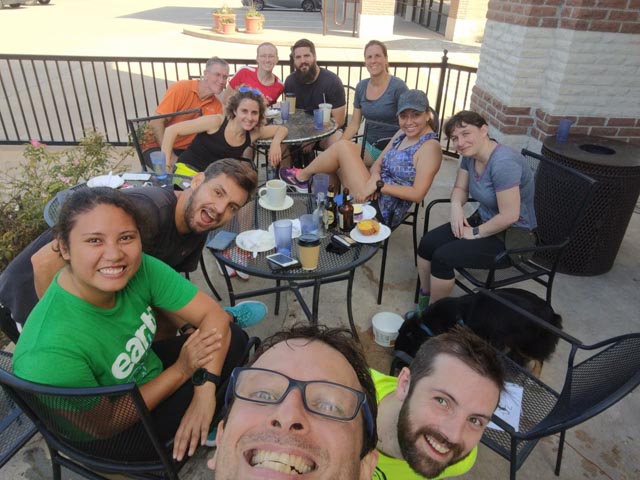 Around the country, groups are coming together to try to create a parkrun for their community. This group of new friends is hoping to start the first parkrun event in Texas. They meet for informal runs, and then plan their next steps over coffee. Drop us a line if you’d like help to build a team in your community. 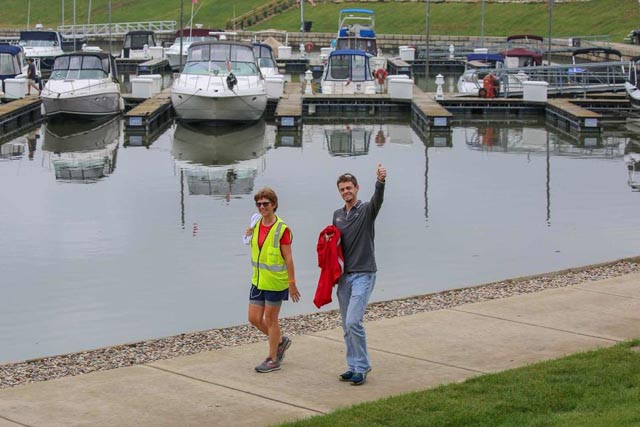