There’s another way to do two parkruns in one day. But it’s not for the faint hearted. It involves starting the day with a parkrun in Australia or New Zealand, then hopping a flight to San Francisco or Vancouver, crossing the International Date Line in the process.

Friends Roxie Payne and Chris Seymour recently tried this on consecutive weekends. And Chris found a way to make the challenge even harder.

Roxie had been visiting friends including Queenstown parkrun Event Director Chris Seymour in New Zealand for the Queenstown Marathon and decided to give the Date Line Double Challenge a try on her way home.

She is pictured with her friends, regular Cornwall Park parkrunners, Duncan Erasmus and Holly Fuller who helped her with logistics in Auckland before being picked up by her friend Dave McKenna at San Francisco airport to get to Crissy Field parkrun along the San Francisco Bay.

Impressively, Roxie’s run at Crissy Field was her fastest parkrun time yet! Who ever said long-haul flights aren’t restful? 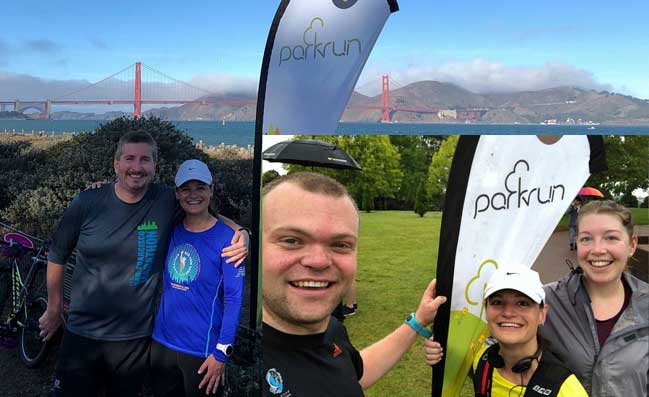 Hearing that his friend Roxie had successfully completed the Date Line Double Challenge, Chris Seymour decided to try to replicate the feat the very next week.

However, Chris chose a more complicated version of the challenge, one that we think has not been attempted before. He started the day at his home event of Queenstown parkrun, on the southern tip of New Zealand. Despite being Event Director, it was his first run at the event, having only been tailwalker once before. So he set a massive PB. Then he hopped a flight to Auckland, on the northern end of New Zealand, where he connected to a flight to San Francisco, where Roxie collected him from the airport to take him to Crissy Field parkrun. 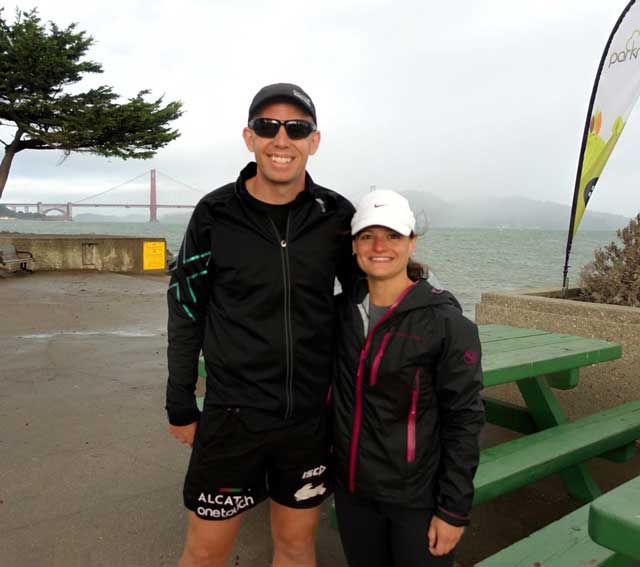 The weather wasn’t quite so good at Crissy Field, but Chris ran less than a minute slower than his time earlier in the “day” at Queenstown.

As far as we know, Chris is the first person to achieve a Date Line Double parkrun without a direct flight. If you want to try this for yourself, you’ll need some careful planning. In the northern hemisphere winter it’s summertime in New Zealand, so daylight savings buys you extra time between parkruns. Also, Queenstown parkrun starts an hour earlier in the southern hemisphere summer. So Chris’s feat is likely impossible in the northern summer. 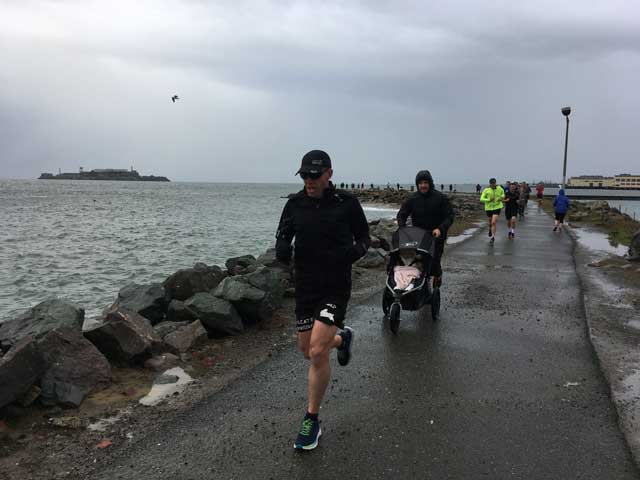 As an easier option, you could persuade a friend to start another parkrun in the next town over. Then you can do a New Years Double parkrun every year. No passport required.

For our story of the first known Date Line Double see here: A unique parkrun double (or “The lengths to which you’ll go”)

With thanks to parkrun NZ for some of the facts, pictures, and words in this story.

This Saturday marks the 8th complete year of free, weekly, timed 5k events in the States.  On the 2nd June 2012, Livonia parkrun hosted 28 runners and walkers with 7 volunteers.  Eight years later, even though we are on pause, there is a lot to be grateful for right now.   2012, it was the year of the London…