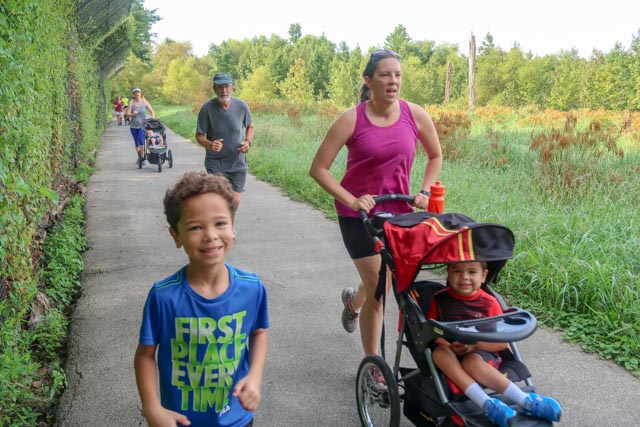 In 2016 Andrea Zukowski was hitting dead ends in her search for funding for her idea to bring a free, weekly, inclusive 5k to College Park. The College Park Community Foundation was the key to crossing this hurdle. In addition to some funding, CPCF gave Andrea a helpful fundraising workshop, and they connected her to many other community groups. The foundation is dedicated to supporting community initiatives in this rapidly changing college town in the Washington DC suburbs. 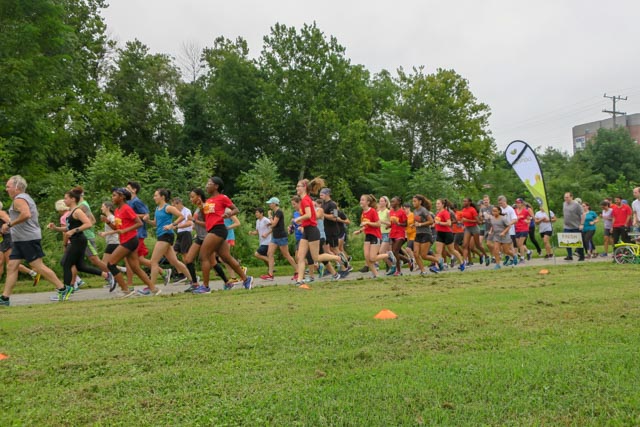 Two and a half years later CPCF couldn’t be happier with the return on their investment. College Park parkrun has served thousands of people from College Park and surrounding communities. It has brought together different parts of the community who otherwise might never meet, it has introduced countless community members to a scenic trail that they were unaware of, and it has inspired hundreds of community members to help out as volunteers, including at trail clean-ups and tree plantings. 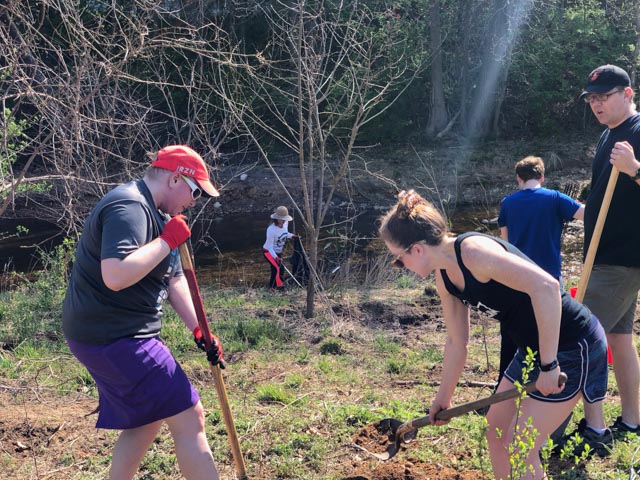 “We could go on for an hour about everything that College Park parkrun is doing for this community,” said CPCF’s Nick Brennan in presenting the Chair’s Award to the parkrun team.

College Park mayor Patrick Wojahn was on hand to congratulate the team. He is a regular parkrunner and member of the 50-club. Mayor Duane Rosenberg of neighboring New Carrollton, MD is also a regular and a 50-club member. Former College Park Mayor Andy Fellows is another parkrun supporter, and is well on his way to joining the 50-club himself. 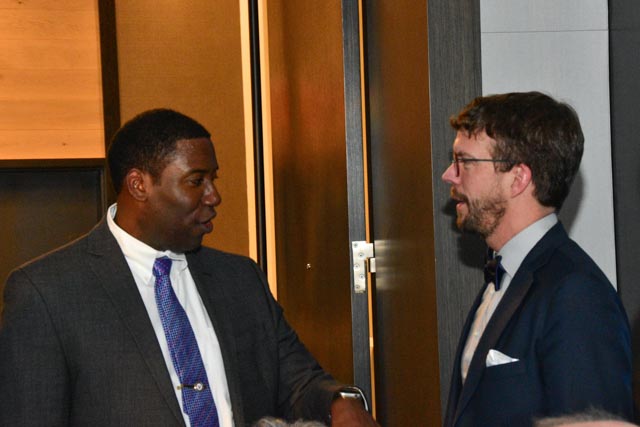 Co-Event Directors Andrea Zukowski and Colin Phillips were delighted to be joined at the awards gala by most of College Park parkrun’s team of run directors and most frequent volunteers. Almost nobody in the team knew each other before the parkrun launched in late 2016, and they come from diverse backgrounds: students and retirees; speedsters and walkers; native speakers of English, Mandarin, and Spanish; lifelong runners and people who exclusively volunteer at parkrun. 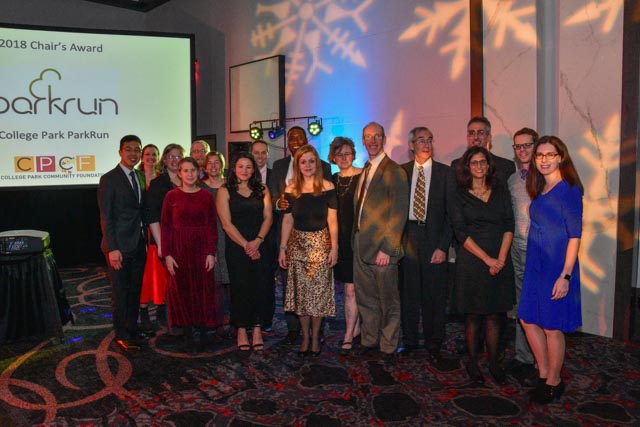 Andrea said: “Almost exactly 3 years ago, when I was struggling to get the event started, I wrote in an email: “I hope that one day it will be hard to remember that there was a time when College Park parkrun didn’t exist.” That wish came true, and it has yielded rewards far beyond what I ever imagined. It takes a village to sustain a parkrun, and participating in parkrun enriches the village. That feeling of community keeps people coming back. The fact that they are also getting outdoor exercise is just icing on the cake.”

Andrea shared a story from that morning about a community member who started coming to parkrun just to spend some time with his brother. Then he got drawn into volunteering regularly, because he enjoyed the friendly community. And then this week he decided to go ahead and walk the whole 5k for the first time. Seeing him make that step, and hearing his brother’s appreciation, is the kind of story that keeps her motivated every week.

Congratulations to the College Park team! 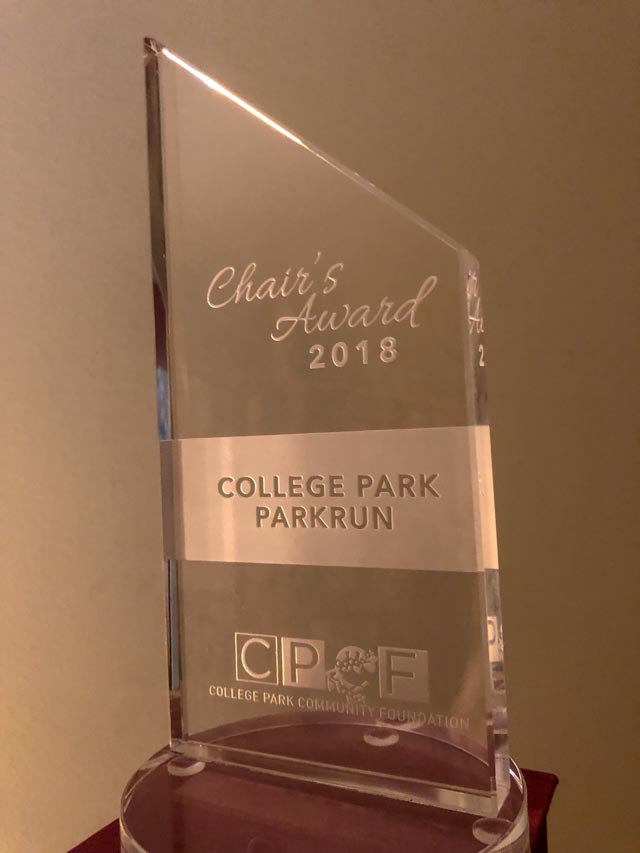 This Saturday, parkrun events in Victoria, Australia, will return, and next Saturday we are reopening another nine Russian events, of which four are completely new, taking us to 23 live events there.   Whilst these are relatively small steps, each step is a positive move forward. However, following on from last week’s update, we remain…