Adding to the History

As Jamaica Pond parkrun in Boston, MA celebrates its first birthday this weekend, the event team looks back on a first year that has surpassed all their hopes. Jamaica Pond had a storied history before parkrun, but the free, weekly meetups are quickly becoming part of the history.

Jamaica Pond already had a storied history before parkrun came along. Frederick Law Olmsted, the greatest landscape architect in the history of America, made the glacier-carved land into one of the jewels of the Emerald Necklace, a string of beautiful green spaces in Boston, Massachusetts. 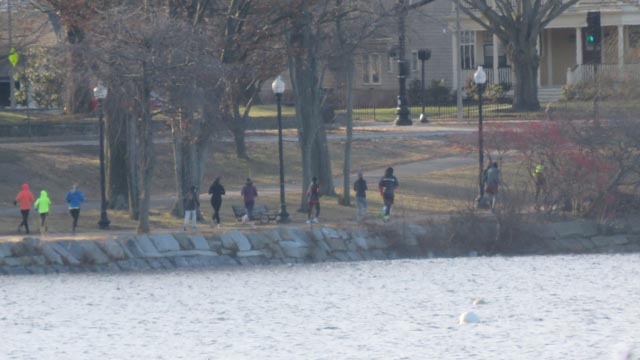 Many decades later, Bill Rodgers, the four-time Boston Marathon champion, used endless laps of the path to train his legs to compete on the world stage, well before GPS could turn every route into a precisely measured one.

So it was a tall order for our founders Laura Cornelissen and Rose Penfold, as well as original core volunteers Ben Birch and Ann Carbone, to make their own mark on Jamaica Pond. Well, this March 30th marks the first anniversary of JP parkrun, and with the heroic support of people like our very own social-media manager Wali Sabuhi, expert timekeeper Allison Amico, and James Smith, the amazing man who drills holes in the ground when it’s frozen so we can fly our flags, they have succeeded in that endeavor. 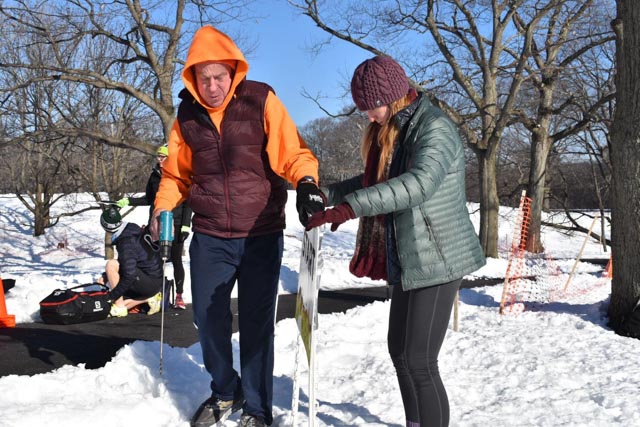 What started as “test runs” in December 2017 has grown into a community-wellness experience that draws people from all over the world, at all times of the year.

Flight attendants have changed their routes to stop off at JP parkrun. A couple from the other side of the earth celebrated their 30th wedding anniversary with us. A man from Singapore recently emailed us to ask our advice on running when the temperature dips below freezing, on the same week when we started remarking on how warm it was getting! 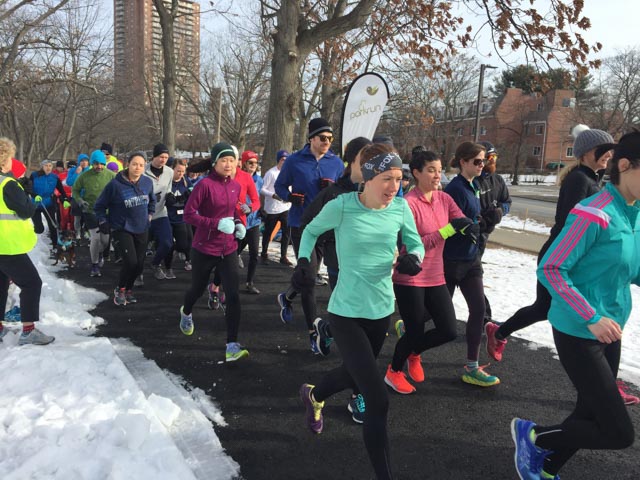 I was even lucky enough to run-direct our event two days before the Boston Marathon when the Boston Athletic Association hosts a 5k at 8 AM. That morning, I witnessed a car full of people arrive at the pond still wearing their 5k medals, then jump right into our start area, ready for their second half of a uniquely Bostonian running experience. 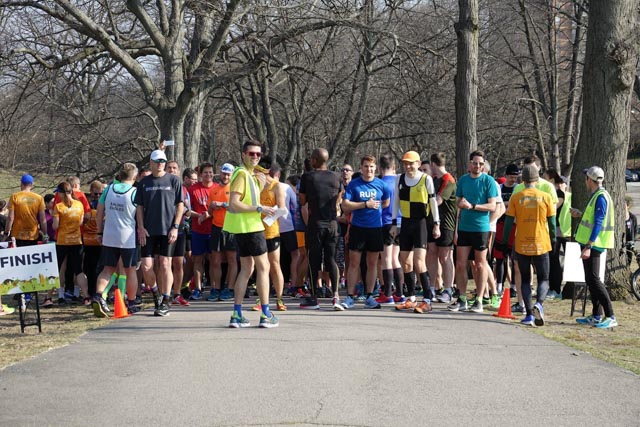 None of this would have happened, of course, without the people who join us week after week through blizzards, heat waves, breathtaking spring and fall days, and temporary course diversions to participate and volunteer. 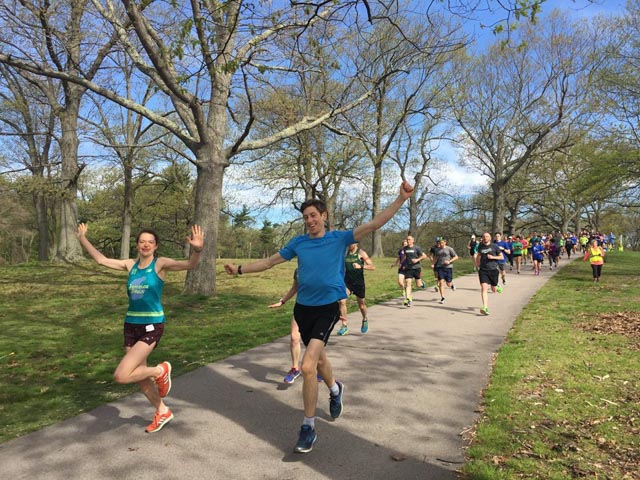 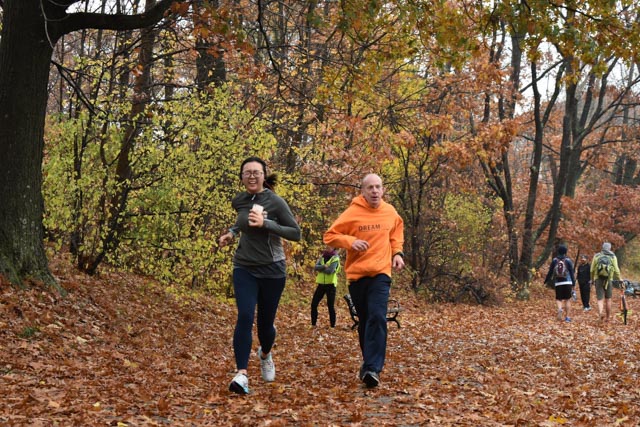 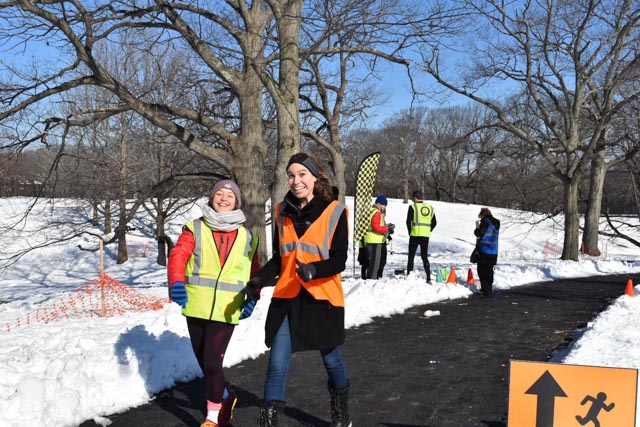 Like Jarlath Meenan, a junior parkrunner who achieved his 50 shirt while at Jamaica Pond (and recently made us brownies). Like Bob Steeves, a masters runner who’s run nearly every single week with us and is nearly to 50 himself (he’ll be the first ever to do so with all runs at JP). Like Pippa and Tom Ford, who make a long drive to get to the pond, Jon Willcox and Chamali Narangoda, who come from across the street, and everyone in between. 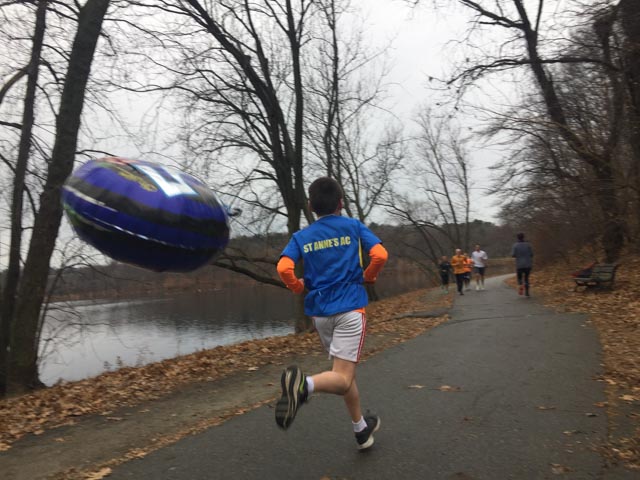 In our first year, we have held 54 free, weekly events. To our surprise, we never had to cancel, despite all that the elements sent our way. We have seen four thousand finishers, ranging from a high of 191 (Boston Marathon weekend) to a low of 30 (less than ideal weather).

We have introduced popular “pacer days” to help participants reach new personal bests. We have gained the support of local running clubs, like the Forest Hills Runners and the Dashing Whippets. 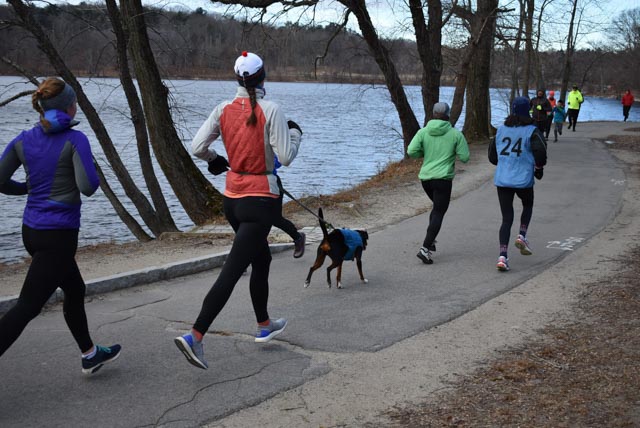 Above all, we have met an incredible number of new friends by walking and running around the pond and by meeting up afterwards at City Feed & Supply. 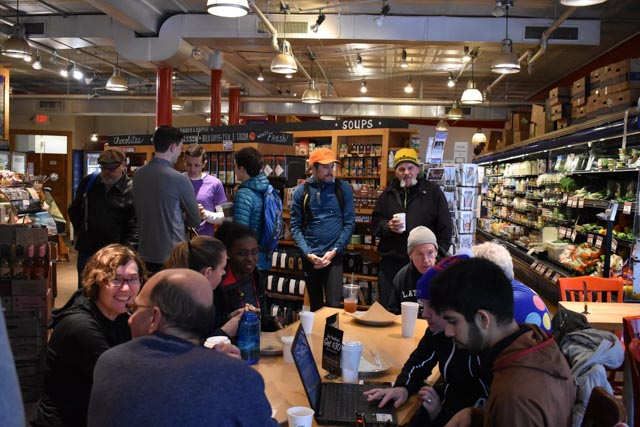 It’s safe to say we’ve made history at Jamaica Pond. Whether you are local to Boston or passing through for a visit, won’t you join us in year two to become a part of our story? 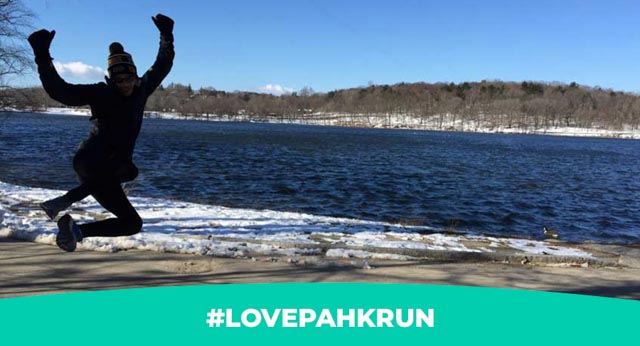