From DC to Tokyo

On April 6th parkrunners at Roosevelt Island in Washington DC and in Renton, WA celebrated the launch of Futakotamagawa parkrun in Tokyo, the first ever parkrun event in Japan. Both events felt a special connection, thanks to Iwao Ogihara, and a crazy prediction that he made after his study abroad year in DC. 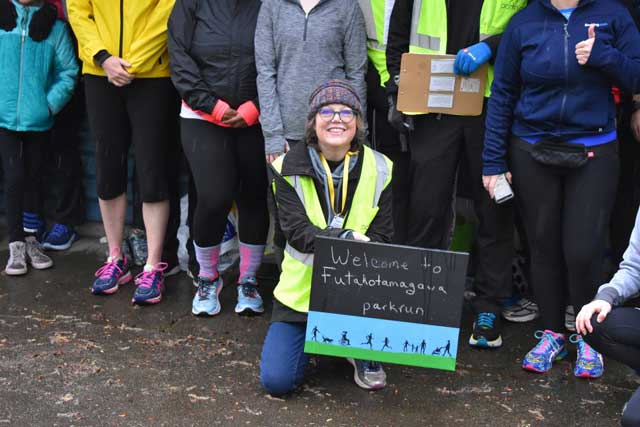 parkrun Japan recently launched with much fanfare as the 21st parkrun country. With 343 finishers at the inaugural Futakotamagawa parkrun, and a major corporate partner already in place, parkrun Japan is poised to spread rapidly.

But at the heart of every thriving parkrun event is a team of local volunteers with ties to the community. And this is where Iwao Ogihara enters the picture. Unlike many who discovered parkrun via large events in the UK, Australia, or South Africa, Iwao discovered parkrun while studying abroad in Washington DC in 2017. 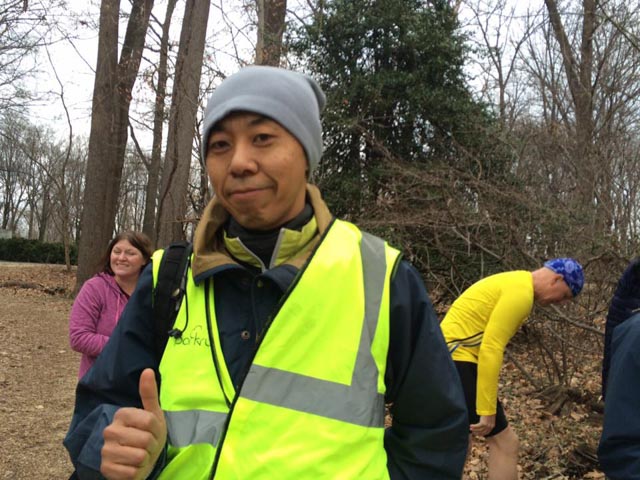 At Georgetown University in 2017, Iwao happened to find himself in the only place in North America within a couple of miles of two parkruns. At Roosevelt Island parkrun he met Darrell Stanaford, parkrun USA Country Manager, Cathryn Burby, now co-Event Director 2,500 miles away at Renton parkrun, and Joyce Adams, now a key member of the parkrun USA team.

Iwao loved to run. But at parkrun he actually volunteered more than he ran, trying his hand in different roles at DC-area events. When parkrun founder Paul Sinton-Hewitt visited College Park parkrun in Spring 2017, Iwao quickly signed up as a volunteer for the special event. 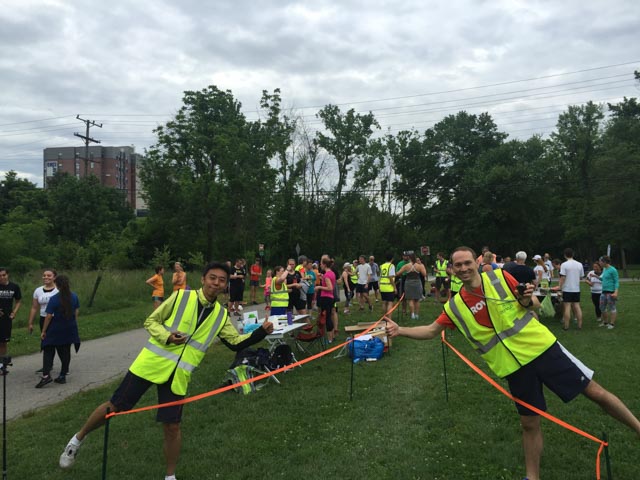 May 27th, 2017. When the DC-area parkruns teamed up to host parkrun founder Paul Sinton-Hewitt at College Park parkrun, Iwao immediately offered his help as a volunteer.

When Iwao left DC later in 2017 he said that he hoped to bring parkrun to Japan. Even he thought this was more of a dream than a serious possibility. But less than two years later, he was briefing the volunteer team ahead of Japan’s very first parkrun. At event #2 he took on the role of Run Director.

Iwao tells the rest of the story …. 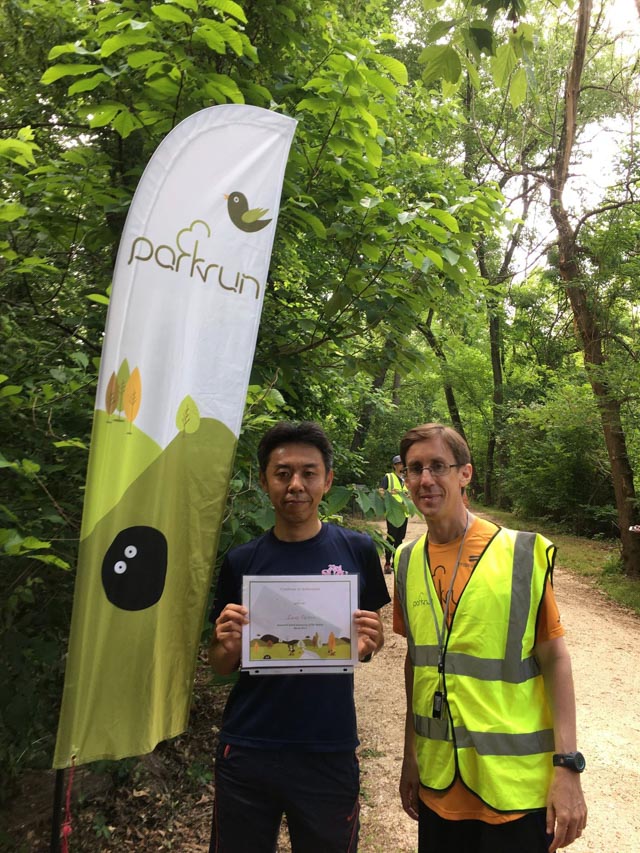 Receiving the “parkrunner of the month” award for March 2017, Roosevelt Island parkrun

Tell us how you got involved in parkrun? (And what brought you to DC?)

At that time, I was an international student at Georgetown University. And my course encouraged students to get involved in some NGO or volunteer organization to understand their background and volunteerism in the US through experiencing their activities.

Because of that, I explored an opportunity to volunteer, and I just found parkrun on a local website that was designed for recruiting volunteers for many different organizations. It said that they held a free, timed 5k running event every week and needed volunteers to manage it.

I got really interested in the activity and the scheme that made it free. So I sent email to Darrell Stanaford to ask for opportunities to volunteer. 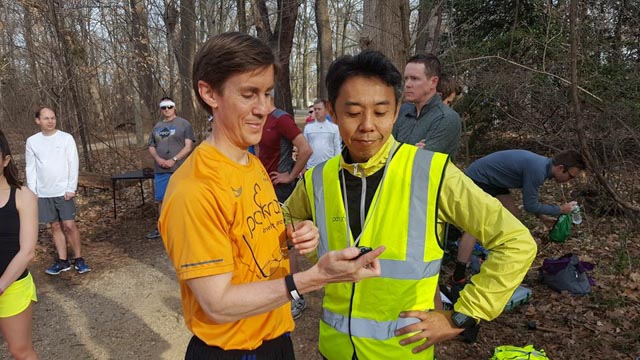 You soon came to enjoy volunteering at parkrun, and not only at Roosevelt Island. Tell us about that.

Volunteering at parkrun was fun! I love running as a runner. But more than that, I liked the atmosphere, which is very friendly and welcoming. It gave me a lot of good experiences that made me feel involved in the local community.

When you left the US you said that you hoped to help bring parkrun to Japan. Did that seem realistic at the time?

No, it didn’t! My friends Svetlana and Darrell Stanaford encouraged me to pursue this. But there were two main reasons that I didn’t think the idea was realistic at that time.

One reason was volunteering. Due to cultural differences in volunteerism between Japan and Western countries, I expected that we would face serious difficulties when we recruited volunteers and built a core volunteer team.

The other reason was the parks. In Japan park regulations are usually very strict. That made it difficult for us to get permission to use them. Also, especially in urban areas, parks are usually not so large enough for holding parkrun events. 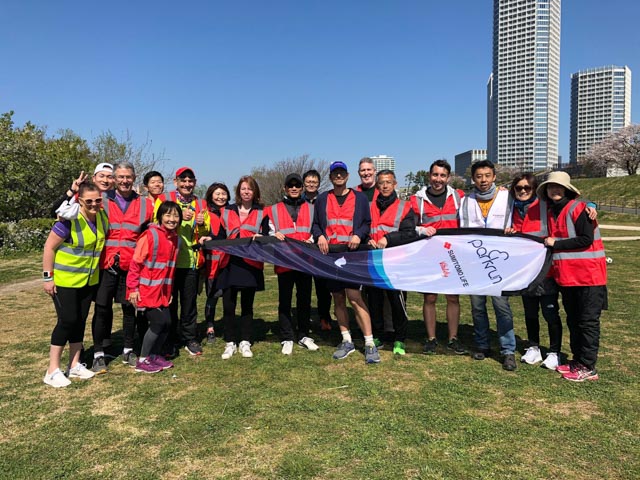 Have you continued running since returning to Japan?

Of course!  Because I love running!

How did you get involved in bringing parkrun to Japan? What has your role been?

[Members of the parkrun USA Comms Team receive parkrun newsletters from around the world. So when they saw a call for contacts in Japan, they immediately thought of Iwao, and put him in touch with parkrun leaders in the UK.]

I translated various parkrun documents and websites into Japanese, and I supported the establishment of parkrun Japan, which is a general incorporated association. I helped in researching the course and holding test runs at the current Futakotamagawa site. I’m also supporting the establishment of new events.

In particular, I have been involved with volunteer-related matters. After all, few Japanese people have ever been parkrun volunteers, so I have been doing many things related to volunteers at parkrun. 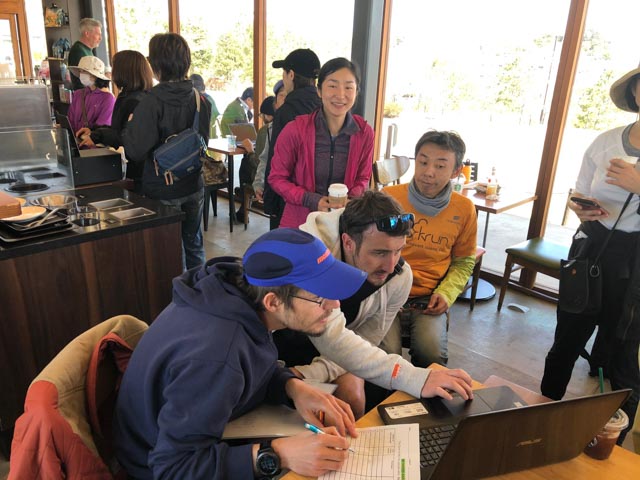 We saw a video of you giving a speech at the Futakotamagawa parkrun launch. What was that?

At that time, I gave a briefing for volunteers, which included instructions on their roles and general safety precautions for parkrunners. I also dealt with various issues related to volunteers at the day as I am the only Japanese volunteer who has much prior volunteering experience at parkrun. 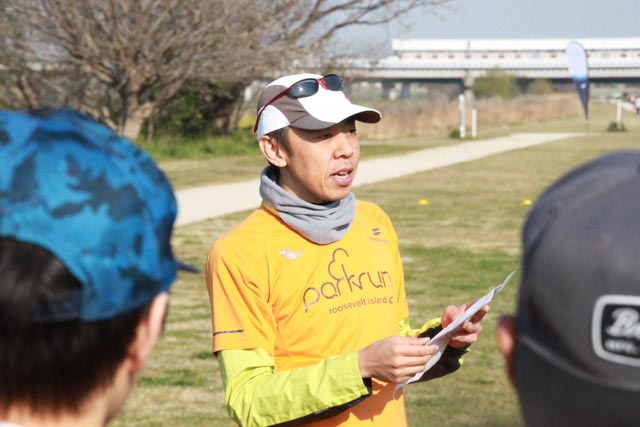 What are your hopes for Futakotamagawa parkrun and for parkrun Japan?

At present, we are still focusing on improving our event management. So, at Futakotamagawa our hope is that the event can be managed smoothly by local Japanese volunteers without support by people who had experienced volunteering at parkrun abroad.

Also, we hope to have parkrun activities take root in Japanese local communities and culture. 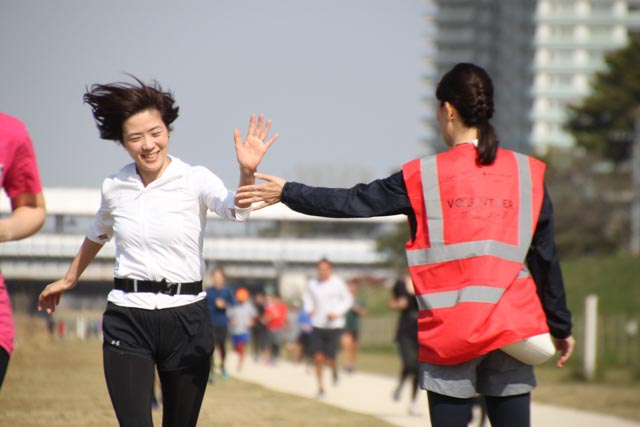 Do you notice any differences in the context for parkrun in the US and Japan?

Probably the most different thing is a sponsor. In Japan’s case, Sumitomo Life Insurance, which is a major life insurance company in Japan, wanted to start parkrun for their customers. Because of their support it was quite smooth for us to launch, and parkrun is expected to expand more quickly than in other countries.

Any chance that you’ll get to visit us at parkrun USA in the future?

Yes, of course. I hope to visit USA this autumn.

Thank you, Iwao! And congratulations on achieving your goal of helping to bring parkrun to Japan. 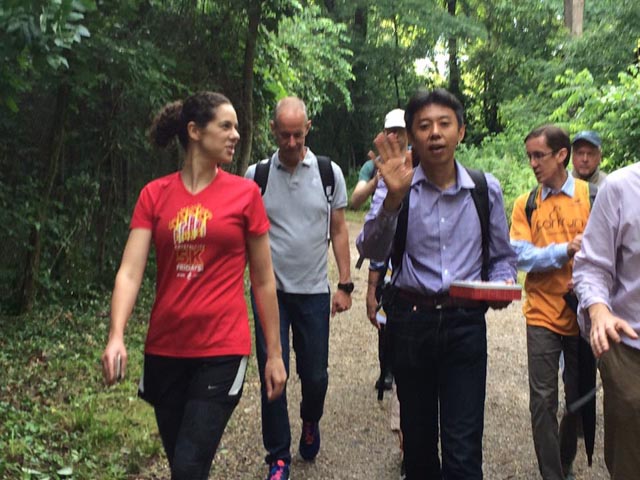 May 29th, 2017. Helping to lead a walking tour of Roosevelt Island, with parkrun founder Paul Sinton-Hewitt.

After 15 years of parkrun taking place every single week, like us, you’re probably missing your Saturday morning routine   We’ve come up with six ways you can recreate the parkrun experience whilst staying safe in the comforts of your own home…     1. Put on your kit and represent   We’re all spending the vast majority of…

Now, more than ever, we want to keep the parkrun world inspired and engaged. And what better way to do that, than with stories from you – our parkrun family.   Here’s how to get in touch with us.   We’d love to see anything you’d like to send through, but especially –   Films…