Like many parkrunners, Stewart Mayhew had been less active than he’d prefer for many years, and then decided it was time to do something about it. A few months later he discovered the friendly community at parkrun and he hasn’t looked back since, visiting all of the DC-area parkruns and checking out some more while traveling.

Stewart also has become a regular volunteer, and 7 months after his first run he was wielding the bullhorn as Run Director at College Park parkrun. He shared the story of his journey over the past year. 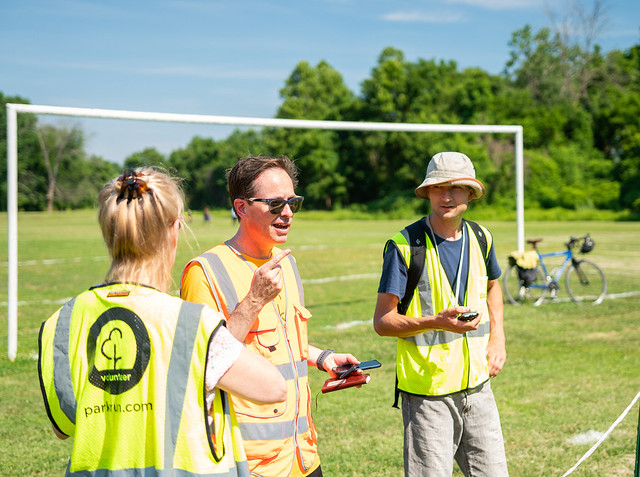 I was never into running. I had been very inactive for several decades (!) with no kind of fitness activities in my life beyond an extremely rare bike ride or short hike.

Last year, six weeks ahead of my 51st birthday, I finally bit the bullet and started functional strength training to avoid further deterioration. Shortly after that, at the suggestion of my trainer Caitlin, I downloaded the C25K (Couch-to-5K) app to my phone, and started with week one, session one.

Thus came to an end my unbroken streak of over 12 years of consecutive days of not running. In C25K, you build up endurance by alternating walking and running, with the episodes of running getting gradually longer. In week one, the running goes for 60 seconds at a time. I was able to make it for 60 seconds, but was so relieved each time when the 60 seconds was up! Following the advice of my strength trainer, who is also a runner, I did the C25K program slower than designed, two sessions per week instead of the recommended three. But I stuck with it.

I ran my first 5K on Labor Day, 2018 in Boyds, Maryland. It was hot (91F), very humid, and the course had rolling hills. Finishing felt like a big accomplishment but it was hard! I stuck with the routine a bit longer and did another 5K in October 2018 (with runners dressed in Halloween costumes) and shaved nearly a minute off my time. Now running was starting to get fun, and began to feel really good. Finally!

I looked online for other 5K runs to do and that is how I stumbled across parkrun. I live closer to the other parkrun locations in the DC area, but picked College Park in honor of my daughter, a University of Maryland grad. My first parkrun was College Park parkrun #108, on November 10, 2018. 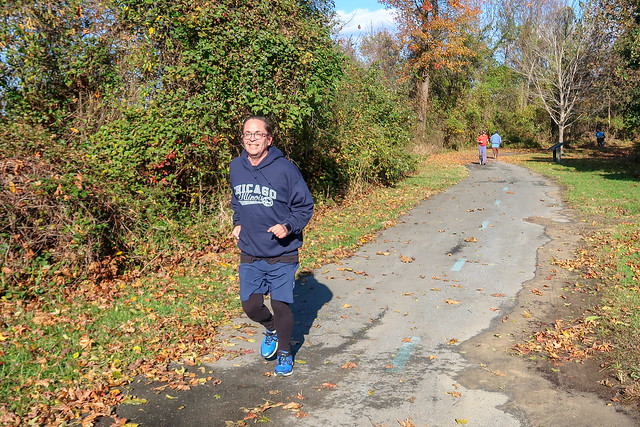 I found parkrun right at the critical moment when my new interest in running was at an inflection point, and easily could have fizzled out. College Park parkrun was the essential key that helped complete my transformation to a whole new way of life as a runner. Thanks to the great community that Andrea, Colin, and the group of wonderful volunteers and runners at CP parkrun has built up, it was not only easy to keep running, it became something to cherish.

Now I have completed 27 parkruns across nine different US locations, and have also done a few races. On April 7, 2019, the one year anniversary of when I first got off the couch and began functional training, I did my first 10-miler at the Cherry Blossom race.

Stewart has also seen his parkrun times drop sharply. In his first parkrun he finished in 28:04. 6 months later he set a PB of 22:33. That’s progress!

Stewart has also become an ambassador for parkrun, encouraging friends and work colleagues to come along to run,  walk, or volunteer. One week he brought a group  from work to Roosevelt Island parkrun in central Washington DC — that event is closer to work.

I first started volunteering at parkrun on weeks when I was tapering for a Sunday race, or else in roles that still allowed me to run, such as helping with results processing. Andrea suggested I should think about trying my hand as run director. A minor injury from the Baltimore 10-Miler gave me a few weeks off from running, which I used to learn about at the other volunteer roles. 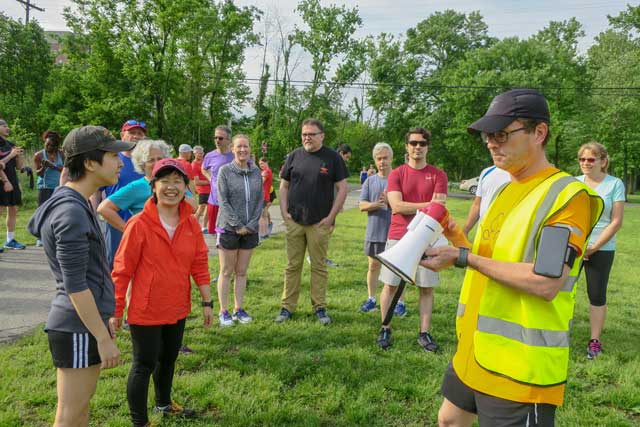 On May 11th 2019, 6 months after Stewart’s first parkrun, he had a busy day at College Park parkrun. First he gave the first-timers’ briefing. A fun way to try out your parkrun speaking skills, and a way to volunteer and run or walk on the same day. 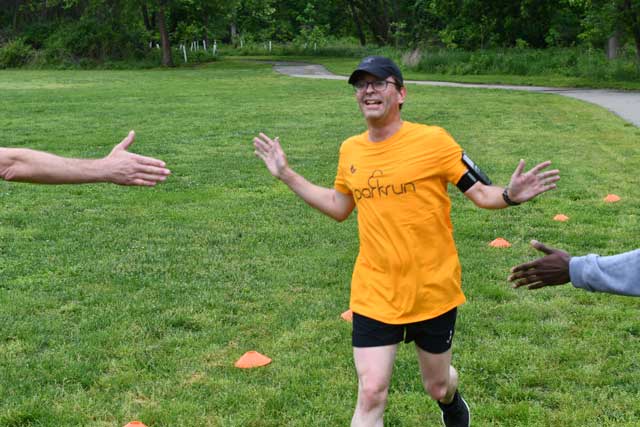 Then he went and ran a new parkrun PB, almost 6 minutes faster than his first time. 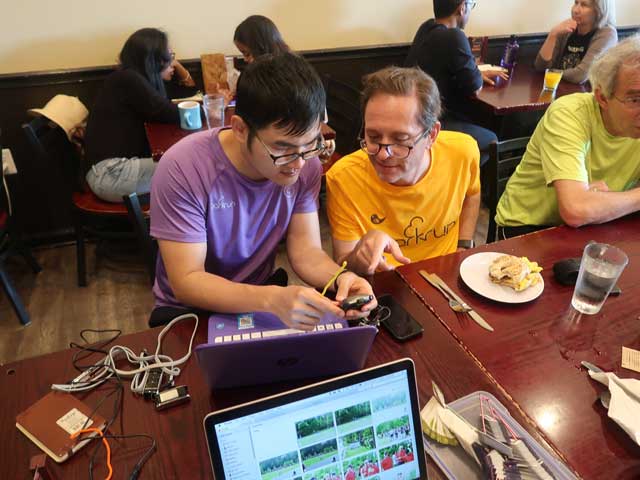 And then it was time to get a results processing tutorial from JJ Su, a member of the CP parkrun team, at the post-parkrun coffee meetup.

Unsurprisingly, Stewart’s turn as run director went entirely smoothly. And his friend Victor came along to take some amazing photos of the event, which can be found in Stewart’s full run report on the day. Stewart was back the following week as a runner, and also as a volunteer. Double the fun!

Have you tried volunteering at parkrun? Or would you like to give run directing a try? It’s easy, and it gives a whole new perspective on the event and the community. Your local parkrun team will be thrilled to hear from you if you can offer to help out. 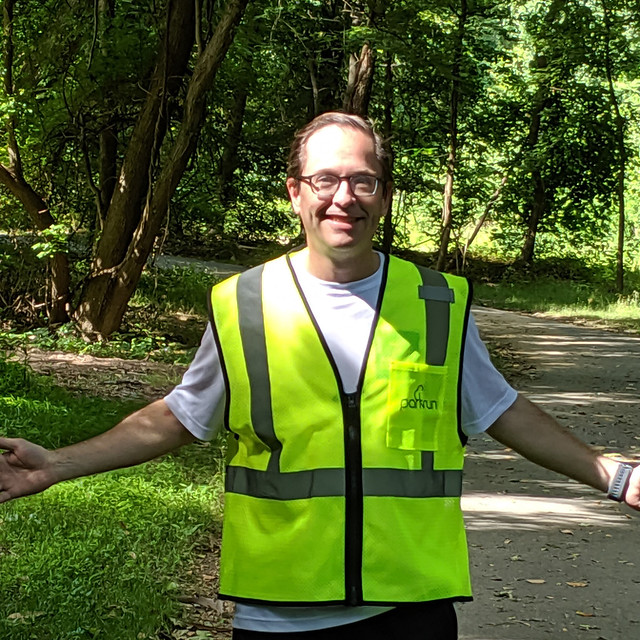