If there’s one young life to have seen more than a multitude of adults, it’s Joseph Oosterhoff from Quinns Rocks parkrun in Australia.

Looking at his youthful physique whenever he attends parkrun, one would be hesitant to think the 15-year-old has undergone numerous procedures for health conditions which have plagued him since birth – certainly none of which have stopped him from achieving his 100th parkrun last month.

Joey was diagnosed at just eight months of age with bilateral retinoblastoma (tumors in both eyes), and almost immediately had his left eye removed. Not even a toddler yet, he underwent four rounds of chemotherapy and several laser treatments to destroy the remaining tumors in his right eye.

But that’s not even the half of it.

Throughout the years, it’s been realized that Joey also has multiple learning difficulties such as motor dyspraxia and expressive language disorder, and he was diagnosed with autism in July, 2018.  At the age of about 10, it was discovered he was living with the early signs of scoliosis and was told back in June, 2018 that he would have to complete corrective surgery within the year. Not to be perturbed by the news, it was then that Joey set himself the task of reaching 100 parkruns before his operation, which will be taking place in October, 2019.

Over the past two years, the young man’s scoliosis has slowly worsened to the point that he finds it extremely difficult to run, however he enjoys parkrun and has been solely focused on achieving the centenary accomplishment, which he successfully completed on June 8, 2019 in a time of 40:47 at Quinns Rocks parkrun in Western Australia.

The strength Joey has gained from his challenges has made for proud parents Alexis and Joanne Oosterhoff, who say despite all the setbacks Joey has endured, their son is a beautiful and caring teenager who loves the parkrun community.

“He ran his first parkrun back in 2014, and he hasn’t looked back since,” dad Alexis says.

Mom Joanne was extremely proud of Joey’s accomplishments and said the parkrun community was one of his biggest supporters.

“The thing about Joey that makes your heart just burst out of your chest is the fact he is so resilient and has such a great spirit, always willing to try everything and anything,” she explains. “He’ll throw his heart into it all, and yes, it’s harder for him than anyone else we see, but he doesn’t know any better. Joey doesn’t whine, doesn’t complain, and thoroughly loves numbers so when he decided to aim for 100 parkruns, the countdown began!”

On the day of Joey’s centenary parkrun, the Quinns Rocks parkrun community wore his favourite colors of blue and green, and cheered him on as the timer started up the first 100-meter hill, and then again as he reached the finish line.

“It was a sea of blue and green coming up and down the hill, and I just burst with pride seeing him among all the runners,” Joanne reveals.  “The look on his face was priceless.” 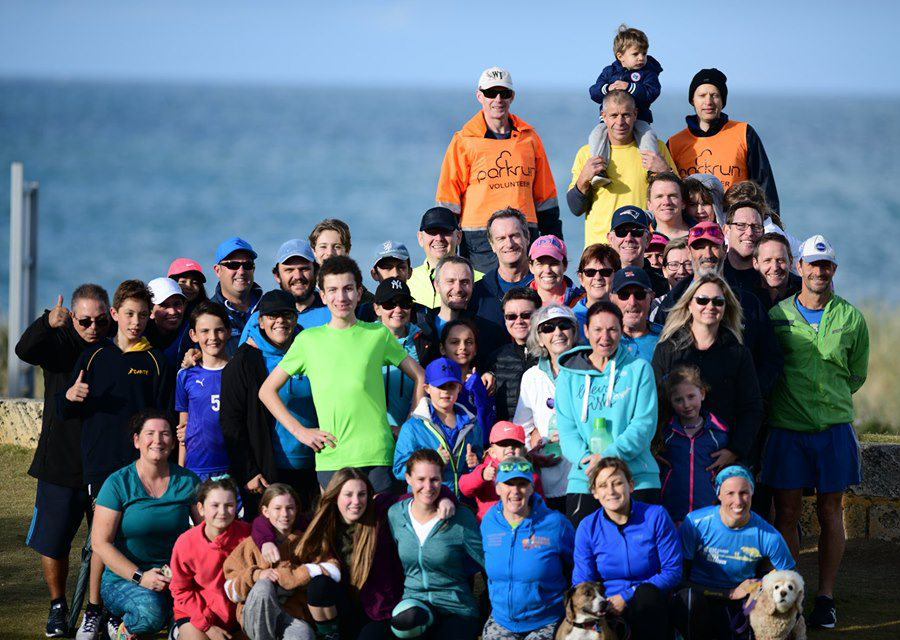 Joey is scheduled for scoliosis corrective surgery in October, which will take him out of action from running for a minimum of six weeks while he undergoes bed rest and rehabilitation, but knowing how dedicated this 15-year-old is, no one doubts he’ll be back stronger than ever before.

Joey, we wish you all the best from parkrun USA!

In a worldwide celebration of parkrun’s 16th anniversary, join us for a special month of community, the outdoors and physical activity at parktoberfest.   Have you been searching for an opportunity to have a bit of fun, walking, jogging or running in your local neighbourhood? Something that is free, easy to do and doesn’t require…

On Saturday 2 October 2004, 13 runners and five volunteers turned up to Bushy Park in Teddington, London for a free, timed, 5k run, known then as the Bushy Park Time Trial.   Little did they know what they had started.    16 years later, more than 4.4 million different people around the world have completed a parkrun…