The greater Portland, Oregon area seemingly has it all for runners and would-be runners. It has road races, trail races, cross country races, and running store group runs. The area has miles of trails and an abundance of beautiful parks. However, a local parkrun enthusiast knew that something was missing, and so he set out to bring parkrun to Portland.

Thanks to his efforts and those of the volunteer team that has come together over the past year, area residents and visitors will soon be able to enjoy a free, weekly event that bridges the gap between serious races and runners and those who would like to participate in a no-pressure 5K as walkers or casual runners. Portlanders and their neighbors in Beaverton are about to be introduced to the global phenomenon with a hyper-local, community feel called parkrun!

Chris Cullen’s love of parkrun began back in the UK in 2013, when he heard about the local parkrun in Guildford, where he was living at the time. Competitive by nature, he enjoyed the chance to push himself in the company of about one hundred and fifty other participants, and the lack of an entry fee agreed with his budget. He went back several more times over the summer, saving himself the expenses of paid races while enjoying the camaraderie of the other runners.

Fast forward a bit to when Chris moved back to the USA and attempted to start a parkrun for the first time, in Southern California. He and a woman from a local running club shared their enthusiasm for parkrun with a few local city councils, but their efforts fell flat. Since parkrun was (and still remains) largely unheard of in the US, it’s often a challenge to supersede what most think of when they hear “5K” and help decision-makers envision the unique type of event that is parkrun and the value that it can add to the community.

After another stint abroad, Chris returned to the US in 2017 and Portland became his new home. He soon learned that the Seattle area was getting its first parkrun, and he was excited! He visited the new Renton parkrun, and the memories of parkrun from four years earlier came rushing back. However, a 3+ hour drive each week wouldn’t be too convenient. He expressed his intentions to start an event in his community to Event Directors Kortney Thoma and Cathryn Burby, who took him under their wings and have been supporting his efforts since. 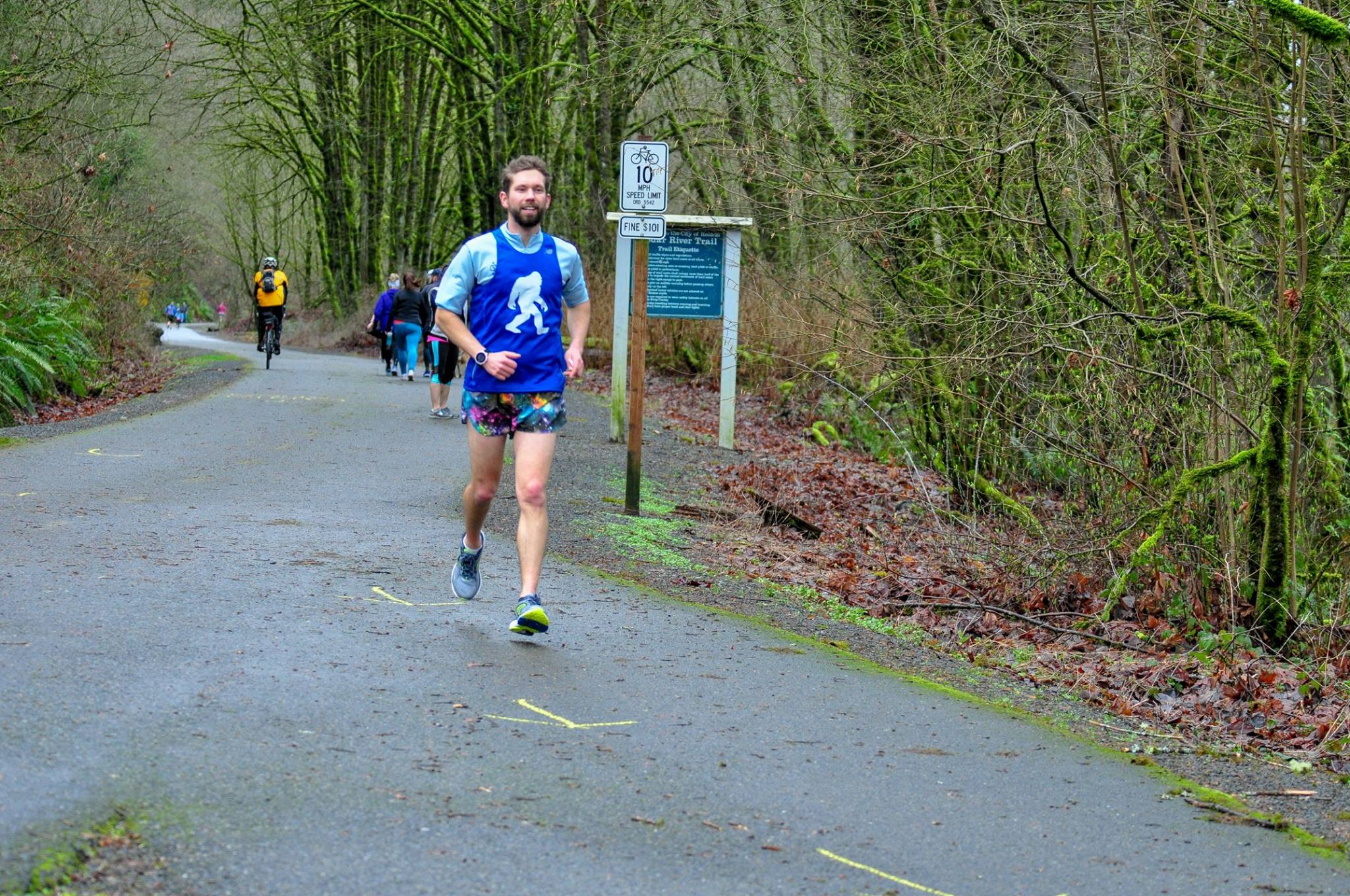 Then the search for a venue began. After studying Google Maps online and visits to Portland’s larger parks, he noticed a long, green sliver on the map he hadn’t currently considered. It was Rock Creek Trail, and it ended up being a perfect setting for a parkrun.

An uninterrupted mile-and-a-half stretch of trail would make for a beautifully simple out and back 5K course. All parkruns are 5K (3.1 miles) in length, which is long enough to be a real challenge for all abilities, and also a classic distance for avid runners to test their fitness and engage in some friendly rivalry with friends. Rock Creek Trail includes a small but manageable incline in the middle of the course, the beautiful Tualatin Hills in the distance, and trail users are treated to regular sightings of deer and eagles. 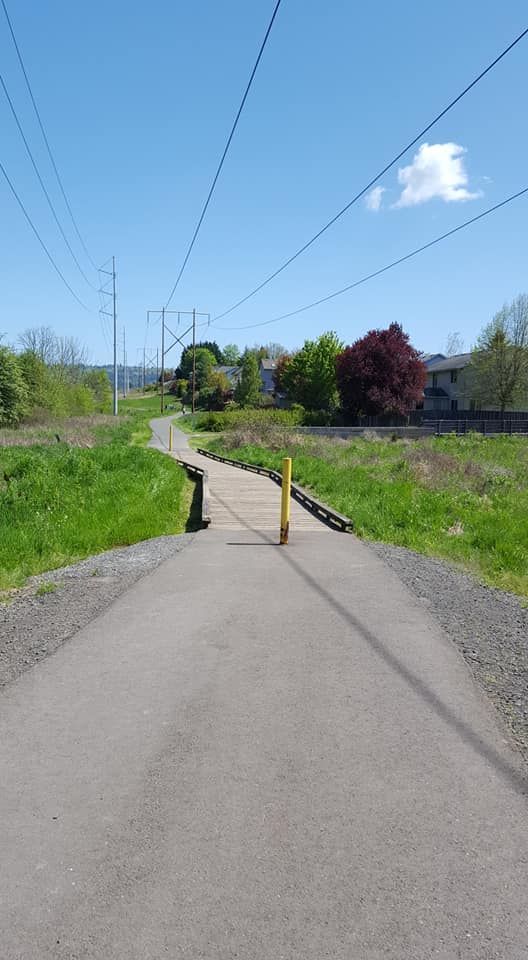 Due to the local giant tech companies and multinationals, the park is in a very culturally diverse area, even more so than the much larger city of Portland. Knowing that parkrun already brings together individuals from different cultures around the globe who otherwise might not have a chance of getting to know each other, Chris was excited about the possibility of encouraging that kind of camaraderie locally.

Fast forward another year or so, and Elizabeth Hoekstra from the new Des Moines Creek parkrun (also in the Seattle area) put Chris in contact with Martha Horner, her husband Chip, and their sons Rowan and Gwilym, who were interested in helping the local efforts. Martha and her family hail from Wales, and used to participate in Cardiff parkrun. Later on, Barry Island parkrun became their regular go-to parkrun, where they would run along the promenade and cliff tops. 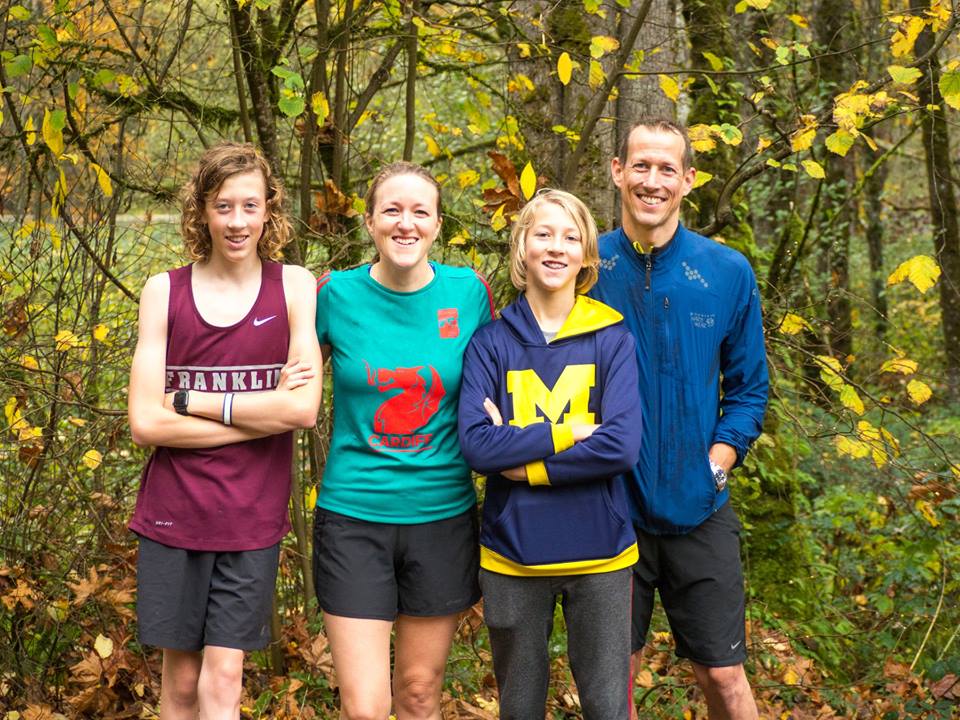 Now living in Portland, Martha and her family were keen to join the local parkrun efforts. “I am excited to bring this kind of open-hearted run to this corner of the US. There are already great options for competitive races here for a cost, but they can be intimidating or cost-prohibitive for some people. I think parkrun will bring more of the community to running. We welcome everybody,” she said.

Martha’s words truly capture the spirit of parkrun. Some of the best qualities of a parkrun are the low barriers to entry and the supportive group setting. It’s the friendliest 5K around! While some complete the course in under 20 minutes, that is hardly the norm nor the expectation. For walkers and those new to running, parkrun provides a welcoming, encouraging setting which will inspire people to come back week after week. Many have been inspired to start running or improve their running by participating in parkrun, while others enjoy parkrun’s inclusivity as walkers. 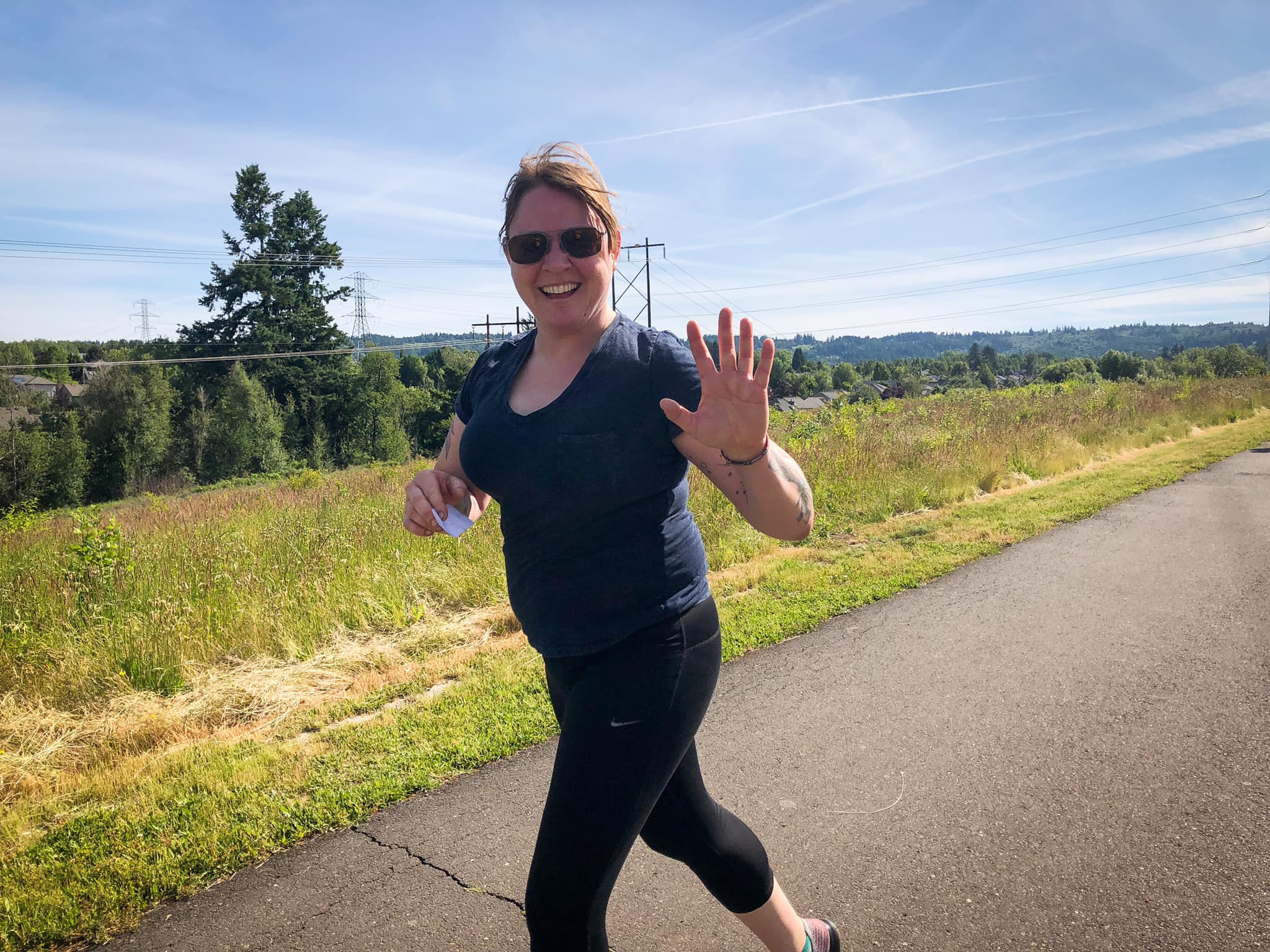 Soon after the Horners joined the parkrun efforts, the cheerful Yvonne Wallace (pictured below, in red) came on board. Yvonne hails from Ireland and discovered parkrun while living in Glasgow, Scotland. The inclusive nature of parkrun inspired her to get her foot out the door on Saturday mornings. “What I understood very early on about parkrun was that it welcomed all abilities,” she shared. “I started encouraging other women in my neighborhood to try running with me, and parkrun on a Saturday morning was an easy date,” she recalled.

She vividly remembers the time when she brought along five middle-aged women who had never run before, one of whom didn’t even have running shoes and had to borrow her daughter’s shoes! “We all started together but found our own pace and finished in times ranging from 29 mins to 52 mins, with everyone sprinting over the finish line to cheers from strangers, and tears for each other!” 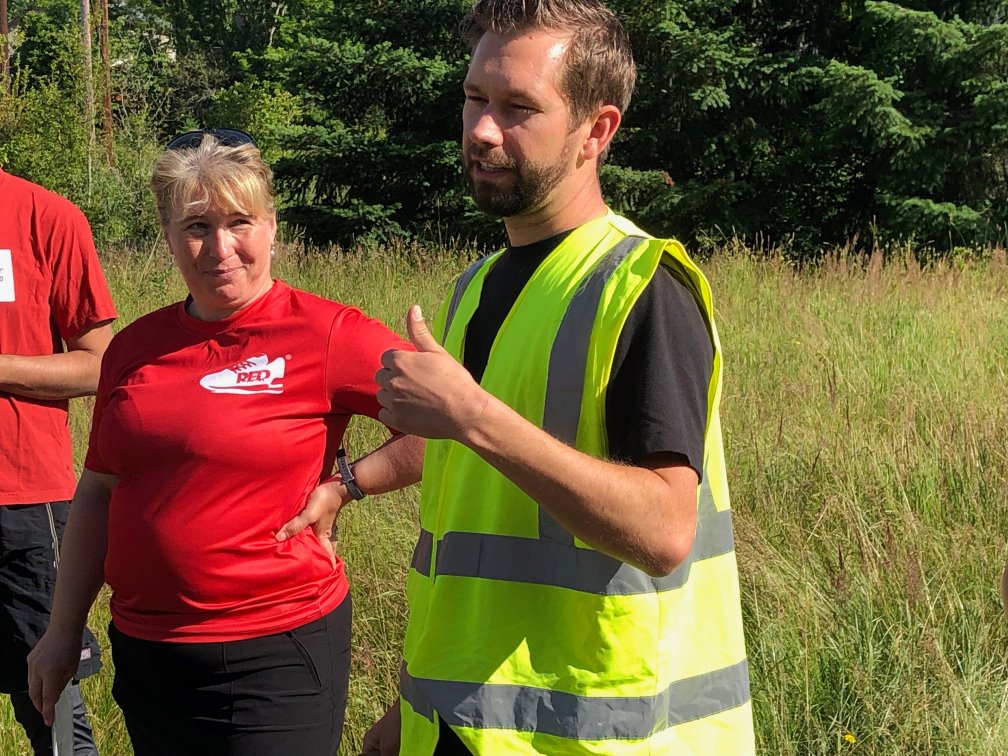 With Yvonne’s commitment to help, the core team was taking shape, fulfilling one of the 3 critical ingredients to starting a new parkrun event.

After the group met a couple of times, they decided to begin hosting group runs on their potential parkrun course on Saturday mornings, when a parkrun would take place. This would help build local interest and provide the opportunity to test out the course. They started off with just six participants on May 12, but with group runs happening every few weeks from there on, attendance grew to up to seventeen runners and walkers. Through these events, Jannell Vickers, Isaiah Harris, David Wallace, Rienna and Chris Stapelmann, Carrie Helfman, Gilbert Grundy and Moni and Jake Cothren joined the team. 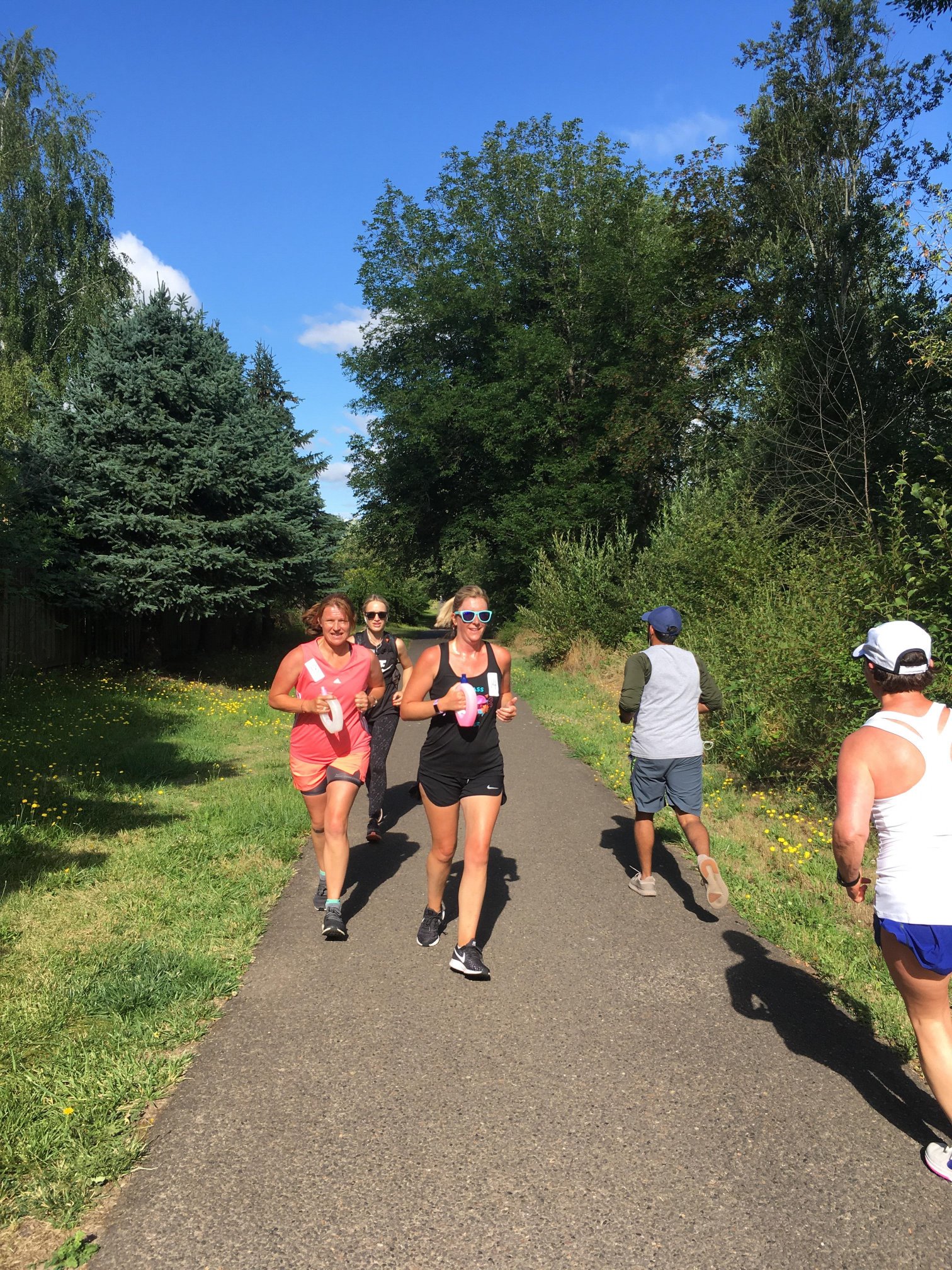 Next, they tackled the other two ingredients to starting a parkrun: permission to use the park and funding. This time, Chris was armed with new resources and knowledge shared from several other parkrun US event leaders when he approached the Tualatin Hills Parks and Recreation department. And this time, the outreach was successful!

Almost simultaneously, the team received a generous donation that enabled parkrun USA to approve a proposed launch date. Donations are still being accepted to fulfill the one-time start-up expense, but there is never a fee or expectation of a donation to be able to participate. 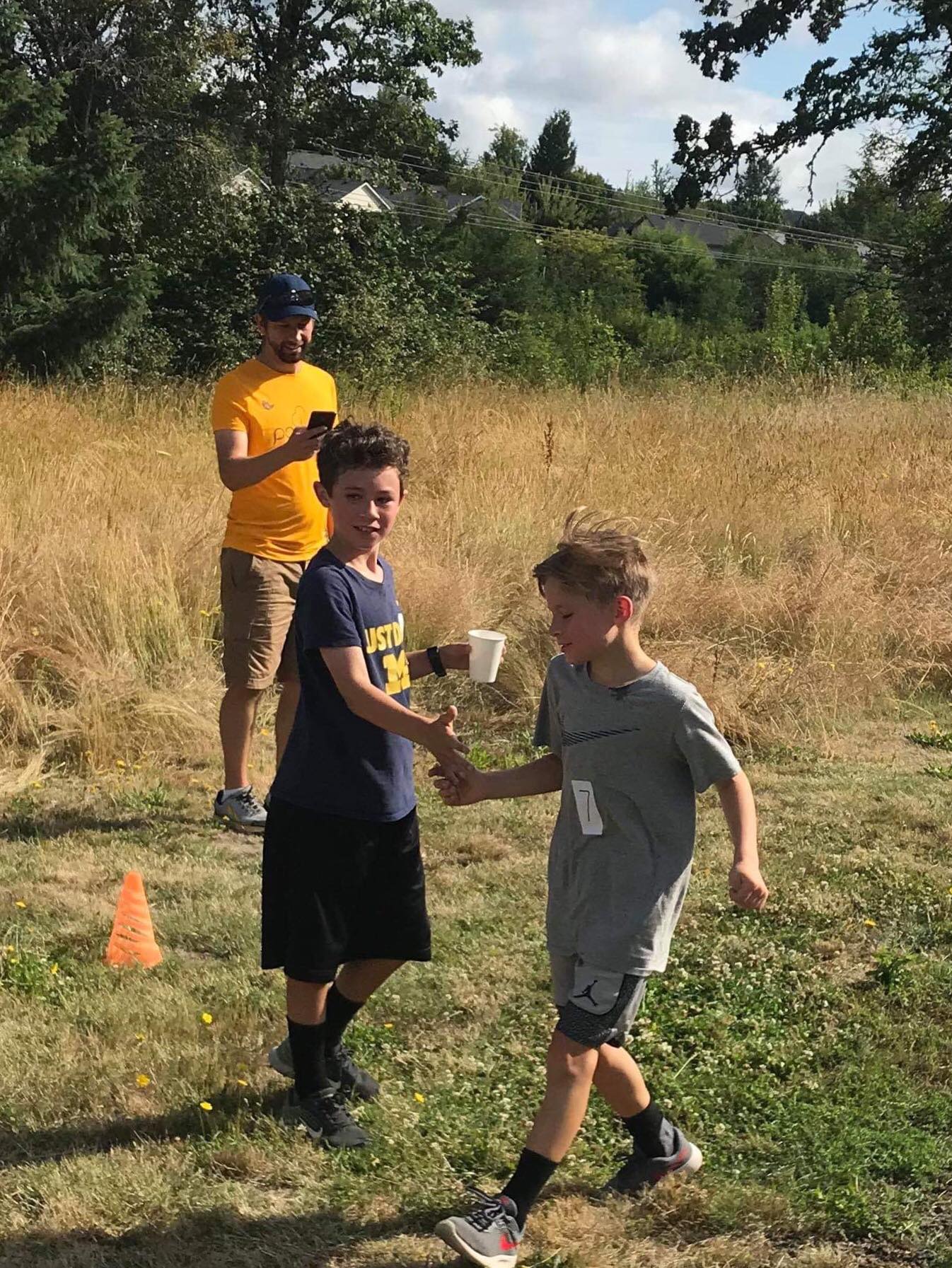 As the event is put on by volunteers each week, volunteering provides a wonderful opportunity for people to experience parkrun and support this community event. parkrun volunteers in other communities report a special feeling of satisfaction when donning hi-viz volunteer vests, and the photographic evidence suggests the experience is quite enjoyable! As humorist Leo Rosten says, “The purpose of life is not to be happy, but to matter – to be productive, to be useful, to have it make some difference that you have lived at all.” 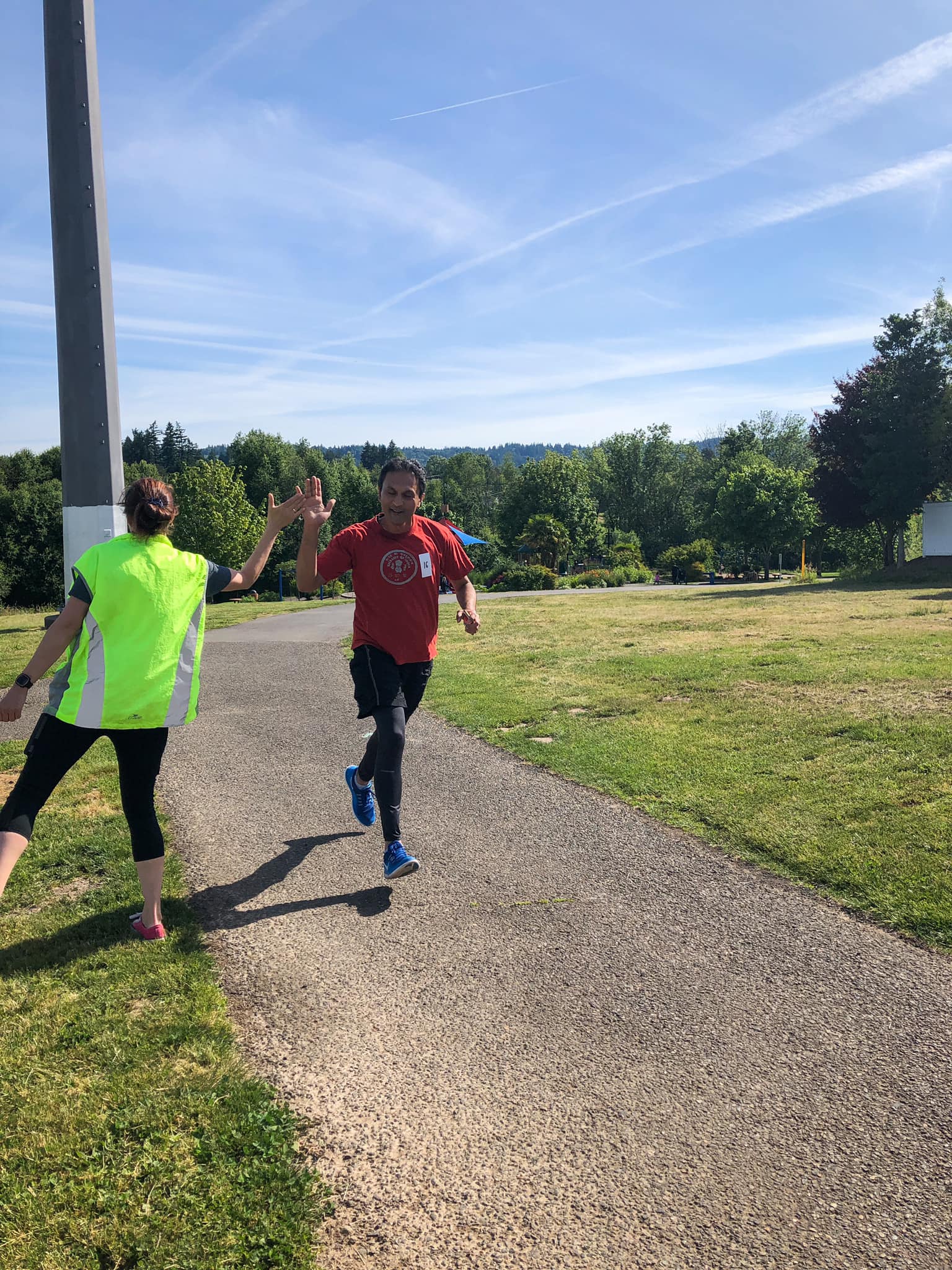 Rock Creek Trail parkrun, Oregon’s first parkrun, will launch on Saturday, September 7th at 9 am. Participants should arrive by 8:45 am for the pre-event briefing and everyone is welcome to join the crew for post-event coffee at McBee’s in the Albertson’s plaza.

For more information about Rock Creek Trail parkrun, including details on parking and the location of the start line:

You can register or sign up to volunteer through the event website. Your one-time registration enables you to participate in any parkrun around the globe (there are over 1,500) and all you need is your printed barcode that will be emailed to you. Whether you’d like to participate, volunteer, or just come observe parkrun, you’re most welcome, and the team is excited to welcome you to the parkrun community!