Starting September 14th there’s a new parkrun in Palo Alto, in the heart of California’s Silicon Valley. It will take place in a spectacular setting overlooking the San Francisco Bay. The story of Byxbee parkrun is a story of people who were brought together, sometimes through chance encounters, by a desire to do something good for their community.

California is known as a great place to be active. The weather is famously warm and sunny, the landscape is stunning, and there’s a seemingly endless number of trails waiting to be explored. It’s the perfect spot for a parkrun. Until now, Crissy Field in San Francisco was the only option for parkrunners in California, so many Bay Area locals are excited to have a new option a little closer to home at the new Byxbee parkrun in Palo Alto, which starts September 14th. 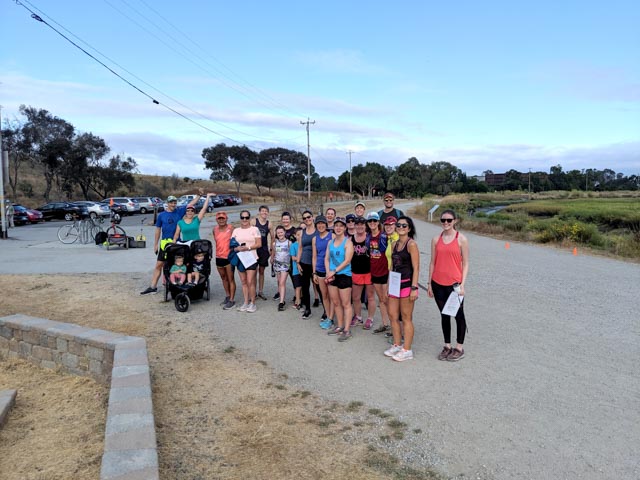 What’s parkrun? It’s a free, weekly, timed 5km run where locals gather to run, walk or jog in a local park around a 5km course. They are supported by a rotating cast of volunteers who are themselves parkrunners. And it’s a just a run, not a race. No prizes. No swag. Everyone participates at their own pace, no one ever finishes last. There’s a volunteer Tail Walker whose job it is to finish last.

Did we mention it’s free? Unlike many 5km fun runs, there are no registration fees, timing chips, or queues to collect a bib. Simply register once at http://www.parkrun.us/register, print out your personal barcode and head to your local parkrun on Saturday morning.

Even better, once you have a parkrun barcode, you can participate at any of the 40 parkrun locations around the USA or more than 1500 parkrun events around the world. parkrun (the little ‘p’ is intentional) started in a London park in 2004 but is now rapidly spreading in the US with events also in Canada, Europe, Australia, and beyond. 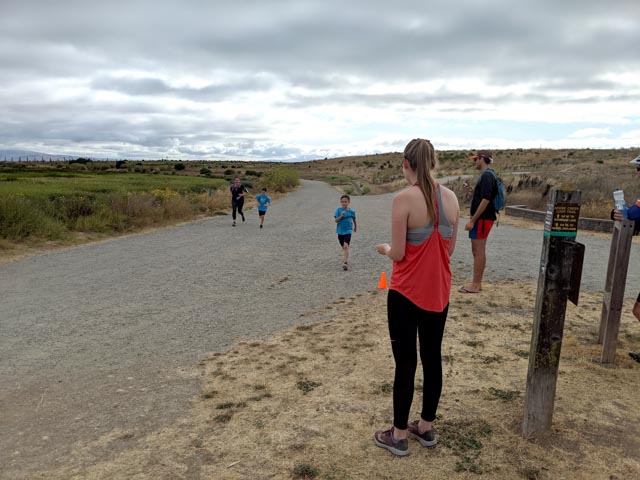 Run Through the Wetlands

Like most early parkrun teams, Co-Event Director Sarah Hudson spent several months looking for the perfect location before settling on Byxbee Park. “In those early days, I met up at a Starbucks with Nina and Rajesh (two other parkrun enthusiasts) and we agreed to try building some parkrun awareness. We were all from different areas so it was hard to find a location but we knew it needed to be in the Bay Area.”

They started a Facebook group to share their ideas and plans, and then they held a few informal runs to test out course options. Sunnyvale was eliminated early on because of winter hunting there; Mountain View was nice, but no dogs were allowed and it had much busier trails; finally the team tried Byxbee Park in Palo Alto and found their best option yet.

“The parks department liked the idea but their main concern was the limited parking, We hope that over time we can show them that we will use the space responsibly. We are encouraging participants to park a bit further away and walk to parkrun,” said Sarah.

Byxbee Park is located in the picturesque Palo Alto Baylands Nature Preserve, in the heart of Silicon Valley. Laced with trails that join the wider San Francisco Bay Trail, it’s a popular hiking, running and cycling area, and an ideal place for a new parkrun, featuring some of the best weather that California has to offer. It’s also popular with bird watchers and photographers, The Palo Alto Baylands Nature Preserve is home to a wide array of wildlife with stunning panoramic views of the Bay.

“The Palo Alto Baylands are a massive area and the largest area of untouched Baylands in the region. It’s all interconnected with paths and lots of people use it as a way to commute. It’s very flat and you can see for up to 10 or 15 miles! Trails wind through the creeks and wetland areas and there are tons of birds! Geese, ducks, and even pelicans nest here,” explained Sarah.

Click here for a larger map version, or for the City of Palo Alto’s trail map and brochure. 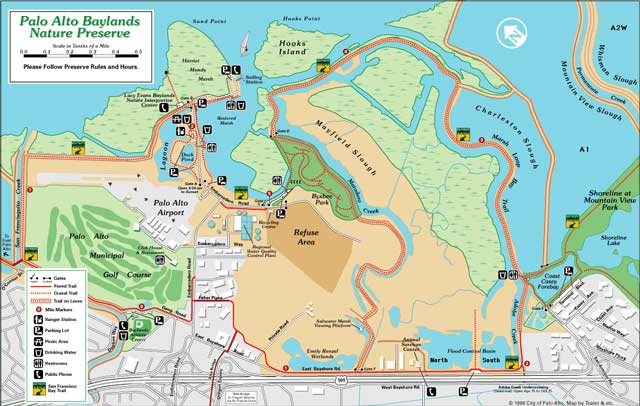 All parkrun events are led by a dedicated team of locals. One of the key roles of parkrun USA, the volunteer organization that coordinates parkrun across the US, is to help connect people who express interest in bringing a parkrun to their area, but who don’t yet know each other. Over the past two years, several people have inquired about starting a Silicon Valley event.

Heather Birchall was one of those early enquiries.

Originally from Lancaster in the UK, Heather has used her experience working with charities and non-profit organizations to help Byxbee parkrun fundraise, though she wasn’t always a passionate parkrunner. It wasn’t until recently that Heather was familiar with parkrun.

“I had a friend in the Bay Area who had wanted to start a parkrun for about 5 years but I didn’t know much about parkrun at the time. My parents, who are in their 60s and 70s and live in the UK, had been talking about it and the amazing community of friends they made there, so I thought maybe my friend was onto something and parkrun might be something I’d enjoy too. Eventually, I started doing Crissy Field parkrun (in San Francisco) every few months and I thought ‘Wow! This atmosphere is amazing!’

I was at one event at Crissy Field and someone mentioned the effort to start an event in the valley. I found Sarah’s Facebook group and I met her for a chat in Palo Alto. Things really took off from there. If I hadn’t gone that one day to Crissy Field, I probably still wouldn’t know about the Silicon Valley parkrun team.” 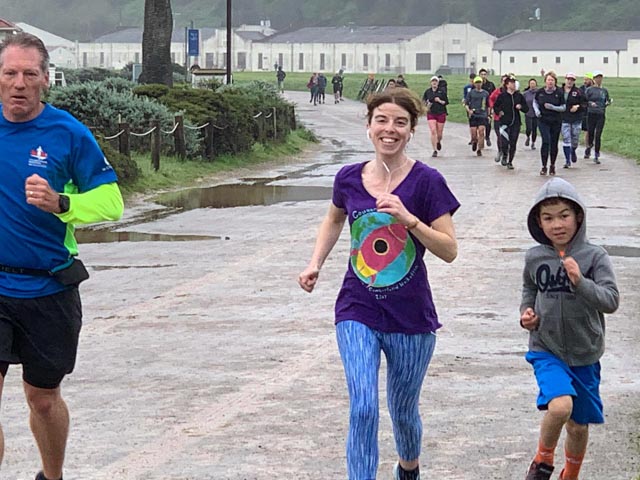 Another team member is Co-Event Director, Sam Stow. Sam is a competitive runner from Australia who leads workshops that help other runners improve their form, and he is always ready to offer a word of encouragement and support. He has been instrumental in spreading the word about parkrun to local run groups, and looks forward to helping them make parkrun a regular part of their running week.

“Training for running on your own is hard but having weekly contact with people and a community of runners is important and motivating,” says Sam. “It helps keep you going, feel connected, stay motivated during the week. One thing I’ve learned since starting to promote parkrun is the positive impact it can have on people’s lives. It’s something I haven’t really considered before. Many people find going out and running quite lonely. I met a dad recently with 5 kids in cross country and he’s really enthusiastic about it. He wants to get some of our East Palo Alto residents out there and involved. I’m looking forward to seeing our community grow.” 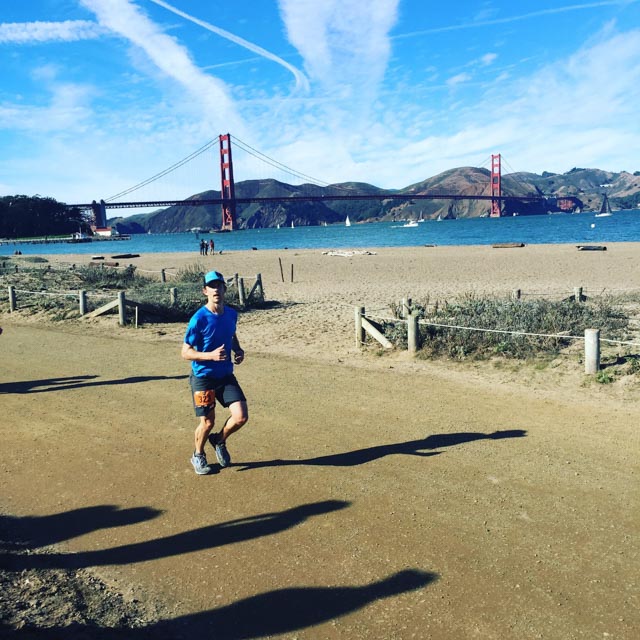 But the driving force behind Byxbee parkrun is Co-Event Director Sarah Hudson. Sarah is a parkrun veteran who has completed 139 parkruns at 14 different locations, and volunteered 25 times in a range of roles. Originally from Sydney in Australia, she currently lives in Palo Alto with her husband and son, and she has become an enthusiastic cyclist and zero waste enthusiast since moving to the area.

Speaking on what motivated her, Sarah says, “I love parkrun and I’ve missed this regular feature on my schedule and the social part of the parkrun community. I really wanted to get my parkrun back so there’s been some self interest in starting one here. It’s taken quite a bit of sustained effort but I guess I just felt like if I gave up then it wouldn’t happen at all, and that would be a shame. Most people don’t know what parkrun is so it takes a bit of time and effort to get people familiar with it. I just kept telling myself to stick with it and slowly our team has grown.” 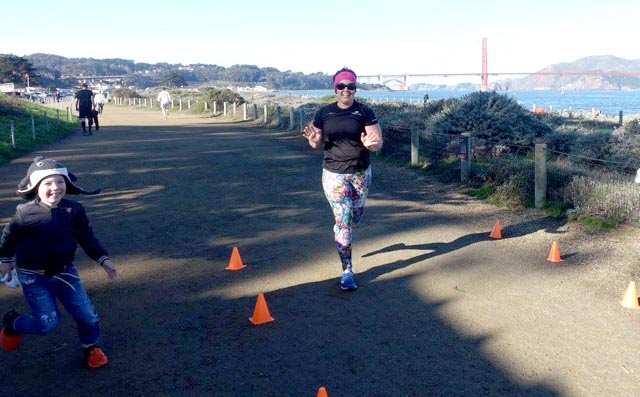 But it’s not the leadership that makes parkrun special – it’s all of the friendships formed there and the sense of accomplishment you feel after getting out for some morning exercise. “parkrun gives me an amazing sense of coming together and I always go home feeling great,” says Heather. “It really is a lovely way to start the weekend. I’ve never once regretted doing a parkrun – everyone is so nice!”

The team hopes that Byxbee parkrun is only the start of the parkrun story in the Bay Area and they look forward to welcoming more Bay Area parkruns in the future.

A parkrun doesn’t happen without support and there are several groups to thank.

They also want to thank the many generous community supporters who have made the event possible: employees at Google and the incredible team at A Runner’s Mind in Los Altos who have helped to spread the word.

And a big thank you to the wider team of family, friends, supporters and volunteers who have generously given their time and support throughout the planning phase. 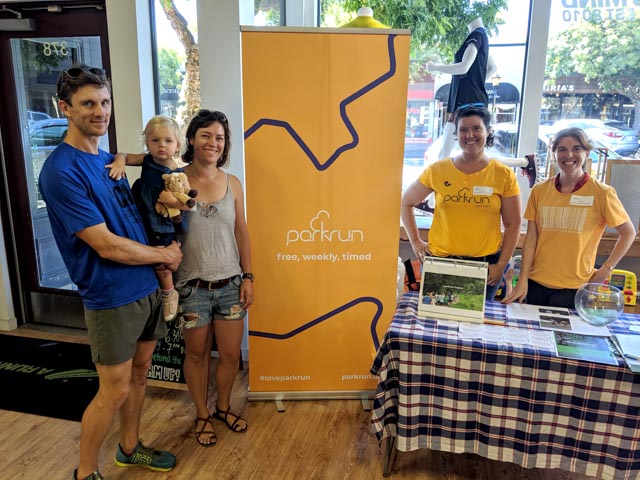 FREE one-time registration gets a personal barcode that you can print out, then just show up at any parkrun event, in Palo Alto or worldwide.

All ages are welcome, from age 4 upwards. Under 11s must stay with a responsible adult. Strollers and dogs (on a short leash!) are also welcome.

Coffee Meetup: after every parkrun join the community for coffee at the Palo Alto Baylands Golf Course Cafe. 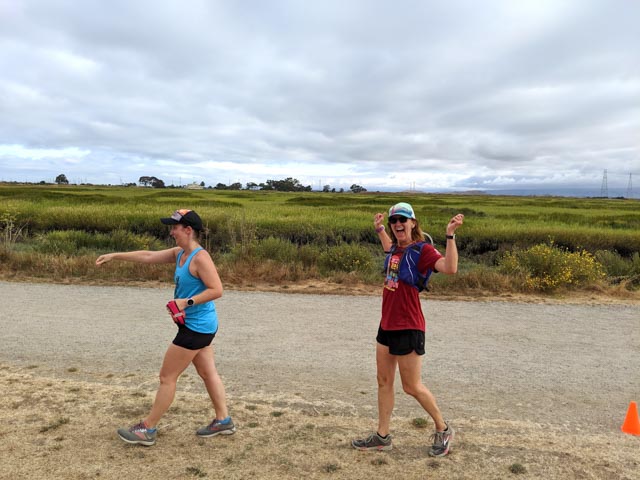