The trail treats us all the same

“One year ago today I went to Colonial Park for the launch of a strange thing called parkrun.

Little did I know the treasure I had stumbled upon.”

Last August the news about parkrun coming to central New Jersey was our most widely read launch story ever. Mostly due to interest from visitors from far away. One year on, the story of Delaware and Raritan Canal parkrun is about the growth of a local community that goes the extra mile, again and again, to make everybody feel at home.

There are so many other individuals and stories that are the foundation of every parkrun community. But these few examples give a flavor. 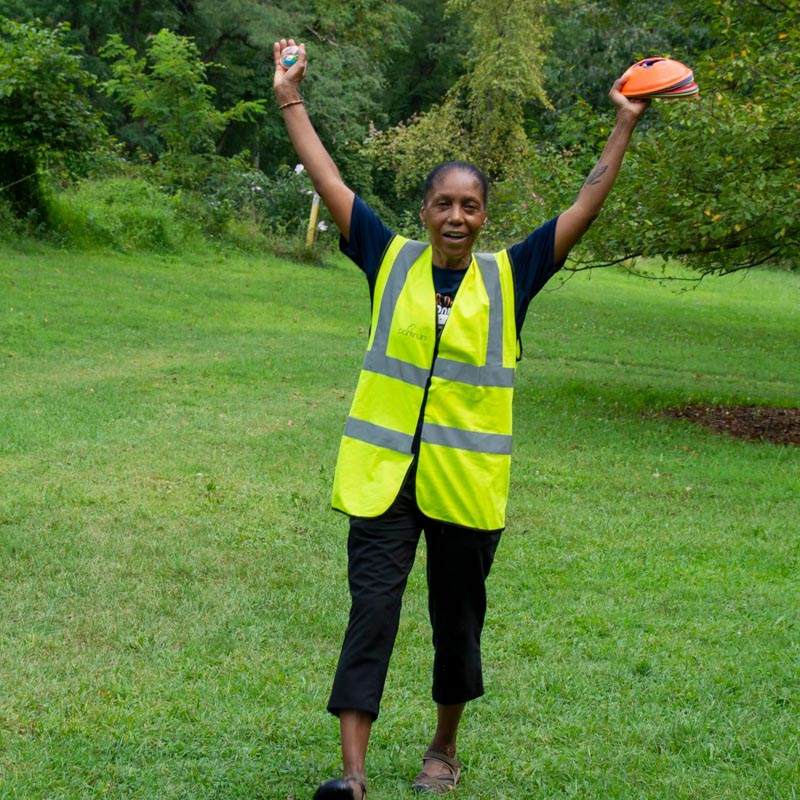 “One year ago today I went to Colonial Park for the launch of a strange thing called parkrun (little ‘p’ intentional). That day I finished the 5k in 40 minutes 23 seconds. I was just getting back into running after giving birth, and longing for a running community.

Little did I know the treasure I had stumbled upon. Over the last year so much has strengthened: my legs, my temperature tolerance, and friendships new and old. I have since run a 5k faster than ever before in my life – and I credit this community.

We’re all equals at parkrun – young or old, fast or slow, wearing old T shirts or new techwear – the trail treats us the same and we all share the same title: parkrunner.” 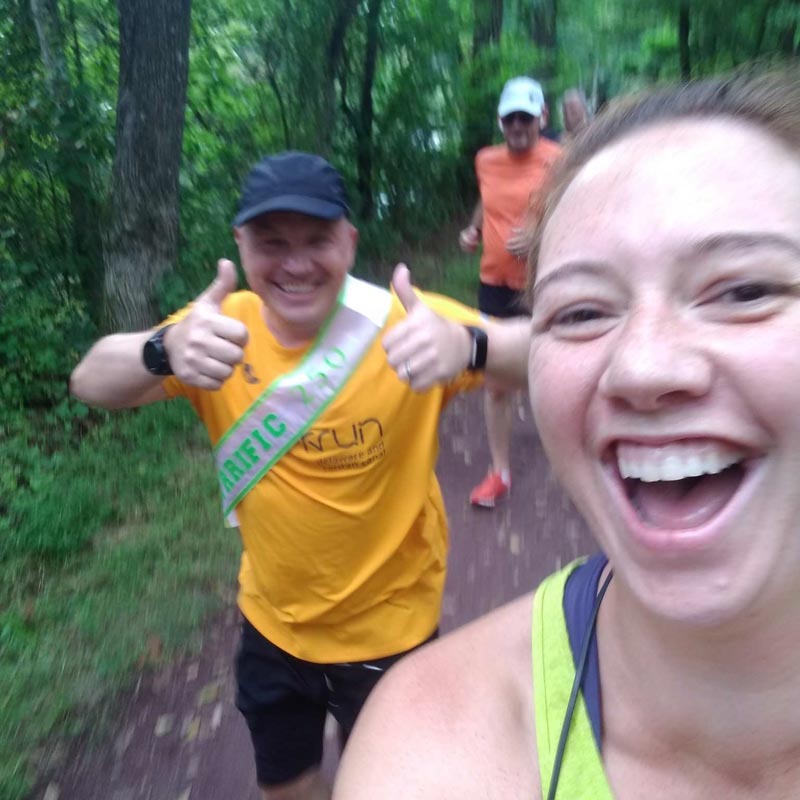 Frank Falotico is in his 70s, and he is as close as you can get to an ever-present at Delaware & Raritan Canal parkrun.

Aside from two weeks in the spring when he was out of town, Frank has been at every single edition of D&RC parkrun. This week he’ll become the first home-grown 50 club member.

For the birthday, Frank painted a picture that he presented to the D&RC parkrun community. And the same painting was featured on the birthday cake. 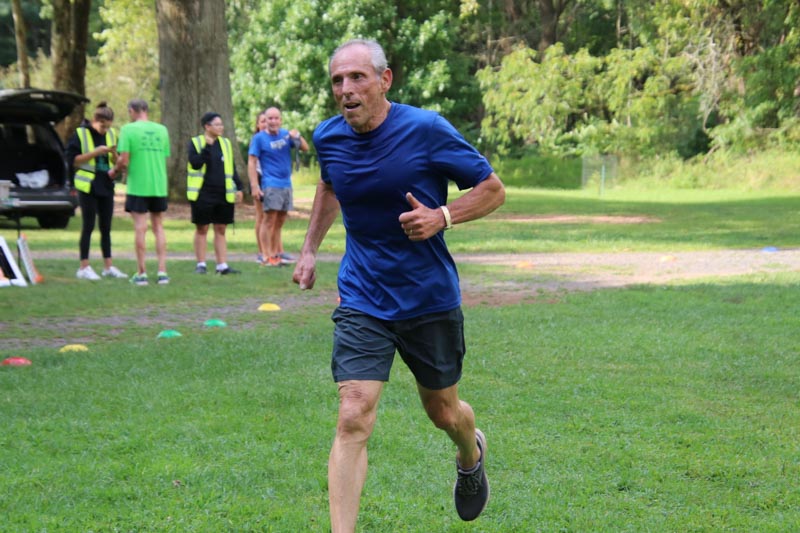 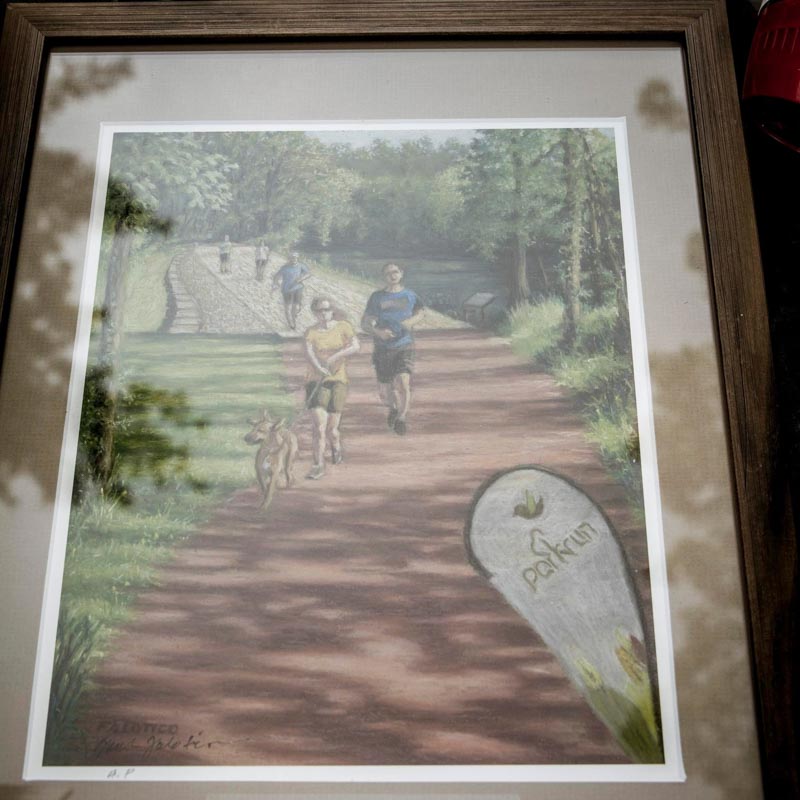 Few people show the meaning of “parkrun is for everyone” more than Patrick. Patrick walks slowly, with the aid of a walker, and he has no prospect of ever completing a 5k.

But at D&RC parkrun Patrick is welcomed as a friend, and supported as he covers as much of the trail as he can.

Patrick discovered the D&RC community in the winter, and he has kept coming back week after week because he feels so at home there. 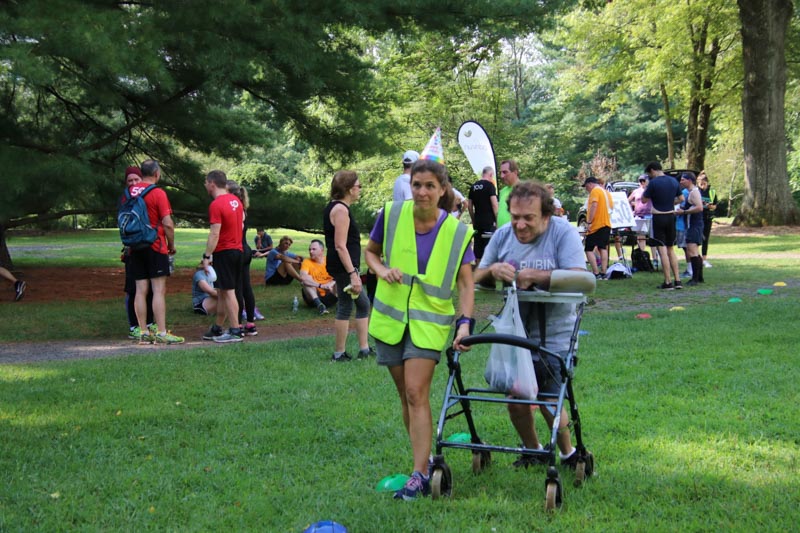 D&RC parkrun is within striking distance of New York City. At least as the crow flies. So it’s no surprise that the event draws frequent parkrun tourists. But it’s a bit of a trek to get there. After a 1-hour train journey on NJ Transit, it’s a few more miles to get to Colonial Park.

So shortly after the launch of D&RC parkrun, community members came up with the idea to coordinate rides from local train stations for visitors. And thus was born the “voluntaxi” role.

Sometimes at popular destinations for “parkrun tourism” the visitors get to meet other visitors. But at D&RC parkrun they really get to know the locals. 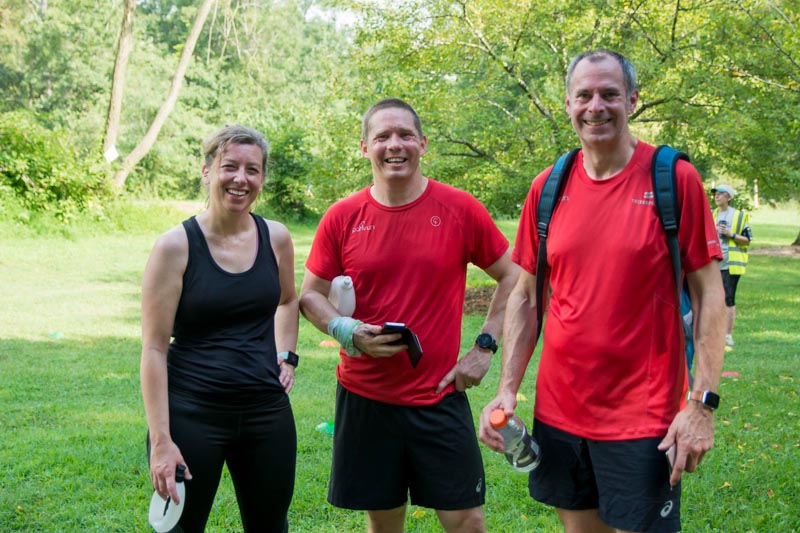 Fast-talking Irishman Rory Murphy has a barcode number of A29328. So what? Barcode numbers are issued in sequence, and now there are over 6 million worldwide. So Rory counts as a Rather Early Adopter. His first parkrun was at Richmond Park parkrun in 2009.

This week Rory joined the parkrun 250 Club. His D&RC friends made a special celebration for him. Rory is well known for his parkrun selfies. So they made a custom selfie frame, so that everybody can get a Rory selfie, even on days when he’s not around. 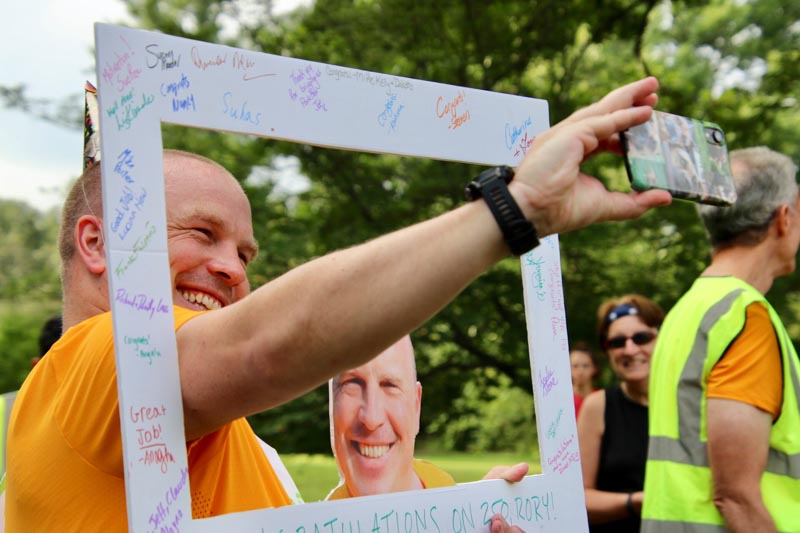 But Rory has done so much for parkrun in the intervening 10 years. After becoming a regular at Bedfont Lakes parkrun he eventually became Event Director. Later he became a parkrun UK ambassador, responsible for overseeing parkruns in SW London, the cradle of parkrun.

In 2016 work responsibilities moved Rory to the US. Fortunately within striking distance of Washington DC, which was becoming the cradle of parkrun in the US. He set to work bringing parkrun to Baltimore, while supporting the new College Park parkrun. Then shortly after launching Leakin Park parkrun in Baltimore another work move took him to NJ, where he worked for over a year to develop a venue and a team for NJ’s first parkrun, while also supporting many other US parkrun events.

So Rory has every reason to feel good about the thriving D&RC parkrun community as the event turns one year old. 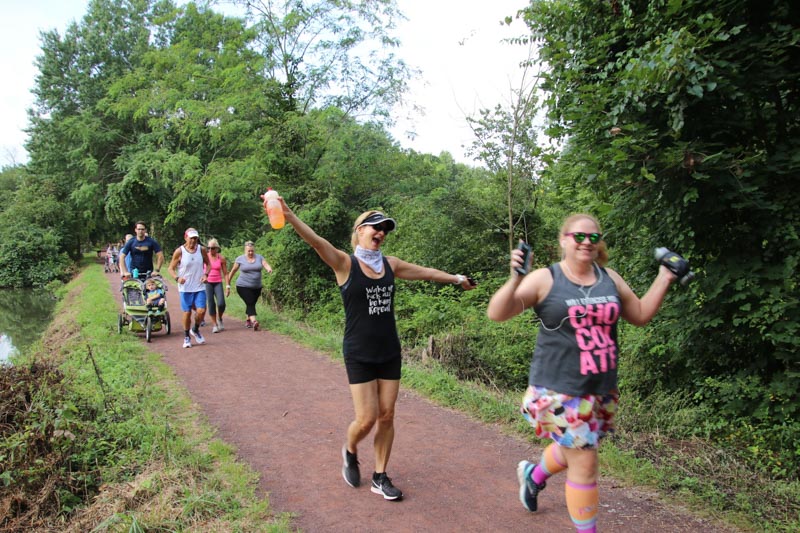 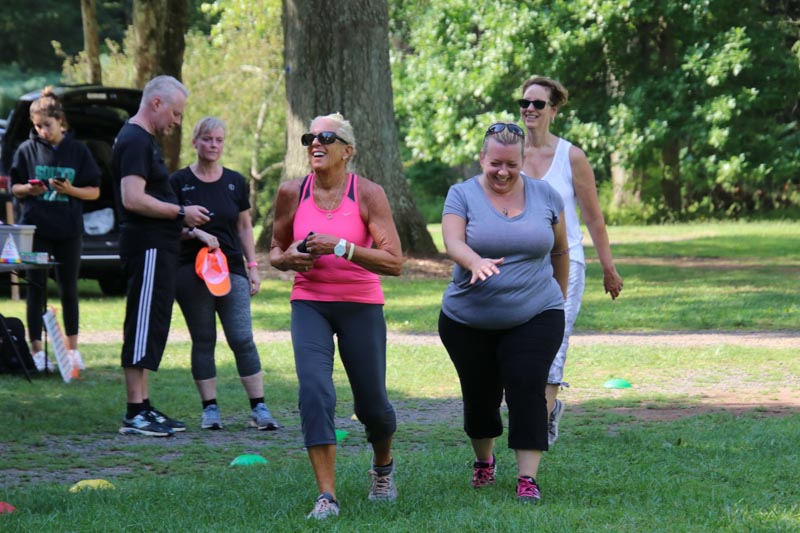 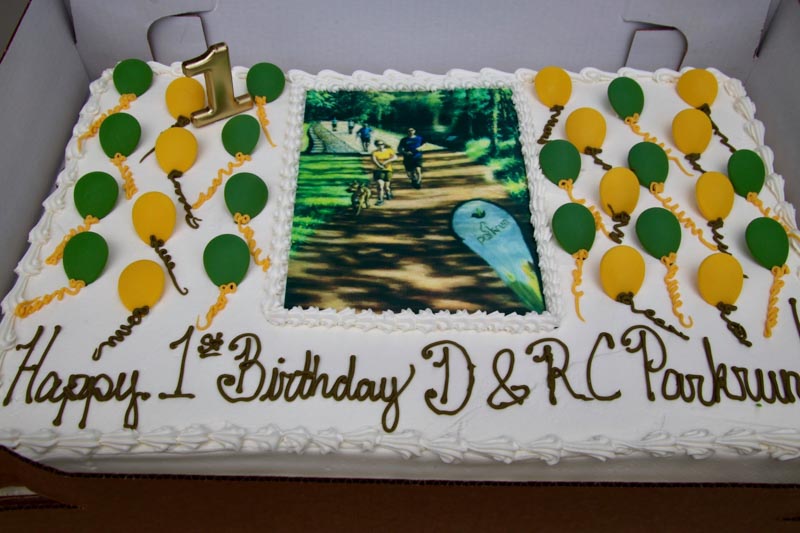 Peace Valley launched 3 weeks ago giving Doylestown, PA, and the surrounding area the opportunity to join in the parkrun fun.  It has been the project of Matthew and Patrick since they met at Delaware and Raritan Canal parkrun in 2019.  They enjoyed the event so much they embarked together on a project to bring one closer to home….