The Volunteer in the Background

Most parkrun volunteers are easy to spot. They’re wearing a bright yellow vest, scanning barcodes near the finish, marshaling along the trail, or any of the familiar roles. The volunteer coordinator (VC) role is less visible. Essential to the success of every event, but more in the background.

In this volunteer spotlight we meet Austin Adkison, VC at Rec Plex North parkrun in Pensacola, FL When we went looking for pictures of Austin for this piece we found that the fruits of his efforts are everywhere to be seen, but Austin himself is generally in the background.

Since the launch of RPN parkrun in February 2019 Austin has completed the course 20 times, finishing in positions ranging from first to last (tailwalker). And he has volunteered almost every week so far. 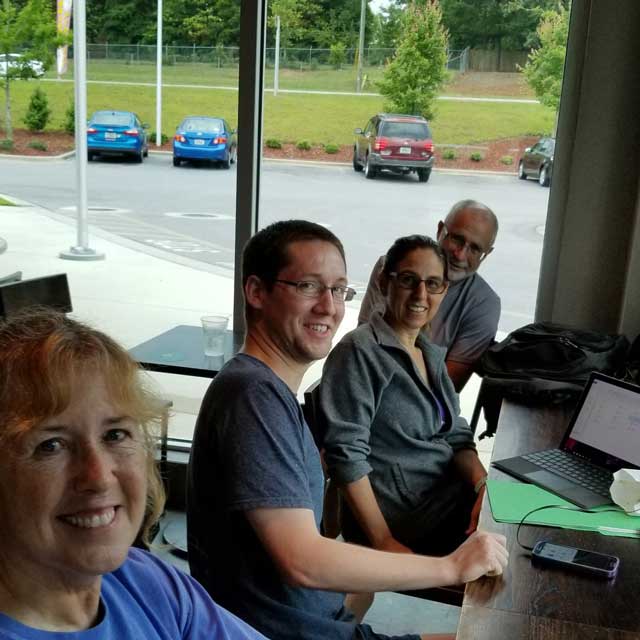 How did you get involved in RPN parkrun? What attracted you to the idea?

I first heard about parkrun through Caleb Carmichael. (co-Event Director and U of West Florida cross-country coach.)  We’ve known each other for several years, and he mentioned that Robin Foley had reached out to him about hosting it at the University of West Florida.

I have always loved running, and in the last decade had started trail running. I also like supporting grassroot initiatives. I think they’re important for communities to grow and thrive. You generally find passionate people in such communities, which is exactly what I had found when I started trail running. Road running and road races are great but the trail community is a completely different group of people and mindset and it’s more in line with my personality.

What do you like about the volunteer coordinator role?

I love volunteering for things I believe in.

I enjoy talking to people (even though I can be fairly introverted), though I’m more open when it’s about something I’m passionate about. So being the VC allows me to meet new people and make new relationships with others.

I’ve enjoyed getting to know everyone who comes out each Saturday. I also think that with everyone building these relationships each week is the reason why we’ve been successful thus far.

We recently had an impromptu “Veterans Day parkrun”. It started out as a Team RWB day (Team Red White and Blue is a nonprofit that works to enrich veterans lives by getting them active in their community). Then it turned into us getting the ROTC group from the university involved, and we see lots of future possibilities in our community. 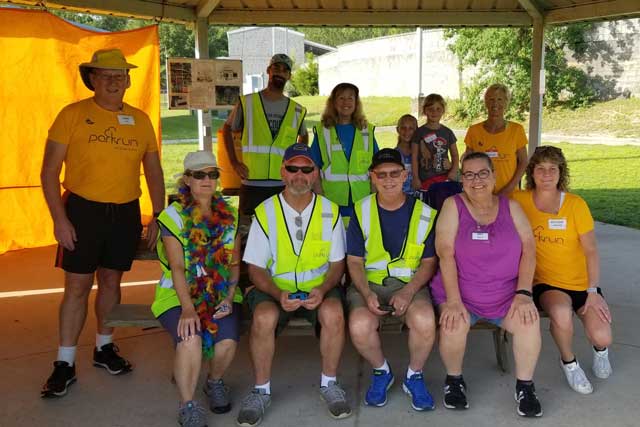 What is your favorite on-site role? You seem to have tried most of them.

Pre-event setup is fun because I’m one of the first people at the intramural field we use. I get to enjoy the quiet before everyone else shows up. There have been some nice sunrises.

How many in the RPN parkrun community did you know prior to parkrun?

Out of our normal team of volunteers, I only really knew Caleb. Some people I would see at local races or the UWF gym, but that’s it.

As for the participants, I knew many of them from before parkrun, as I’ve been involved in our running community for quite some time. I definitely know more people now than when I started.

Maeve Foley has a picture from several years ago at a local 5k. She was going through the pictures recently and it turned out that I was the person handing out medals at the race. So years ago we had our picture taken together but we didn’t know each other until this year.

We have been surprised and ecstatic about the number of international tourists we’ve had. We’ve had numerous people from Australia, England, and Ireland come to visit us.

Sometimes people reach out to us to try to coordinate a visit, but then the distances are just too great. [Pensacola is not even in the same time zone as most of Florida.] But we’re always excited to just make contact with them. 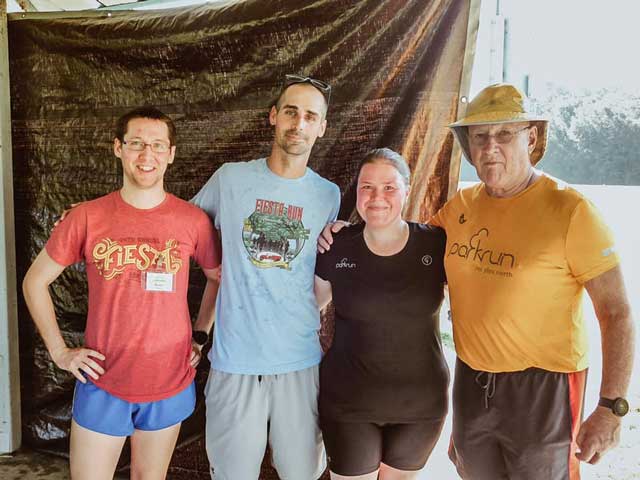 You are clearly the youngest among the most frequent volunteers at RPN parkrun. What do you think other younger folks could get out of volunteering at parkrun?

Ha, yes. This isn’t the only instance of that happening!

Volunteering and being involved in things that go beyond yourself is a big part of my personal beliefs, and I think that’s how we grow as people and as a community. So I think that participating and volunteering help to mold people. By interacting with others you learn more about people and cultures and it teaches you valuable life lessons that you can hopefully carry into other aspects of your life. 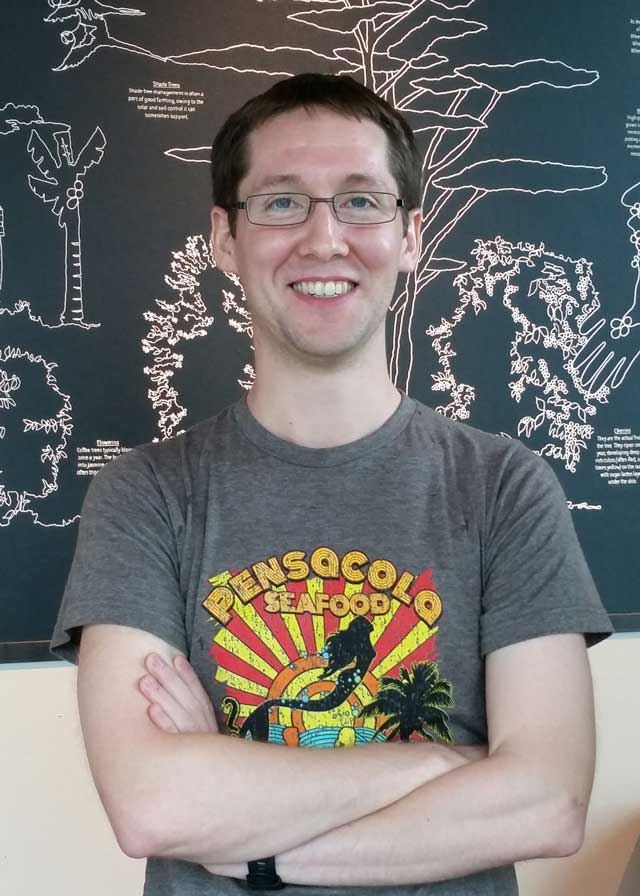