Our Thanksgiving parkruns in pictures

We hope your Thanksgiving went as well as ours. It was a fabulous first leg of our Thanksgiving parkrun double, with a dozen events going ahead last Thursday morning, with waaaay more runners, walkers and volunteers getting in on the action than expected.

Here are some of our favorite pictures and stories. 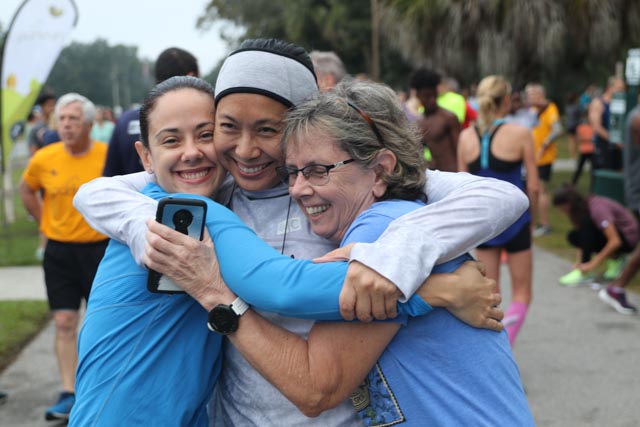 Friends starting the holiday together at Clermont parkrun. 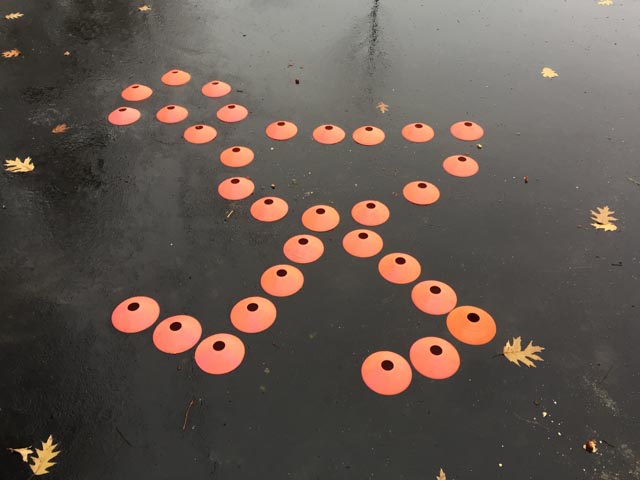 A fitting turnaround turkey marker at Jamaica Pond parkrun in Boston, in case anyone had a half-way forgetful moment. 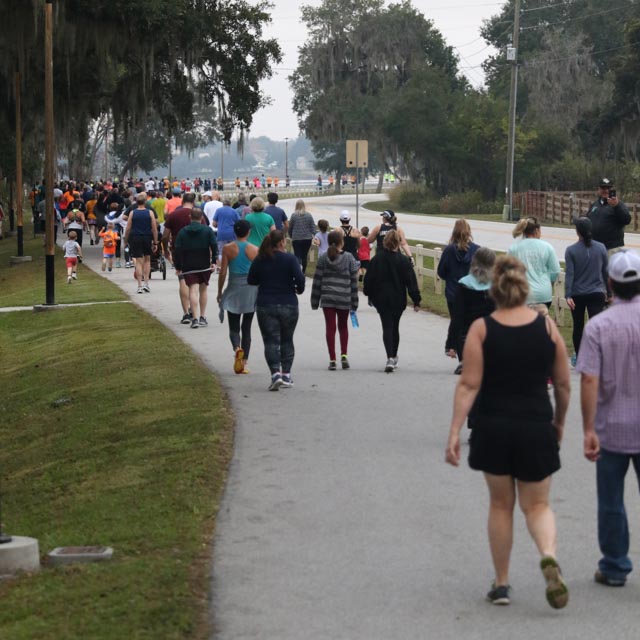 For the second year in a row, they saw a record turnout at Clermont parkrun. 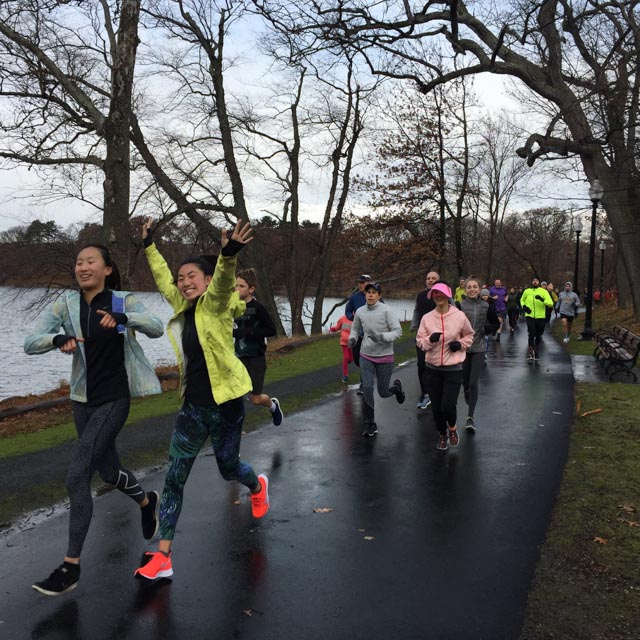 Biggest ever non-marathon weekend turnout at Jamaica Pond parkrun in Boston. A couple of hundred parkrunners showed up in the rain. It was JP parkrun’s first time back at the pond, and those rebuilt trails look mighty nice! 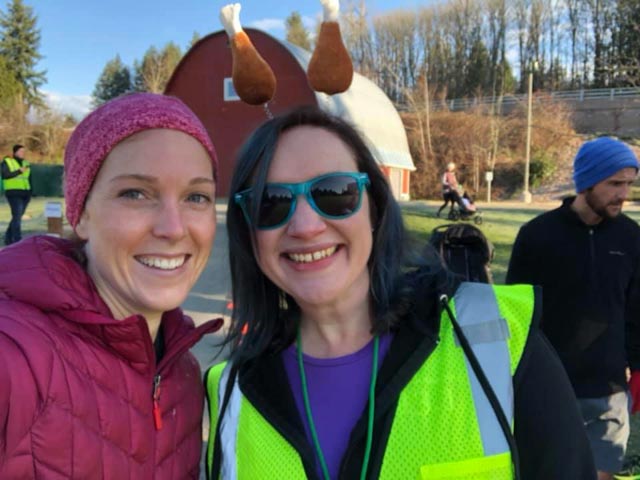 It was a party at Perrigo parkrun in Redmond, WA, with runners, walkers, and volunteers from all three Seattle area parkruns coming together. 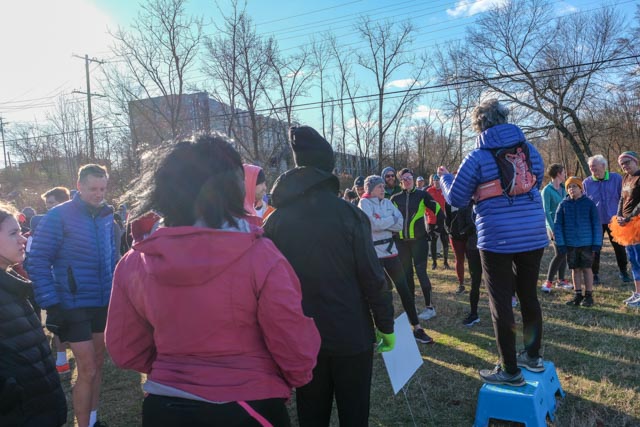 College Park parkrun also saw a record turnout, and with over fifty first-timers, the first-timers’ briefing was already quite the party. 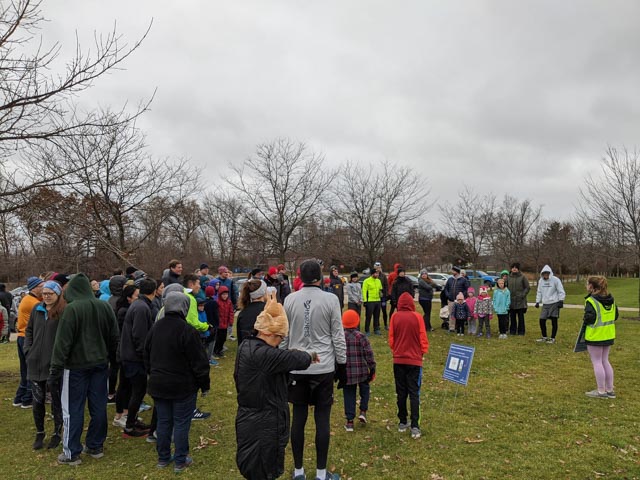 So many first timers at Lillie parkrun, Ann Arbor, another event that saw a record turnout on a chilly morning. 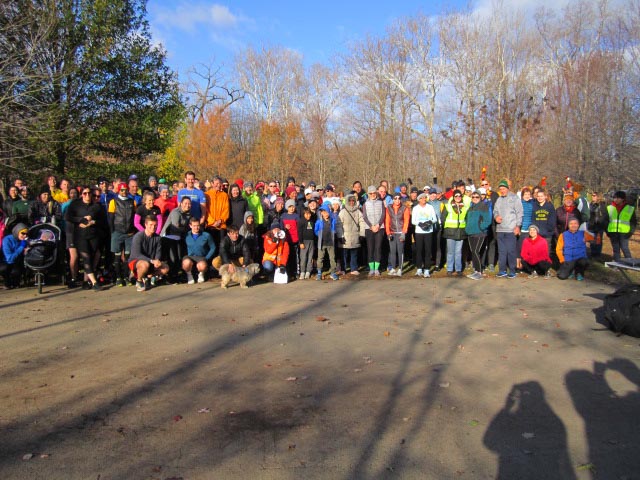 At Kensington parkrun in Maryland their record turnout has almost doubled in the course of a few weeks. Their pre-event family photos are becoming more challenging! 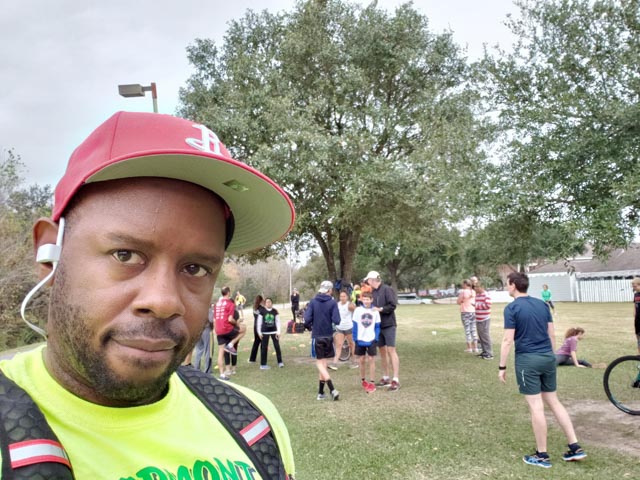 Stacy can normally be found parkrunning at Des Moines Creek parkrun in WA, but he got his Thanksgiving parkrun fix at Terry Hershey parkrun in Houston, TX. 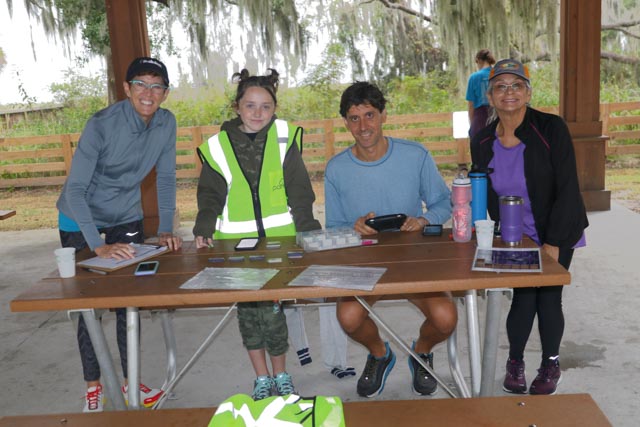 The Weedon Island Preserve parkrun crew don’t have their Thanksgiving parkrun in St Petersburg, FL until Saturday. So they headed over to Clermont parkrun for their parkrun fix. So ace volunteer Josi got to join the Clermont team for a day. 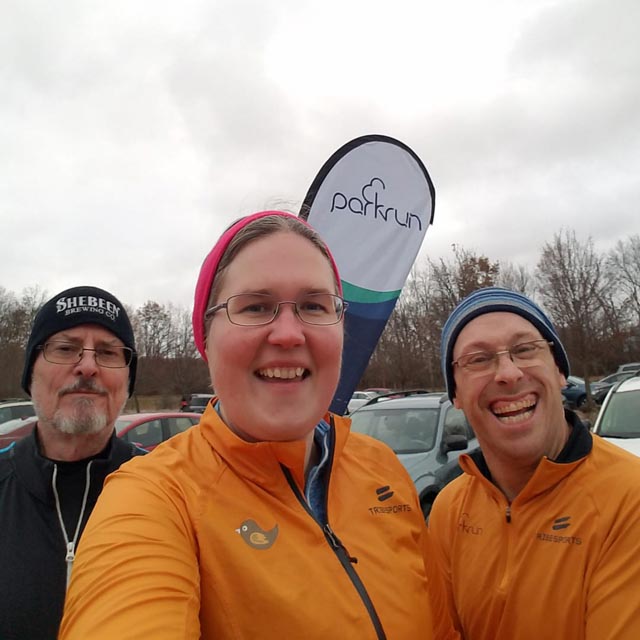 Janet is a regular at Jamaica Pond parkrun in Boston, but was visiting Michigan for the holiday. She was excited to introduce husband Chris to Lillie parkrun, Ann Arbor. Better yet, her dad came along for his first ever parkrun. 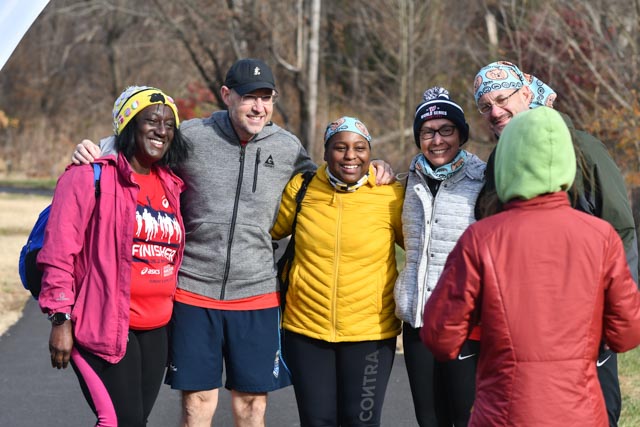 With the downtown DC parkruns closed on the holiday, College Park parkrun welcomed parkrunners from far afield who wanted a taste of Thanksgiving parkrunning: Rosemary and Commeletia visited from London. Darren and Lucille brought Australian cookies for the big crowd all the way from Sydney. 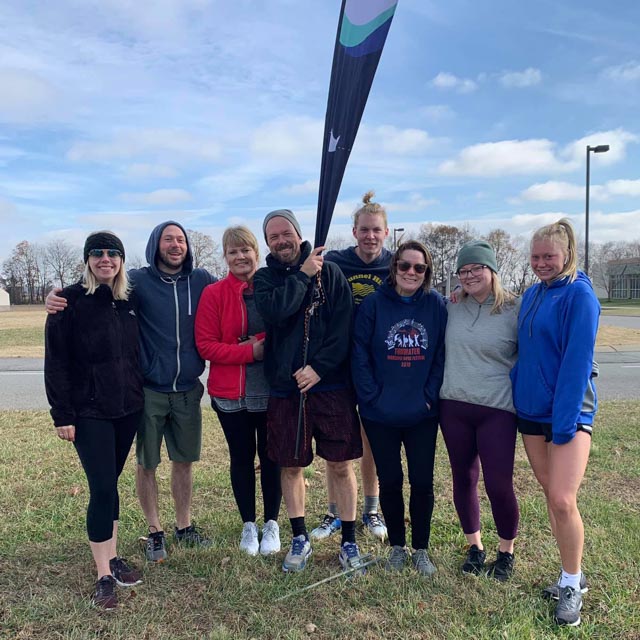 The frosty morning was not going to keep the big contingent from the Lever Clan away from Oak Grove parkrun’s first special event. 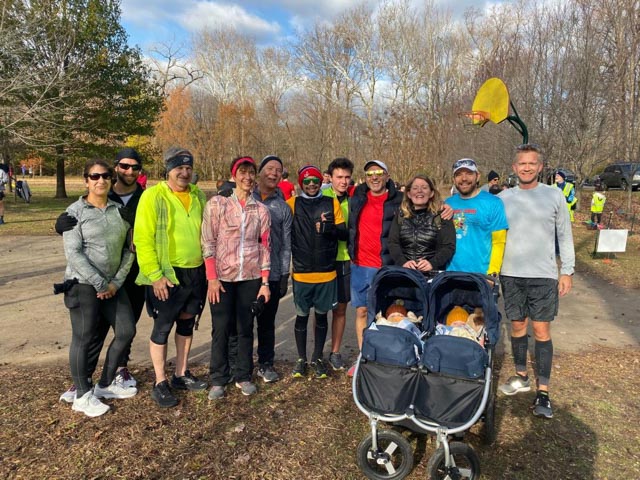 The big crowd at Kensington parkrun in Maryland included a contingent of migrants from nearby Fletcher’s Cove parkrun in Washington, DC. 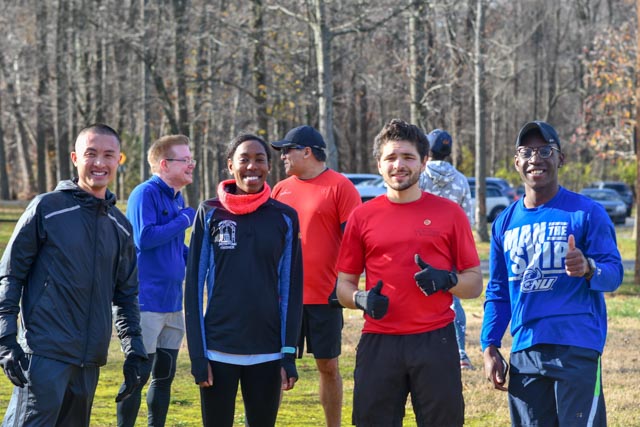 Dami (right) was searching online for Thanksgiving running events and was surprised to find College Park parkrun’s Turkey Trot on his doorstep. For free. Then he was even more surprised to find that it’s so much more. He already met new friends. 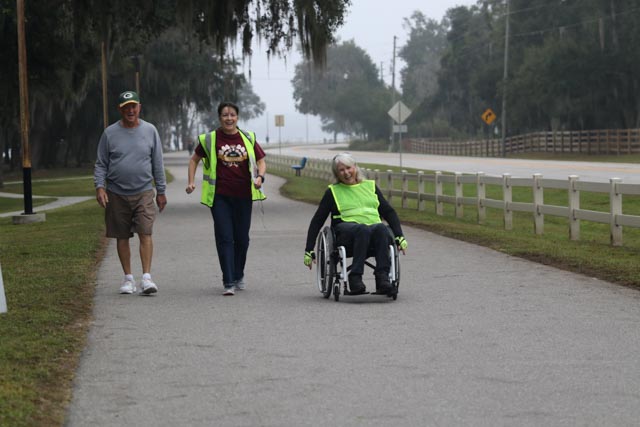 Tailwheeler Joyce ensured that everyone got back safely at Clermont parkrun. 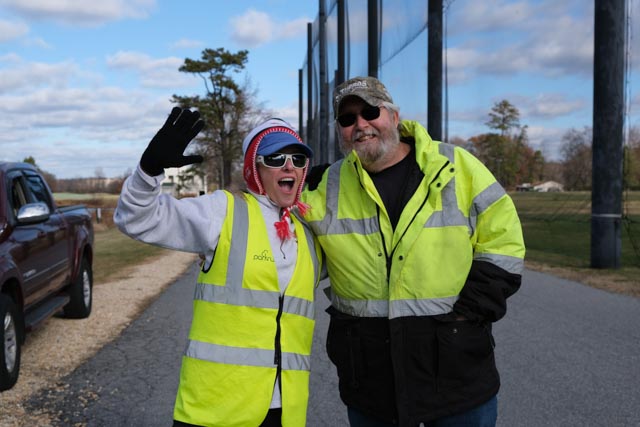 Win was planning to run at College Park parkrun, but then decided that it would be even more fun to join Hump as a course marshal and cheer leader. 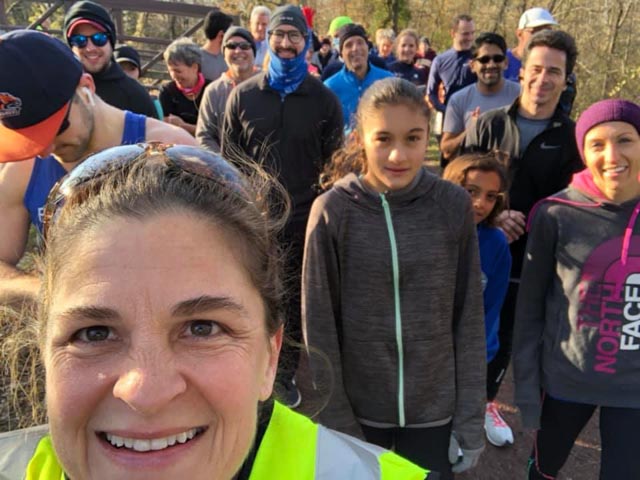 Thanksgiving selfie at the start of Delaware and Raritan Canal parkrun in central NJ. 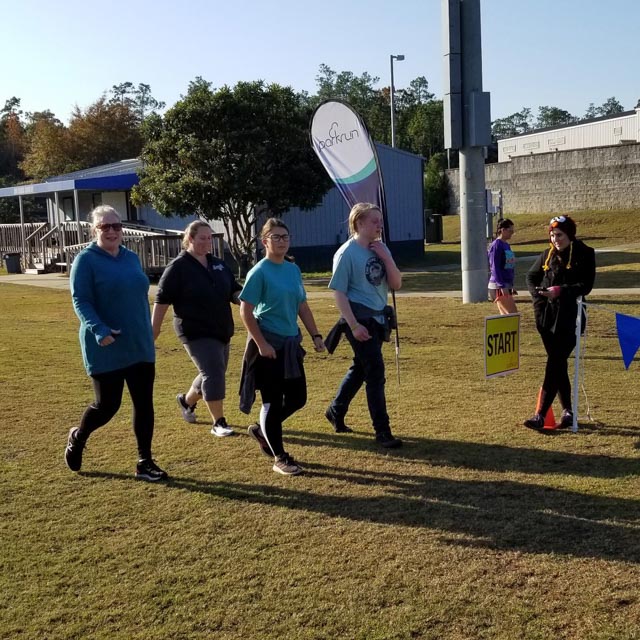 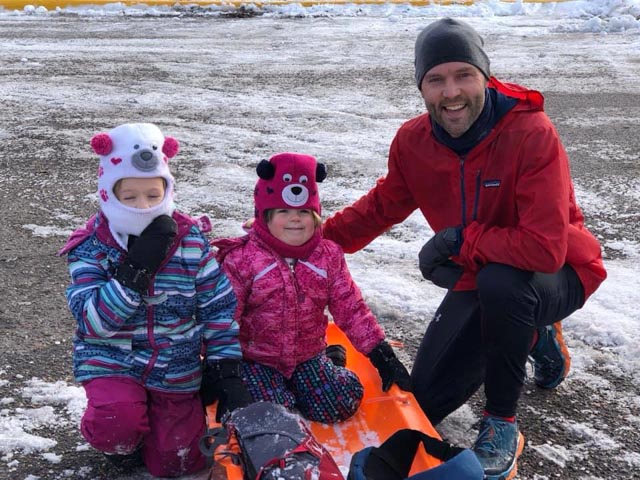 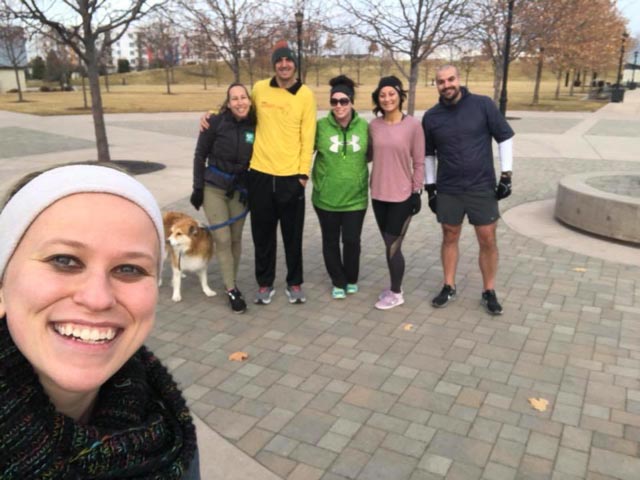 In the Boise, ID area, Kelly is looking to bring parkrun to Meridian. To help build interest she organized an informal Thanksgiving meetup for locals. Know of any others in the Boise area who would like to get involved? Drop us a line! 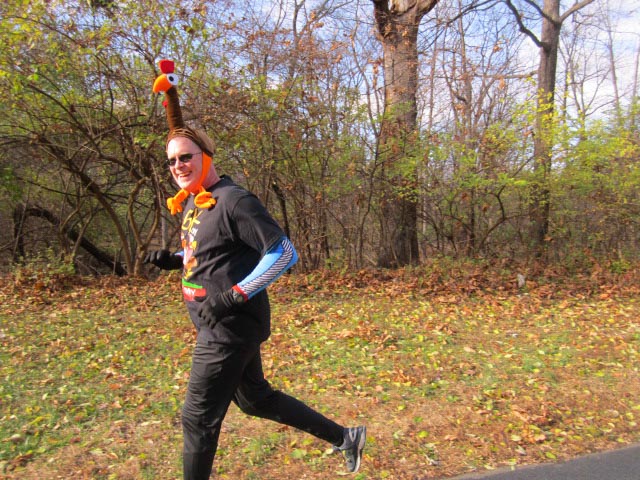 That was fun! Let’s do it again.

My kids have been running cross country since they were in 2nd grade in 2013. I have run with them occasionally during their practices, but never consistently. In 2014 I decided I wanted to run a 5K and try to be an example for them. So, one hot, humid August morning I went out for…