I’m not defined by my cancer

Amy Van Wyk was born with a congenital heart condition, requiring surgery in her childhood and twenties. In September 2018 she was diagnosed with advanced ovarian cancer, aged 36.

Here she tells us how she’s adapted to living with a heart condition and cancer, and how keeping active with weekly parkruns has been a great coping mechanism.

At three weeks old I had my first open-heart surgery. I had further surgeries up until the age of 5. In 2006, I started to experience tiredness and shortness of breath. After ongoing monitoring, my surgeon decided to widen my pulmonary artery, however this was unsuccessful. I underwent further open-heart surgery in 2007 to have a pulmonary valve replacement but unfortunately the valve failed and 18 months later I had repeat surgery.

Recovery took a long time and I had to make adjustments to my daily life.

In 2012 I heard about parkrun through my local running club and decided to go along and give it a try. My first parkrun was at Wimbledon Common and I absolutely loved it.

Everyone was so friendly, and the volunteers were so encouraging. I continued to take part and enjoyed the weekly goal of completing 5k outdoors in a sociable atmosphere. 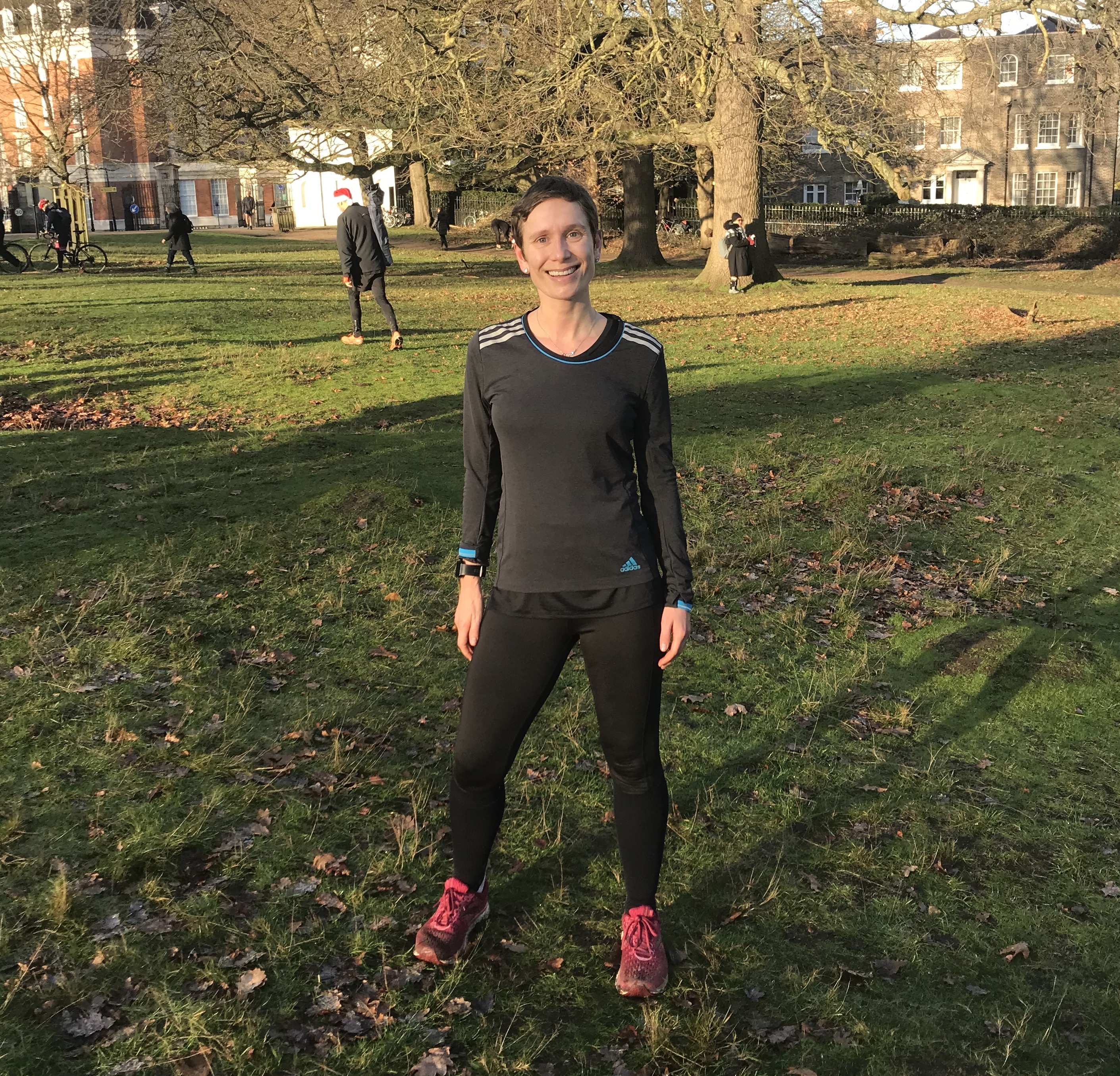 In the summer of 2017, I started to feel increasingly tired. The doctors continued to search for answers and in September 2018, after an ultrasound and tumour blood test, I was diagnosed with stage three ovarian cancer. I underwent surgery in October 2018 and chemotherapy started five weeks later. I continue to have treatment once every three weeks to keep my cancer stable. I have side effects from treatment while include joint pains and fatigue but I find exercise helps.

During chemotherapy I continued to walk but set myself a goal that I would get back to parkrun when I felt stronger. I started with a couch to 5K app seven months after surgery and built up to running.

I completed my first parkrun, following my diagnosis, in June 2019 at Nonsuch Park. I alternated walking with jogging and felt amazing when I completed the course. parkrun gave me such a boost and I was determined to keep going to reach 100 parkruns, which I achieved in August.

My favourite parkrun moment has been completing the double parkrun challenge on New Years Day. It felt like a huge achievement and a great way to start 2020.

I would encourage anyone to give parkrun a try. You will find a friendly, encouraging group of people and you will soon get the parkrun bug!

I continue to focus on what I can do and I’m determined not to be defined by my cancer or my heart condition – for now I’m a parkrunner.