From loneliness to happiness

Haruka Murayama is Event director at Tsujido kaihin koen parkrun in Japan. But her first introduction to parkrun was over in Northern Ireland. Here she tells us how parkrun helped her combat homesickness and improved her confidence.

It was about two years ago, early January of 2018, when I discovered parkrun for the first time. I was studying in Northern Ireland at the time and my local friend invited me to parkrun. I hadn’t heard of parkrun before and didn’t expect myself two years later to be trying to launch a parkrun in Japan.

People ask me “Why did you choose to study in Northern Ireland?”. I normally reply with two answers. It goes without saying that the university I applied to was the main reason, but also, I wanted to put myself where there weren’t many Japanese people so as to improve my English level.

As I had expected, the stay in Northern Ireland provided me with a great opportunity to practice and boost my language level, however, loneliness also grew as time passed. In other words, I became homesick.

Even though I knew parkrun is a free, fun and open-to-everyone event, participating in it alone was challenging. One other concern was whether I could communicate well with authentic local people.

Arriving at the parkrun in Portrush, the atmosphere was really warm. The Run Director asked participants if anyone was new to parkrun or from a different parkrun, so newcomers could appreciate the welcoming feel. My original impression of parkrun was a “running race” but you’ll soon notice it’s more like a “community event”. 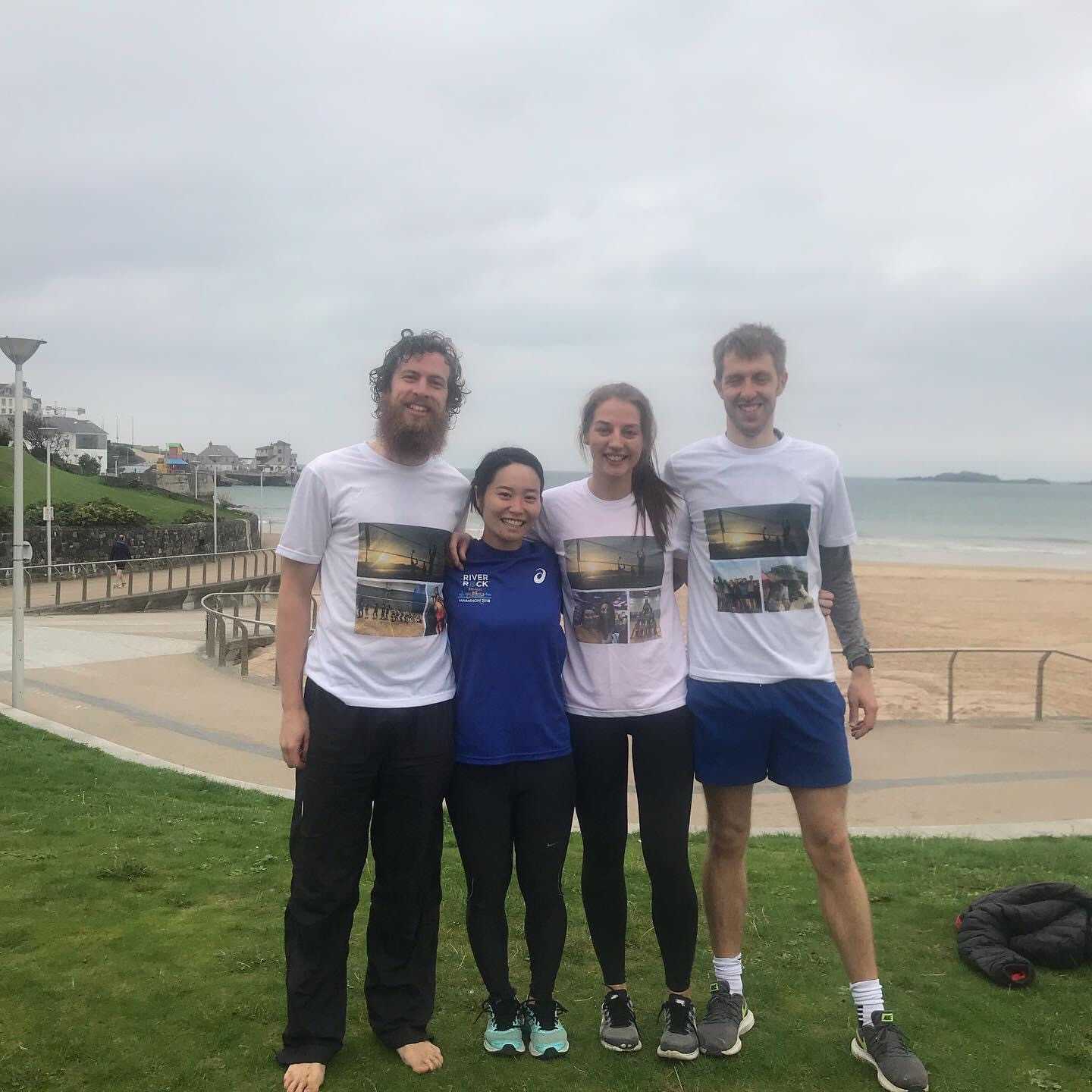 Some people take their dogs, some wear Santa costumes at Christmas time, and there is always something to celebrate. In addition, the tea after parkrun gave me a lot of opportunities to talk with local people – which I especially enjoyed.

parkrun fulfilled the hole of loneliness and Northern Ireland became my second home. Leaving the country was tough, but I came back home with my small dream – to launch a parkrun in my hometown.

Coincidently, in April of the same year when I was back in Japan, parkrun was launched in Tokyo and I had a chance to see Chiaki from parkrun Japan. She supported us a lot and thanks to the great help from volunteer members, Tsujido kaihin koen parkrun has finally started after 16 months of preparation.

I’m so grateful that parkrun has started in my hometown, however launching of parkrun in 2020 embraces an extra meaning, I guess. Lifestyle has been significantly changed by COVID-19 and the opportunities for real-world communication and connection dropped. So, life in 2020 has made me realise how precious it is to be able to have parkrun now and also being able to see parkrun friends in the real world.

parkrun benefits not just your physical confidence but enriches the sense of belonging and happiness. parkrun isn’t widely known in Japan yet, but I hope more people know about our events in the future. As for my international friends, come and join parkrun in Japan when the situation allows…!

This Saturday, parkrun events in Victoria, Australia, will return, and next Saturday we are reopening another nine Russian events, of which four are completely new, taking us to 23 live events there.   Whilst these are relatively small steps, each step is a positive move forward. However, following on from last week’s update, we remain…