Depot Park parkrun was one of the events that restarted this weekend  for the first time since COVID-19 hit us last year. Event Director Kristen Bryant describes how she was both nervous and excited in the lead-up, and talks us through how the morning went.

“It was absolutely amazing” Kristen described it but also understandably admitted she was a bundle of nerves in the lead up to the weekend. “I was full of nerves a few nights before the event, but it all went well!”. Kristen is the ED of one of ten events restarting last Saturday. It was the only one in Florida operating that day but that will soon change.

It’s been 14 months since we last had parkrun in the USA. Every parkrun in the world was put on pause in March 2020 in line with the advice from global health authorities. At the time the closure was initially to last until the end of the month – so three weeks total. As time went on, it became clear to all of us that this might go on for much longer. 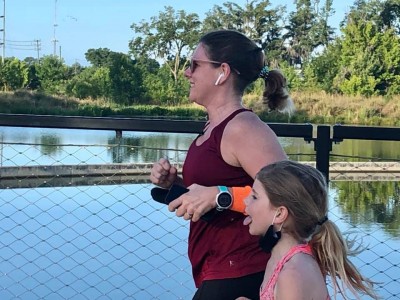 Many countries have been able to restart in some capacity before now. New Zealand, Australia, Japan and Russia are some examples. The events in those countries were able to demonstrate that operating under a parkrun COVID framework was possible, which calls for some measures to be taken by event teams – like providing hand sanitizer for volunteers, and shortening the pre-start briefing. With this framework well practiced, and the easing of restrictions around the USA, an opportunity on May 22nd was presented for some events to return if it was safe and legal for them to do so.

Depot Park parkrun located near Gainesville, Florida, was one of those events. The park itself was built on a former polluted industrial site and has become a frequent go-to spot for citizens of Gainesville. Before COVID hit, the parkrun was a staple for locals and gained a welcoming and friendly community. It was a real loss when it became impossible to operate under restrictions. Gainesville experienced a tight lockdown for a time like many other states. “Being in Florida we are used to panic buying due to hurricanes, but this was on another level.” Kristen described. The height of the lockdown happened for 3-4 months, after which there was a slow return to the lenient level of restriction we see today. 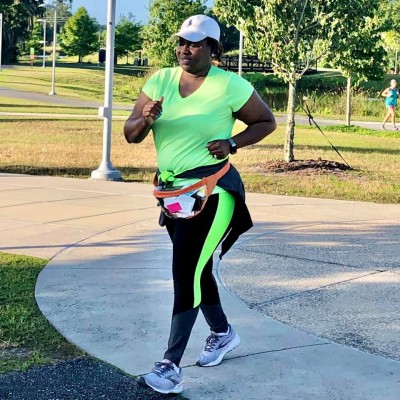 Kristen admitted to some in trepidation in the week or so before the run. Will the volunteers come back, will they remember what to do?  Thankfully the team seemed to settle right back in. “The volunteer team were amazing and settled right back into it like it was riding a bike”

On a general note there were a few differences this time like keeping the runner briefing short, having participants space out where possible, and sanitising surfaces and the tokens. It all seemed to help as the participants felt safe.

The morning was one to remember. The weather was absolutely perfect and the community really looked forward to and benefitted from the return of the event. Mary, perhaps more than most. 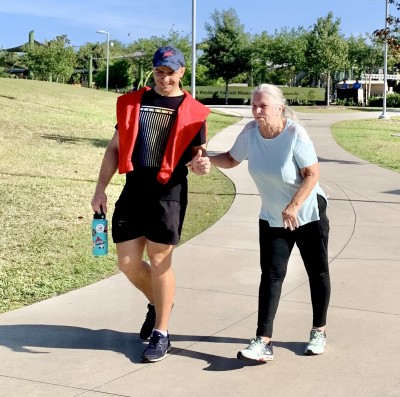 Mary was concerned that lockdown and quarantine had had such a negative impact on her wellbeing that she was concerned about completing the 5K. A daring 70 year old boxer, she asked her coach to come along to join her. The way that Depot Park parkrun is set up means that you don’t really have any visibility of any soon-to-be finishers until 20-30m from the finish. The whole volunteer team happily waited for Mary to finish and when she turned the corner there was an enormous cheer for her, and it was smiles all round! 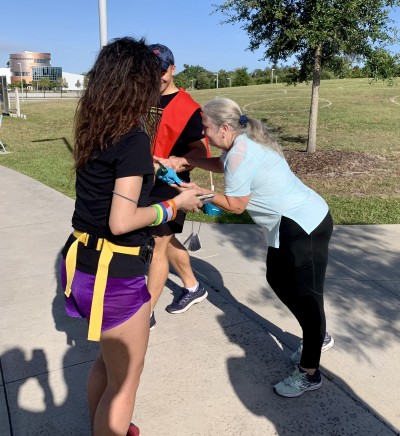 On another note, the morning also included a ‘purrk-runner’! 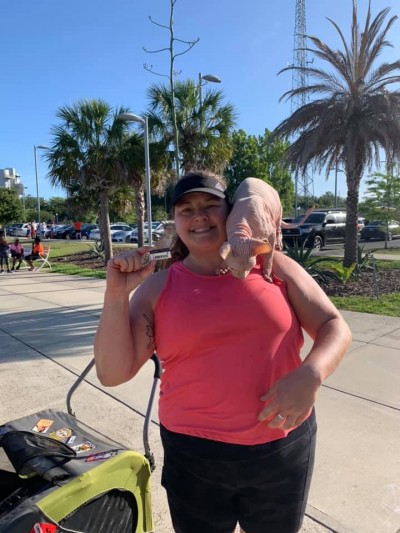 Once everyone had finished and all results had been counted the team processed 67 finishers, of which 12 were first-timers and 18 had personal bests.

Nationwide, we had ten events return with 561 participants overall. We expect seven more events to return this Saturday. To find out if your event is on, please visit your local event and social media pages! 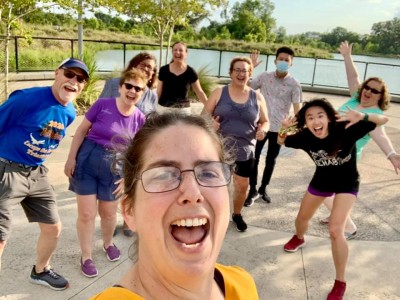 A big thanks to all our volunteers at Depot Park!

We have some great snippets from parkrun’s across the USA since we restarted.  You have been posting lots and lots on social media and we love seeing them!  Here’s a great selection that came through:   A brand new parkrun!  We’ll have a profile of Utah’s first event in a couple of weeks, but a big…