Marlena has battled with her weight her entire life. Having never identified as a runner, it took her six years between signing up and finding the courage to go to her first parkrun. Now she has a message for all the other women out there thinking about their first parkrun.

I have always felt I would like to run but as someone who has been very overweight all of my life, I always thought parkrun was absolutely not for me.

I’ve dabbled with exercise, on and off. But a colon cancer diagnosis a few years ago left me feeling like I really needed to make some changes.

I had done a little bit of trying to run over the years but the whole idea of being a ‘runner’ did not fit with how I felt about myself and my self image. I kept telling myself all of that rubbish about running not being for unfit overweight women of 60 years old. The images I saw of ‘runners’ did not reflect what I looked like, how I dressed or how I moved.

Now I realise that mindset only actually exists in the minds of ‘non runners’ fed by images in the media that give a false impression. The reality is that anyone can run. I now know that runners are actually just regular people, any body, any shape, any size, any age. 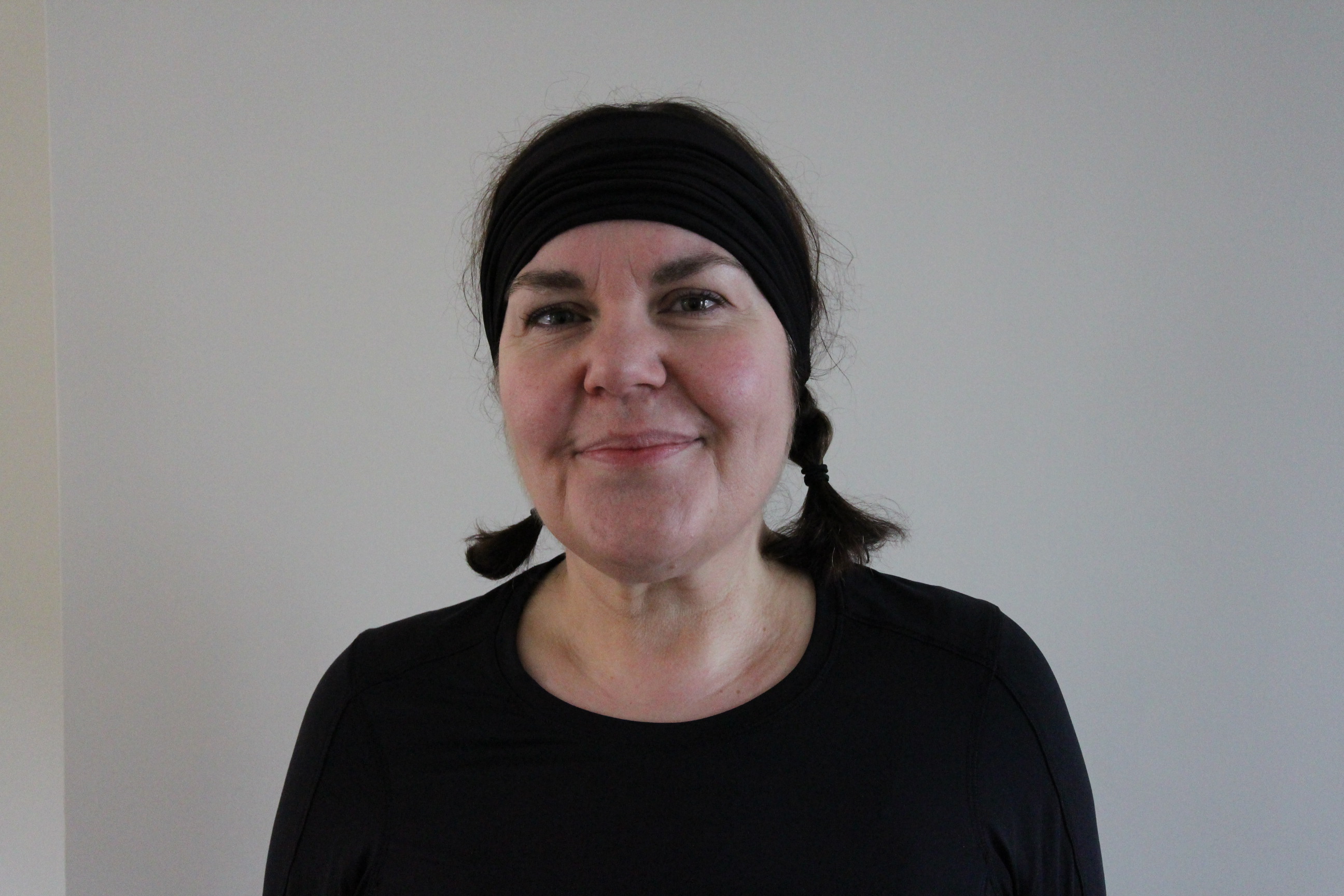 It was six years ago when I signed up for parkrun. Mentally, I’ve just never been ready to go. Four weeks ago that all changed.

Last year I took redundancy and retired. I decided it was time to start focusing on me, and I did my own little couch to 5k programme. So I thought why not go to parkrun.

I am not lacking in confidence, but I was extremely anxious and emotional about going to my first parkrun. I was nervous about my size and lack of fitness and didn’t want to stand out or hold up the organisers by lagging behind.  I’m not normally afraid of embarrassing myself, but I felt like parkrun was a situation where I wouldn’t be in control and I like to be in control!

I took my husband along for support, but I cried on the way there. I was so anxious.

When I arrived it was cold, raining and muddy. I really wanted to back out, but I thought no come on. I have to do this.

I remember seeing a man in running gear, he looked like he knew what he was doing and could show me the ropes so I went and chatted to him and he told me a few bits and pieces about the parkrun and reassured me that it was okay to walk and run or just walk.

It was two laps, I thought I would try and jog round once but, with the help of this stranger from the start line, I did actually get round twice and complete the course.

On my first lap I was worried about running on grass when it was raining.  I felt someone by my side all of a sudden. It was the man I had chatted to at the beginning. He remembered I had said I was worried about being on my own through the mud and come back to run with me. Once we were back on hard standing, off he went back to his own parkrun.

But, as I was finishing my first ever parkrun, so already feeling a bit emotional, who did I see running back towards me, to cheer me on to the finish? The stranger from the start! I feel tearful just thinking about it now! I finished on such a runner’s high.

For me, this man embodied the spirit of parkrun. There he was – a lean, mean running machine – coming back to run with an anxious (slow) first timer.

I saw him the next week, and he had a big smile on his face, he’s my guardian angel. I found out that some weeks he runs and other weeks he volunteers to help with the organisation. Volunteering is a great way for people that are not ready to walk/run the course to get involved.

I’ve been back to parkrun every week since. My husband isn’t even a runner, and he doesn’t want to run, but he loves coming along with me just to be in the parkrun environment because it is so inspiring.

I love being part of parkrun and feel much more confident about going. No more tears, no more anxiety, and finally I give myself permission to identify as a runner. In three weeks I’ve knocked three minutes off my finish time. 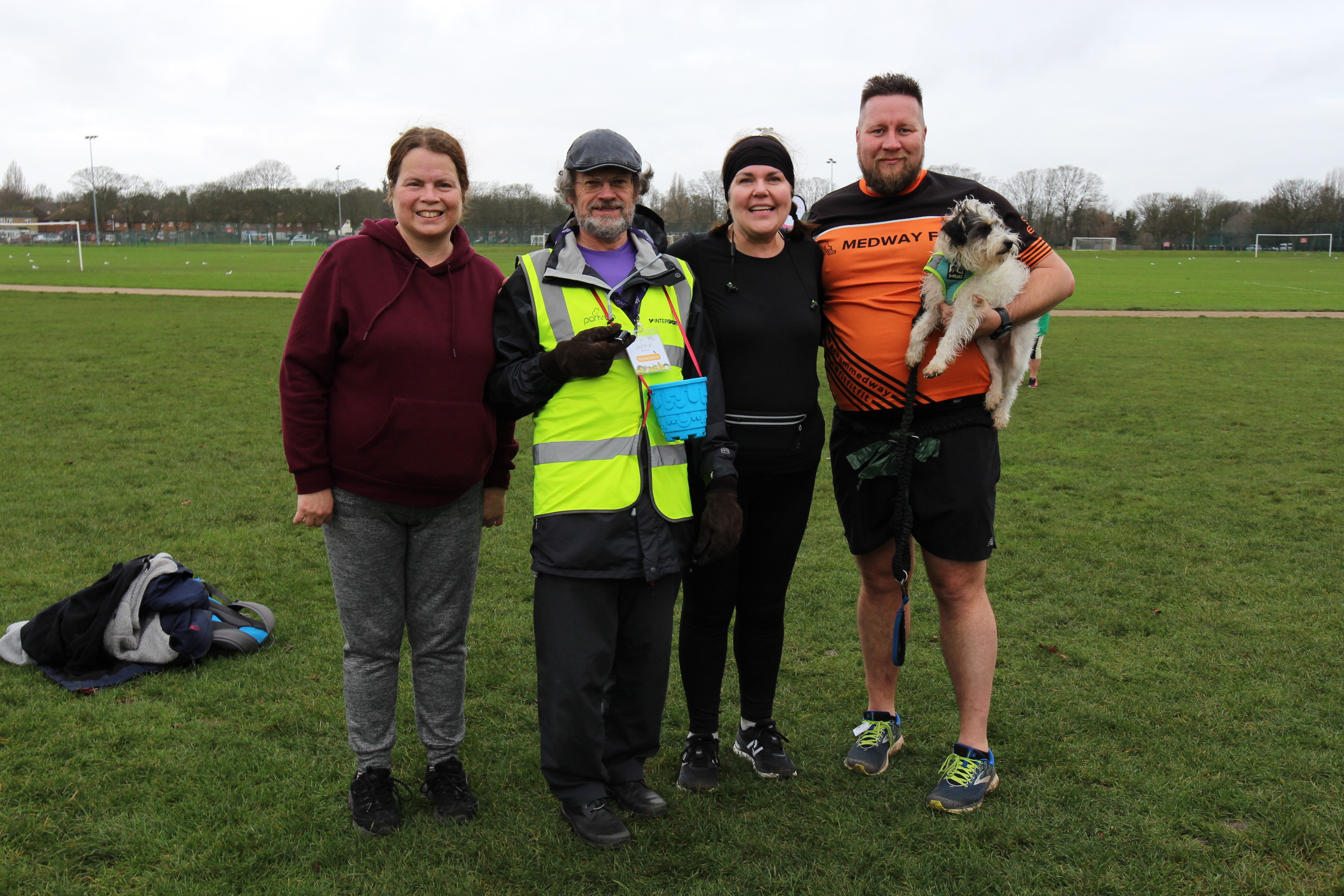 I love it, I really enjoy it, and I’ve realised I am entitled to enjoy it along with all the other parkrunners who come in all shapes, sizes and abilities, some walking, some with dogs and some pushing push chairs.

Before retiring work was my hobby and I was not great at making friends. Parkrun has helped me find this connection with other people and to feel more connected with my community.

It’s inspiring, it’s motivating and it feels like a gift at this stage in my life. It has kicked my life up a gear, and it has given me a focus and of course helped me to get fitter.

I know there are many men and women out there who might be fearful of trying to run and can’t get over the hurdle of worrying about how they look and being judged. My strong message would be you can do it and you are not alone! It takes a little time and training to get into it and it is hard at first for everyone – no matter what their shape, size or skill.  Nobody is born a runner. With practice you will find you will improve quickly. Go for it!