Peace Valley launched 3 weeks ago giving Doylestown, PA, and the surrounding area the opportunity to join in the parkrun fun.  It has been the project of Matthew and Patrick since they met at Delaware and Raritan Canal parkrun in 2019.  They enjoyed the event so much they embarked together on a project to bring one closer to home.

“It was initially Rory who connected us” Patrick describes how he had initially met US ambassador Rory Murphy at the parkrun in New York State and how someone else had done the same from the Doylestown area. The co-Eds didn’t initially know each other and learned how the other found out about parkrun.

“For me I ran parkruns in Northampton, England, and when I moved over here I was keen to keep on parkrunning” Matthew explains, and Patrick had heard about the series on an online running forum and after several mentions figured it was about time he experienced what all the fuss was about. 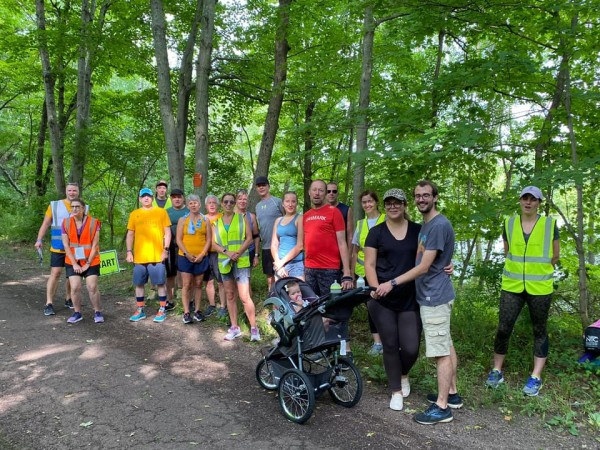 After Rory connected the two, Catherine Weimer who is another of our US ambassadors, become a great help as she helped make the introduction to the local parks and recreation board.  “The park rangers were really awesome as they really got the community purpose behind the event” Matthew mentioned.

They initially drew up a route around Peace Valley Park but it was met with some initial criticism by the Park Rangers.  “It was in a really busy part of the park which would have resulted in some conflict with the existing park users”.  The park rangers suggested the east side of the reservoir which doesn’t see as much traffic.  “They were also really happy that we would be helping us promote use of the park!”

In the Fall of 2019, the two prospective co-Eds launched a Facebook group ‘Let’s bring parkrun to Pennsylvania’ which not only was to encourage interest about the idea, but also highlighted that there wasn’t yet an event in PA and this could be the first! The online group was really useful in gathering support in the event.  Matthew and Patrick wanted to ensure a big mention went out to Liesbeth who really embraced the online group and kept it buzzing with content.  Liesbeth made popular the ‘selfie’ collage, and what a sensation!  So many selfie photos came in and as we approached our launch date it was fun to see all the selfie photos to come in and be included in these collages.

The facebook page has been really active and you can check it out here, but we included some of the selfies below. 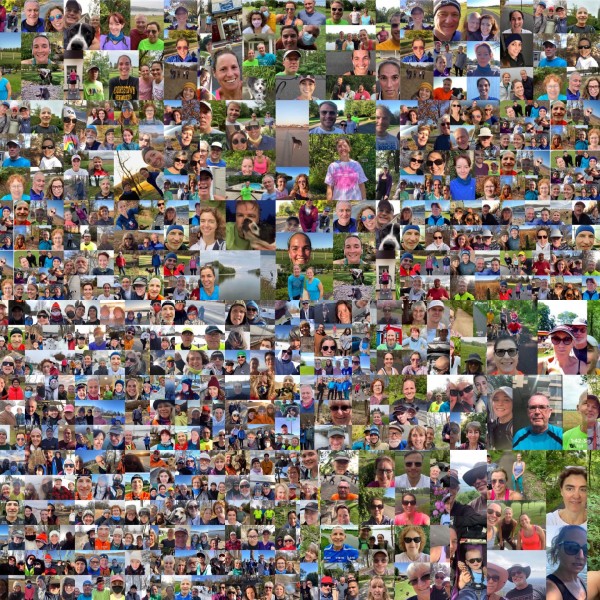 Through working with Catherine, Rory and parkrun support, the pair were thrilled to start planning for the launch date of 25th April 2020.  Except, well, we all know what happened.  The team was really sad but the Facebook group helped them get through that and especially through some dreary days through Winter.

Matthew described when it looked like things could get moving again “It was in April/ May of this year when our state started to open up again that it became clear we may be able to get our parkrun going”  So working with Rory again they got everything ready, received the kit, and began working towards our new launch date of July 10th!

Overall the event went really well.  The team were very impressed to meet a couple who drove from Chicago to be at our event, and moving forward they really excited about meeting other tourists and from the local community! 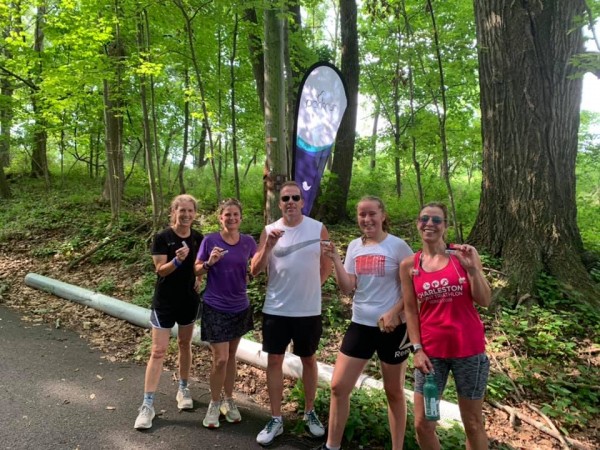 The event is located about an hour’s drive from Philiadelphia and the nearest city is Doylestown.  The area is steeped with history and is well known for it’s filming location having been featured in movie Signs, and Lady in the Water.  Staying with pop culture, Doylestown is the original hometown of international pop singer Pink!

A famous landmark is Fonthill Castle which was the home of archeologist and tile maker Henry Mercer.  It is a unique place with the tile work being an incredible sight.  Apparently all the furnishings are the original so it’s a genuine step through time!

The course is entirely within Peace Valley park which is part of Bucks Country and also surrounds Lake Galena.  In the park you can hike, bike, fish, sail and rent paddle boards.  You can even take a picnic for after your parkrun.  In the winter the lake freezes over so you could also ice-skate.

If you are new to parkrun we have a handy guide for you.  We try to keep things simple, but don’t forget your barcode!