Renton parkrun was one of two parkruns to return after a 17 month pause, and after receiving this letter from local ambassador Cathryn Burby, we really wanted to share!

Karen & Nikol led a successful re-launch of Renton parkrun on Saturday with 26 finishers. There were many familiar faces and even a few first-timers! 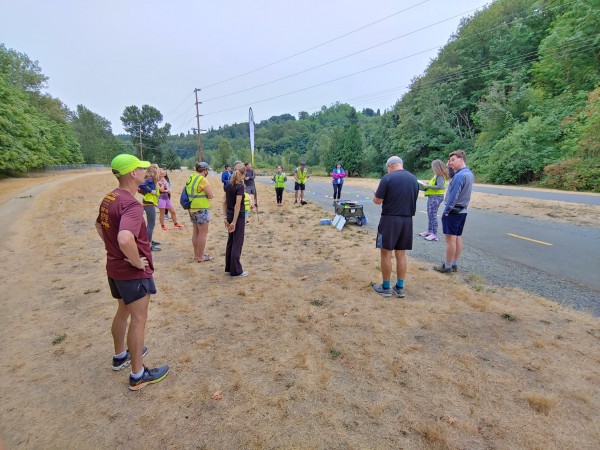 It was fun to see some of our under 18 crowd who grew up a lot over the past year and a half, some of whom absolutely smashed previous PBs. Akhil Srinivasan ran a pre-COVID PB of 19:52 and ran 19:28 this weekend. His younger sister Dhanya ran 33:13, blowing her previous PB of 38:08 out of the water! 1/2 of our tailwalking duo was little Eleanor Lee, who has been to parkrun many times before but is now “official” since she had her 4th birthday during COVID. We met Osborne, the son of a parkrunning couple who were still expecting their baby before we shut down last March. Mom Alexis was running 9 months pregnant at the time and this weekend Dad Eric took his turn and pushed the stroller. 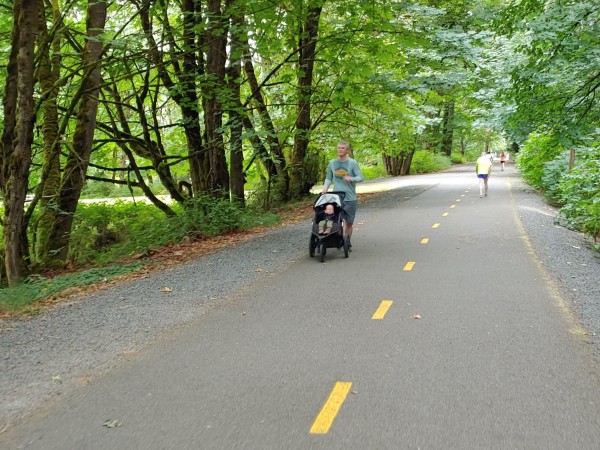 Osborne being pushed by his Dad, Eric.

On the other end of the spectrum, octogenarian parkrunner from Bremmerton, Gary, also made the long trek over for the re-launch. We also welcomed a family from Bainbridge who have been visiting each WA parkrun as they’ve re-launched. One of them ran and the other two walked and took photos as one was our volunteer photographer for the day. 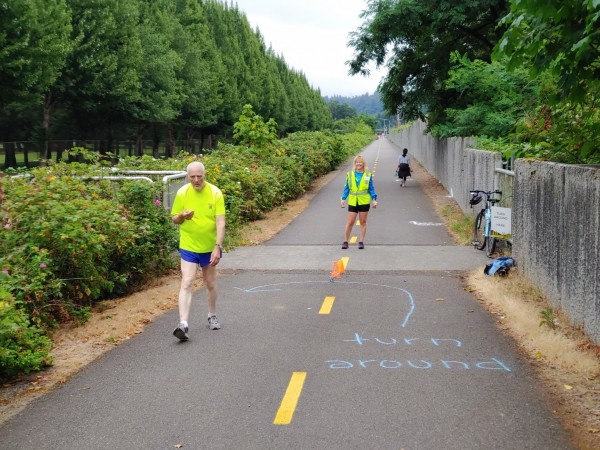 Gary at the turn-around point

Shawn Pearce and Nina Tang, regulars at Perrigo, came down for our launch and both logged PBs as well! Shawn was extra enthusiastic about his, as it beat even his non-parkrun PR on a 5K course that actually turned out to be short! So, he said he even beat his “cheat 5K time” on Saturday!

Matt Wexler, who was stuck at 49 runs when we shut down, really wanted his 50th to be at his home event so he didn’t play tourist at Des Moines or Redmond but instead waited for Renton’s re-launch. He also logged an impressive PB, beating his previous by 7 minutes! 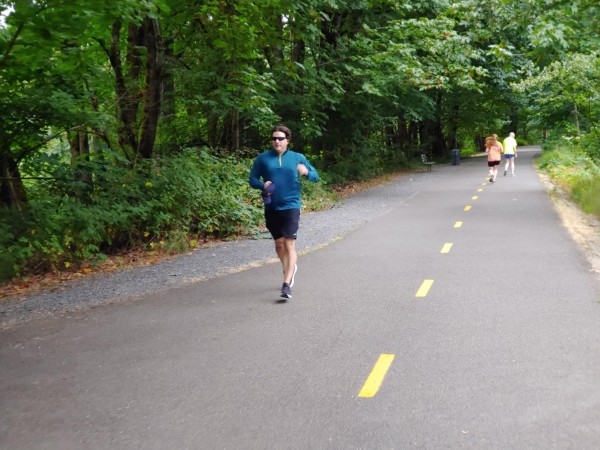 Matt well on his way on his 50th parkrun!

Abby Ruelas, who started running when Renton parkrun started, used to have trouble finishing the 5K without walking breaks. Pre-COVID she logged a PB of 27:46. During COVID she has logged 4,000 running miles (including a 43 mile run on her 43rd birthday) and a marathon (her first official live, in-person race) in record-breaking heat. She has also dropped over 30 pounds. Oh, and she’s signed up for a 50 mile trail race next month. She has a post-COVID PB of 23:05 (at Perrigo) and though she rolled in a bit late to Renton’s re-launch event, she still clocked in at 25:11. Can’t wait to see what she can do when she starts WITH the clock! 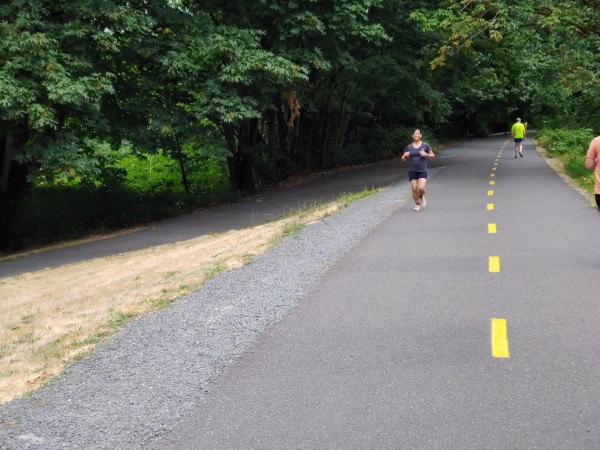 But, the real stars were Karen and Nikol, who have been working hard behind the scenes to sort out the kit, update the run brief and volunteer cards, assign volunteers, spread the word about the re-launch, introduce themselves to the city contacts, etc. etc. etc. Karen is a medical professional and has had some LONG days and nights as the Delta variant has sent many more patients her way in recent weeks. She rallied, coffee in hand, and made sure all of the supplies were ready to go and at the site by 8:30 am. Nikol took the RD position for the day and expertly followed the new COVID protocol. The three of us enjoyed a post-run outdoor breakfast while we processed results and submitted the volunteer roster. I’m thrilled that Renton parkrun is in their hands and am excited to see it start growing once again.

Thank you Cathryn and to Karen and Nikol who have taken on the leadership at Renton parkrun.  These heartwarming stories are really special! 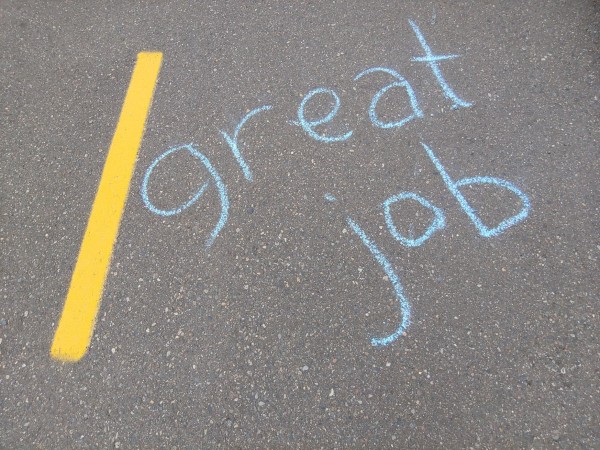